The distance traveled after impact and the area of impact has a great deal to do with the ultimate force of the object and the damage done, respectively, and

There have been plenty of urban legends about the dangers of walking underneath the Empire State Building, because careless sightseers might drop a penny off the top. This worrisome myth has been debunked, namely because of the shape and weight of pennies. The flat nature of the penny makes it float and be slowed down by air resistance; furthermore, it’s so light that even when thrown forcefully from the top, it isn’t likely to do any damage. 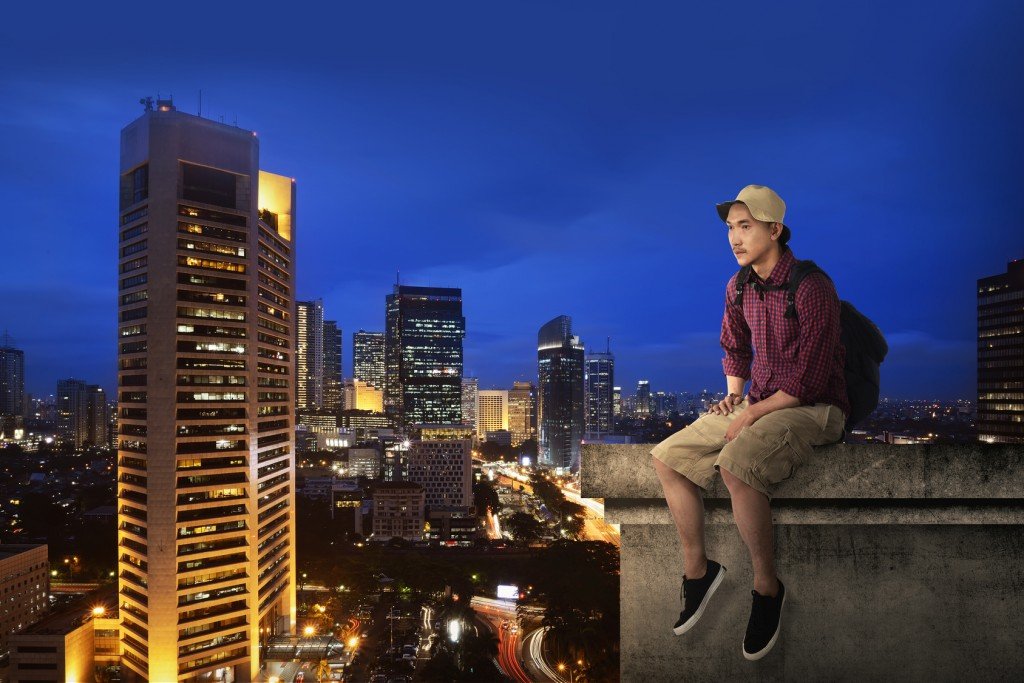 Hope he doesn’t have a bullet in his hand… (Photo Credit: Leo Lintang / Fotolia)

However, is the same thing true of heavier items, particularly those that are designed to be aerodynamic? For an extreme example, what would happen if you dropped a bullet from the top of a building?

Bullets, Gravity, and a Long Way Down

When calculating the force of anything being dropped, a few basic calculations need to be made. The simple equation for a falling object concerns the conservation of energy, namely the potential energy being converted into kinetic energy. For instance, when you hold a rubber ball in your hand a couple of feet above the ground, the ball has some potential energy that is converted into kinetic energy when you drop it.

So, one might think that when a bullet is dropped, instead of being fired from a gun, it can be less lethal. However, is that notion scientifically correct?

Terminal Velocity of the bullet

Terminal velocity is the highest velocity that the bullet will attain while falling through air after its drop from the top of the building. It occurs at the point where the downward force (due to gravity) becomes equal to the opposition offered by air against its downward movement.

Let’s assume that the bullet is a standard 9mm bullet, weighing about 124 grains (0.008 kg). It’s projection area is 0.000064 metres squared and drag coefficient is 0.295. Note that these values vary significantly according to the type of bullet used. Here’s the formula for calculating the terminal velocity of the bullet: 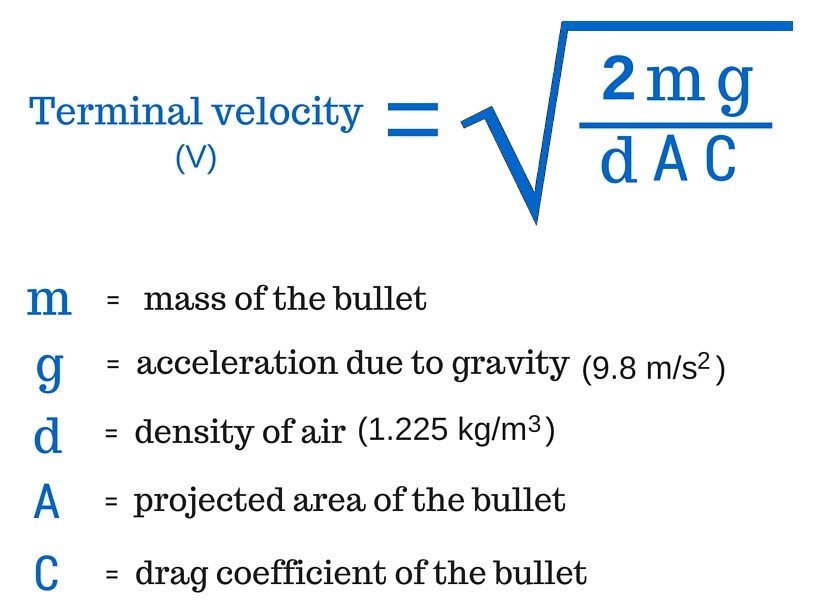 After plugging in all the values in the above formula, the terminal velocity of the dropped bullet comes out to 82.4 meters per second (184.3 mph).

This means that the bullet will reach the ground, and can potentially strike a human body, with a speed of 82.4 m/s. There are some findings that prove that a bullet traveling at only 61 m/s to 100 m/s can penetrate human skin, making matters even worse for a road-bound human.

It should be noted that the value of the terminal velocity of the bullet significantly varies according to its type and structure. Also, to make the calculation of terminal velocity less complex, we’ve assumed that the bullet comes down in a ‘tip-down’ orientation and there is neither wind nor humidity in the atmosphere during its fall. These are ideal conditions (to the point of being unrealistic), as there’s always some wind and humidity present in the atmosphere, which is why it would be very difficult for the bullet to maintain a ‘tip-down’ orientation. A bullet dropped from such a great height is bound to undergo continuous changes in its orientation, and is more likely to fall in a tumbling fashion.

Shape of the bullet

Now, bullets are designed to be aerodynamic and fly through the air as smoothly as possible, unlike a non-aerodynamic penny. Also, the calculation of potential energy is carried out assuming a vacuum, meaning no air resistance. However, there is air resistance on any object as it falls, which creates drag and slows down a falling object, thus reducing the final impact force. The aerodynamic nature of a bullet would offset this drag much more than a penny’s awkward shape, making it much more lethal than the latter. 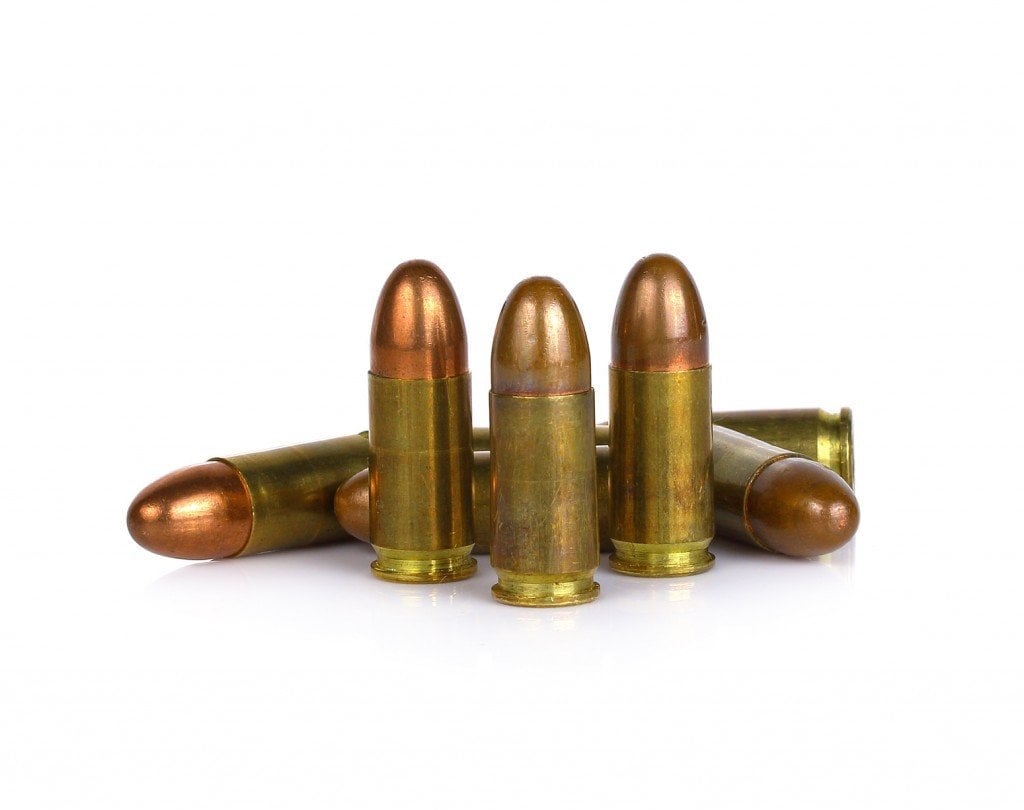 The Perfect (and deadly) Shape of a 9mm cartridge (Photo Credit: pairoj / Fotolia)

The distance traveled before impact and the area of impact have a great deal to do with the ultimate force of the object and the damage done, respectively, and since the point of the bullet would mean a small area of impact, it doesn’t bode well if the bullet were to strike a human body. A bullet would likely be able to chip a sidewalk, puncture a hole in a soft-surface car window, or even kill someone if it landed directly on someone’s skull.

While there are more specific calculations for the exact dimensions and variables in this dangerous experiment, suffice to say that a bullet dropped off a building would do a lot more damage than a penny. 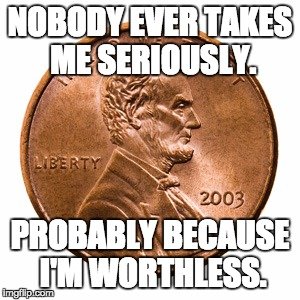 Think of all the stories of bullets returning to Earth after being shot into the air with deadly consequences. Those situations typically include the bullets flying much higher (and thus building up far more potential energy before they begin their fall), but the end result can be the same.

Our advice? Don’t try this at home… or in Dubai, where the tallest building in the world can be found!