Bearings are a family of machine components designed to reduce friction between moving parts while supporting relative motion.

With new fads emerging almost every other week, you have almost certainly come across a fidget spinner at some point in the last couple years. These tiny whirring toys took the world by storm, and no age group was immune. When their designs no longer appealed to overly creative people, they set about making their own versions—picking out the ball bearings and wrapping fancy contraptions of their own making around them. 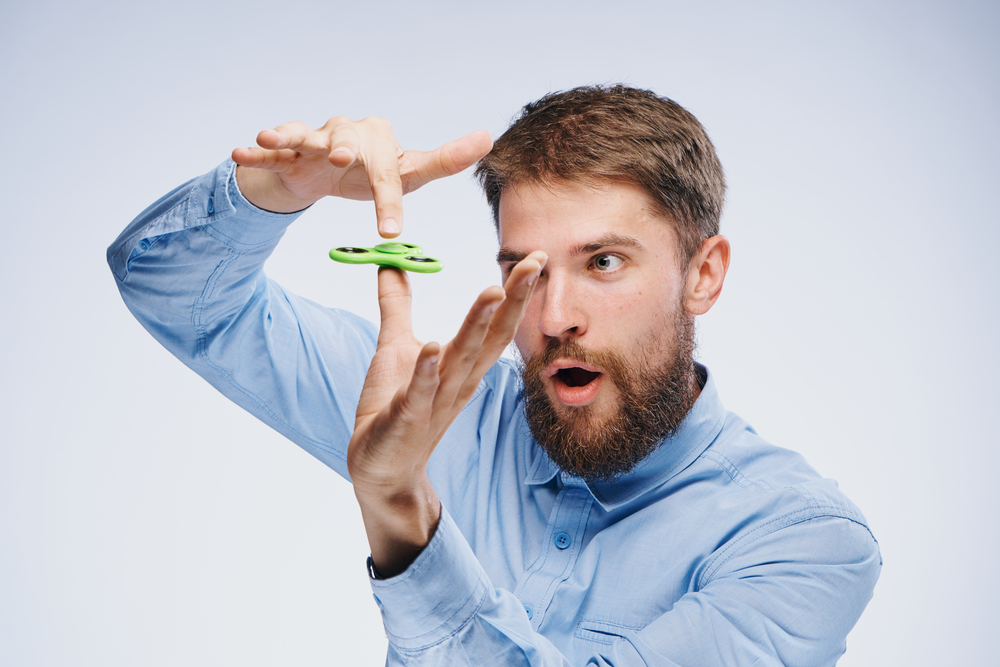 Fidget spinners are a popular toy that use ball bearings (Photo Credit : ViChizh/Shutterstock)

So what exactly is a ball bearing? Let’s find out!

A ball bearing is one member of a family of machine components designed to reduce friction between moving parts while supporting relative motion.

Sliding bearings are the simplest form of bearings that comprise plain or grooved surfaces on which machine elements can slide. They are inexpensive to manufacture and can support both linear and rotary movement.

The simplest example of a sliding bearing is a shaft in a hole. It can either rotate within the hole about its own axis, or it can perform linear motion along it. Without bearings, shaft movement in the hole can lead to erosion of the shaft, or the walls of the hole.

Rotary sliding bearings are designed like a sleeve in which the shaft rotates. The sleeve fits into the hole and supports the movement of the shaft. It can either be a single piece (bushing) or a split piece (journal bearing), depending on the required application.

Linear sliding bearings, on the other hand, allow the shaft to move along the hole. Sliding bearings require external lubrication to reduce friction between the moving parts. 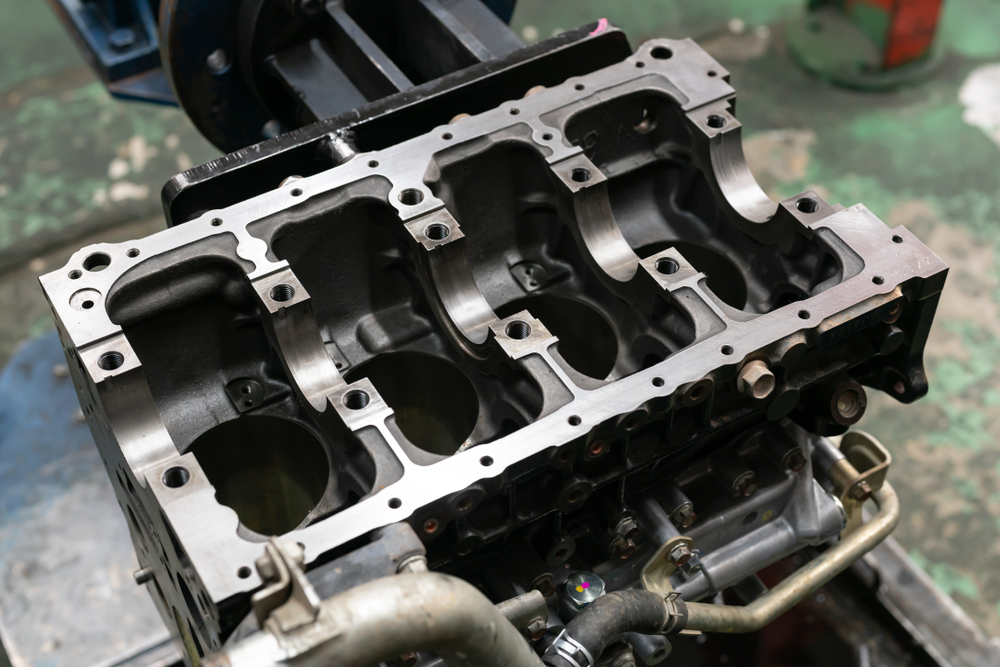 They are inexpensive to maintain and can be made of a variety of materials, such as cast iron, Babbitt, bronze, and other zinc-based alloys. Bushings can also be made of rubber, depending on their application.
Some common sliding bearing examples include:

Rolling bearings are the most popular form of bearings and are composed of rolling elements encaged in a housing, allowing relative motion between machine components. The rolling elements can be balls or cylindrical rollers, depending on the application of the bearings. Due to having a larger contact area, cylindrical element bearings are capable of bearing higher loads than their similarly-sized ball element counterparts. When the rolling elements are arranged in a straight line, they can be used to support linear motion, and when arranged around a circumference, they can be used to support rotary motion. 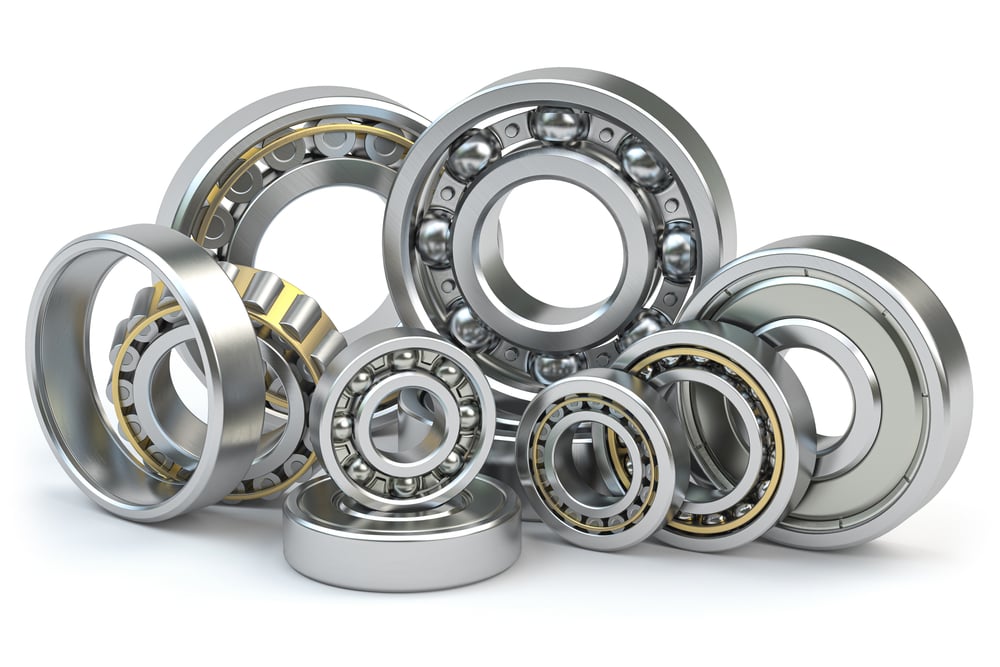 Rolling bearings can have spherical, cylindrical and even circular elements to reduce friction between moving parts (Photo Credit : Maxx-Studio/Shutterstock) 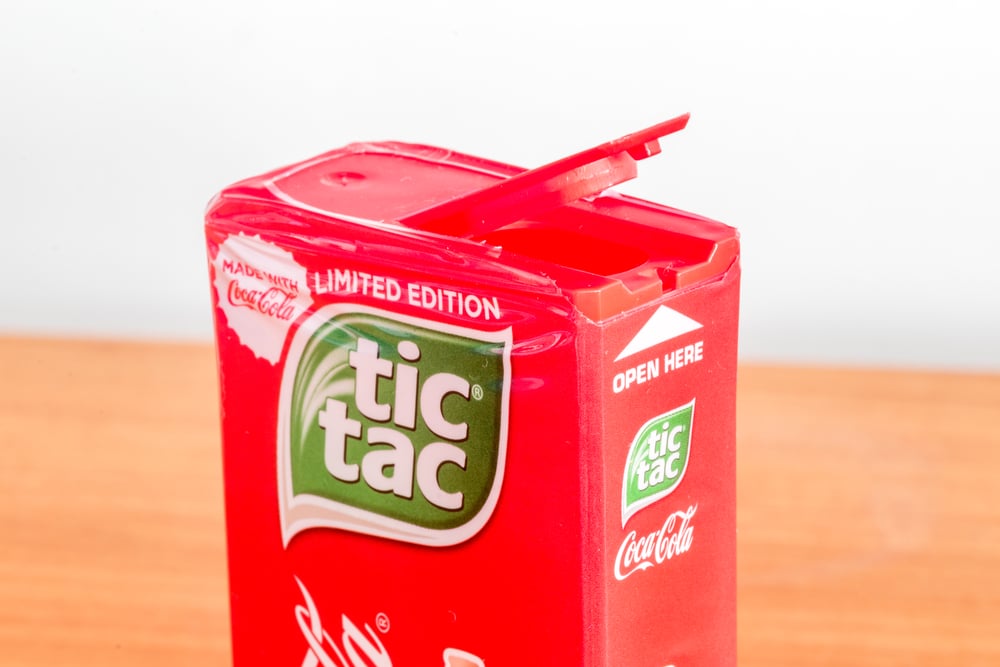 Lids of mint boxes such as these are common examples of flexure bearings (Photo Credit : Robson90/Shutterstock)

Unlike the above mentioned bearings that reduce friction failure, there is another class of bearings that addresses failure due to repeated flexing. Such bearings are also known as flexure bearings. They connect two surfaces that move relative to each other at an angle, i.e., by bending or stretching.

The flexure bearing is made of a material engineered to tolerate repeated stress cycles without fatigue failure. However, stretching it beyond the tolerable limit on a repeated basis shortens its life cycle and can cause it to prematurely fail. Depending on their application, flexure bearings can be made of various materials, such as metals or plastics, and can be linear or spiral in their shape.

A common example of a flexure bearing is the flip lid often seen on plastic boxes containing mints. They are also used with long beams to permit beam movements, such as sag.

Why use a bearing in the first place?

When machine parts move relative to each other, the surfaces that come in contact erode, resulting in a loss of material. This changes the required clearances between them, reducing efficiency and even causing complete failure of the machine.

Bearings are ‘sacrificial’ contact surfaces designed to be strong enough to withstand repeated friction and heat cycles, while being weaker than the machine component with which they are in contact. In this way, deterioration due to friction is restricted to the bearing surfaces only, thereby preventing expensive repairs.

Life of a bearing

The theoretical bearing life is often represented by the L10 number. This refers to the number of hours a bearing spends in service before 10% of the bearing surfaces have failed.

However, the L10 number is strictly theoretical, as it assumes ideal operational conditions, such as optimal lubrication, a dust-free environment and proper alignment. However, this is not always possible, which makes it very difficult to estimate the ‘installed life’ of a bearing.

A note on unconventional bearings

Jewel bearings are special types of slider bearings that are used in the construction of mechanical watches. The bearing surfaces are lined with synthetic sapphire or ruby, which helps reduce friction, while maintaining dimensional accuracy of the system. 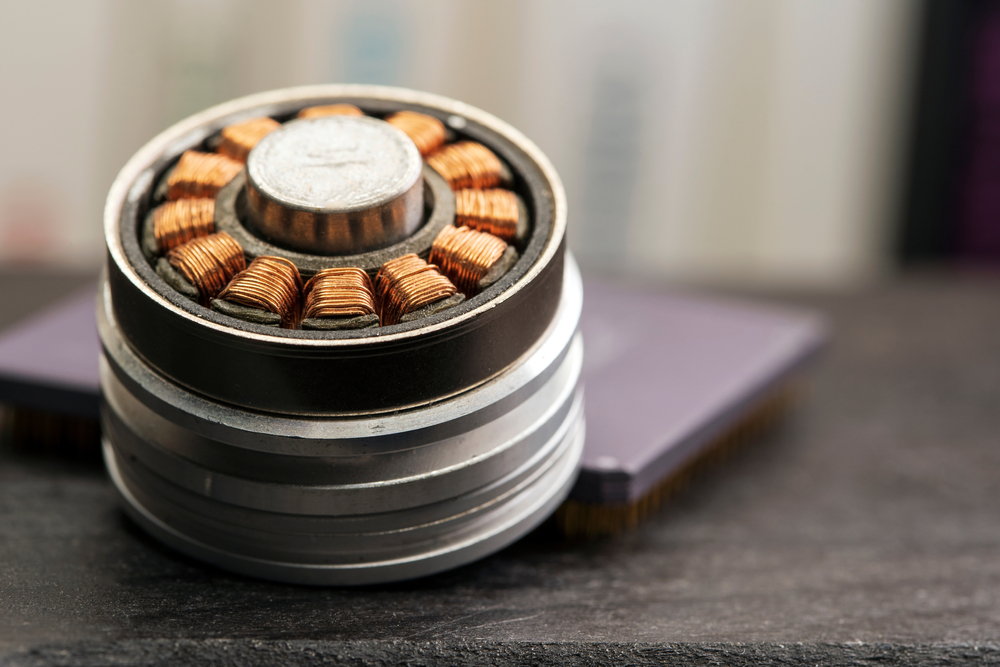 Magnetic bearings use levitation to reduce friction between a shaft and its housing (Photo Credit : Orvar Belenus/Shutterstock)

Magnetic bearings are frictionless bearings that utilize levitation by means of a strong magnetic field. While they have not gained popularity yet, owing to their size and high costs, they are an upcoming trend, as they can function in vacuum and without lubrication. Magnetic bearings are becoming increasingly popular in machines like compressors, turbines, motors, generators and pumps. 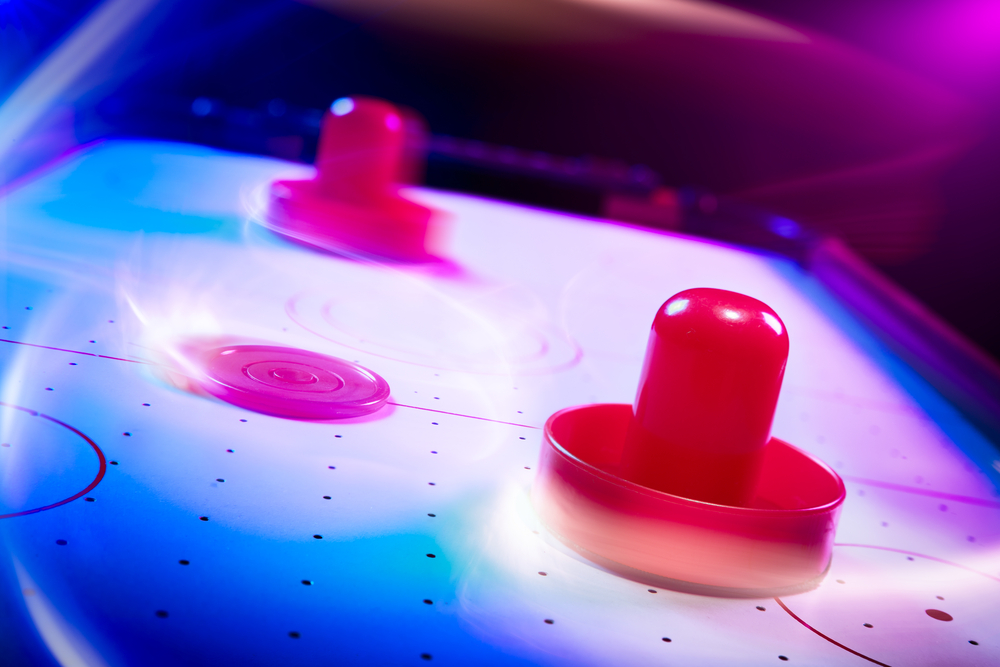 Fluid bearings are another example of contactless bearings where a thin layer of pressurized fluids prevents contact between the surfaces in motion. The advantage of fluid bearings is their near-zero wear and noiseless operations, making them useful for high-speed and high-precision applications.

They are commonly used in hard drive motors. Another common example of such bearing surfaces is an air hockey table, where the puck ‘floats’ on a layer of air issuing from small holes on the table surface!