An OLED is a display technology consisting of OLED panels that emit their own light when an electric current is passed through them. The “organic” in OLED stands for the organic molecules that are used in the OLED panels, as opposed to the inorganic semiconductor materials used in traditional LEDs. OLEDs offer a number of advantages over traditional LEDs, including a wider viewing angle, faster response time, and higher contrast ratio. However, OLEDs are also more expensive and more sensitive to water damage than traditional LEDs.

A decade or two ago, televisions and computer screens used to be big and bulky, due to the CRT technology that was used in them. Then came LCD screens, and the size of electronic displays shrunk dramatically. Next up were LED screens. These were not so different from their predecessors (i.e., LCDs) in terms of appearance (you couldn’t tell an LED from an LCD just by looking at them), but they significantly reduced the electricity consumption of electronic displays (along with a few other differences).

Can you tell one apart from the other?

The latest piece of technology in electronic displays that has created quite a buzz in the last three years is OLED, or Organic LED. In this article, we are going to be looking at what an OLED really is, how it works and what’s so ‘organic’ about it.

What is an OLED?

OLED stands for Organic Light Emitting Diode, or Organic LED, if you will. It is a display technology consisting of OLED panels that emit their own light when an electric current is passed through them. As a result, OLEDs are super-light, have a true contrast ratio (i.e., their whites are brighter and blacks are darker than other electronic displays), wide color gamut, deep color saturation and wide viewing angle. 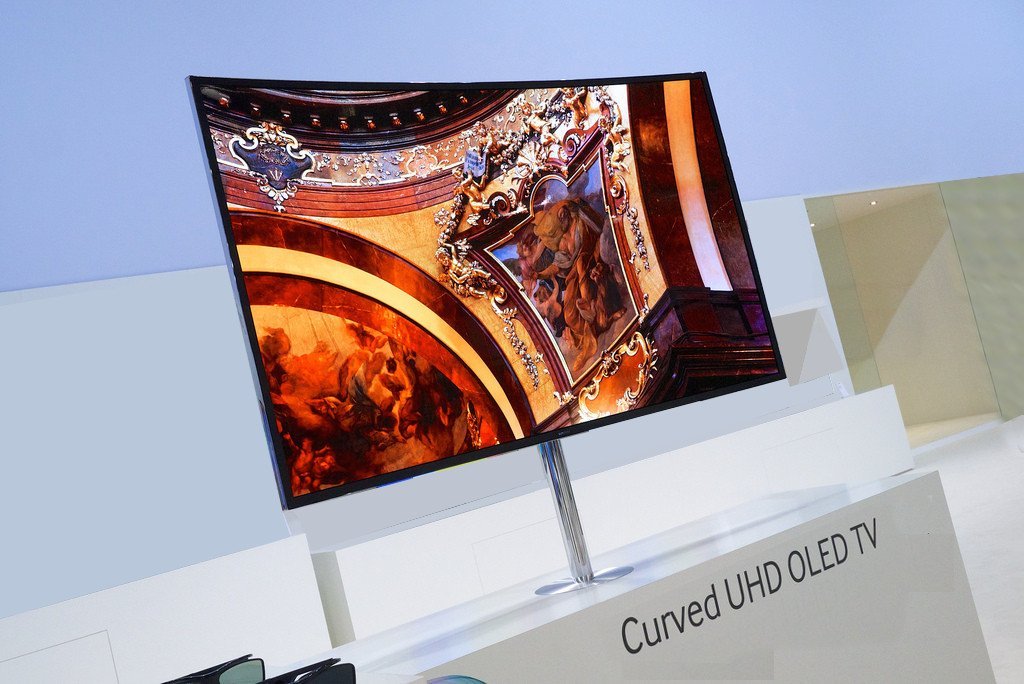 We generally tend to associate the word ‘organic’ with food articles and various other objects produced in an environmentally friendly manner. However, in OLEDs, the prefix ‘organic’ has an altogether different meaning. In chemistry, organic compounds are those that contain lines or rings of carbon atoms. Everyday items like plastics, wood, sugar and gasoline are all organic compounds.

OLEDs consist of an organic film/layer that sits inside the panel in front of the glass screen, which is why they are called ‘organic’ LEDs.

How does an LED work?

Since the working of an OLED is quite similar to an LED, it’s important that you first understand how a basic LED works before tackling OLED systems.

An LED consists of two slabs of semiconductor materials (germanium and silicon are commonly used), one of which is slightly rich in electrons or is slightly more negatively-charged (that’s why it’s called ‘n-type’), while the other is rich in protons (called ‘p-type’). When you join these two slabs together, you get an electrically neutral area at their junction, where excess electrons and protons jump over to the other side and cancel each other out. 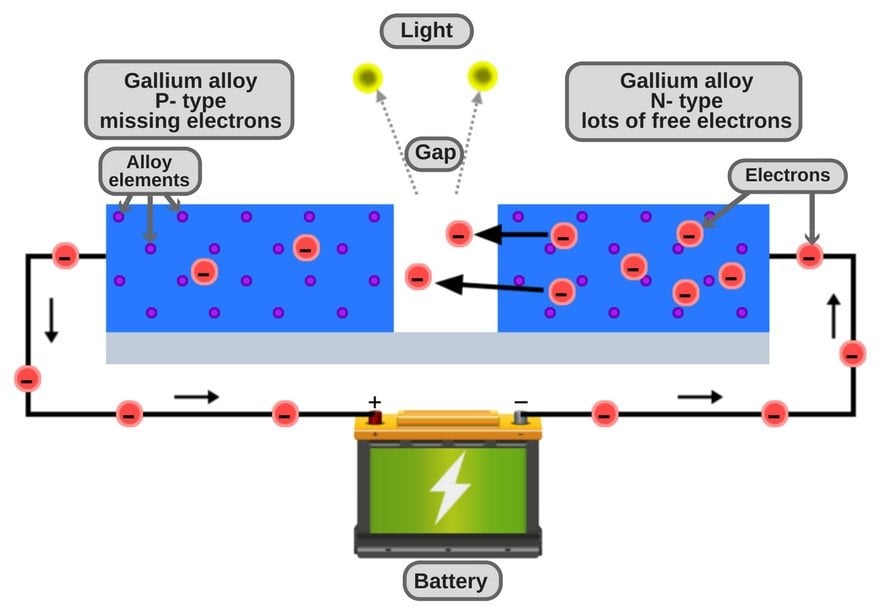 However, when you connect these two slabs using electrical contacts and pass an electrical current through them (in a given direction), surplus electrons from the n-type slab flow and release photons from the p-type slab, which emits light.

OLEDs work on the same principle, but they use organic molecules in lieu of n-type and p-type semiconductor materials to release holes and electrons.

Parts of an OLED

A typical OLED consists of six layers – the outermost layers are called the seal (the top layer) and the substrate (the bottom layer). Next come the anode (a positive terminal) and cathode (a negative terminal). Sandwiched between these layers are the emissive and conductive layers. 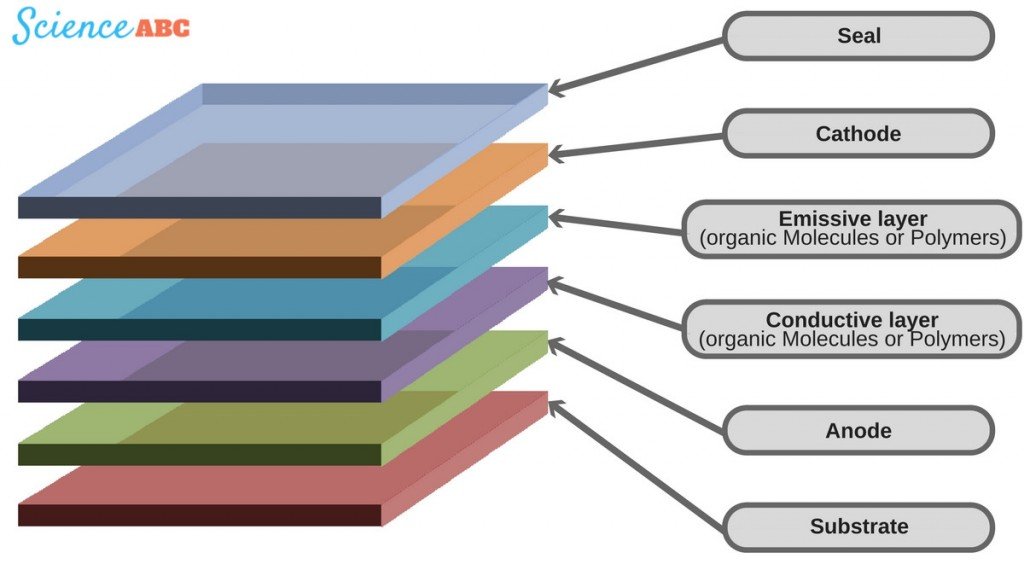 Parts of an OLED display

How does an OLED work?

When the power is switched on, the cathode (the negative terminal) starts receiving electrons from the power source and the anode (the positive terminal) starts losing them. As a result of this, the emissive layer, which is adjacent to the cathode (refer to the above figure), starts becoming more negatively charged (due to the increase in the supply of electrons) and the conductive layer becomes more positively charged (more holes).

Since positively charged particles (holes) are more mobile than electrons, they cross over to the emissive layer. Every time holes bump into electrons, quick bursts of energy are released in the form of photons (fundamental particles of light) and lo and behold! Light is produced! Holes keep bumping into electrons, and producing light in the process as long as the power is on. The moment you pull the plug on the power supply, the transfer stops instantly and the screen goes dark.

Note that there’s another type of OLEDs that use polymers in place of organic molecules, and are aptly called light-emitting polymers or simply polymer LEDs. You can read more about them here.

From a consumer perspective, the most obvious advantage that OLED screens offer above LEDs and LCDs is that they have a much better contrast between lights of different colors and therefore offer a significantly superior picture quality, due to the fact that OLED pixels produce light themselves, rather than depending on the backlight (as is the case with LED and LCD screens). 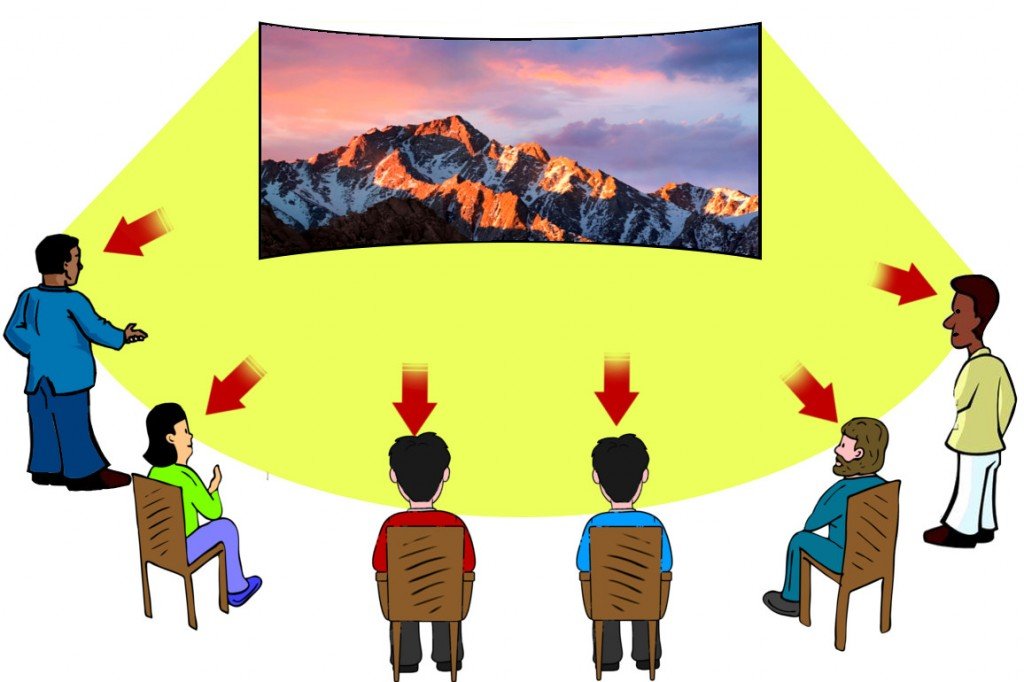 OLED screens offer a wider viewing angle than other electronic displays. Furthermore, they have a faster response time, are thinner, more flexible, and consume less electricity.

There are a few drawbacks, however, like their cost, limited durability and high sensitivity to water. Even so, dedicated efforts are underway to make OLED screens affordable for the general public and make it more durable by applying certain technological tweaks.