E-ink is a technology that is used to create digital displays that look like traditional ink on paper. The technology uses tiny particles that are suspended in a fluid between two electrodes. When a charge is applied to the electrodes, the particles rotate and align themselves to create patterns that appear as black or white ink on a page. The particles do not emit any light, so the display must be illuminated from behind in order to be readable.

My Kindle is my most prized and cherished possession. Even my phone fails to compete. Okay, that might be an exaggeration, but yes, for me, a compulsive reader, it is absolutely essential.

Yet, not every reader has sworn allegiance to the budding coterie of digital readers. It is obvious why this faction of loyal paperback readers despises us: e-books aren’t as gratifying to read as paperbacks. The thick books with their musty odor aren’t just withered threads tethered to which are coffee-stained pages, but trophies on our shelves, medals for completing what often feels like a triathlon.

However, it would be unfair to presumptuously group readers who read e-books on obnoxious LCD or LED screens with those who read on electronic readers or simply, e-readers. Of course, e-readers aren’t thick and exude that beloved smell, but the pages nonetheless appear uncannily bookish. 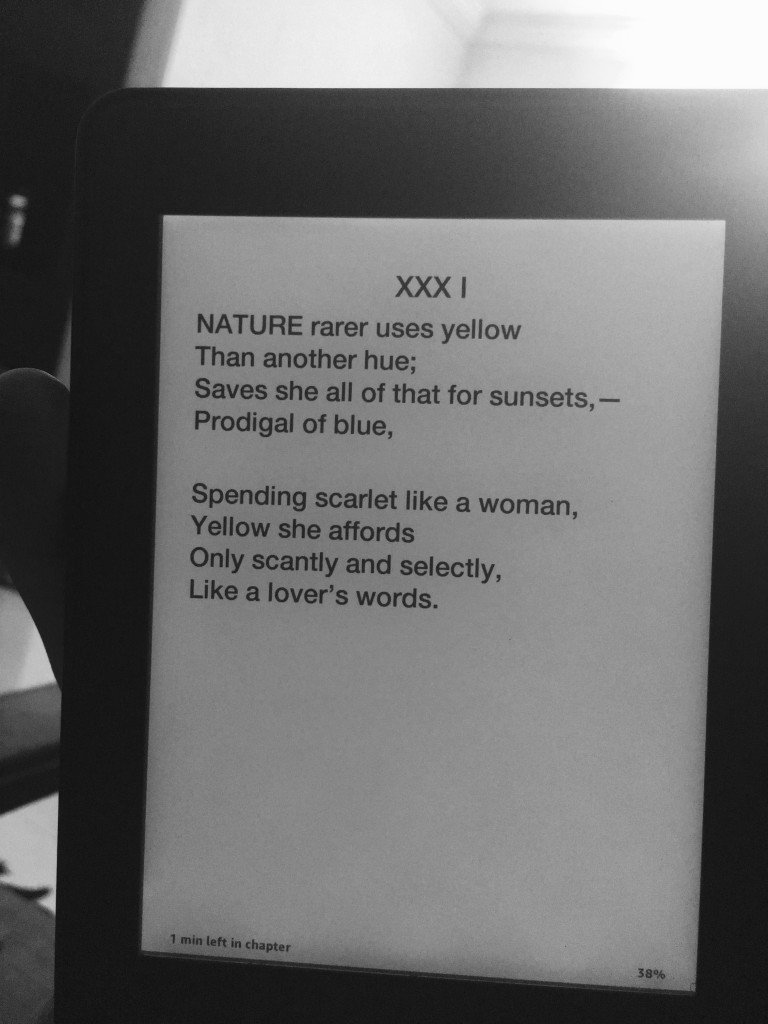 Unlike LCDs, the text does not feel like shrapnel blown into your eyes, but rather sumptuous strokes of what is called e-ink. As a result, excess exposure to it does not irritate our eyes, a notorious phenomenon that we religiously associate with any device that sports a screen. So, how does this ingenious ink work?

Janus is the Roman god of beginnings. He is believed to guard portals, gates and doors with two conjoined faces looking in opposite directions, allowing him to peer simultaneously into both the past and the future. Particles that can foster two different chemical properties on two of its opposite surfaces are known as Janus particles. 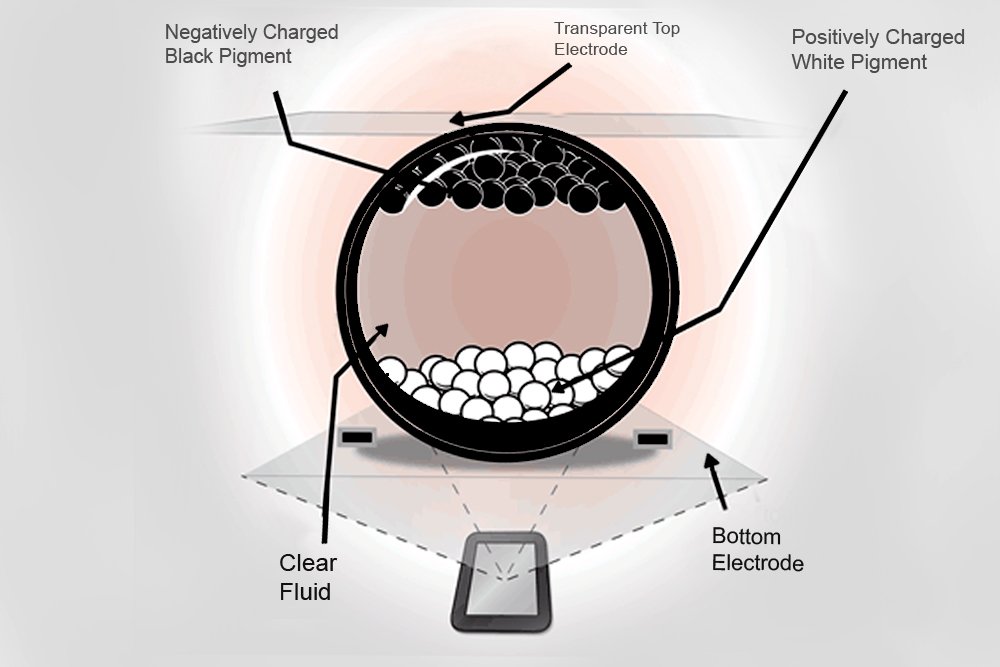 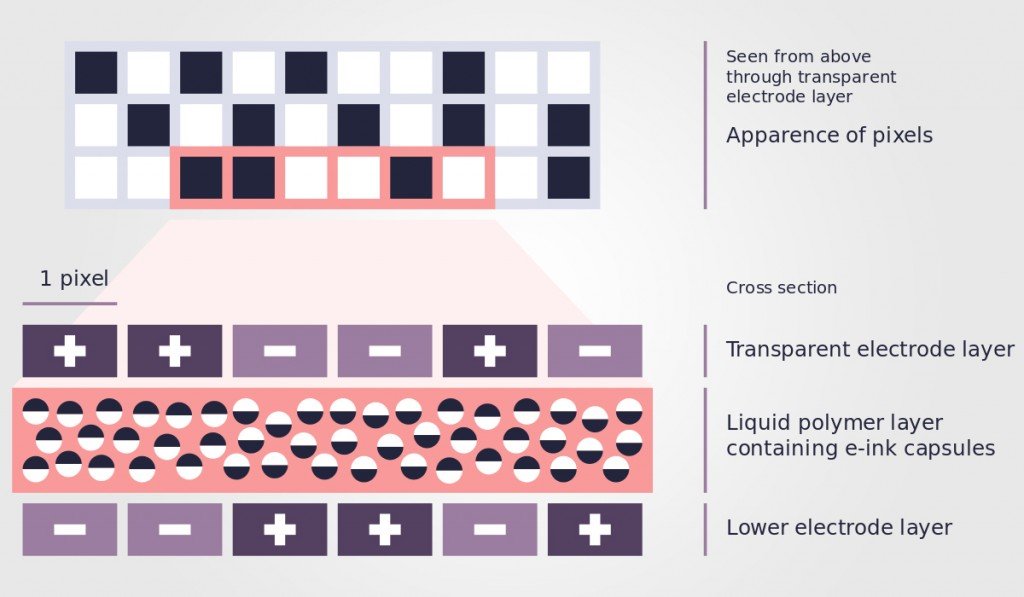 The electrodes are then grouped to form pixels, such that each electrode, when carefully triggered, forms microscopic patches of black in some places and white in others. Together, the intricate patterns generated give form to the symbols and letters, entire books, in a variety of fonts, including pictures!

However, the technology isn’t just limited to the use of Janus particles. To enhance resolution and generate crisper texts, instead of two-faced particles, engineers use particles that are entirely white and a black dye that is responsive to electric charges. The principle is the same: the black dye is attracted to the negative electrode, while the white particles are attracted to the positive electrode. Except that now the darker pixels have no room for inconsistencies. 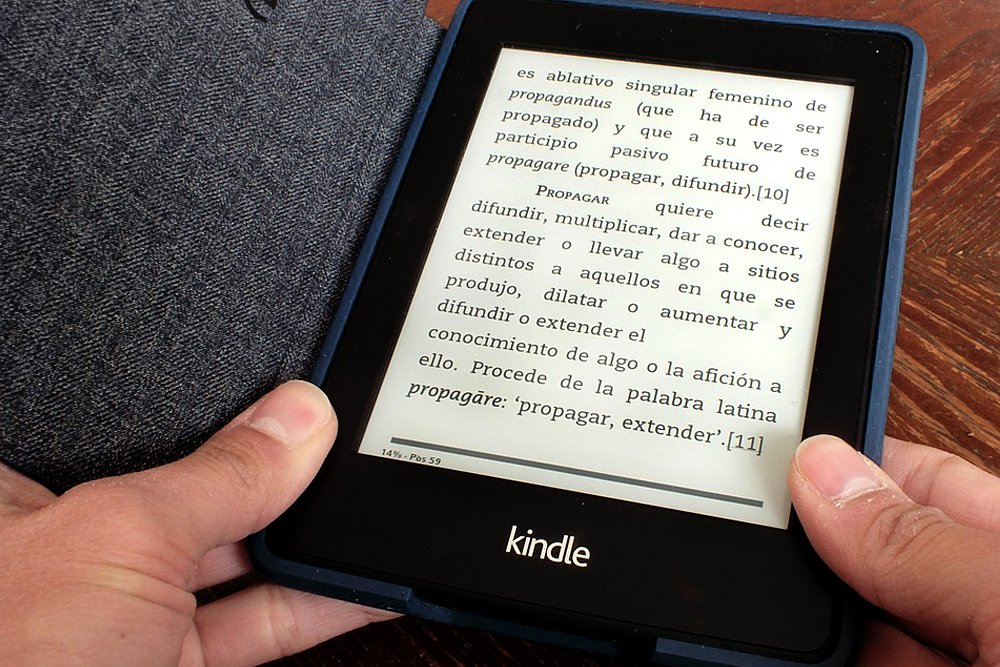 The Pros and Cons of E-ink Technology

Notice how the technology only generates black ink on a white page. When it comes to color, other display technologies are definitely more favorable: LCDs can effortlessly generate every possible color the human eye can perceive. However, the incessant, rapid flickering of such a display strains our eyes, and worse, drastically drains our device’s battery (priorities). On the other hand, e-ink is quite literally an ink, so it is not required to perpetually radiate; once the configuration of electrodes on a page is excited, the dye sticks to them until instructed to do otherwise.

In fact, an e-reader spends power only when a page is turned. This requires a reconfiguration of electrodes, which costs its screen a delay, the characteristic “refresh” that e-readers are most familiar with. The whole screen refreshes to ensure that ink from the previous pages has been completely effaced and that no trace of “ghost” writing is left behind. This delay is a massive disadvantage, as it tragically decreases the device’s speed.

Another disadvantage is that these screens only generate pigments, but not the light to make them visible. Reading an e-book in a dark room is as helpful as reading a paperback in one. E-readers like Amazon’s Kindle Paperwhite solved this problem by adding LED lights below the panel. Our eyes find directly looking at a source of light troublesome. What they prefer is light reflected by objects. This is why other display technologies strain our eyes. The LEDs installed in, say, the Paperwhite, however, don’t switch on and blind us, but simply illuminate the text on the screen.

That being said, the powering of the LEDs consumes the Kindle’s battery. An e-reader without such a light can function up to a week, as compared to the mere hours a device with an LCD screen can! Thus, one must keep in mind the trade-offs between the various factors, such as speed, resolution, color, detrimental effects of excess screen-time and, of course, the cost to build one, before installing a display technology. 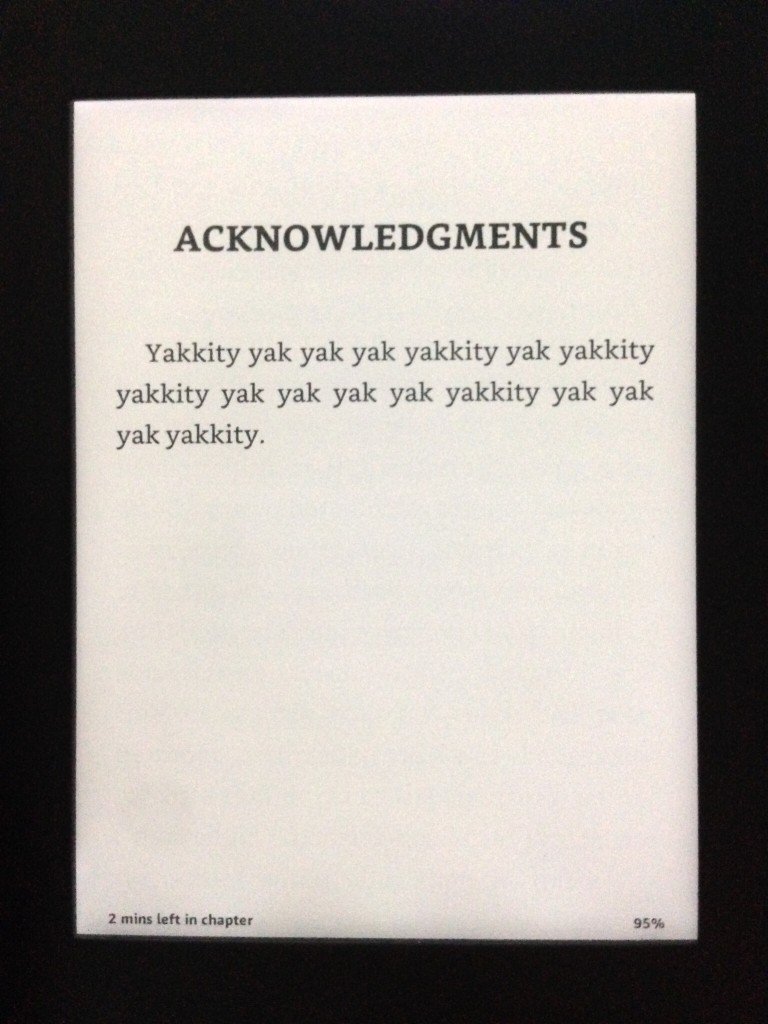 On my Kindle: The page of acknowledgments in comedian Steve Martin’s Cruel Shoes.

E-ink on a smartphone or tablet can be a blessing for parents whose children are hopelessly glued to them. However, its inability to fulfill our ever-increasing demands for speed might cause an adult to crush or smash on the ground the very phone or tablet in utter frustration.

E-inks have therefore only featured on a minority of devices, typically those that don’t have to deliver under any such ridiculous deadlines. These include watches, memory sticks that pictorially signal the amount of memory left, or digital wallpapers that can assume any graphic you desire. However, there is no display technology that responds well to spilled coffee.