When you go to the movies and experience the big screen and its larger-than-life characters, have you ever wondered how the images are produced on the screen? Well, as you may know, the answer to that is projectors. Projectors help to improve the viewing experience of movies, but their utility doesn’t stop at movie theatre. Projectors are also used in board rooms, conferences, classrooms, and many other places to improve the overall user experience. So, how does such a versatile piece of technology work?

There are many kinds of projectors from the past, but the one we will primarily be focusing on will be LCD and DLP projectors. By today’s standards, LCD projectors look obsolete, we will still give them a look, as this was the model that set the stage for projectors as a large-scale commodity.

To understand an LCD projector, let’s start from the point where the light beam itself begins. The first thing that happens is the production of an intense beam of white light. The beam of light is then reflected off a group of mirrors, which includes two dichroic mirrors. The dichroic mirrors have a special coating on them that only reflects light of one type of wavelength. The white light hits the mirrors and each one reflects a beam of either red, blue or green light. 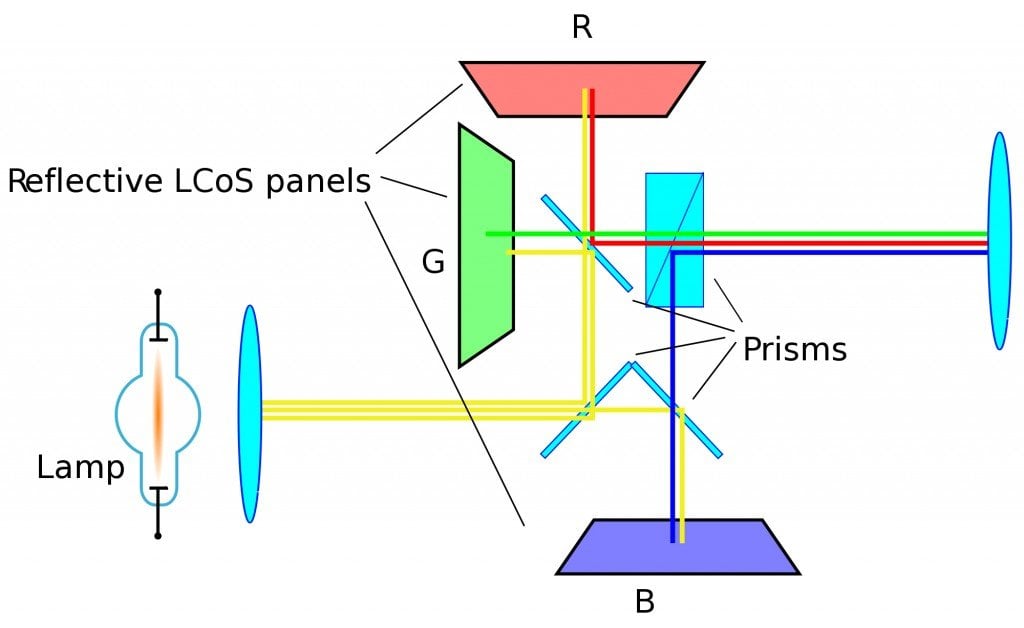 The beams of red, blue and green pass through an LCD, which is composed of thousands of tiny pixels. An exciting contradiction arises here… how can a crystal be liquid? An LCD is a substance that exhibits some properties of a solid and some properties of a liquid. Tending more towards the side of a liquid, the LCD has a unique feature where it can either block light or allow light to pass through when electricity is passed through it. In the projector, there are three LCD screens. The three LCD screens are responsible for projecting the same image or moving images on a grayscale. When the colored light passes through these three screens, they relay three versions of the same scene: one tinted red, one tinted green, and one tinted blue.

So, how does the image eventually emerge in its proper color? The tinted images pass through a dichroic crystal, which leads to the birth of a million colors!

The new kid in town that replaced LCD projectors is DLP projectors. These were developed in the 1980s by Texas Instruments scientist Dr. Larry. J Hornbeck. DLP technology is based on a microchip known as the digital micromirror device or DMD. A DMD is a chip that contains close to two million tiny mirrors in a square grid. These mirrors are incredibly small -they are one-fifth the diameter of a human hair! It is placed on a microscope that is responsible for tilting the mirror mounted on it one way or the other.

Each mirror works individually, and the two million mirrors go on to build a high-resolution image. But how is the color formed, you may ask? To add color to the images, the DLP uses an extra bit of technology that consists of a colored wheel placed in the path of the light reflected by the mirrors of the DMD. The wheel consists of the colors red, blue and green. The combination of these colors when bounced onto the mirror and merged gives rise to an endless variety of colors in high definition. Finally, a lens collects all the beams of light to produce the final image.

So, the next time you kick back with a bucket of popcorn in the theatre, you will better appreciate how that movie magic is created!

How much do you know about projectors? 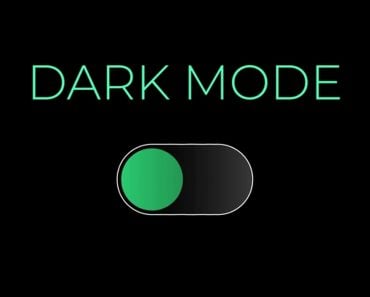