Conhost.exe is a process that Windows 10 runs on your system when it’s up and running. The primary purpose of Conhost.exe is to add some nifty external features to the Command Prompt in Windows 10, which the previous versions of Windows lacked.

Conhost.exe is an important Windows process. The full name of Conhost.exe is Console Windows Host, and it can be seen in the Processes tab in the Task Manager of Windows 10. Conhost.exe is associated with csrss.exe (ClientServer Runtime System Service) and cmd.exe (Command Prompt) processes.

In order to wrap your head around the concept of conhost.exe, it’s important to know a few things about Windows Command Prompt and the processes associated with it. 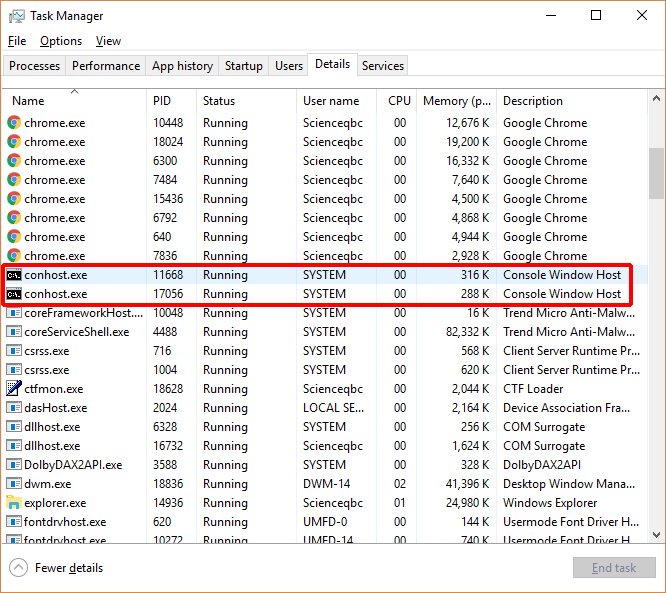 A screenshot of the Conhost.exe process in Windows 10.

Command Prompt is one of the ‘signature’ applications of the Windows operating system. It is actually a command line interpreter application that is used to execute commands, which, in turn, automate tasks via scripts and batch files, and ultimately do a ton of tasks. You could execute a variety of administrative actions and resolve or troubleshoot certain Windows issues.

In short, you could literally turn the entire operating system upside down if you know your way around Command Prompt.

Back in the days of Windows XP, the Command Prompt was handled by a process called ClientServer Runtime System Service (CSRSS).

Now, a notable thing about CSRSS is that it was a system-level service. So, it had a couple of drawbacks. For example, if CSRSS crashed, it could bring down the entire system. This was not just a reliability issue, but also a security concern. You don’t want to have your entire system crash just because of a problem in a single process.

Furthermore, since the developers didn’t want to risk theme code to run in a system process, the CSRSS was not themed. As a result, the Command Prompt in those days had the old, classic look, as opposed to the modern, stylish look it has today.

This can only be understood visually, so here’s an example: 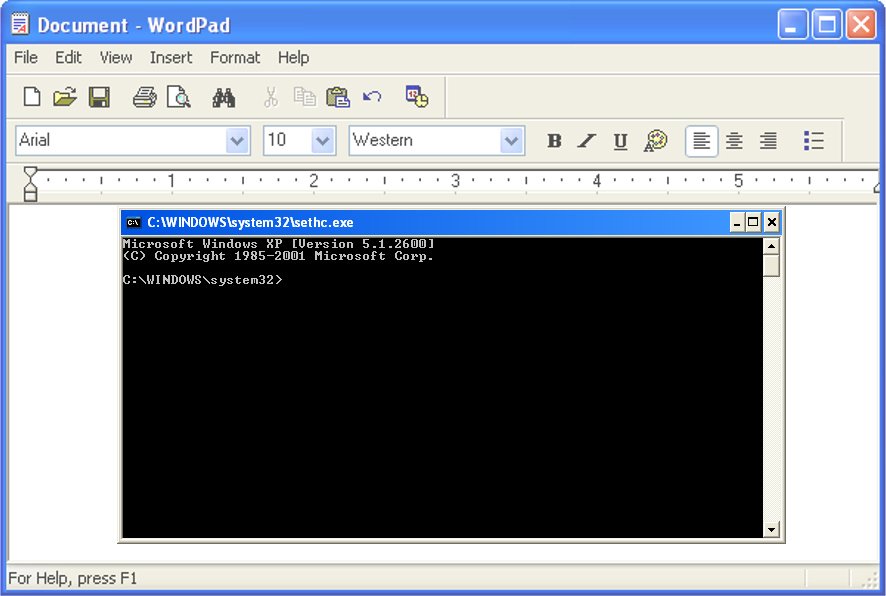 Notice the difference in the themes of Paint and Command Prompt of Windows XP.

When Windows 7 took over, the Console Window Host process, a.k.a. conhost.exe, also saw the light of the day. It’s a process that ‘sits’ in the middle of CSRSS and Command Prompt (cmd.exe).

It not only fixes the theme and user interface issue that we discussed earlier, but also lets you drag and drop files directly onto Command Prompt, a feature that was not available in the previous versions. This has all been made possible due to conhost.exe, which is why you see conhost.exe under Processes in the Windows Task Manager.

All in all, suffice to say that conhost.exe is akin to a shell that facilitates running a system-level service like CSRSS, while still affording the ability to integrate modern interface themes and elements.

The answer is: no, conhost.exe is not a virus. It’s actually an official component of the Windows operating system. As such, it’s completely harmless by itself.

However, it is POSSIBLE that a virus could replace the real Console Window Host (conhost.exe) with an executable of its own. Although it’s unlikely, you could still check the authenticity of conhost.exe by right clicking on it and choosing the “open file location” option.

That’s why it’s essential to have a good antivirus program protecting your system against such virus and malware attacks.

How much do you know about conhost.exe?