Credit card skimming is a type of credit card fraud where a crook, with the use of a skimmer (a small device mounted on top of the existing card scanner) & a pin hole camera or counterfeit keypad, steals card info, including your card number, CVV code and PIN.

Every bank transaction, whether online or at an ATM, is accompanied by a feeling of uneasiness. For some, it’s because of their bank numbers rolling down, but for most, it’s the risk of losing important personal data, and consequently their hard-earned money.

While an online transaction requires an OTP (one time password), along with the card pin to execute, the same is not the case with ATMs. Anyone with your card number and the pin could withdraw money from your account, leaving you a lot more broke than yesterday.

But how would a stranger obtain your credit card info? There are multiple ways, and credit card skimming is the most common.

What is credit card skimming?

Credit card skimming is a type of credit card fraud where one steals personal card info, such as the card number, the name of the cardholder, and the card PIN using a skimming device. The thief then extracts money from the account illegally or sells the data. 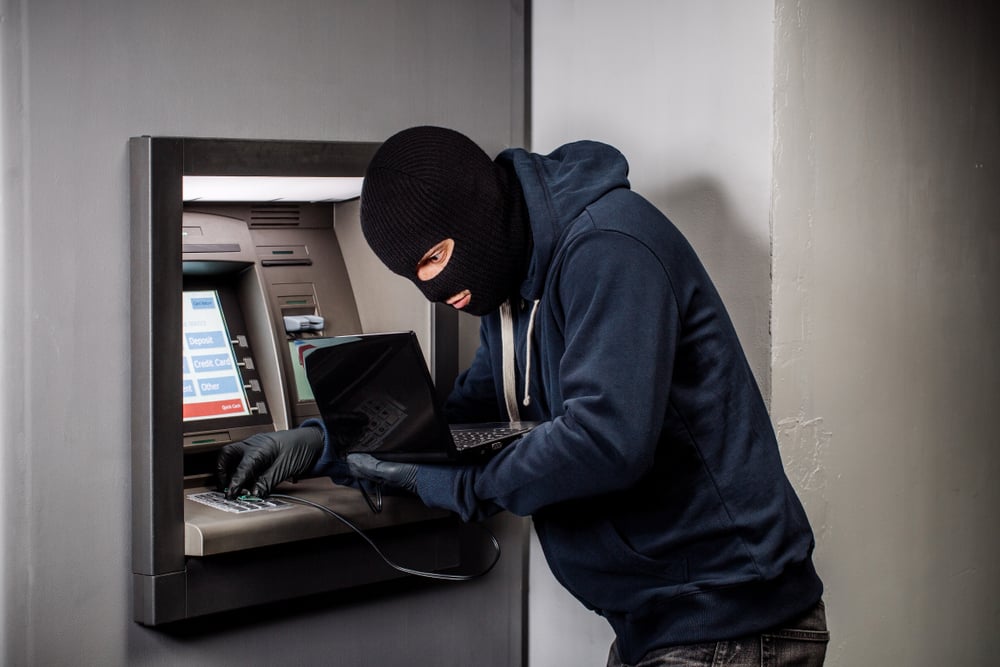 Credit card skimming is one of the many ways a criminal could get your personal card info. (Photo Credit : PRESSLAB/Shutterstock)

How does credit card skimming work?

The black stripe (also called a magstripe) on the flip side of your credit card stores all the information required by a crook to steal your money. The stripe includes the name of the cardholder, the card number, expiration date and CVV code. The magstripe is made of tiny iron-based magnetic particles and is divided into two or three individual tracks. Each particle can be magnetized in a different direction, depending on the information it encrypts. To learn more about how the magstripe on a credit card works, read Magnetic Strips: How do magnetic strips on credit cards work?

At the heart of a skimming operation is (surprise!) a skimmer. The skimmer is a scanning device mounted over the existing card scanner in an ATM. Most ATMs across the country incorporate a common design and, as a result, the black market is flooded with skimmers similar to the legitimate ones installed in ATMs. These skimmers are so well-produced that most customers are completely unaware of their presence. Thus, whenever one inserts their card into an ATM, they also involuntarily pass it through the skimmer. 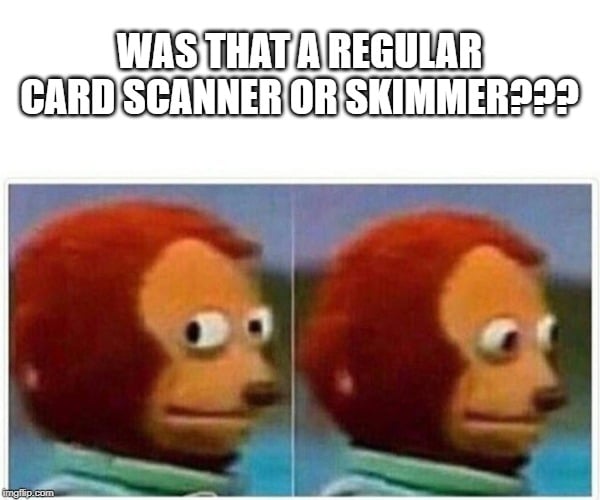 Card skimmers are often well built and difficult to identify.

Skimmers are capable of reading the magstripe on credit cards and storing the information encoded in them. Some skimmers can store the data from hundreds of cards. Information from basic skimmers must be manually extracted, increasing the risk of getting caught in the process. However, some advanced skimmers can be remotely accessed and are capable of transmitting data wirelessly.

Credit card information is worthless, however, without the card pin. The pin code is stolen by either using a tiny camera or a counterfeit number pad. Thieves usually install a small pin camera, in unsuspicious places and camouflaged to the naked eye, to record the cardholders entering their private code. Some even go so far as to buy counterfeit overlay number pads (which are even more undetectable to the user) to record the punched-in numbers.

Once a criminal has all the information regarding a credit card, he/she may proceed to make a fraudulent credit card encrypted with the stolen info and then use it at an ATM to withdraw your hard-earned money!

How to prevent credit card skimming?

Fortunately, you can identify if an ATM has been tampered with and has been set up with a skimmer. First, before inserting your card in the card scanner, give the scanner a slight wiggle. Legitimate card scanners are robust and well secured in the machine, so a slight shake shouldn’t affect them, but skimmers may come loose when shaken. If the card slot appears to be wobbly, you might want to avoid using the ATM or risk getting skimmed.

Next, look for any hidden cameras around the machine before inserting the PIN. The most common areas where someone would install a hidden camera include just above the keypad, on top of the ATM and the areas near the screen. Also, if the keypad appears to be flimsy or the keys are wobbly, don’t use the machine. 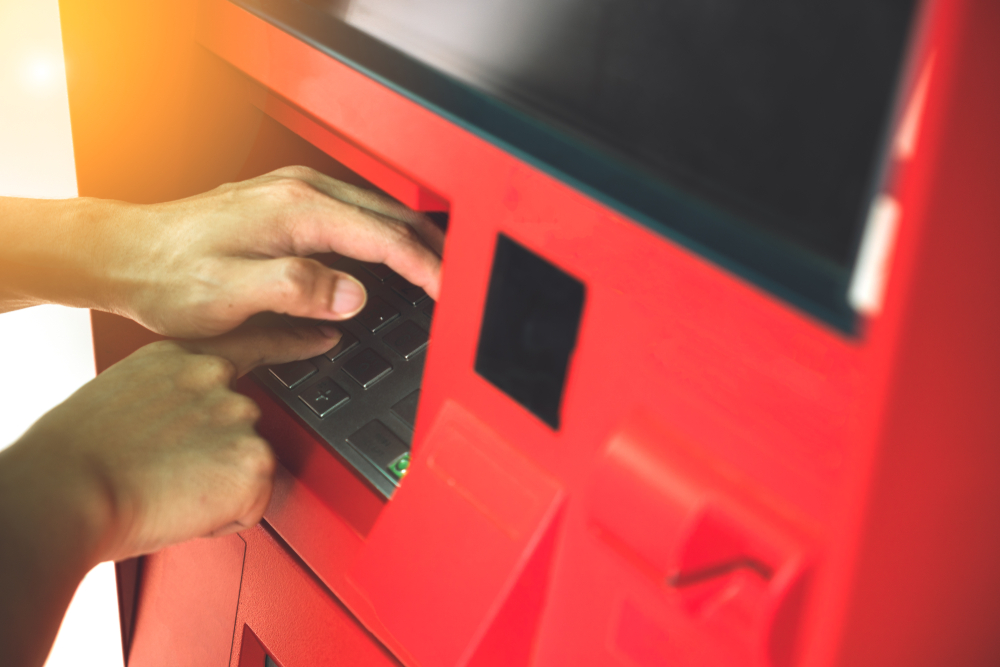 The most common ATMs prone to tampering are those at gas stations or ones isolated from crowded areas, and thus unmonitored. Avoid using such ATMs unless absolutely necessary. Also, whenever possible, spare a few extra minutes and pay using the machine at the cashier’s desk instead of the pump, as they are less likely to be equipped with a skimmer.

Fortunately, bank companies have started installing more security measures to prevent credit card skimming. The older, simple card slots have been exchanged for more detailed and intricate designs, making it tougher for crooks to superimpose skimmers on them. Security tape and labels are also included to identify if someone has tampered with the ATMs.

Most cards also employ an EMV chips (the tiny square computer chip on the front of your card), which are more skim-proof than the magstripes. The data stored in an EMV chip is unique for every transaction and helps make the card more secure against fraud.

However, for every additional level of security the bank installs, crooks almost always find new ways to break through it. So, be sure to cover your PIN code every time you punch it in… better safe than sorry!