A kick start is a somewhat antiquated technology that helps in starting a motorcycle when its battery is partially or completely discharged.

Until a bike’s battery gives up on us, there’s a good chance that you’ve never kick started a motorcycle. After all, why would one expend physical effort to produce the same result as pressing a button? During their early years, manually cranking a motorcycle engine was the only option to overcome a dead battery. Over time, electronic systems took over. The kick starter was amongst the first to be demoted to a back-up resort, or eliminated altogether in some models. As with everything else, there exist plenty of myths and facts around the use of a kick starter first thing in the morning, regardless of having an electronic ignition. Let’s examine this niche debate…

How does a kick start work? 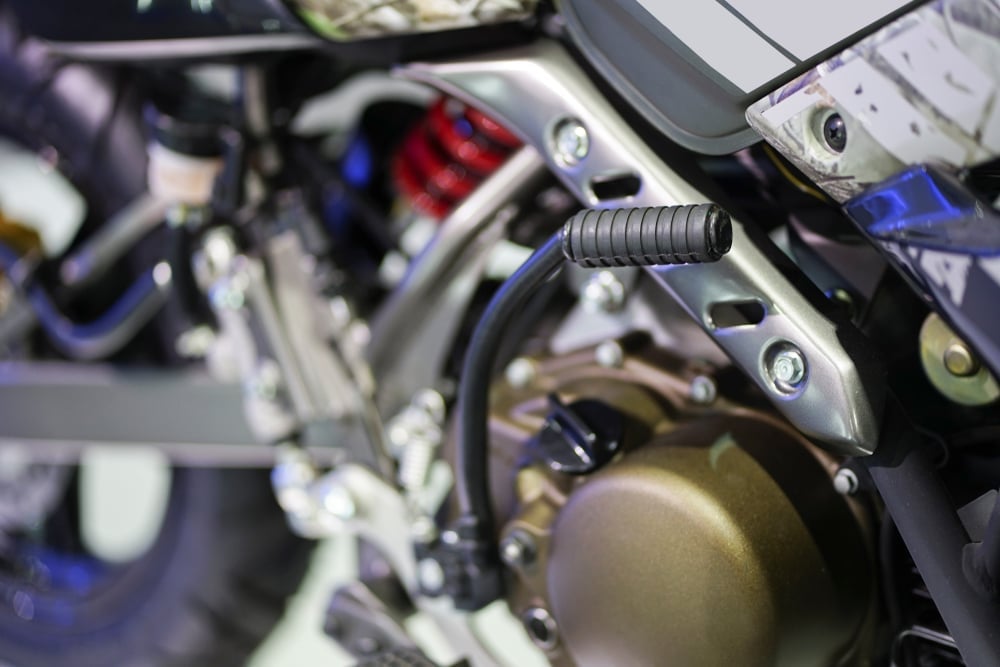 A kick start lever is located externally and connected to the engine (Photo Credit : Pond Thananat/Shutterstock)

The kick starter is an external lever linked directly to the crank shaft of an engine. It is located near the feet in an ergonomic manner, allowing the rider to kick start the bike while sitting on it. In order to use the kick starter, the rider must ensure that the bike is situated on a flat surface and that the gear has been shifted to the neutral position. He must then bring the lever out and kick it downwards with a moderate amount of force.

What happens inside the engine upon kick starting?

The kick start lever is directly connected to the crankshaft of the engine via various gears. When the lever is kicked, it causes the crankshaft to turn. In turn, this causes two things to happen simultaneously. First, the air fuel mixture gets inducted into the engine. At the same time, the piston moves to its top-most position, also known as top dead center or TDC. Doing this compresses the mixture to a point where it ignites even without a spark. 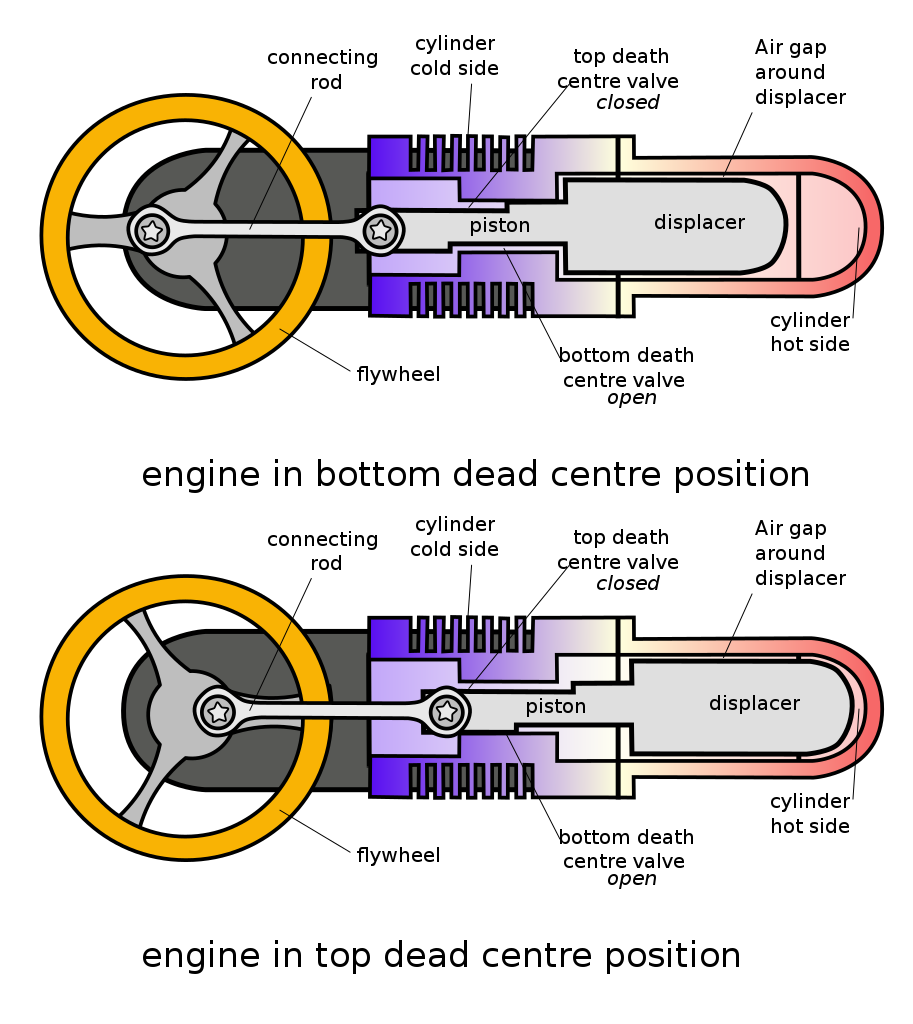 For a detailed read on how engines work, you can head over to our article here.

However, it’s noteworthy that engines will seldom start upon the first kick. That is because a kick can only be successful if the piston position and ignition timing are in sync. Thus, it can take several attempts before a kick translates into the motorcycle actually firing up.

Myths around the benefits of kick starting

There are a few myths surrounding the use of kick starters first thing in the morning. These myths are generally propagated as benefits.

Kick starting the engine helps clean out blobs of old fuel that may be clinging to the cylinder walls.

There are multiple fallacies in this myth.

Motorcycles primarily run on gasoline (petrol), which is highly volatile by nature, and an excellent solvent. Thus, the idea of it forming a gooey mess that clings to the cylinder walls to be scraped off is not realistic or problematic. At the same time, its volatile nature and engine mechanisms do ensure that the air fuel mixture, whether burnt or not, is pushed out of the combustion chamber. 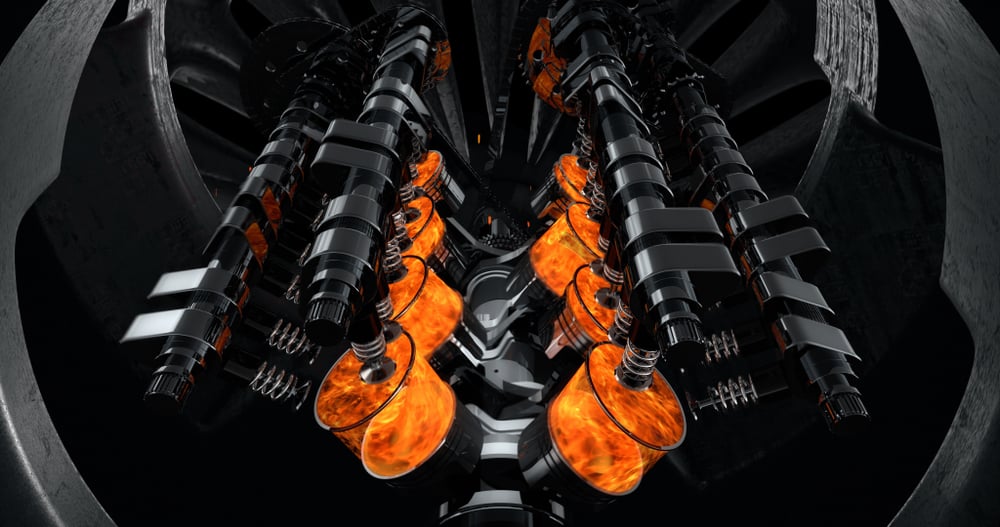 A piston has rings that clean the cylinder wall of any deposits (Photo Credit : yucelyilmaz/Shutterstock

An engine is comprised of pistons that perform reciprocating (back and forth) motion within their respective cylinders. A piston head has rings on its body that are responsible for maintaining engine compression and wiping excessive engine oil from the cylinder walls. Thus, cleaning the cylinder walls is a byproduct of piston movement and has nothing to do with how a motorcycle is started.

Kick starting takes the load off the battery during cold starts.

A cold start refers to any situation where the engine’s current temperature has fallen significantly below its normal operating temperature. Near sub-zero temperatures, the chemical processes in electrical batteries tend to slow down. A kick starter is a backup option when the battery is discharged (Photo Credit : PHILIPIMAGE/Shutterstock)

When the available current from a battery falls below the threshold required to turn the engine, it is beneficial to crank it using a kick starter. In old motorcycles that didn’t heavily depend on electronics, the engine was fitted with a generator that could sustain both the ignition and the electric systems.

Thus, it is true that a kick starter can be used as a backup if your battery fails.

A kick starter will always start the motorcycle, even if the battery is dead.

It should now be clear that the role of a kick starter is nothing more than a backup tool, in case the battery is in a state of discharge. Kick starting a motorcycle first thing in the morning presents no real advantage, even though many people firmly believe otherwise. It should also be noted that most modern motorcycles don’t have a kick start function.

So… is it a good thing to have? Probably. Is it absolutely imperative for a bike to have a kick start option to function properly? Absolutely not. A system whose utility is merely an option in case of emergency can’t be deemed “essential” to the activity of starting/riding a motorcycle.

That said, if your motorcycle has a kick starter; it is critical to service and maintain it like any other mechanical linkage in your bike. It would be terrible to have a dead battery and a kick start that is jammed due to years of neglect, don’t you think?

How much do you know about kick-starting a motorcycle in the morning?