Nature does provide us with copious amounts of resources; ‘abundance’ could have easily been the second name of nature, if only mankind were not so greedy. Not only does nature provide us with things and resources that we can use directly to our advantage, but it also demonstrates colorful and fascinating phenomena that have inspired our own creations and ideas for thousands of years.

Here are a few creatures that have certain qualities that have inspired humans to make something similar, but in an artificial way.

What Are Cobwebs? Where Do They Come From?

The ‘silk’ we associate with spiders are actually protein fibers spun by spiders. This fiber or ‘silk’, as we call it, is used by spiders to make webs, to suspend themselves, to protect themselves and their offspring from predators, to trap prey and so on. This spider silk has some awe-inspiring qualities, such as being super-strong. Its strength is comparable to a very high-quality alloy steel. Being such a strong thread, interestingly its density is only one-sixth that of steel. It is highly ductile and undergoes super contraction under certain conditions. Along similar lines, humans have created many synthetic products, including Kevlar, but it causes a lot of pollution.

Geckos are a particular type of lizard primarily found in warm climates all over the world. What’s fascinating about these lizards is that they have truly remarkable feet. Remarkable in a cool way, obviously. Their feet have adhesive pads attached to them that enable them to cling to surfaces easily. These pads are called setae and could even give Spiderman a run for his money.

However, this ability to cling to surfaces becomes useless on wet surfaces, as the pads are not able to get a firm grip on the surface. Nevertheless, this has given scientists enough inspiration to formulate a water-resistant adhesive. Clearly, this is something that we badly we need, especially during heavy rains.

Biologically named ‘didelphimorphs‘, these are small to medium-sized marsupials, ranging in size from a large house cat to a small mouse. Opposums are some of the most adaptable creatures on the planet. They find homes in all types of conditions, which is the reason why they are such good colonizers. Furthermore, they have prehensile tails and they secrete a protein that makes them resistant to almost all kinds of poisons and toxins.

Humans are yet to achieve that level of adaptability and toxin-resistance, but it’s a great thing to emulate.

The name itself is quite intriguing, given the typical size differences between those two types of animal. However, a rhinoceros beetle is simply a kind of beetle that resembles a rhinoceros, although only in body shape and form – not in size. What magical ability does this beetle possess that humans try to emulate? Well, this particular type of beetle can lift weights that are almost 850 times the weight of their own bodies! If you haven’t yet realized how impressive that is, consider this example so that you can understand better. Suppose you weigh somewhere in the range of 40-90 kg and you are supposed to lift up your girl, who is quite skinny. Seems easy, right?

Well, it ceases to be so easy once you lift her up.

Are you starting to get the idea? Imagine lifting your girl, plus 849 other identical-sized women at the same time!

These are lizards that can do something quite shocking. These are creatures that can walk and run on water. Yes, they can scamper right over the surface of water. It comes as no surprise that they are also called the Jesus Lizard!

It would be great if humans could create something like this. Swimming will take on a whole different meaning, in that case. No more aqua-robics for me! These were only a few of the many fascinating creatures on our planet that have certain characteristics that humans want to emulate. There are numerous such examples all around us, but it takes an interested and curious outlook to identify and find a way to bring them into our own reality! 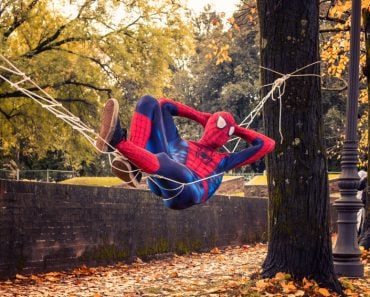