Humans have a unique sequence of two amino acids in the FOXP2 gene located on chromosome 7. This FOXP2 gene regulates the development of brain structures critical for fine orofacial movements which make speech possible.

Of all the abilities that make humans unique, the most prominent is our ability to speak. This sets us apart from all other species, even our closest relatives in the evolutionary timeline—the apes.

Detailed studies on genetic material and fossils date the human evolutionary split from chimpanzees (Homo and Pan respectively) at about 7-8 million years ago as shown in the family tree below. Due to their close ancestry to humans, scientists have time and again (optimistically) tested the language ability of chimpanzees.

In one project, scientists attempted to teach sign language to a chimpanzee—Nim Chimpsky (named after Noam Chomsky!)—which was raised like a human baby. Surprisingly, despite intense training, Nim fell severely short on the ability to combine words using grammatical rules, which is a piece of cake for human babies!

In contrast to Nim, deaf children who have very little exposure to speech are easily able to demonstrate grammar in their sign language.

This begs the question: If chimpanzees are indeed so closely related to us humans, why is it that only we have the ability to speak? What secret does the human genetic material contain that makes us magically capable of conversation?

The key to the secret – the KE family

The first hint of an answer to the question of ‘why is speech a uniquely human ability?’ appeared when scientists studying language disorders stumbled upon a unique case study. They found the ‘KE family’, where across three generations, about half of all members suffered from a severe speech and language disorder.

They showed dysfunction in the ability to coordinate muscles of the face while speaking, called ‘dyspraxia’. This made their speech incomprehensible to listeners. Also, the affected members showed difficulty in following grammatical rules. The ability to move facial muscles for speech and follow grammatical rules sets aside humans from other primates, and therefore this study received a lot of attention.

Curious about the genetic basis of the impairment in the KE family, scientists analyzed their genome. They noticed that both males and females in the KE family were equally affected, so they zeroed in on autosomal (non-sex) chromosomes. The KE family tree of three generations is shown below displaying the affected members (in colored shapes). 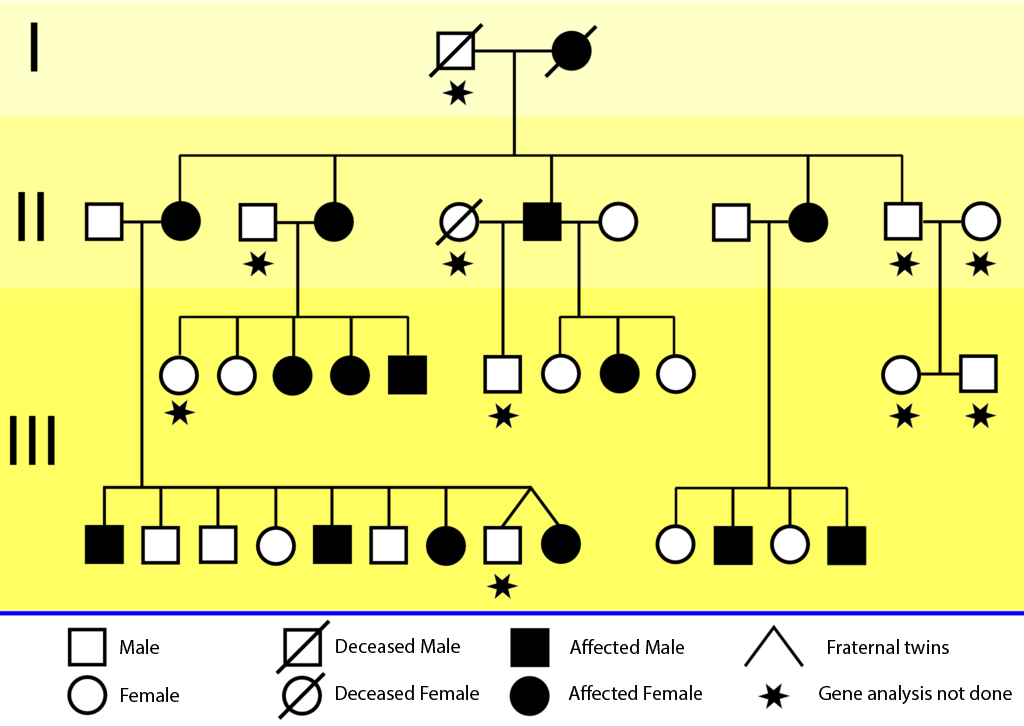 Scientists suspected that the disorder was because of one region in chromosome 7, found in all 27 affected members. They called it the ‘SPCH1’ region.

But this region contained about 70 genes, and it was impossible to figure out which gene here was actually responsible for dyspraxia. You can learn more about what a gene is over here.

A later report from an unrelated individual with similar difficulties in speech helped to carry on the investigation. Genetic analysis of this affected individual showed a breakage in chromosome 7, midway through a gene known as ‘FOXP2’ (Forkhead bOX P2). Scientists now knew that FOXP2 gene in the SPCH1 region was the culprit.

Scientists were able to confirm that this ‘broken’ or defective gene (FOXP2) was also present in the KE family. This proved the importance of FOXP2 in the human ability to coordinate orofacial movements during speech.


The evolution of the FOXP2 gene and its relation to speech

The second (and major) piece of the puzzle linking FOXP2 and speech came from the analysis of the genetic code contained in the gene and the determination of how it has changed through evolution.

Scientists traced the evolution of the FOXP2 gene by comparing it across species—mice, rhesus monkeys, orangutans, gorillas, chimpanzees, and humans. Intriguingly, this gene turned out to be extremely conservative. The chimpanzee, gorilla, and rhesus FOXP2 proteins all differed in only 2 (of 715) amino acids from human FOXP2 protein. Furthermore, humans in different continents were compared, and all showed FOXP2 genes coding for the same two unique amino acids!

The FOXP2 gene was present in all the animals, but none except humans could speak. This led experts to believe that the unique change in amino acids in those two positions may play a significant role in the human ability to speak.

What is the function of FOXP2 gene in animals?

Interestingly, despite differences in the coding gene, FOXP2 has been shown to play a similar function across several animals.

A detailed study of the FOXP2 gene in mice showed that it plays a crucial role in the proper development of brain cells in the fetus, that would later be responsible for motor ability. Scientists also created ‘animal models’ with mutated FOXP2 gene in mice and songbirds mimicking the KE family.

The resulting mice showed severe deficits in learning motor tasks and had reduced vocalization ability. Mutated songbirds were unable to learn vocalizations or ‘songs’, nor could they mimic them properly when taught by a ‘tutor bird’.

All this evidence pushed experts to believe that FOXP2 plays a critical role in the motor control of vocalization across species.

FOXP2 and the human brain

To explore the influence of the FOXP2 gene on human brain function, scientists scanned the brains of affected members of the KE family while they performed certain language tasks and compared them with unaffected family members. The results showed reduced activity in the affected members in their Broca’s region—a brain area critical for our speech ability. This region, when injured in humans, leads to an inability to speak, called aphasia. 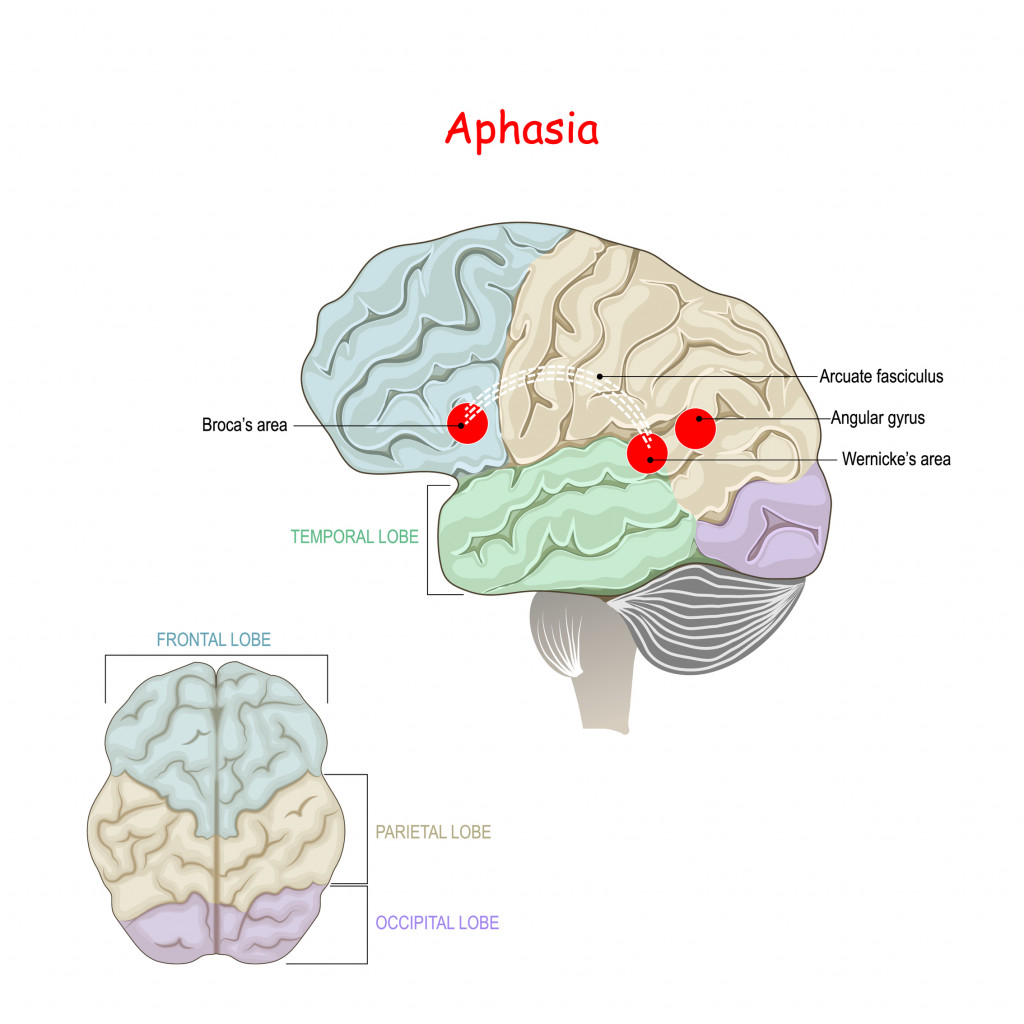 Studies also showed that FOXP2 regulated the function of several other genes, which when disrupted also result in disorders with language difficulties, such as autism (ASD) and specific language impairment (SLI).

Together, these findings revealed that FOXP2 gene expression is critical for the proper functioning of human brain regions underlying our ability to speak.

Although our language ability seems like a complex skill that cannot possibly be controlled by genes, the truth is that a large part of this ability is endowed to us by the presence of a unique sequence within the FOXP2 gene in chromosome 7. Called forkhead box genes, the FOX family of genes acts as regulators of several other genes, turning them on and off at required times.

This ‘regulation’ leads to the proper development and functioning of neurons devoted to our ability to speak, including those within Broca’s area.

It is important to note that FOXP2 is in no way the ‘single gene’ responsible for speech. Several other genes controlled by FOXP2 also contribute to our language ability. FOXP2 is the “highest” in the hierarchy of genes that control the development of brain structures critical for fine movements of the mouth and face required for speech. It is the uniquely human genetic sequence, differing from chimps in just two amino acids, which gives us fine control of our mouth.

This set us apart from our closest living relatives—the chimps, endowing us with our wonderful ability to speak! 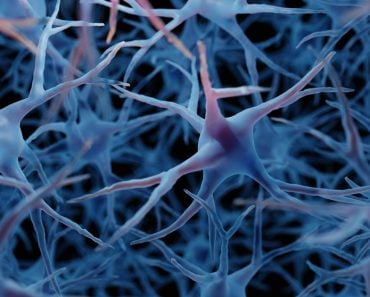