Home
Humans
Why Do People Sing in the Shower?

Whether you’re Elvis Presley, Madonna, or just another normal citizen of the world, when you hit the bathroom, it’s highly likely that you’ll break into song before the end of your shower.

Most people (if not all) have a habit of singing while taking a shower. Even those people who don’t recognize singing as a habit, it’s very likely that they will start singing after they have spent some time in the bathroom. Why is it that people start singing their hearts out in the shower, even though they wouldn’t do the same thing if they were paid a million bucks in front of a huge crowd?

As crazy as it sounds, there is actually a scientific explanation behind this habit of bathroom-staged singing. Let’s take a closer look.

When you think about it, a shower is one of those few times each day when a person is absolutely alone, far from the material worries and stresses that normally give them a hard time. This isolated period of time, even if it’s short-lived, can bring out the rockstar in a person.

People generally don’t sing when they are sad (barring some cases), but in the bathroom, you’re enclosed in a small, warm and safe environment, and your mind is free from all the inhibitions that it might be affected by in front of others or in a large room full of people. Therefore, a bathroom naturally becomes the ideal choice for breaking into a melody, as the mind is highly relaxed.

When you relax, your brain releases dopamine (the pleasure hormone), which in turn kickstarts your creative juices, and singing is definitely a creative task.

When you are in a mode of total relaxation and water is flowing over your body, your breathing improves. Since breathing requires you to breathe a little deeper than normal, it further improves the oxygen supply in your blood, thereby ‘upping’ your circulation and instilling a good, energized feeling.

The benefits of singing in the bathroom are similar to the benefits one gets from meditation. Also, you don’t feel stressed when one is singing, so the blood flow is further improved.

We’ve talked about how your body behaves internally when you sing in the bathroom, but let’s look at the external factors.

The acoustics in the bathroom are basically perfect to start a little private concert. For example, most bathrooms have tiles that do not absorb sound, which means that your voice bounces back and forth before it dies out. In a bathroom, a person is able to hear their voice for a longer duration before it fades out than they do in a normal room. Also, since a bathroom is usually a small place, the voice has more of a bass quality, and thus sounds more powerful. This apparently makes the voice pleasant to hear – at least to the person singing it!

Truly, singing in the bathroom is one of the best habits that you can pick up, for the reasons explained above and the pure joy that can come from a pure, musical release. Next time you hop in the shower, think of a nice melody and unleash your inner rockstar!

The short URL of the present article is: http://sciabc.us/9Vqxh
Help us make this article better
Prev Article Next Article
About the Author: 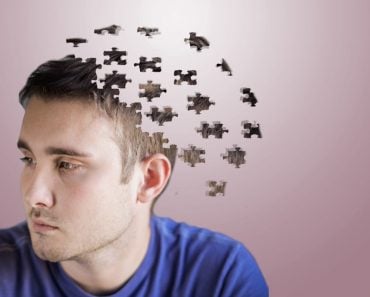