The red eye effect is caused by a large burst of light reaching the retina and reflecting back off the red blood vessels in the choroid layer of the eye. This effect is more prominent in people with low levels of melanin in their eyes, as their eyes do not absorb as much light. To avoid the red eye effect, try to take pictures in well-lit rooms or with the flash turned off, and use red eye reduction features if available.

Very rarely do you snap a picture that is truly “perfect”, where your hair is nicely combed, you’re wearing your best suit, and you’re looking particularly dapper. A picture like that is almost too good to be true. It is, in fact, too good to be true, because you look like Arnold Schwarzenegger from the Terminator movies… you have red eyes in the photograph!

Why does this happen? You take a group photo with your friends at a party, and all of them look like they are having a good time, except for you, because you appear to be a terrifying red-eyed zombie.

Everything Depends On The Light

Red eye appears in photographs when the photo is taken in a dark or dimly lit room, so don’t worry about red eyes if you’re getting your picture snapped out in the sunshine!

The human eye is a true wonder of evolution. It is basically a 576-megapixel camera (which is greater than any camera yet designed). The working of a human eye is also quite similar to that of a camera. Light enters the eye through the cornea and pupil to focus on the retina. The retina then converts the light rays into electronic pulses that travel along the optic nerve to the brain and create a visual image. This is similar to how light enters the lens of camera, but in that case, the images are recorded on the camera film. 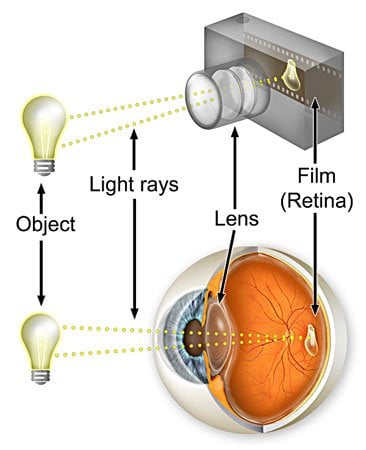 Also Read: Why Do Radiologists And Pilots Wear Red Goggles In Bright Light?

A Photo Taken In A Dark Room

At night, or in any dark place, the pupil will enlarge to allow more light into the eyes. When the light from the camera flash goes off in a dark room (or any room with dim lighting), the pupils do not have the time to contract fast enough to adjust to the bright flash of light. Therefore, a large burst of light reaches the retina, reflects back, and that light is captured by the camera. 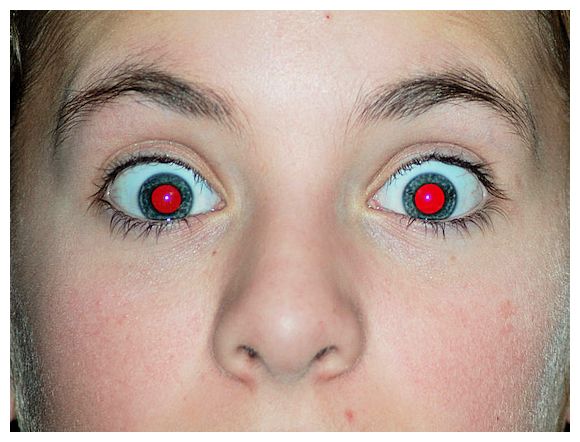 The back of your eyes contains a layer of connective tissue called choroid, which is responsible for nourishing the retina. Choroid contains a rich amount of blood, so in a dark room, the light from the camera flash reflects off the red blood vessels of the choroid and the camera picks up this red color, which makes the eyes look red. This effect is known as the red eye effect.

Melanin is a light-absorbing pigment in the eye that is responsible for giving the eye its color. A person with a low level of melanin will absorb less light, and therefore reflect more light. In short, the red eye effect is more prominent in albino-eyed people, as their eyes do not contain any melanin.

How To Avoid Red Eye

No one wants to look like a zombie in a photograph, so in order to avoid this dreaded red eye effect, there are a few things you can do.

The first advice, obviously, would be to stand in a better-lit room when a photograph is being clicked. However, if that’s not possible, try to avoid looking directly at the flash when the photo is clicked. 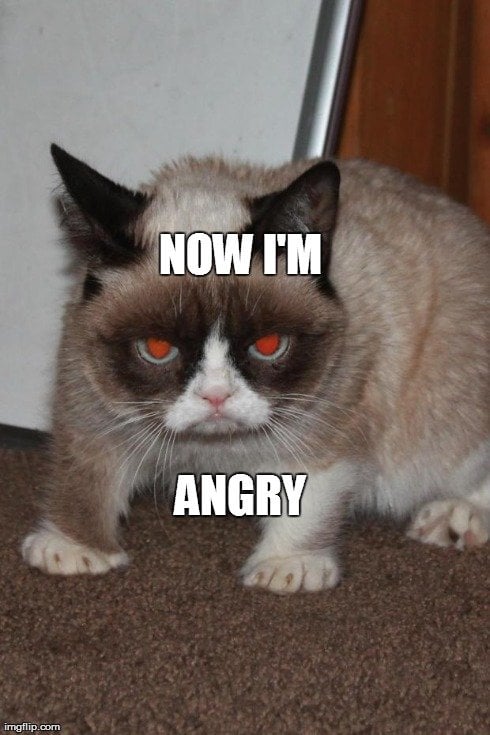 Nowadays, there are cameras that come with red eye reduction features, but if all of these strategies fail, then you always have image-editing tools (e.g., Photoshop) at your disposal. Using these types of software, you can basically get rid of the red eye effect from any of your photographs.