The Joker is the most popular villain because he was not inherently bad to begin with; circumstances made him into a monster. The audience often sympathizes with him. Joker’s uncontrollable laughter is due to the Pseudobulbar affect.

The reason movies are so enjoyable is that we love to associate ourselves with the hero or the protagonist. If that’s the case, why are certain villains also able to steal our hearts? The fact that DC Comics wanted to devote an entire movie to a villain’s origin story is enough evidence that Joker is indeed the most popular comic book villain. An interesting aspect of the movie Joker (2019) is that the protagonist is also the antagonist. Apart from the movie’s other minor antagonists, our sympathies and thrills still lie with the character of Joker. 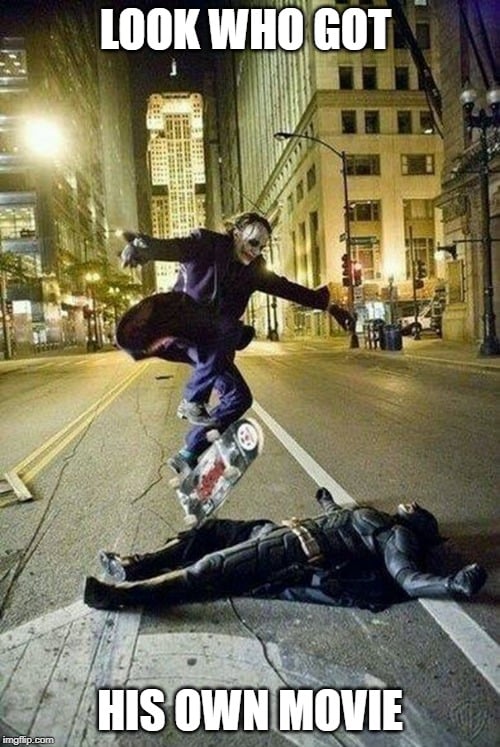 The arch-enemy of Batman is the Joker, a character so well-crafted and widely appreciated that DC Comics couldn’t resist giving Joker his time in the limelight, rather than constantly being in the shadow of Batman. Apart from the spookiness of Halloween being around the corner, the release timing of this movie also needs to be appreciated. The Joker is seen to suffer from a variety of mental illnesses in this new movie. Joker was released on October 2 and World Mental Health Day is celebrated on October 10. The movie also delves into important social issues, such as the possession of guns and society neglecting the downtrodden, especially those suffering from mental illnesses.

Spoiler Alert ahead! Don’t say I didn’t warn you… 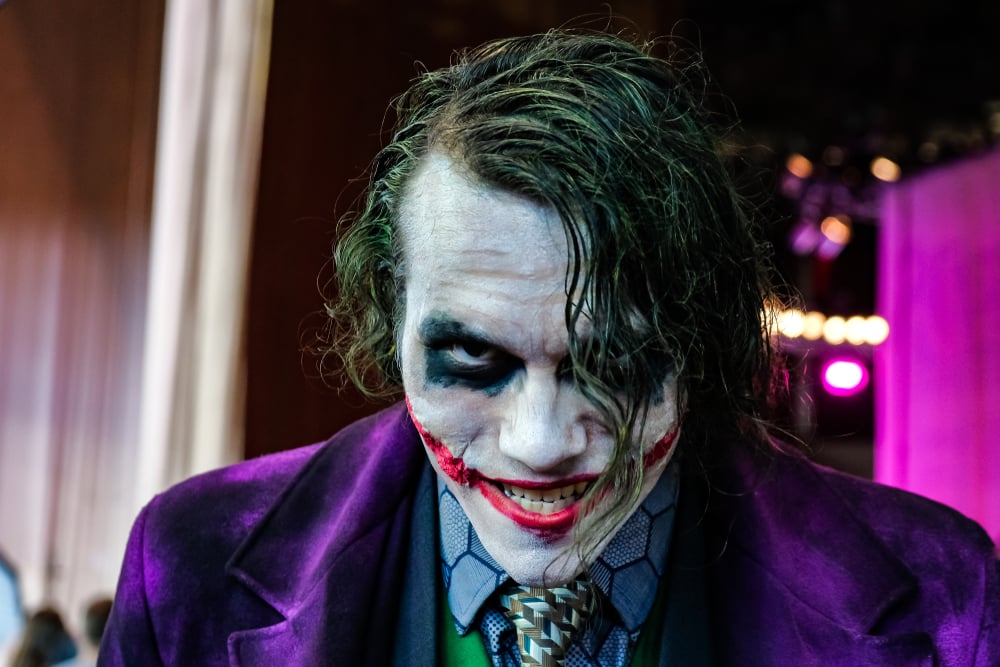 Joker seems to be suffering from the Pseudobulbar affect or PBA, which is characterized by uncontrollable fits of laughter or crying. These episodes of laughter or crying can last for several minutes. Joker often finds himself laughing at inappropriate situations, which leads him to carry a card indicating to others that his inappropriate laughter is not disrespect, but rather the symptom of an illness. Joker, aka Arthur Fleck, is literally a ‘clown’, working as a stand-up comedian by profession.

While traveling back from the center that gives him medication at subsidized rates, Joker tries to amuse a child sitting in front of him, but the child’s mother objects and Arthur bursts into a fit of laughter. Another outburst happens during one of Arthur’s stand-up sets, so he was completely unable to perform. This was then ridiculed by the stand-up comedy star Murray Franklin. 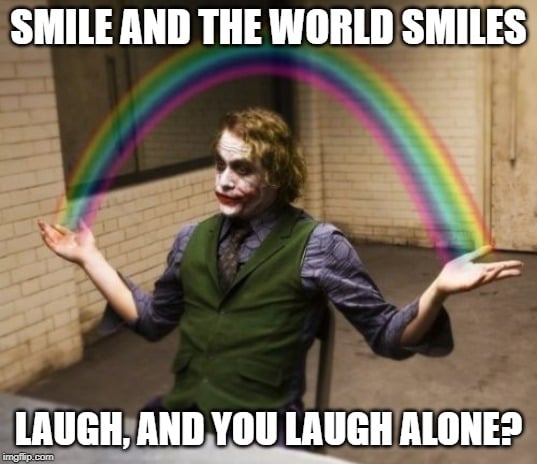 The Pseudobulbar affect is caused by a brain injury or some other neurological condition that affects the part of the brain controlling one’s emotions. Later in the movie, it is shown that, as a child, Arthur was hit on the head by his mother Penny’s abusive boyfriend, hinting at the cause of the Joker’s illness.

What are other mental illnesses seen in Joker?

The first half of the movie deals with the causes leading up to the second half’s events, namely the remorseless killing. The merciless stabbing of Randall, one of Arthur’s colleagues, before slamming his head against the wall until it explodes clearly indicates Antisocial Personality Disorder in Joker. Antisocial personality disorder often manifests as criminal behavior and frequently breaking the law without any remorse for the crimes being committed. 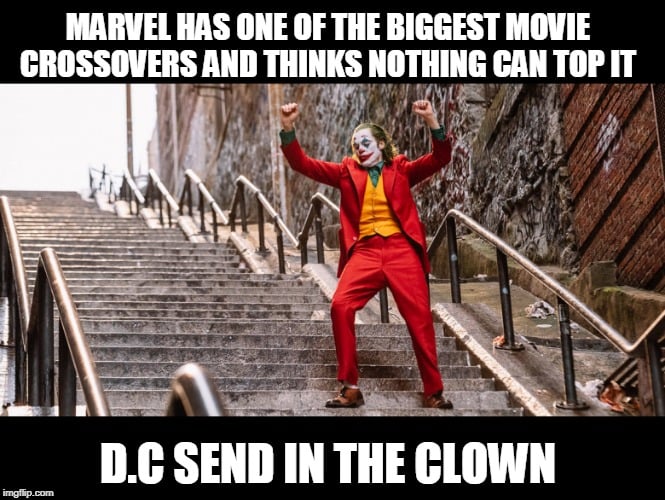 In the movie, after Joker shoots three men in the train, he hurriedly runs into the public washroom. Instead of showing any remorse or guilt, he is instead seen displaying ballet hands and postures similar to dancing. This clearly indicates that he does not feel emotions like a normal person. People suffering from this illness frequently break the law, are very witty and charming, disregard the safety of others, and are prone to lying and stealing. All of these symptoms are seen in the Joker.

Despite suffering from a serious mental illness, Joker is witty and extremely charming. He keeps a joke book in which he writes down witty lines and primarily uses dark humor. When Joker appears on Murray’s talk show, he appears to be very charming in the beginning, before he starts confessing to his crimes. Joker lies to the detectives when they ask about the murder of the three men on the train and also steals his mother’s file from the asylum. The causes of antisocial behavior are often traced to childhood abuse and hereditary factors. In the second half of the movie, the audience learns about Arthur’s childhood abuse by his mother’s boyfriend. His mother was suffering from delusions and was admitted to an asylum.

Joker also seems to be suffering from psychosis, as he is shown to be delusional in various ways. Psychosis is a mental health condition in which a patient perceives reality in a way that is which is very different from what actually happens. One of the symptoms is delusions, which refer to having a belief in something that is not true.

Joker is delusional about dating his neighbor. He imagines her coming to his stand-up comedy shows and sitting by his side in the hospital when his mother has a heart attack. Later, it is revealed to the audience that it was all his delusion. He was also delusional about meeting Murray, whom he believed had called him the “son he never had”. Joker also finds out that his mother was delusional, having believed that Arthur was the illegitimate son of Thomas Wayne, Batman’s father, for whom she had worked when she was young.

Why is joker the most liked villain? 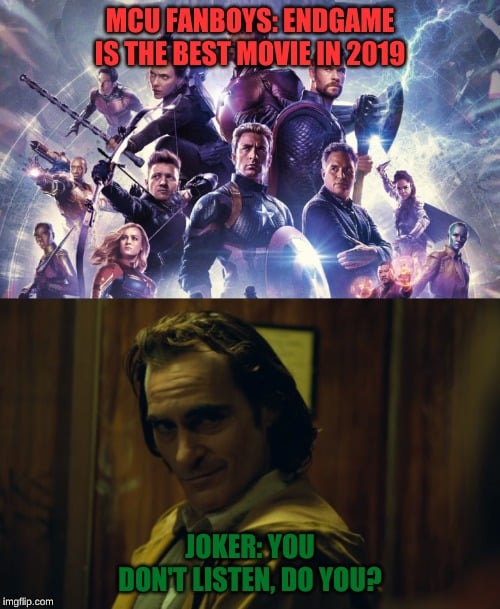 Joker is not inherently bad, but rather a bad product of his circumstances. Audiences usually despise villains, but in the case of Joker, they tend to sympathize with him. Joker gains the sympathy of the audience when funding to the center is cut and Arthur is unable to access the medication he needs. Although Joker mercilessly kills Randall, it is because of Randall that he was thrown out of his job, as Randall tricked him into keeping the gun and then filed a complaint against him. All Joker wanted was to be understood by society, rather than ridiculed.

Villains usually don’t have a rational motive for their villainy, but Joker’s psychotic killing spree does have a motive. When he shoots the three men on the train, it’s because they constantly bullied him and had beaten him up because of his inappropriate laughing. They were also disrespecting a female passenger. In this light, Joker’s violence was more a form of self-defense, rather than a true act of villainy. In fact, Joker was praised in Gotham City for his consistent disregard of the rich, who can only succeed based on the misery of the poor. Joker became a revolutionary and started riots across the city. 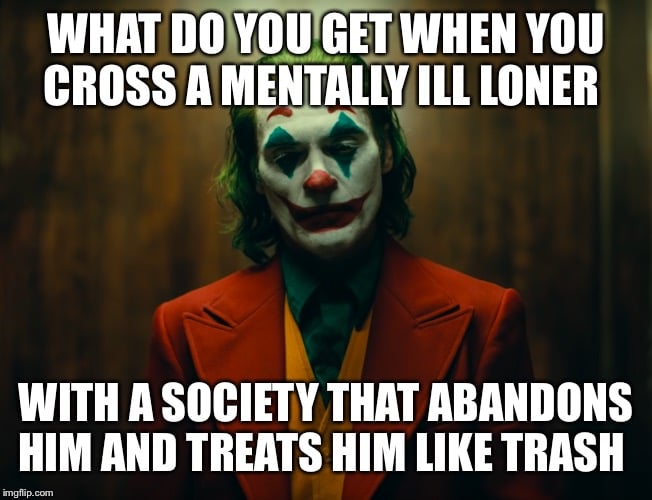 Joker is not a complete psychopath, as he also displays acts of kindness. Joker was a very diligent son who took care of his mother, regularly mailing her letters and bathing her. When he killed Randall, he did not kill his other colleague who was present in the room, despite the fear that he could go to the police. In fact, Joker let him go because he was the only person who had been kind to Joker during his job. When Joker finally kills his mother, it’s because he realizes that she is partially responsible for his mental illnesses, due to the childhood abuse she was unable to stop. He also realizes that he is adopted and not her biological child.

Being without critical medication, unemployed, ridiculed by society, neglected, and unaware of one’s biological parents could make anyone go off the deep end. As a psycho-thriller, Joker sheds light on various social issues affecting society in major ways. Every person wants to be heard, but even Joker’s psychiatrist would barely listen to him, which frustrated him immensely, leading to yet another violent murder in one of the final scenes. However, Joker was a selective murderer; he probably did not kill his neighbor, as he was seen walking out of her flat without any blood trail, but the danger of such an unpredictable personality gave the movie its haunting edge. Modern audiencea partly understand Joker’s plight and sympathize with him, making him the most popular psychotic villain!