If we’re being completely theoretical, then yes, dragons from the Game Of Thrones show could, just maybe, have evolved on this planet. However, nature would have to perform some ridiculous biological gymnastics to make your dreams of dragon riding a reality.

With the release of House of The Dragon, it’s natural to wonder once again: Could there have been dragons in real life? For the sake of imagination, let’s assume that dragons could evolve. How exactly would that happen? 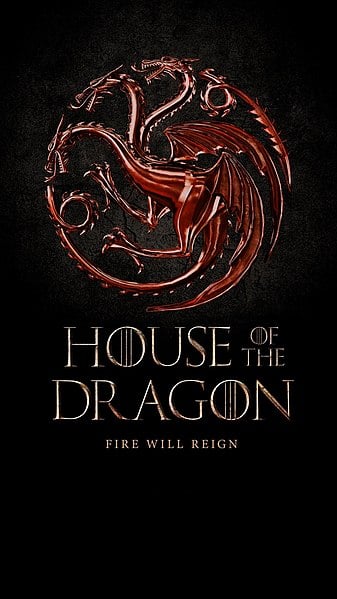 Dragons are the bedrock of the power of the Targaryens, the bloodline that the new Game of Thrones spin-off show “House Of The Dragon” follows. (Photo Credit : Jlljs/Wikimedia Commons)

For the sake of this experiment, let’s use George R. R. Martin’s description of the dragons as source material. They are described as magical, flying, reptilian creatures. Flying and reptilian seems straightforward, but what about the magical bit?

The most obvious and important magical quality is that dragons breathe fire. The other ability I’m going to consider is their apparent indestructibility. Dragons are depicted as being resistant to certain weapons, like arrows and swords.

Now, let’s see how that could hold up in real life.

As mentioned, dragons are flying and reptilian. A reptile-like dragon would have to be scaly, bearing claws, pointy teeth and, of course, reptilian eyes. Additionally, dragons would have horns (as described in the book A Clash of Kings).

In our dragon-less world, one reptile does indeed have horns: the horned toad! 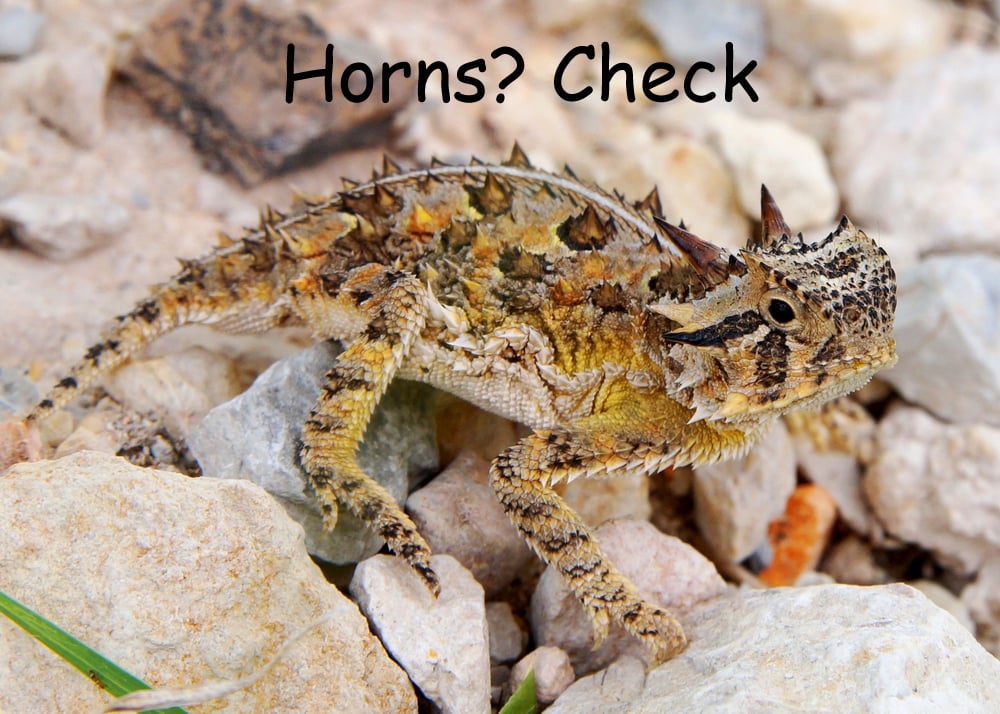 The horned toad has horns.

George R. R. Martin was insistent on the creature having two legs and two wings, and he was right to do so!

It’s oddly coincidental that dragons are described as having “bat-like” wings, as I imagine they would have evolved their wings much like bats.

Hypothetical dragon ancestors would have jumped from tree to tree or rock to rock. This would have eventually led to their forelimbs becoming webbed and then forming bat-like wings. This is far more likely than a dragon evolving an additional pair of limbs. This is why it doesn’t seem likely that humans will ever evolve wings.

Additionally, our world already has flying lizards! Draco is a genus of flying lizards that use their skin to fly from tree to tree. Although they have the exact wing structure of bats, these beasts use skin that extends from their ribs to help them glide from one tree to another. There is one issue though; these lizards are quite small, while dragons are incredibly large. So… how large could a dragon get? 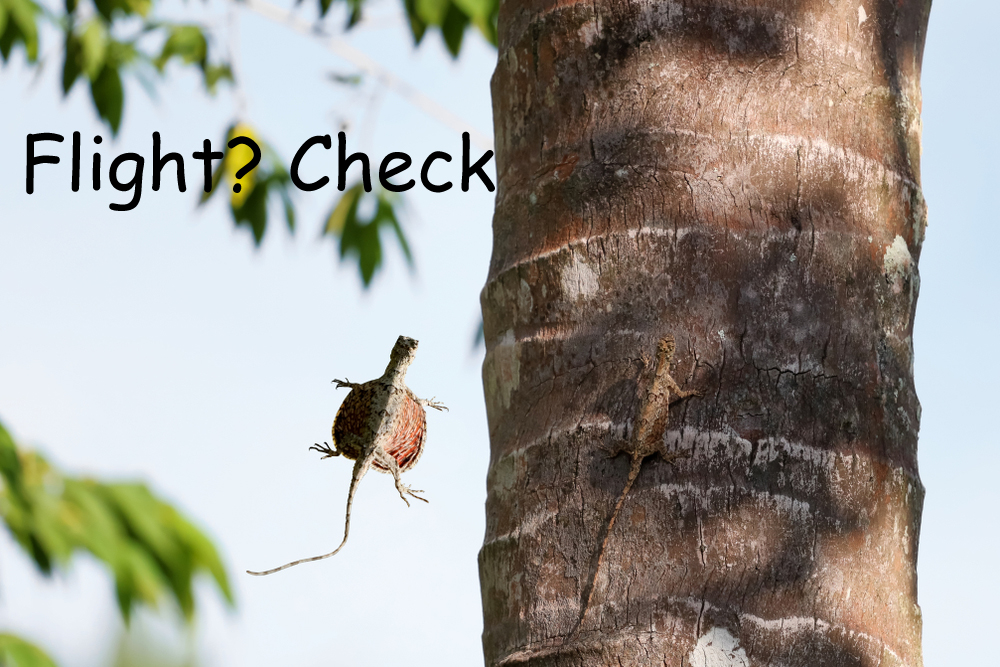 Draco is a genus of flying lizards that use skin flaps to fly from tree to tree.

Dragons are known to be fairly large creatures, so while we couldn’t have dragons as large as mountains, we could certainly have fairly large creatures. As an example, let’s look at the pterosaur, it was said to have the power of flight, even with an 11m wingspan! Those do seem to be the upper limits for flight, but it’s quite an impressive limit!

Fuel For The Fire

Breathing fire is no easy feat to accomplish, but it’s also not entirely impossible… theoretically! For dragons to breathe fire, they would need fuel and something to ignite it.

For starters, let’s think about the fuel options. It would be absurd to say that dragons could use gasoline as a fuel. There are no known biochemical processes that produce gasoline, but there are a lot of flammable substances, like methane and hydrogen sulphide, that the body naturally produces.

Personally, I think alcohol (ethanol, to be specific) would be a great fuel source. Being a liquid, more of it could be stored in a smaller space, allowing for more fuel to use for the production of fire. Moreover, gases are tougher to control and sprayed aerosols could be controlled more easily (think about the spray from a deodorant). 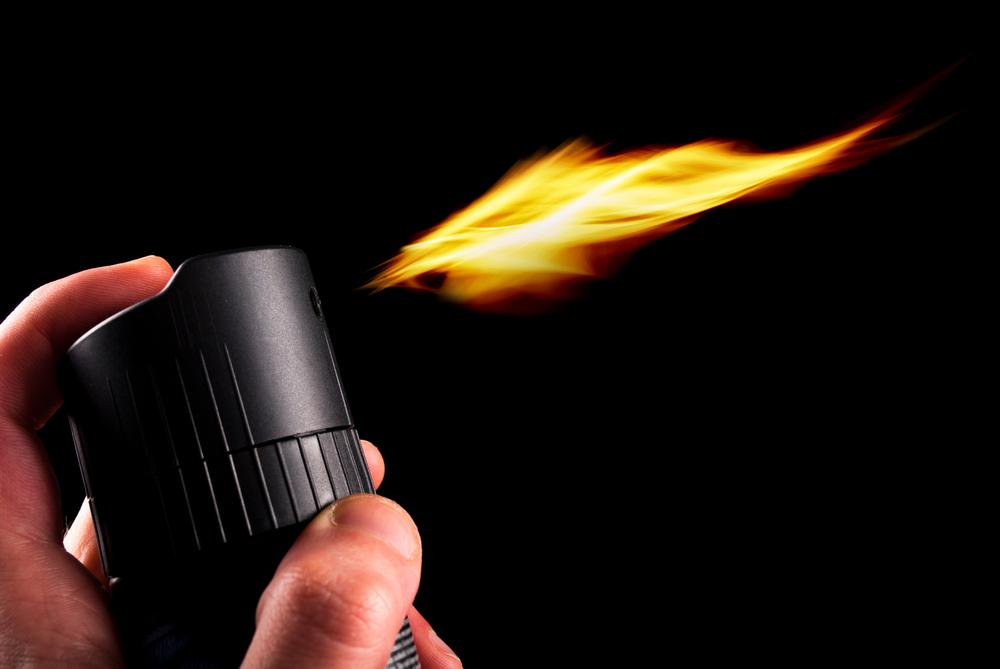 A little parlor trick that you should NOT try. (Photo Credit : Emmily/Shutterstock)

But where would the dragons get the alcohol from? That’s the interesting part. Dragons could generate this alcohol in two ways.

One is through fermentation, which could be done by symbiotic bacteria (the same way we make wine, but this would happen in their bodies). Another way is that dragons could have evolved a pathway of anaerobic respiration (breaking down sugars, in the absence of oxygen) like plants. In both cases, alcohol could be the byproduct, and dragons would use this to their advantage.

There is a big problem though. Alcohol only ignites at 365°C. That said, when alcohol is sprayed in the form of an aerosol with the right pressure and volume, it can go up in flames at temperatures lower than even 100°C… but how would the dragon generate that temperature of 100°C?

Let’s take a look at how this crazy beetle starts a fire. 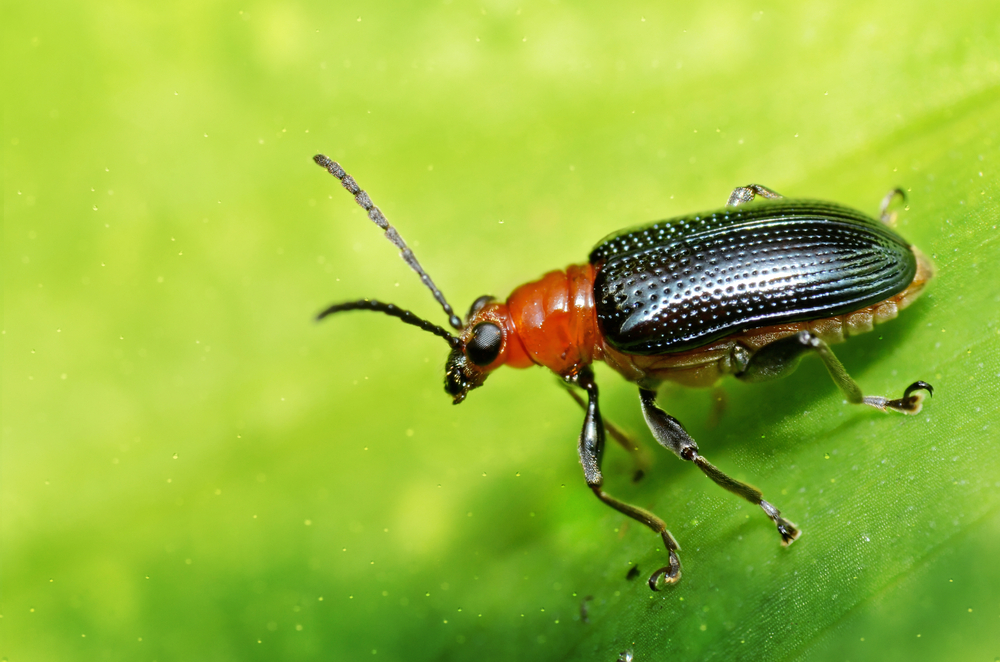 How could this little beetle possibly start a fire? Photo Credit : Wasan Ritthawon/Shutterstock)

The bombardier beetle, when threatened, creates a small flash explosion from its backside!

The beetle does this by mixing two liquids (hydrogen peroxide and hydroquinone) that it holds in separate pouches. When it is threatened, it releases both these liquids, which combine to create heat reaching temperatures of even 100°C. Watch this crazy creature in action!

Our theoretical dragons could use a similar mechanism. They would only need small quantities of these substances, as they would only need to produce a small ignition spark, making it easier for dragons to start their first breath of fire.

The Armor of Dragons

Dragons are also known for having scale-like armor. Although not completely invulnerable, it does provide protection from arrows and such, so what exactly would be the mechanics of that?

Well, the answer is quite simple—thicker scales. This paper explains that humans could have bulletproof skin if our skin was 5 cm thick. But what about the scales of a dragon? The skin of a human does have an outer layer of keratin, which is exactly what the scales of lizards are made from! That’s also what tortoise shells are made of. Tortoise shells are 1.5 times as dense as human skin, making them much harder to penetrate. If dragons had scales as hard as tortoise shells, they would be impervious to a lot of weaponry.

Additionally, the bigger the dragon got, the thicker its scales would grow and the more indestructible it would become!

The existence of dragons has some very interesting connotations. If there was a creature that was practically indestructible and could breathe fire, wouldn’t it destroy all life around it? I’d like to think that the presence of dragons would create far more interesting creatures that evolve to counter dragons. Maybe we would have fireproof trees and animals that have figured out how to pierce a dragon’s armor.

The possibilities are endless! What other magical creatures could have existed? And beyond existing, we could actually explain their existence! With that in mind though, what crazy creatures in our world are we already ignoring today?

Think about the angler fish that lures in its prey with a light on its head, or the horned lizard that sprays blood from its eyes. If these crazy creatures exist, what else might be lurking just out of sight, somewhere between imagination, evolution and fantasy?