When we think about human beings across the planet, we come in many different shapes and sizes, but there aren’t any twenty-foot humans walking around out there in the world. There is a certain limit to the size of our species, and our skeletons tend to stop growing once we reach adulthood. At that point, the only direction we can go is smaller.

However, is that true of all animals? Or do some continue to grow throughout their lives? If the latter is true, then where are all the giant animals hiding?

The Natural Weight of the World

There are a number of reasons why nature unfolds the way it does. Every evolutionary step is based on millions of small mutations that occur over tens of thousands of generations, each leading to the size, shape, color and biological characteristics that we see today.

When it comes to the size of animals, many people are quick to point to the size of dinosaurs, who were land animals of a much larger size than we see in land animals today. Why, people then ask, are animals of the present not nearly as large, and why do they seem to have a finite size? – a breaking point of scale, as it were.

The thing is, animals have a certain set of requirements, both in terms of food availability, nutritional value, temperature considerations, natural predators, metabolic demands and countless other factors that have urged them to evolve in a specific pattern.

Millions of years ago, dinosaurs – most notably, sauropods, which are known as the largest terrestrial animals in the history of Earth – lived in a very different environment than the one we know now. There was significantly more oxygen in the atmosphere, which allowed for much more abundant plant coverage and growth. This allowed dinosaurs, which were the dominant species on the planet, with very few natural predators, save for other carnivorous dinosaurs, to increase their size in proportion to availability. 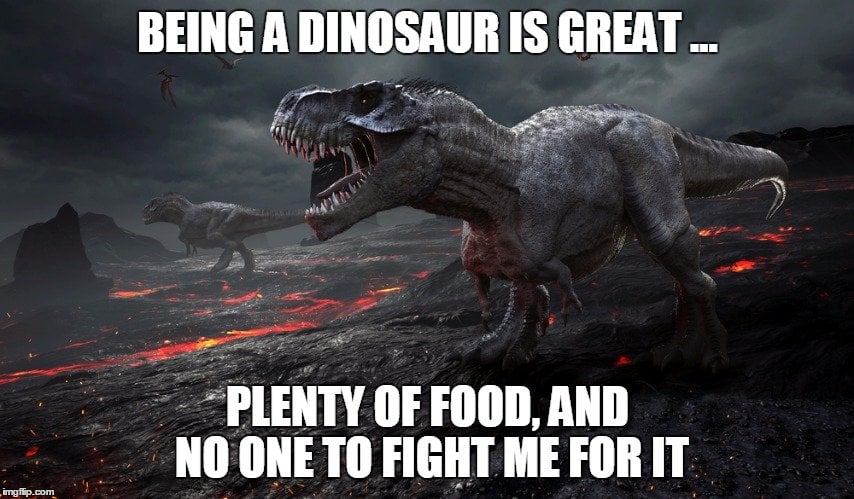 Furthermore, large creatures tend to do well in the short term, but on an evolutionary time scale, most massive creatures face a number of unavoidable challenges. To live functionally, large animals need to be spread out across larger habitats to prevent competition for food, but this also makes them more susceptible to disease, and an inability to mate. While being large means few threats from predators, the other aspects of life can make it difficult to survive.

Basically, the carbon dioxide-rich atmosphere led to plant growth, which led to higher oxygen levels. This is believed to have allowed animals to grow larger because food was abundant, and competition for that food was extremely scarce. When we think about the world now, with its millions of different species, much more complicated ecosystems and food chains, as well as the impact of humanity on ecosystems and the global environment, it is easy to understand why animals don’t have the opportunity to grow to incredible sizes any longer. There is simply a higher chance that an animal will come in contact with a predator in increasingly limited wild spaces, or an animal will succumb to the effects of climate change or human infringement.

While this is a depressing realization, there are other factors. The evolutionary route that many species takes only provides organs of a certain size and functionality to support a given body size. There is a reason why most species types have a general range of size; they are in a constantly evolving state, and we are seeing only a snapshot of it. Natural limitations keep an upper limit on most species’ size today, but there are a few notable exceptions.

When Growing Up Never Ends…

A number of animals may not grow to colossal sizes relative to dinosaurs, but they do continue to grow throughout their lives. Some of the most common examples of this phenomenon are sharks, alligators, kangaroos, snakes, crayfish, iguanas, many lizards, tortoises, lobsters and octopuses.

This type of never-ending growth is called indeterminate growth, meaning that there is no boundary except the limitations of the habitat – namely the availability of food and protection from predators (humans included).

In humans, puberty is a period of incredible growth and change, and the hormonal fluctuations in the body can be extreme. However, the estrogen produced by the body during this period (by both men and women) causes the growth plates of our bones to fuse together, so we tend to reach our adult size and stay there.

This doesn’t happen in indeterminate growers, and it looks like evolution is to blame. When we think about getting bigger and living longer, humans naturally think about “aging” – the gradual breakdown of organ systems and cellular mutations that cause oxidative stress, and generally make the body less efficient.

In many of these indeterminate growers, such as tortoises, researchers have found “negligible senescence”, meaning that these creatures don’t really age. The cellular makeup and structure of a 100-year-old tortoise is essentially the same as that of a 20-year-old tortoise. The reason that we don’t find sharks as big as school buses and octopi as big as a boat is because the rate of this ongoing growth is rather slow, like a tree adding a single tiny ring every year to its trunk. 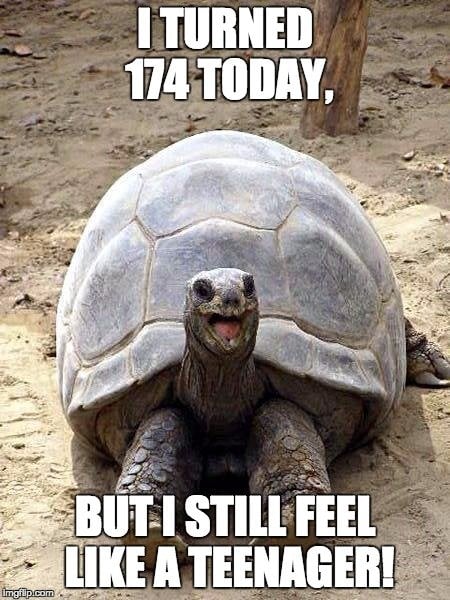 Scientists haven’t been able to determine exactly why some species have this ability for unending growth and “agelessness”, but it continues to fascinate researchers, and possibly bringing humans one step closer to understanding immortality.

Until we figure that out, just make the most out of life, and keep your eyes peeled for giant kangaroos!