Disney has come a long way from portraying women as damsels in distress in their earlier movies (Snow White and The Beauty and the Beast) to breaking gender stereotypes in new movies, like Frozen.

Regardless of gender, the youth of today have entered adulthood after watching the fairy tales and ideals of love provided by Disney movies. Cinderella, Snow White and Sleeping Beauty all reflect a time in society where women were considered little more than damsels in distress who needed a knight in shining armor to rescue them.

Mulan and Tangled represented rebellion against these tropes through rising waves of feminism. At present, Disney’s beloved blockbuster, Frozen, demonstrates that women do not need men to save them through the characters of Anna and Elsa. 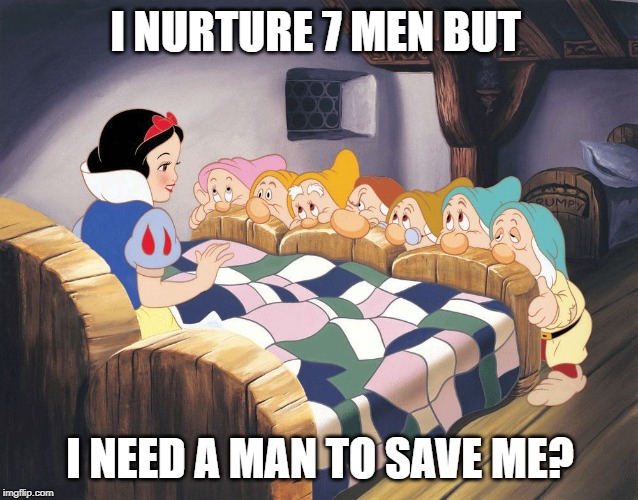 If they were not damsels in distress, then women were portrayed in villainous roles, such as Ursula in The Little Mermaid, Maleficent in Sleeping Beauty, and the wicked stepmother in Cinderella. These demonic roles can be linked to witch-hunting activities in the past.

However, it’s interesting to see the roles of villains changing from purely malicious to being a product of their circumstances, as seen in Maleficent: Mistress of Evil (2019), and its prequel in 2014. This change has made antagonist roles more realistic and relatable, which reflects a paradigm shift in society. It is imperative to remember that media is always a reflection of society, as well as an instrument for change. 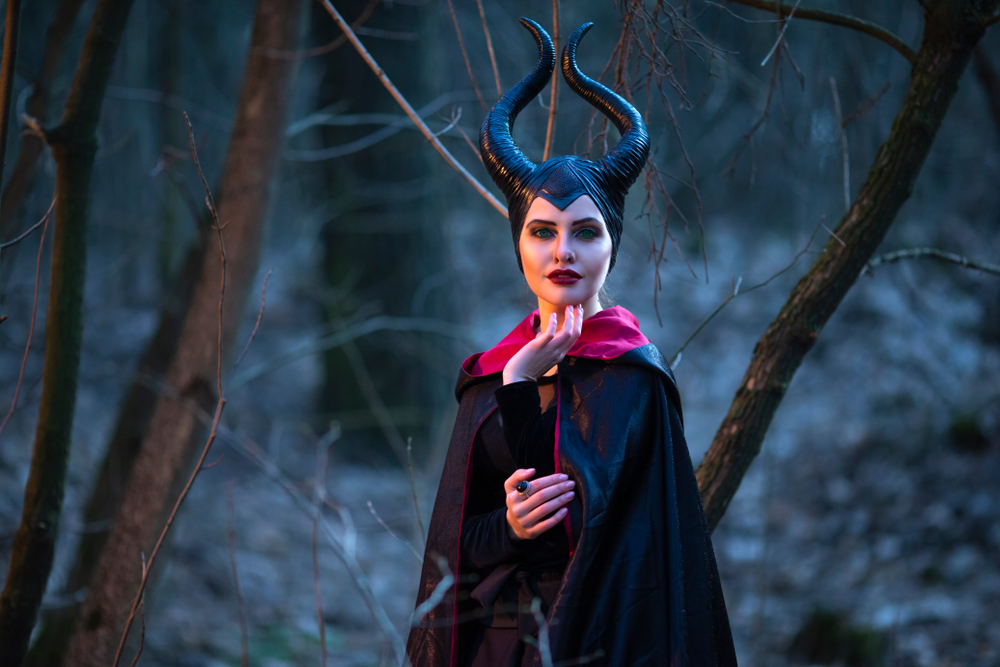 Maleficent was a refreshing take on a Disney villain. (Photo Credit : Dmitry Morgan/Shutterstock)

What are gender stereotypes?

For instance, men are ‘supposed’ to be bread-winners, aggressive and ambitious, whereas women are stereotyped as being emotional and passive care-givers. “Don’t fight like a girl” or “Boys don’t cry” are phrases borne out of gender stereotypes.

Representation of gender in media 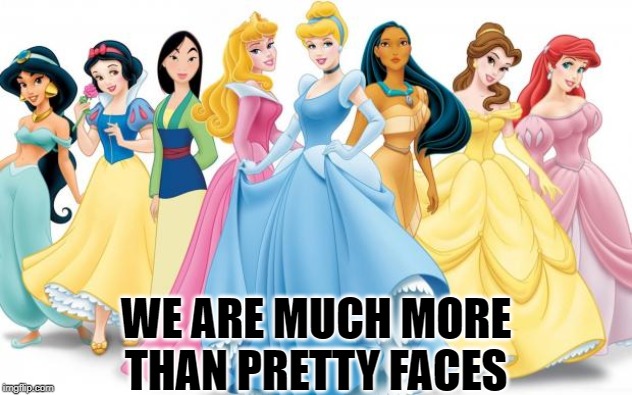 Media is a reflection of society. Common gender stereotypes are thus reflected in media in the form of books, television shows and movies. Women in media tend to have only two images: good and bad.

“Good” women are shown as being pretty, young, deferent, dependent on men and lacking an identity of their own. Disney’s The Little Mermaid is a classic representation of women (literally) dissolving their identity for men. Ariel gives up her identity as a mermaid and takes on a human form to live with her lover. The “bad” women are those female villains portrayed in Disney who thwart other women’s happiness, a role that also serves the patriarchy.

Men are shown in stereotypical roles of aggression, ambition, saving and ruling the world, as repeatedly seen in Marvel Movies. This savior complex in men is also portrayed in the world of Disney, where the kiss from a prince can wake a Sleeping Beauty from her deep slumber. That same movie was remade from the villain Maleficent’s perspective; instead of the prince doing the kissing, the pure love of Maleficent revoked the curse. Again, this shows how our society has begun to shift its perspective when looking at women.

Changes that have occurred in Disney movies 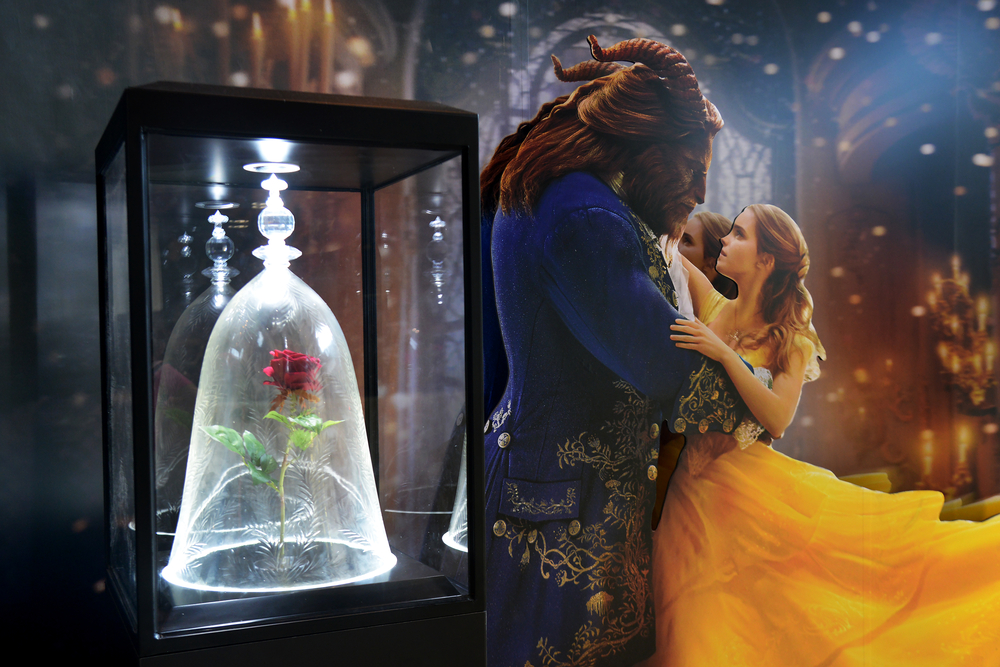 Apart from the stereotypical roles in Disney movies, there is also a shift in the amount of dialogue given to male and female characters. A linguistic study conducted by Carmen Fought and Karen Eisenhauer, who analyzed the Disney movies, concluded that the Disney Renaissance Era (1988-99) was male-dominated. In movies like Aladdin, Beauty and the Beast and Pocahontas, men spoke over 70% of the time.

However, in later movies like Tangled (2010), female characters spoke 52% of the time, and in the movie Brave (2012), male characters had only 26% of the dialogue. This demonstrates a clear shift in gendered dialogue-delivery frequency. 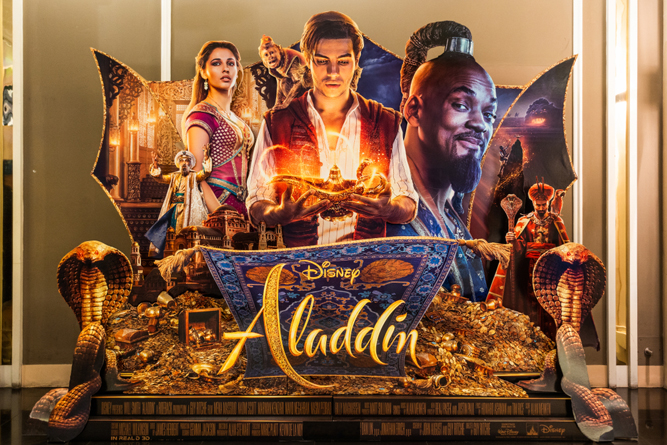 Aladdin had a lot of male dialogue. (Photo Credit : Sushiman/Shutterstock)

The changes in Disney demonstrated in two recent movies: Brave and Frozen

Although it is a “princess movie”, Brave seems to veer sharply away from the typical princess story plot of falling in love with a prince and getting married. Merida, a Viking princess, refuses to be confined in the stereotypical role of a princess. She is independent, rebellious and free-spirited. She does not want to be confined to marriage and having children. She wants to form her own identity and does not give in to the pressures of her mother, who simply wants to make her a ‘princess’.

The character of Merida becomes relatable to those 21st century girls who want to be independent and not defined by men, marriage or children. Like any teenager, she feels misunderstood and learns how to be accountable for her own mistakes. She knows that a stereotypical Prince Charming will come and save her, nor does she need it! 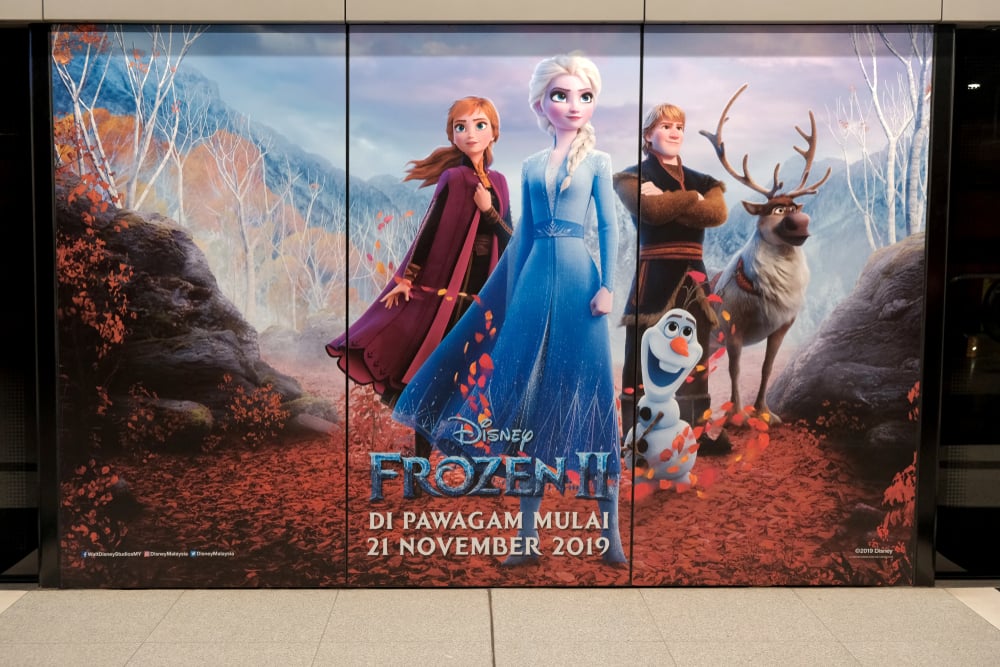 Both Frozen 1 and 2 deal with two strong female leads that Disney introduced for the first time. Anna and Elsa are both princesses. Elsa possesses superpowers and dearly loves her sister Anna. This movie focuses on family and sisterhood. Although it does contain romance elements, that is not the central plot of the movie, which was refreshing for a Disney movie.

Whenever Elsa leaves the kingdom, Anna takes her place and helps her sister avoid any peril. They do not rely on their lovers, but instead save one another every time. The male characters take a backseat in Frozen, allowing women to save the day. The romance in the movies serves as comic relief, rather than being the central plot.

By evaluating Disney’s journey from Snow White to Frozen, Disney has come a long way in terms of overcoming gender stereotypes. This also reflects the journey of our society and the efforts of feminism to remove deeply established gender stereotypes.

Women are not just objects of beauty who need to be rescued. They are just as independent as men. Women have lofty ambitions and wonderful goals in life, and this truth is important to express to the younger generation of both boys and girls. Disney didn’t always do a good job in this arena, but their recent character, plot and dialogue balance shifts suggest they’re moving in the right direction.