The general definition of someone suffering from a savior complex is a person who feels responsible for saving or helping others, even if that provision of service is detrimental to one or both of those people, over time.

Over the past decade, there has been a resurgence in hero worship, driven by nothing more than the Marvel Universe movies, which have captured the imagination and attention of millions of people around the world. Set in a world not unlike ours, these incredible heroes have saved the world in countless different ways in about 20 movies already!

When people think of such phenomenal superheroes, they may think of them as “saviors”, protecting the Earth in these fictional films from evil forces lurking out in the darkness of the universe, or from the evil lurking in the hearts of men. However, you may want to avoid telling the Hulk that he has a “savior complex”. Despite initially sounding like a compliment—saving people is a good thing, right?—there is actually a negative connotation to this phrase in many different cases.

The history that lies behind this term, and its various modern manifestations, may encourage you to choose your words and actions more carefully, lest you be labeled with this controversial term.

What is a Savior Complex?

The general definition of someone suffering from a savior complex is a person who feels responsible for saving or helping others, even if that provision of service is detrimental to one or both of those people, over time. Commonly known as a messiah complex or Christ complex, the term has ancient and controversial roots. 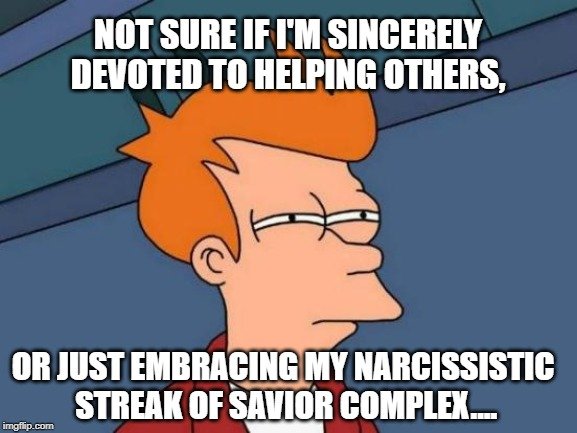 Jesus Christ is often called the “savior of mankind” by Christians, and his most defining act is “dying for our sins” and then “rising from the dead” to eventually be seated at the right hand of God. That Jewish carpenter has also become one of the most important and recognized figures in human history. One manifestation of the “savior complex” in individuals is the development of a strong belief that they are going to be a savior, whether it is to a large group of people, a small group, or even a single partner or dependent.

People who seek out power or find themselves unexpectedly in positions of power often develop such ideas about themselves; after all, their employees, citizens or dependents count on the leader’s competence, permission, wisdom, generosity etc. to survive. In the sense of power “going to someone’s head”, it can definitely twist up someone’s perspective of the world. This state of being is often linked to having delusions of grandeur, but it is not technically a diagnosable psychological disorder.

One of the most famous examples of a dangerous leader with a savior complex was Adolf Hitler. He viewed himself as the savior of the entire nation of Germany, and believed that it was his responsibility to save them from the scourge of undesirable people attempting to challenge German dominance. Tragically, much of Germany fell in line behind this self-declared savior, and the horrors of World War II and the Holocaust followed. 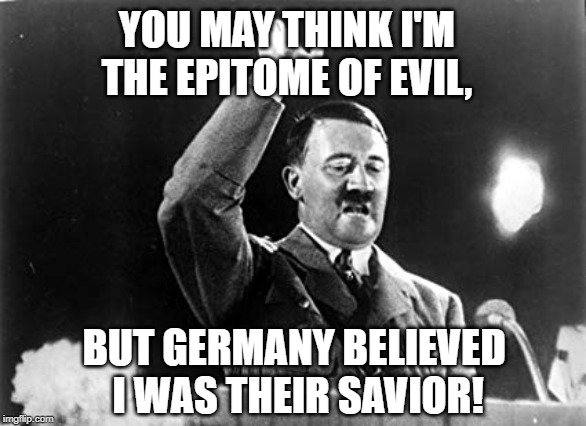 Another, more common form of the savior complex is when someone feels responsible for helping other people, or saving them. This can manifest in many different ways, of varying levels of intensity. In some cases, people will actively seek out those who require help, those who are less fortunate, less financially sound, or less mentally stable. Pouring energy and time into the lives of others can be fulfilling, as service can have many positive effects, but the term “savior complex” applies when this veers into a more intense level. For example, if a person’s devotion to helping others becomes a detriment to their own wellbeing, it can result in feelings of resentment, frustration or emotional burnout.

These personality characteristics are often driven by a sense of nobility, that such selfless behavior is the “right thing to do”. This can gradually evolve into feelings of superiority towards those they are helping, and the line between being generous and being patronizing becomes blurred. Becoming overly emotionally or financially invested in “tragic cases” can result in a pattern, a dangerous cycle where temporary improvements are seen as “victories”, but the individuals receiving help fail to develop their own tools for self-help and self-motivation.

This problem often arises in personal relationships, in which a person perpetually seeks out those who “need” help, such as those struggling with addiction, poverty, or mental health troubles. This desire to “fix” or “change” someone who has a perceived problem can turn them into a project or a patient, rather than a lover or partner. It has also been observed that white teachers who work in challenging environments, often in communities of color, develop certain biases, beliefs and patterns of behavior that are aligned with a savior complex. 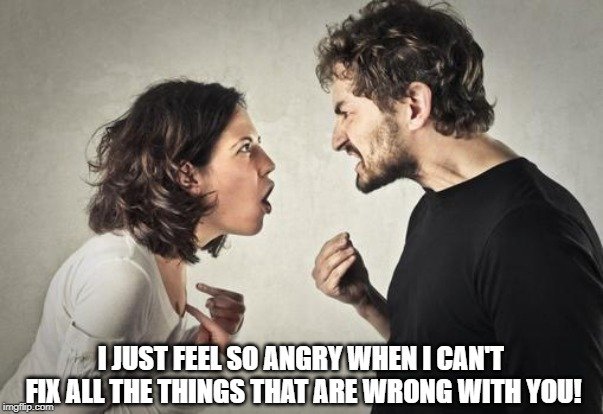 In the long run, having a savior complex, recognizing it and embracing it can also result in psychological damage to the caregiver, as they begin to put others’ needs before their own—an unsustainable way of living. In the case of Jesus Christ, his suffering is seen as a sign of how much he cared for others; however, taking on suffering in the effort to save others is a dangerous path to tread. 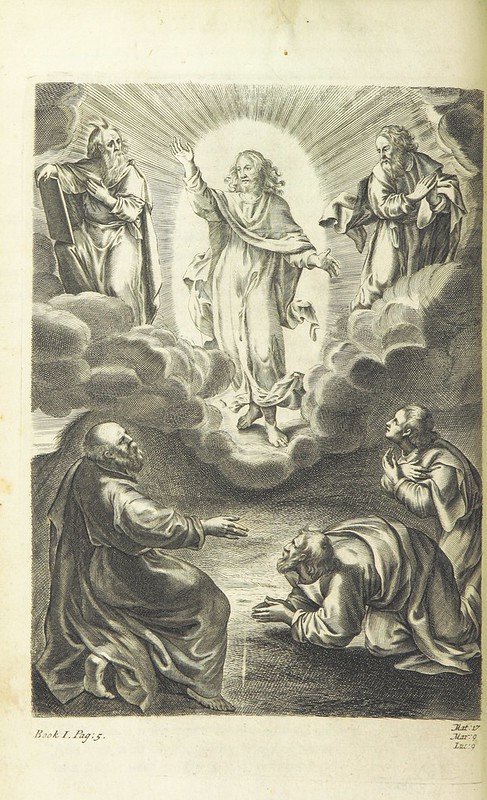 Jesus Christ is revered as “savior of mankind” by Christians. (Photo Credit : Flickr)

The Dark Side of the White Savior Complex

It is impossible not to discuss the concept of a savior complex without introducing the racial element of this phenomenon. For millennia, there has been a peculiar dynamic between certain cultures on the planet—most often between “civilized” cultures and “uncivilized” ones, distinctions made by the self-proclaimed “civil” societies. Whether in the form of 16th century Spanish missionaries spreading the word of Christ in Central America or present-day mission trips of Catholic parishioners to far-flung African villages to build irrigation ditches and houses, the image of the “white savior” has been solidified in the annals of history.

The problem with imposing a western perspective and proposed solution on a foreign problem is that motivations and metrics of success will be inherently different. The White Savior Industrial Complex essentially throws sentimentalism and capital at systemic issues that takes years of study and cultural sensitivity to even understand, let alone attempt to solve. However, the emotional satisfaction that such mission trips or savior mindsets delivers is addictive. An average, middle-class American couple can leave their average, unremarkable lives behind and go have an “adventure”. They can do and do some good in the world, and come home with stories of how they survived the wilderness—stories that will be praised by their average, unremarkable friends. They can elevate themselves from relatively insignificant members of a local Midwestern church to temporary saviors for poor, uncivilized villages on the other side of the world. 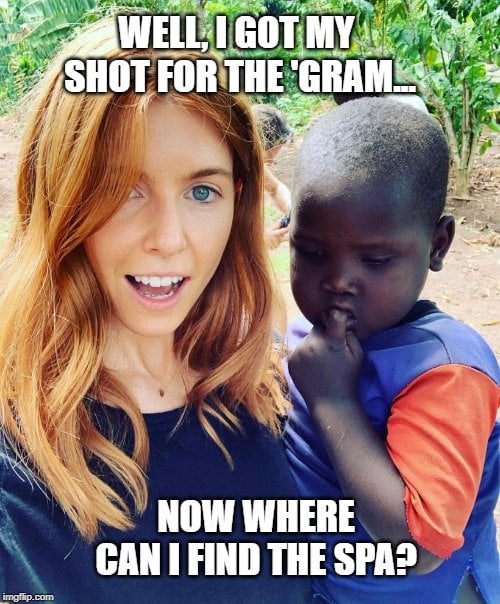 Once they leave, however, with their new houses built and their donated items distributed to the children, the underlying problems in those areas will be unresolved. Their sense of accomplishment and nobility will be huge, but their actual impact on the country will be minuscule; in the long run, it may do more harm than good. Complex issues of democracy, governance, law and order, cultural norms and societal expectations will never be fully revealed to a random American who shows up for two sunburned weeks and accomplishes very little.

At the root of this entire controversy is the supposition that these people need or want help from outsiders. The immediate suggestion is that they can’t handle their own lives or struggles, so white saviors need to swoop in, just as colonizers did hundreds of years ago, to save them from themselves. The dark and racist undertones in that mindset should be eradicated, not encouraged.

While the impulse to help others is admirable and the sign of a good heart, there are boundaries that we must respect in ourselves, as well as in the lives of other people. If the time and energy you spend on saving or helping someone else begins to chip away at your own mental health or happiness, you may be slipping into the realm of the “savior complex”, and historically, that isn’t the best place to be!