Monica is Type-A with OCD tendencies, Chandler uses self-loathing humor, Rachel is a narcissist, Ross is introverted, Phoebe is schizotypal, and Joey is Type-B.

Friends is an all-time classic and a favorite sitcom for many teenagers and adults. When you watch the show, it makes you feel as if you’re sitting right there at Central Perk, laughing and living as part of that legendary group.

Cliché though it is, Friends has been a daily dose of therapy for many adults ‘when it hasn’t been their day, week or year’. Also, this year marks the 25th anniversary of Friends! 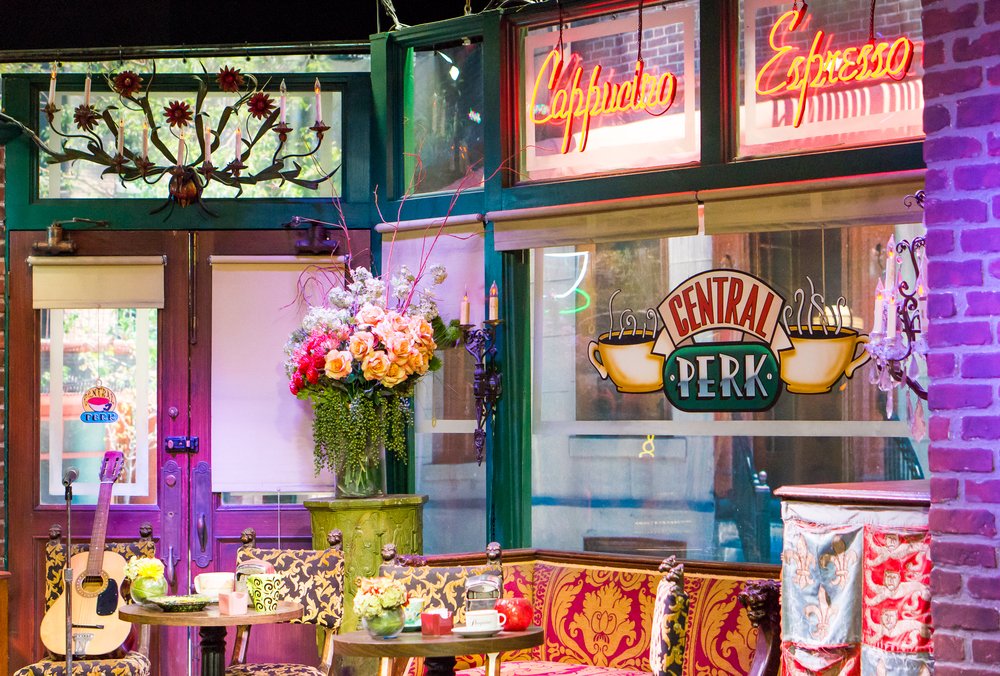 Each character on Friends has been cleverly crafted and made to be very realistic. I’m sure that you’ve come across a girl like Rachel who is a spoilt brat, a ‘good guy’ like Ross, or maybe even a goofy Casanova like Joey. They’re all products of their circumstances and parenting. Their personalities together make for a very interesting group dynamic, as each character has a very unique personality, with both good and bad characteristics.

Monica can certainly be characterized as having a Type A personality. This type of personality is highly competitive, impatient and eager for perfection. Monica, who works as a chef, likes to have a very high degree of control. She wants everything done her way. She loves challenges and always wants to win.

We can see such competitive behavior when she is also okay being the “best worst masseuse”… so long as she is the best in some way! This competitive spirit also makes her get the best Christmas presents for everyone every year. Her perfectionist tendencies are seen in her highly organized and routine-based living. We can see her getting impatient when she gets Chandler a gift and when he takes too long to open it, she snatches it from him and opens it herself.

Monica’s perfectionism can also border on OCD (Obsessive-compulsive disorder). Obsessions involve a need for everything to be in perfect order, while compulsions often involve excessive cleaning. Such individuals cannot control their thoughts and need to have this ítch fulfilled.

She can’t tolerate anything being out of its designated place in the house. Her obsession can be seen when she reorganizes Emma’s toys in a straight line for her to play with or makes a color-coordinated, alphabetically organized folder for Chandler’s alternative career options. Her compulsions can be seen when she tells people to put the caps of pens back on, not serving anything cold without a coaster, or going to Ross’ ex’s messy house just to clean it.

Chandler is the funniest of the group, and is well known for his quick wit and jokes during uncomfortable situations. His humor can be characterized as self-defeating and sarcastic. 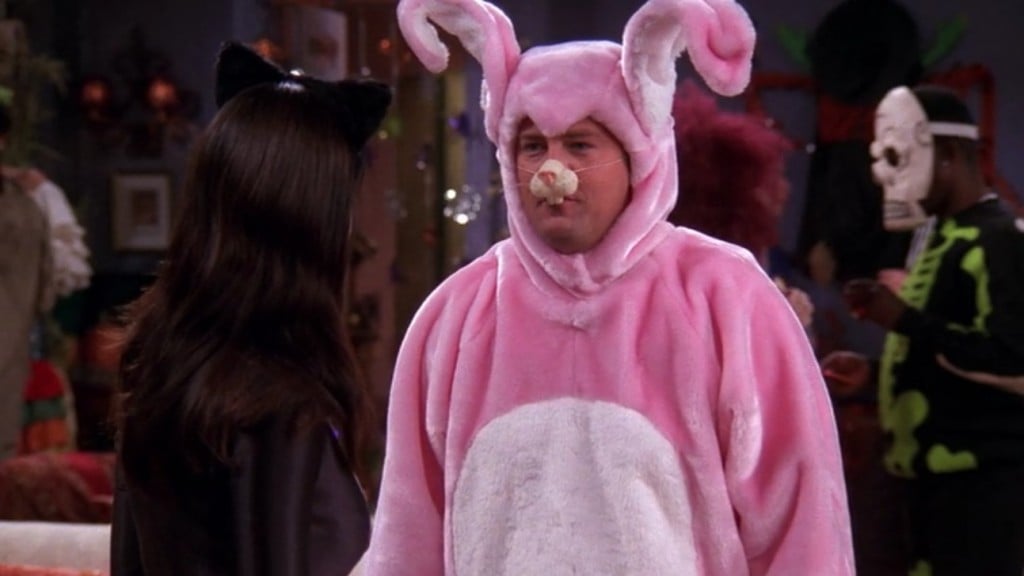 He uses humor to hide the childhood trauma of his parents’ divorce and his mother’s overtly sexual nature. This repression of childhood trauma sometimes makes him incapable of expressing emotions. Remember when Monica tries to make Chandler cry by talking about her death and he doesn’t shed a single tear? 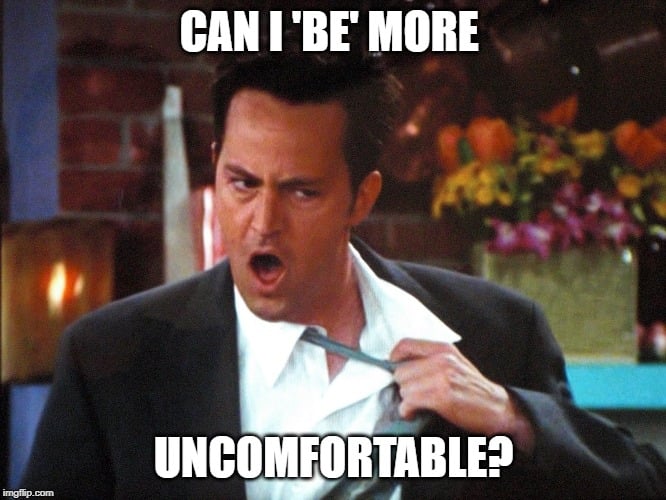 Chandler getting uncomfortable and anxious.

The very first episode of the show starts with Chandler describing his dream of being naked, where he has a telephone in place of his penis, and then his mother calls. Chandler seems to be struggling with some sort of Oedipal Complex.

An Oedipal Complex, as explained by Sigmund Freud in the psychosexual development of individuals, means the sexual feelings that a child feels towards the opposite sex parent. This Oedipal Complex, if not successfully resolved, creates a lot of anxiety in future adult relationships.

Always preoccupied with her looks and appearance, Rachel is a classic narcissist. Narcissists have an inflated self-view and feel like the world owes them something. Feelings of grandiosity, an inflated ego, preoccupation with one’s appearance, and a sense of entitlement are all symptoms of narcissism.

Also Read: Why Does Your Favorite Movie Not Seem As Great When Shown To Someone Else?

Right from high school, Rachel was the popular cheerleader, had a nose job, as she was self-conscious about her nose, and became a shopaholic who survived on her father’s money. Only when she left Barry at the altar, distanced herself from her family, and started living with Monica did she start becoming grounded and self-sufficient.

Her narcissism was not all bad. Due to her excellent taste in shopping and fashion, she finally got a job in a big clothing company and climbed the ladder from Bloomingdales to Ralph Lauren, eventually being offered a job in Paris. Her narcissism is also reflected in her dating life, except in the case of Ross, with whom she has a very off-and-on relationship. Aside from Ross, she seemed to only date good-looking men.

We all know Ross for his famous line—”We were on a break!”, and you may already suspect that Ross has an introverted personality. He was always interested in staying indoors and playing with dinosaurs as a child, rather than playing outside. 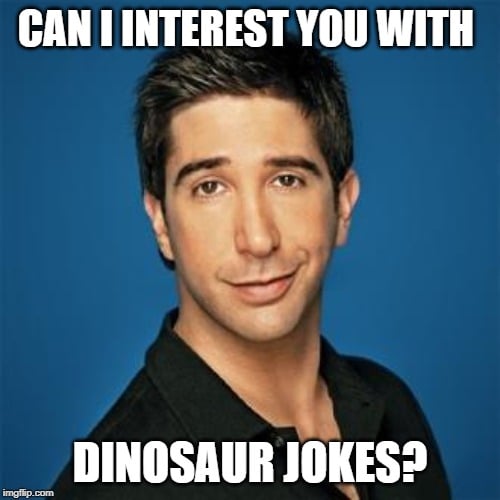 Ross is a palaeontologist.

He is also more agreeable than other characters, which makes him a people pleaser, as he wants to avoid conflict.

He does not actively demand his rights when Carol is pregnant and wants the child to have the surname of her lesbian partner, instead of him. Also, she takes the better TV and other items after the divorce, leaving nothing for him. He doesn’t put up much of a fight.

He is also the firstborn child and hence a favorite of his parents, who seem to like him more than Monica. Ross doesn’t have an overtly masculine personality, but is very caring and emotional. Although divorced thrice, he doesn’t let that affect his two children. 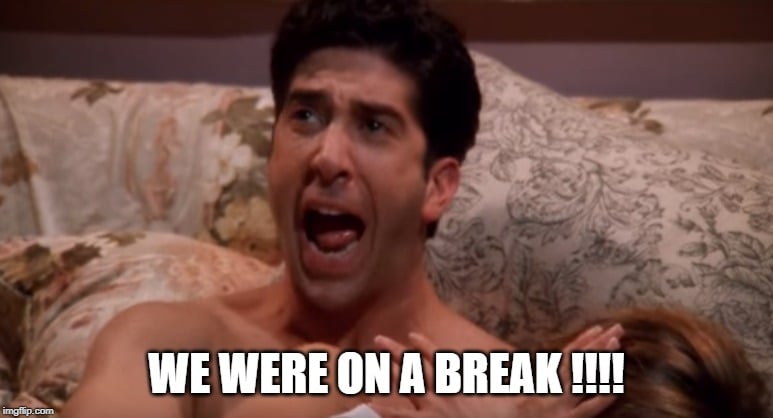 Introverts like things taken slowly, as they are the slow and steady type. Ross’ first marriage lasted for seven years because everything went at the pace with which he was comfortable. However, the second and third marriages collapsed quickly. Introverts like to avoid conflicts and prefer to keep things to themselves. When Ross was marrying Emily, he still had repressed feelings for Rachel and it came out as a “slip of the tongue” when he said Rachel’s name instead of Emily’s at the altar.

Phoebe is a complex personality to categorize. Her quirks and weirdness definitely stem from her abnormal childhood. Her mother committed suicide and her step-father is in prison.

Her biological father abandoned her and her twin sister is completely uninterested in her life. Her childhood trauma has impacted her adulthood immensely. Slight Schizophrenic behavior is also seen in Phoebe, which likely stemmed from her childhood.

Although not as intense as a full diagnosis of schizophrenia, Phoebe does have a schizotypal personality disorder. This disorder has symptoms of unusual beliefs and perceptions, illogical ideas, minor hallucinations, strange emotional responses and memory problems.

Such characteristics are often seen in Phoebe—she sometimes forgets when she repeats something that someone said, hallucinates that her mother’s soul is in a cat, feels that an old lady’s soul is trapped inside her, has illogical solutions to the problems of her friends, and reacts strangely to any shocking news.

Joey is easy-going and relaxed—sometimes so relaxed that he forgets to go for auditions. He loves lounging in the apartment on his lounge chair without any feelings of guilt. 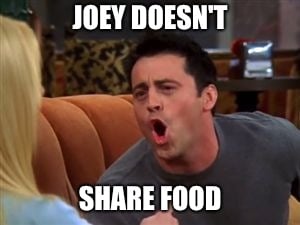 He is a typical Type-B personality. Being an actor, he is good at interpersonal skills. He is dim-witted, but never takes it personally when jokes are told at his expense. He adds humor to the show by his obsession over food and his general goofiness.

‘How you doing?’ is his most popular catchphrase, one that he believes will make any woman fall for him. Although he does not mean any harm, he is a stereotypical womanizer. He’s very charming and can make any woman feel great, but he’ll rarely call after sleeping with her. Even if he’s on a date, he already has other dates lined up with women on the same night!

All these different personalities create a perfect recipe for laughter and engaging conversations that made the Friends audience uniquely addicted to the show. Friends is and will always be an all-time favorite show to binge-watch, regardless of your mood or the time of day!

How much do you know about the personality types shown in Friends?