Inbreeding is not a wise practice, especially in humans. Inbreeding causes an inbreeding depression. This is due to the magnification of the deleterious genes in the gene pool and leads to fatal outcomes.

Although it is practiced among some communities across the world, by and large, it is avoided. Certain religions also consider it a taboo, but there is also a scientific basis to this apprehension. Before we get into that, let’s first understand what inbreeding is. 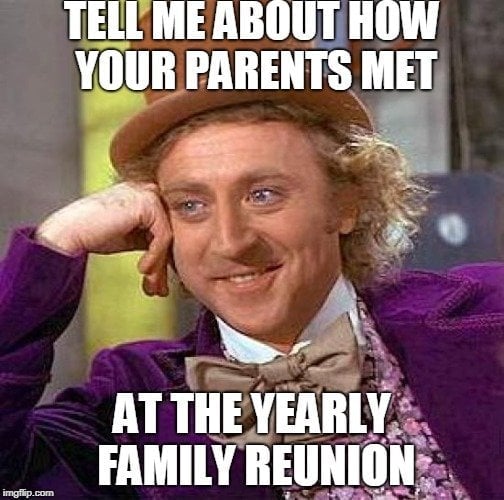 Inbreeding is a widely practiced technique in the rearing of animals and plants. For years, it has been employed to obtain certain benefits, even though it is said to be dangerous. But why is inbreeding considered so dangerous?

The answer is simple – inbreeding depression. Inbreeding manifests the potentially fatal recessive alleles that all of us possess, which can increase the occurrence of certain harmful traits. Too much science mumbo jumbo? Let’s break it down a bit further. First, we need to understand the concept of dominant and recessive genes.

Every person inherits one set of genes from each parent. Therefore, for a particular characteristic, every human has 2 genes. Now, both these genes could give us the same form of that trait or character, or they could give a different one. For example, a person could have both genes for a widow’s peak hairline, or one gene for a widow’s peak and the other gene for a straight hairline. In cases like this, one gene usually masks the other. This masking gene is a dominant gene, while the other is a recessive gene. This means that if both a dominant and recessive gene are present, then only the effect of the dominant gene will be visible. Therefore, for the effect of the recessive gene to be visible, both the genes must be recessive. Consider the following image. While “W” stands for a widow’s peak hairline, “w” stands for a straight hairline. As you can see, a straight hairline is a recessive trait. 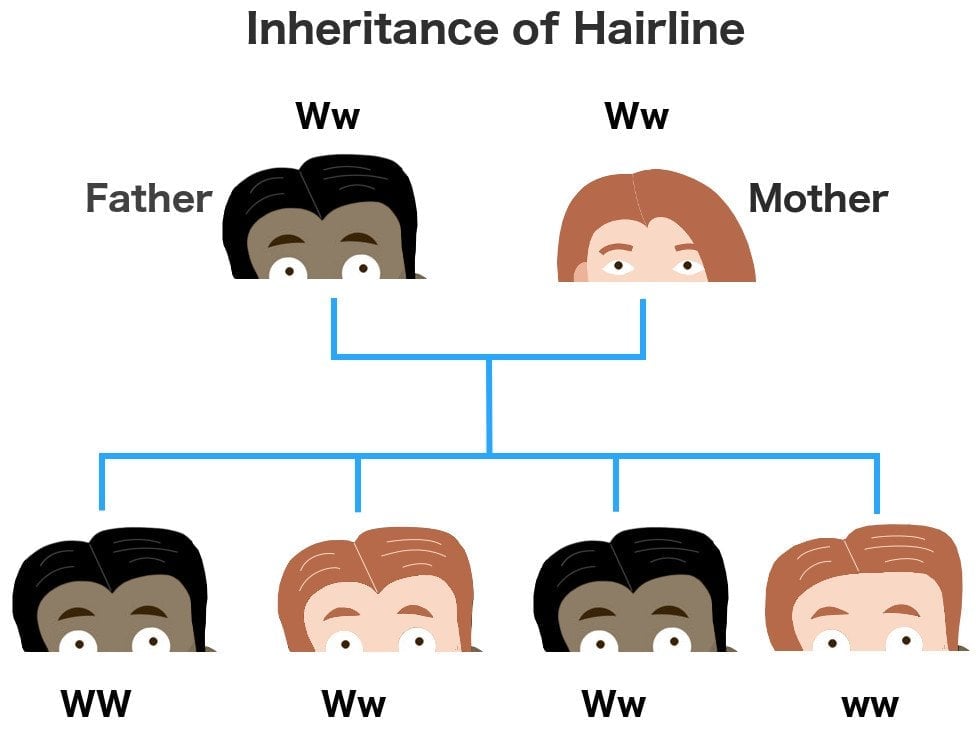 Inbreeding is basically breeding between individuals who are genetically closely linked, such as first and second cousins. Inbreeding leads to the same set of genes or gene pool, as it is called, to be shuffled between the generations. For example, consider 2 unrelated people A and B. Each person has 2 genes: 1,2 and 3,4. Hence, their offspring can get any combination of these genes. If A and B were related, however, they would have had at least one similar gene, i.e., 1,2 and 2,3.

Therefore, their offspring have fewer possible combinations. This leads to the same genes being shuffled between the generations and recessive genes being paired together. If, in the above case, gene 2 was a fatal recessive gene, one of the offspring would suffer from that disease, while the others would become carriers if A and B were related.

Inbreeding has a number of positive and negative points. While the positive traits are magnified by being repeated, so are the negative aspects. When inbreeding occurs, recessive genes have a higher chance of being expressed. Inbreeding depression is the decline in the biological physical fitness of the population. This is due to the increased expression of harmful recessive genes. 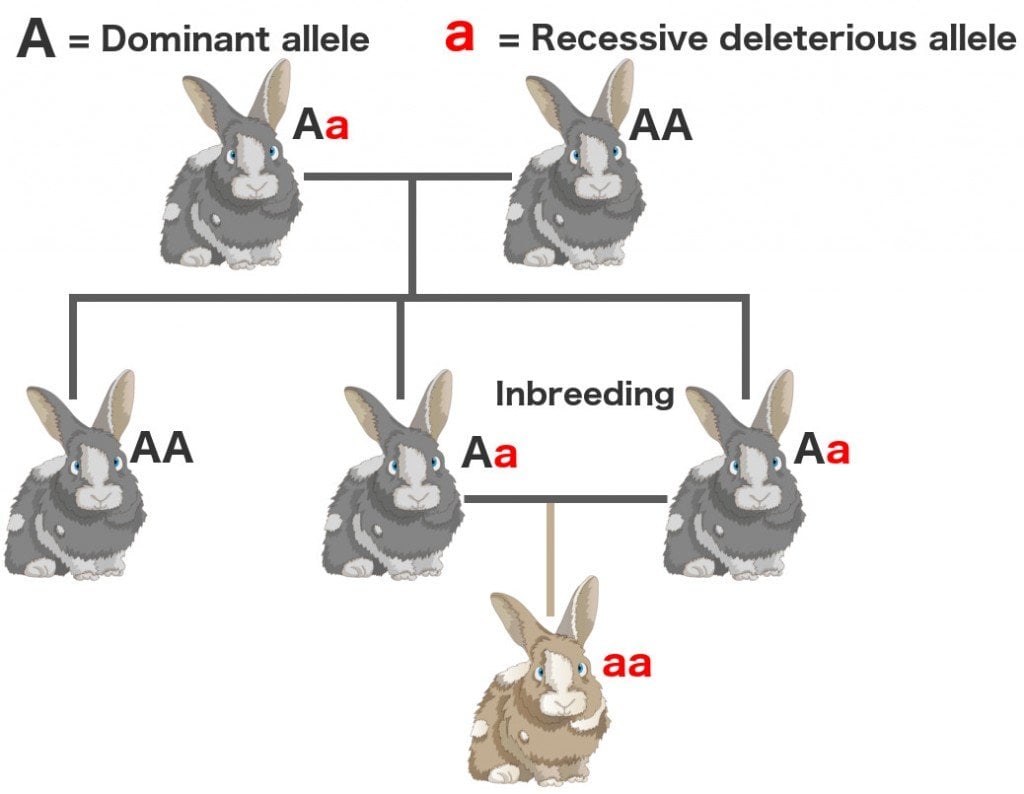 Amplification of recessive genes due to inbreeding

Each person has a number of harmful genes that could be potentially fatal if expressed. Disorders like color blindness, sickle cell anemia and cystic fibrosis, among others, are all inherited. These are controlled by genes that are recessive and, therefore, due to inbreeding, have a higher probability of occurrence.

Inbreeding can have some beneficial effects as well. In livestock, like sheep, cows etc., inbreeding is used for the manifestation of desirable traits, such as a higher rate of milk production, better quality wool, etc. However, this can only be done for a short period of time, i.e., a few generations. After that, the deleterious effects of inbreeding depression become highly magnified. Even in humans, inbreeding has been practiced for centuries by various families, and some have even done it successfully.

The benefits of inbreeding are usually applied to the rearing of cattle. In humans though, it can prove to be highly dangerous. Although it has been practiced throughout history, most of those families have perished or died off due to the accumulation of harmful genes, like Charles II of Spain. For 5 generations, the lineage was carried on by inbreeding, which finally ended with Charles II being infertile. 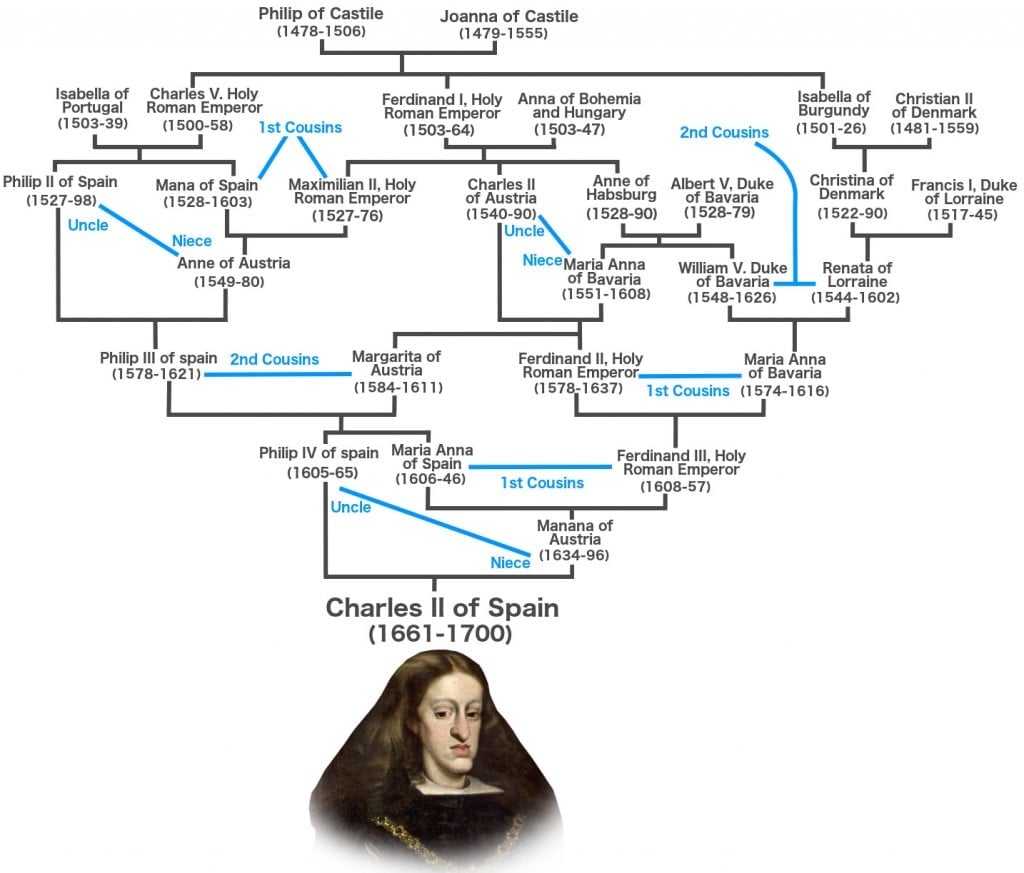