While some may have a rare gene that reduces one’s will to be active, for others, laziness may be a learned response to the environment.

Back in 2018, there was a controversial court case in Tennessee. A man shot his wife’s friend, and then attacked his wife. The wife survived, but her friend did not.

The defense asked for a genetic test to be done; this test stated that the man, Bradley Waldroup, had a gene called the ‘warrior gene’, a variant of the mono-amine oxidase gene, which apparently caused this man to act so violently. The presence of this gene alone helped to give the accused a lighter sentence in court.

This was the first time that genetic evidence was used in such a way in court, but the question remains, to what extent do genetics influence our actions?

Last year, I fractured a toe. When I went to the doctor, he said, “We’ll fix it, but there’s no real use for it anymore.” As weird as that sounds, reports do say that our pinky toes could be non-existent (over a handful of generations), as it serves no obvious purpose. This is consistent with what Lamarck—one of the earliest naturalists—once said about the way we develop over time. 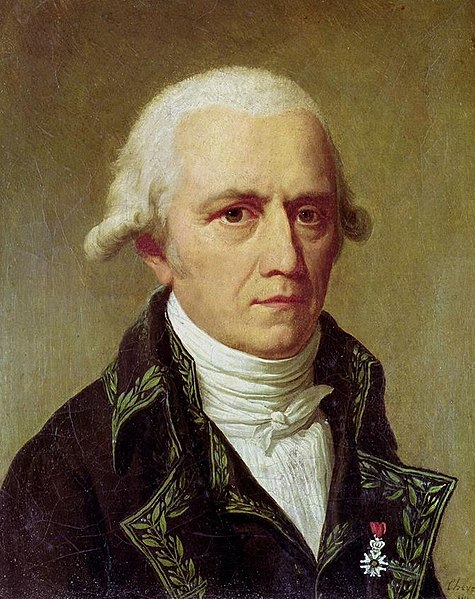 Lamarck was the first to the field of genetics (Photo Credit : Charles Thévenin/Wikimedia Commons)

Jean Baptist Lamarck was the first to suggest that evolution existed. He believed that changes in the environment caused the needs of organisms to change, so they adjusted their behavior accordingly. This altered behavior caused an increase or decrease in the use of the organ. If the use of the organ was decreased, then it would eventually disappear over a number of generations. These changes, he said, could be inherited.

Inspired by Darwin’s work, his cousin Francis Galton took up working on evolution and became a pioneer in the field of eugenics.

Then came Gregor Mendel, a patient monk with an inherent love for math and biology. Not only did he leave a mark in the field of genetics, but he also made his way into all of our textbooks. Mendel’s contribution was iconic, and he is the reason we know how inheritance works!

However, Galton and Lamarck’s work seem to be the profound kick-starters that the field of behavioral genetics needed.

What Is Behavioral Genetics?

After the Nazi regime conducted widespread human experiments in the name of genetic research, genetics became a taboo subject for the rest of the world. Many states, to this day, believe that the concept of evolution is a myth. 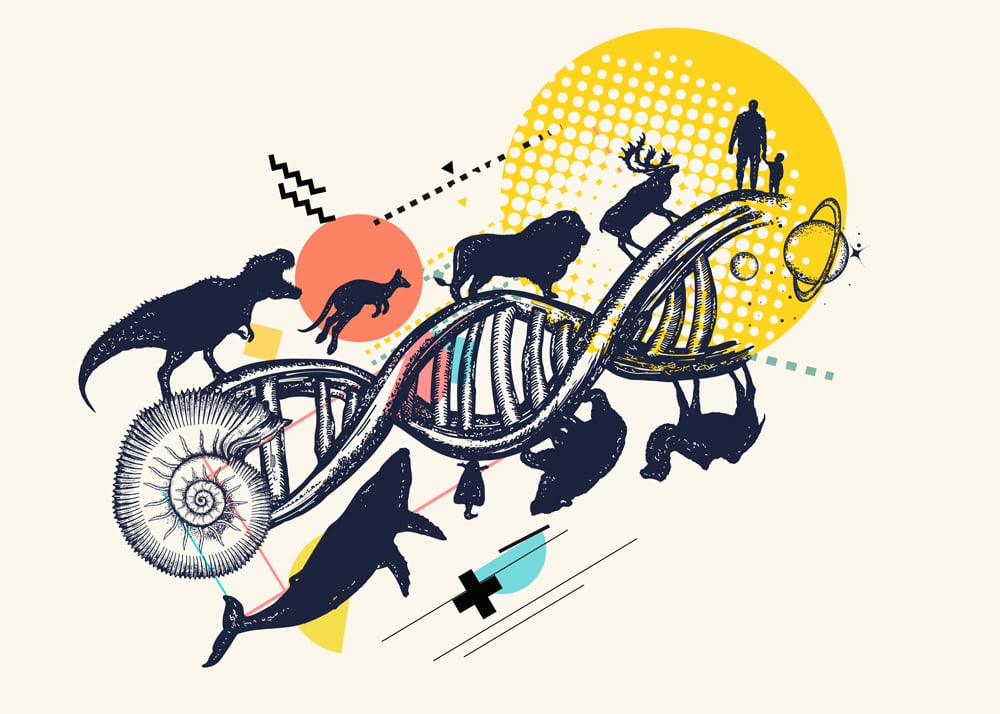 Although the scientific community has been producing plenty of evidence for evolution, there are some who are still skeptical (Photo Credit : intueri/Shutterstock)

Though there were setbacks, the field of behavioral genetics managed to slowly develop, and continues to result in research that leaves a mark. Behavioral genetics, also called psycho-genesis, asserts that genetics plays a part in influencing one’s personality.

A great deal of research in behavioral genetics today is more focused on how genes effects psychiatric disorders, such as schizophrenia, depression, etc.

However, the bigger question is… how can this be measured? And does it apply to every aspect of our personality or just some parts?

Adoption studies inspect how similar an offspring is to a biological parent versus a birth parent. Lastly, molecular genetics examines the DNA of individuals and looks at gene variation that affects behavior.

One of the most iconic studies in this field was conducted by Thomas Bouchard and Matt McGua in Minnesota. The Minnesota Study of Twins Reared Apart (MISTRA) research was a twenty-year study that looked closely at the factors that could be attributed to genetics and those that could be explained by the environment.

The study found profound correlations between genetics and IQ. However, what was rather strange was that a pair of iconic twins who were adopted at birth, were reunited at the age of 39, only to find out that they were both named Jim.

They shared many common interests, their favorite subject was math and their least favorite was spelling. They both vacationed along the same stretch of beach when they were younger, they both suffered from stress headaches that turned into migraines (up until then, no one thought stress headaches had any genetic basis), and lastly, they both had the same smoking and drinking patterns. How mind-blowing is that!

Also Read: How Do Your Ancestors Affect Your Lifespan? 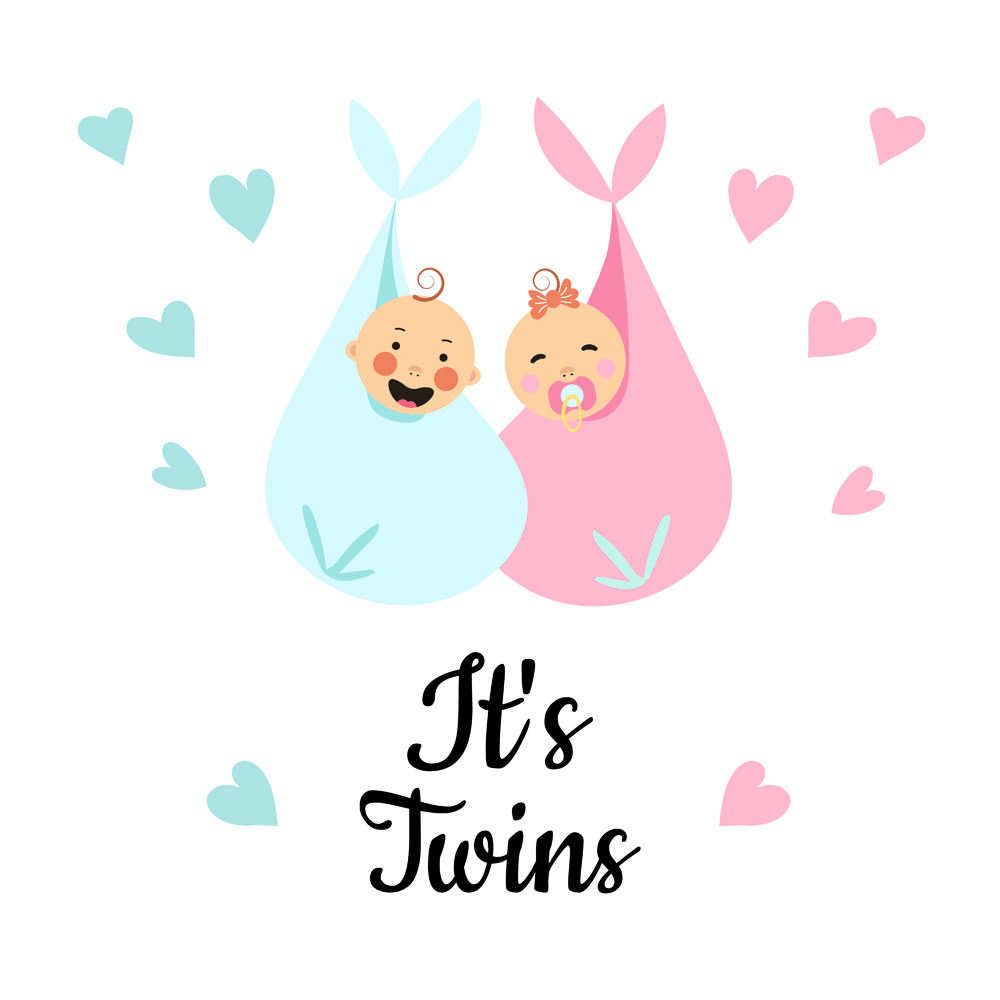 That study led to the formation the International Society of Twin Studies and more people started to voluntarily take part in the study. With the current number of enrollments in the society, the data coming from twin studies seems to be never-ending. Bouchard did not base his findings on just one pair of twins—there were almost 140—but nevertheless, he established that certain behaviors did have a genetic basis.

After the MISTRA established a foundation of knowledge, Eyenesk and his colleges then turned their attention to the Big 5 personality traits: openness, conscientiousness, extraversion/introversion, agreeableness, neuroticism. Shockingly, they found 40-60% heritability – which means that most of our personality traits are inherited, and this opened the door for countless more studies to be undertaken.

We know that neuroticism, our ability to have a negative outlook, is inherited; and is one of the key factors behind depressive disorders. But what about laziness? Or diligence?

A study conducted in 2014 said there is a ‘couch potato gene‘ in mice. Now, if you’ve studied biology, or any scientific field, you know that genomes of mice are quite similar to humans, so most studies are first done on mice (whose lives are said to be more ‘dispensable’ than ours) and then extended to our precious species.

The study found that the SLC35D3 protein involved in dopamine signaling was impaired in some mice. Dopamine is a chemical involved in regulating levels of our physical activity. The study found that the mice with this mutation would only walk about one-third of what normal mice would, and developed conditions similar to ‘metabolic syndromes’ in humans. In humans, this condition leads to hypertension and obesity.

However, when scientists screened over 300 Chinese patients, they found this mutation in only two of them, which might imply that being overweight could have an environmental component too.

Some scientists from the University of Kansas have stated that laziness could have an evolutionary benefit as well. Based on a study they conducted on mollusks, they theorized that those who burnt more energy on a daily basis were more likely to go extinct.

By using less energy to function, the mollusks were less likely to go looking for food to ensure their survival. Although the study explains the long-term survival of a species, it doesn’t really say much about our individual choices to ‘Netflix and chill’ with a pizza beside us and a lack of physical activity for days at a time. 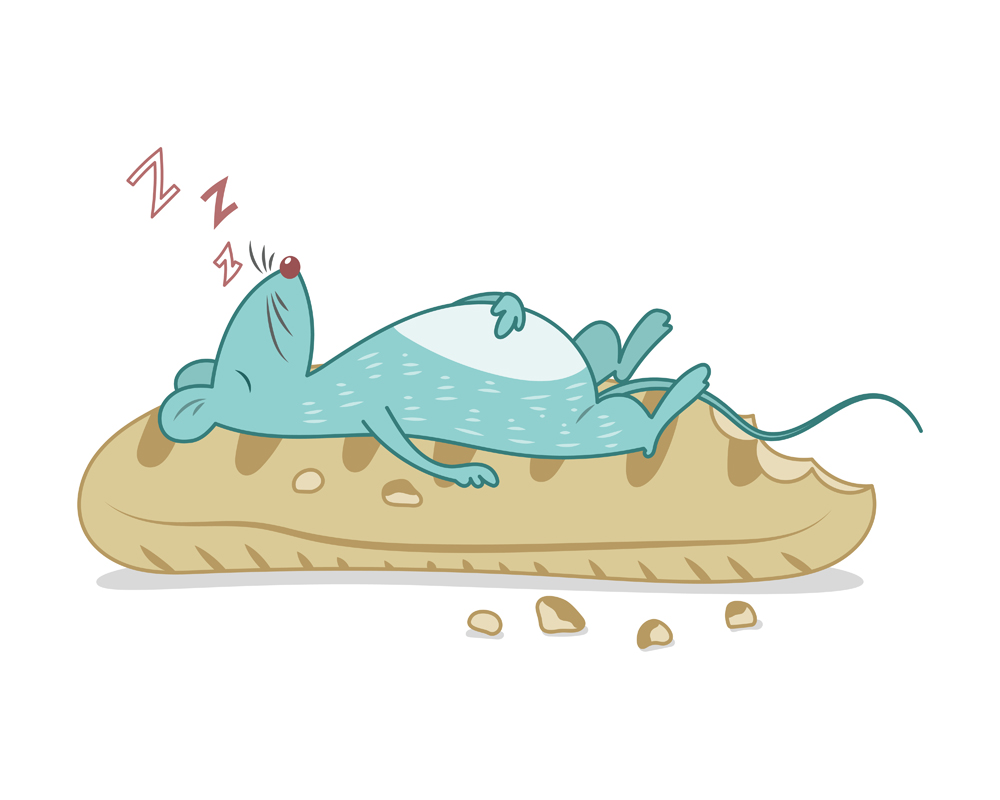 Some mice have a rare genetic mutation which makes them lazy (Photo Credit : Moomchak V. Design/Shutterstock)

With increasing efficiency of public health systems and increased accessibility to our daily needs, laziness seems to be a learned response that is constantly being reinforced by our surroundings. Increasingly busy work lives can leave one exhausted and demotivated to get up and move.

At times like this, the go-to seems to be chilling with a movie, de-stressing with a bubble bath, or treating oneself to a loaded pizza. Another factor that could add to laziness could be the fast food and take-away culture of recent decades.

With food being pre-made and delivered right to our doorstep, all we have to do is move a few fingers to order, rather than raising our entire body to go to the kitchen and prepare it ourselves. This chain of events can be reinforcing enough to repeat itself day after day, which could lead to a lack of energy to move, and thus the cycle continues.

While there are many things that we can blame on genetics, laziness does not seem to be one of them.

If you’re unhappy with the way you look, the number of freckles on your skin, which hand you write with, or even the dryness or wetness of your earwax—you can blame your genes! Some earlier studies even suggested a correlation between genetics and your current salary, but this connection was later disproved. 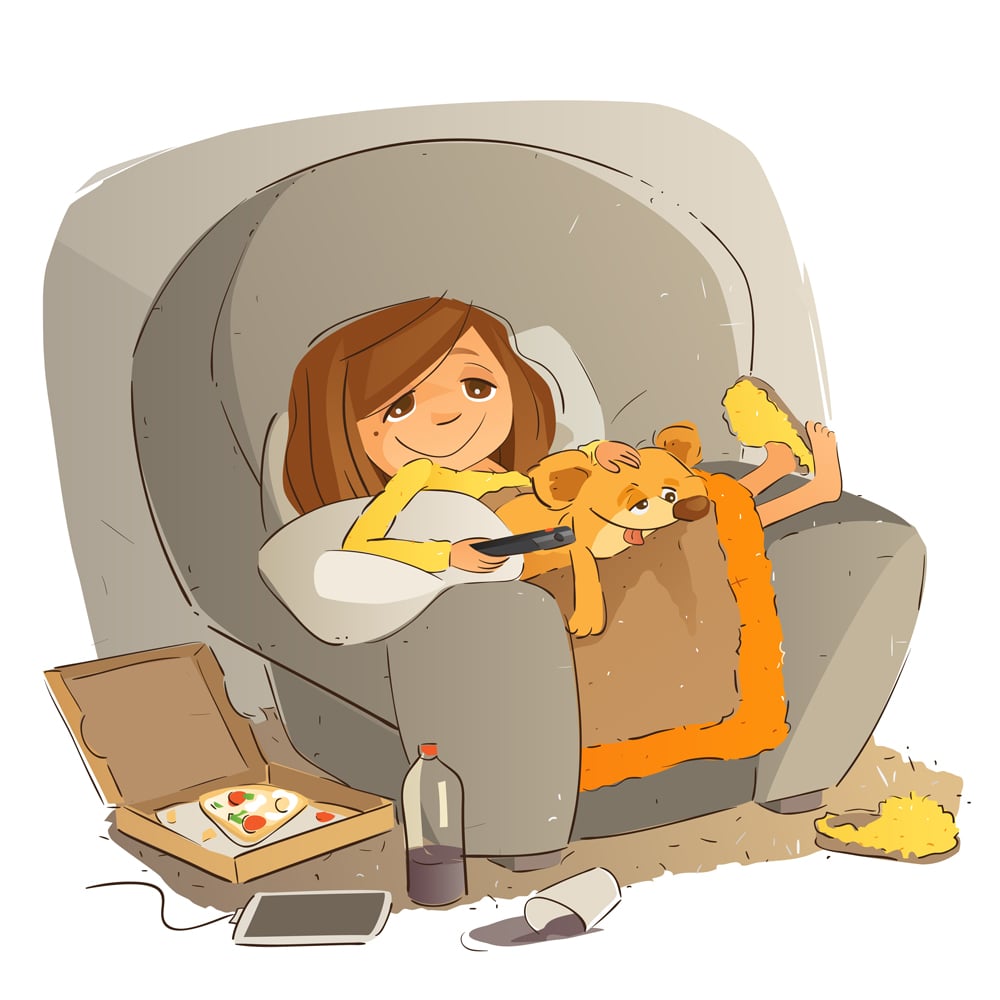 Laziness could be more of a learned adaptation to life around us, rather than a genetic predisposition (Photo Credit : Neda Sadreddin/Shutterstock)

If you’ve watched any movie centering around a zombie apocalypse, you have probably sees that the lazy one either gets eaten or starves to death, so being lazy might not be a great habit to carry forward.

However, there is some proof that a rare mutation in the dopamine-regulating protein can influence our laziness. As the name suggests, that gene is rare. The real culprit of laziness seems to be urbanization and the easy modern accessibility of practically everything.

Also Read: Why Do Some People Look More Like Their Grandparents?

Thus, laziness seems to be a learned adaptation to the environment that has been created around us.

So, the next time your grandparents tell you a story about how far they had to walk to school to get an education, believe them! They’re the living proof that laziness is not inherited.