We already know that our genes play an important role in determining our physical traits, such as the color of our hair, eyes and skin. They are passed down from one generation to the next, which is why you look like a mashup of your parents. But how are these genes passed down? And are all genes inherited in the same way?

Mendelian traits are those that are controlled by a single gene. They’re also known as monogenic traits.

While a single gene may be responsible for a particular physical trait, that gene can occur in multiple forms or alleles. Each parent passes down one allele for each gene in the organism.

Cleft chin, cheek dimples, face freckles and widow’s peaks are some monogenic traits. The presence of these characteristics is dominant, which means that even if the offspring is heterozygous for that allele, the trait will still express itself physically. On the other hand, traits such as hitchhiker’s thumb or attached earlobes are phenotypes (physical versions of a trait) that are recessive. In heterozygous offsprings, only the dominant phenotype will be apparent.

Non-mendelian traits are those that are influenced by more than one gene. They are also known as polygenic traits. Many times there is also an environmental or lifestyle factor associated with such traits.

Consider human height as an example. Hundreds of genes are involved in the presentation of this trait. Not only that, but it’s also dependent on other factors, such as nutrition.

However, most traits in humans and other organisms are polygenic. Although monogenic traits have a simple inheritance pattern, they are still a rarity.

Each gene is responsible for making a specific protein. These proteins are required to perform several different tasks around the body. For example, your nails and hair are made of a protein called keratin, which is formed due to the expression of various keratin genes in the body.

Even a slight change in a gene can affect its expression.

Thus, if the protein produced is defective, then it can’t perform its function properly, which can lead to illness. Such diseases that are caused by mutations in a single gene are called single-gene diseases or monogenic diseases, and they too can be inherited.

Sickle cell anaemia, cystic fibrosis, and Huntington’s disease are a few examples of monogenic disorders. However, perhaps the most famous example could be hemophilia A or the ‘royal disease’. 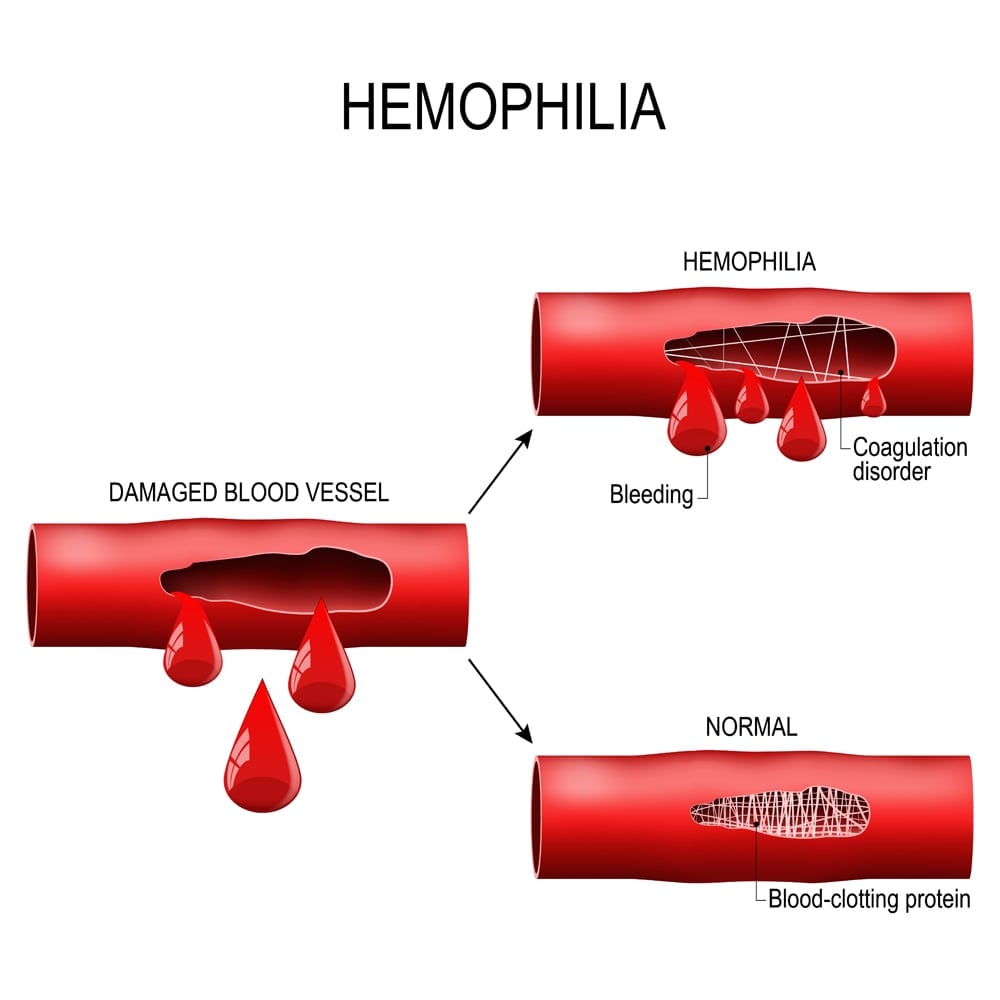 Hemophilia A earned this moniker in the 19th century due to its prevalence in the European royal family. It occurred due to a sudden mutation in the F8 gene, which is located on the X-chromosome. The gene produces a protein called Factor VIII, which plays a role in blood clotting after a wound. With levels of Factor VII in the blood that are either too high or too low, blood cannot clot, leading to excessive bleeding.

The condition spread to the royal families of Germany, Russia and Spain in the 19th and 20th centuries. After causing fatalities for three generations, the disease finally disappeared from the bloodline. 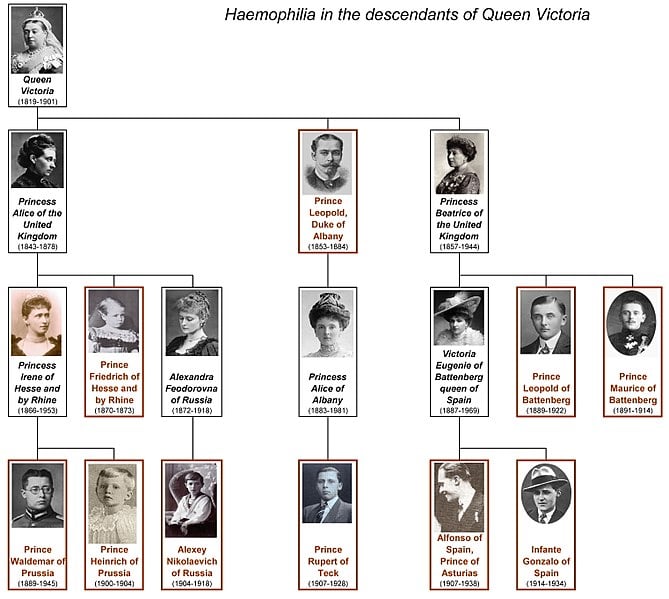 Common diseases, such as arthritis, cancer, heart disease, Type 2 diabetes and many neurodegenerative diseases are caused by mutations in a number of genes. The contribution of each of these genes is different, but their cumulative effect brings about the illness.

Genome-wide association studies (GWAS) are used to identify these disorders. In GWAS, genomes (the entire DNA sequence of a person) of multiple people are scanned to find genetic mutations associated with a certain disease.

Consider a commercial crop, say, cotton growing in two different fields. One is unable to grow and dies. Now, there could be many reasons for this—inadequate irrigation, bad quality soil, or inferior seeds. It could be one of these reasons, a combination of a few or all of them, but all we know for sure is that the crop was unable to grow.

Similarly, even though a DNA test can identify specific mutations in a polygenic disorder, it is difficult to pinpoint the severity of the disease and an individual’s overall susceptibility to it.

Even though a DNA test can identify the mutations, it is difficult to predict the overall susceptibility for a given disease. This is mainly due to the varying degrees in which the multiple factors affect the presentation and manifestation of polygenic disorders.

Fortunately, there is a recent invention, called a polygenic risk score, that can tackle this problem once and for all!

A polygenic risk score (PRS) is a single number that reflects the chances of a person developing a certain disease. You can think of it as a report card that tells you how likely someone is to get a disease like cancer, diabetes, schizophrenia and others. It essentially gives the probability of someone getting a disease.


PRS is an elegant solution that can aid in the early detection of disorders. PRS can, in the near future, prevent blindness caused by common eye disorders, such as glaucoma, by encouraging those with high PRS for testing. Early intervention in such cases can prevent otherwise irreversible blindness.

It is also a promising preventive healthcare strategy, since one can detect the likelihood of a disease before it happens. Imagine someone with a high PRS for coronary artery disease (a polygenic disorder) after undergoing testing in early adulthood. The person may now be motivated to make the necessary lifestyle changes to be healthier, thereby decreasing their lifetime risk for the disease. 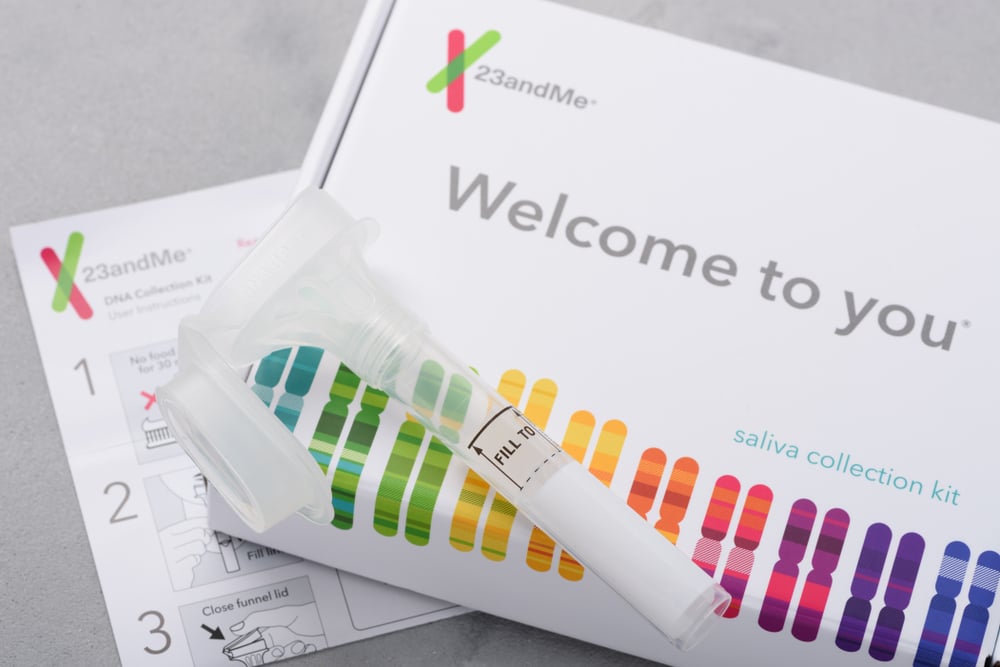 DNA testing companies like 23andMe feature a PRS score. The technology, as well as the laws around the technology, aren’t mature enough yet, but as technology improves, such tools could prove to be powerful in framing individual and large-scale healthcare strategies.

Our bodies (and indeed of most our life) isn’t made of simplistic 1 gene-to-1 trait ratios. The concept can oftentimes seem bewildering, yet its marvel lies in how complex, yet functional it truly is!