So basically, if you walk on hot embers with temperatures in excess of 60°C without any ill effects, it’s because the thermal conductivity of the embers is low and the contact time is short.

Studies have shown that on the really hot days of a scorching summer, when the air temperature exceeds 40°C, the sun-soaked asphalt of the average two-lane blacktop road soars above 60°C. It turns out that even temperatures slightly lower than 60°C can easily put you in hospital. A barefoot walk on a road with a temperature of approximately 45°C for as little as a minute or less can leave you with second-degree burns!

So how can firewalkers possibly walk on hot embers with temperatures in excess of 60°C without any ill effects? The answer is not magic and mysticism, but rather physics and physiology. 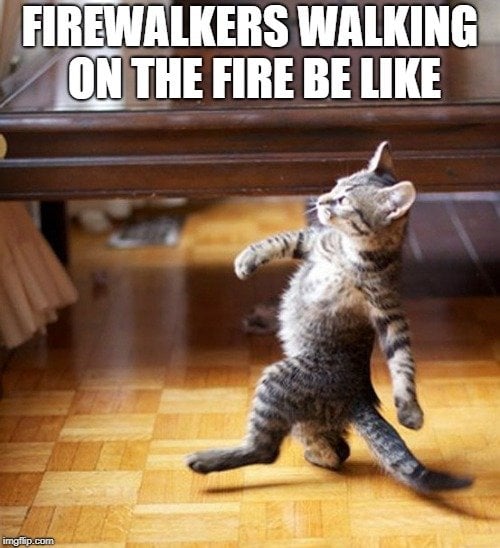 Firewalking is the act of walking barefoot on a floor consisting of hot embers or charcoal. Although firewalking has been practiced across many cultures and communities in different parts of the world, the earliest known reference dates to India (around 1200 BC).

In the past, firewalking had a strong religious or spiritual component. More specifically, firewalking was used as a rite of passage to test an individual’s strength or religious faith. It was often part of purification and spiritual healing. 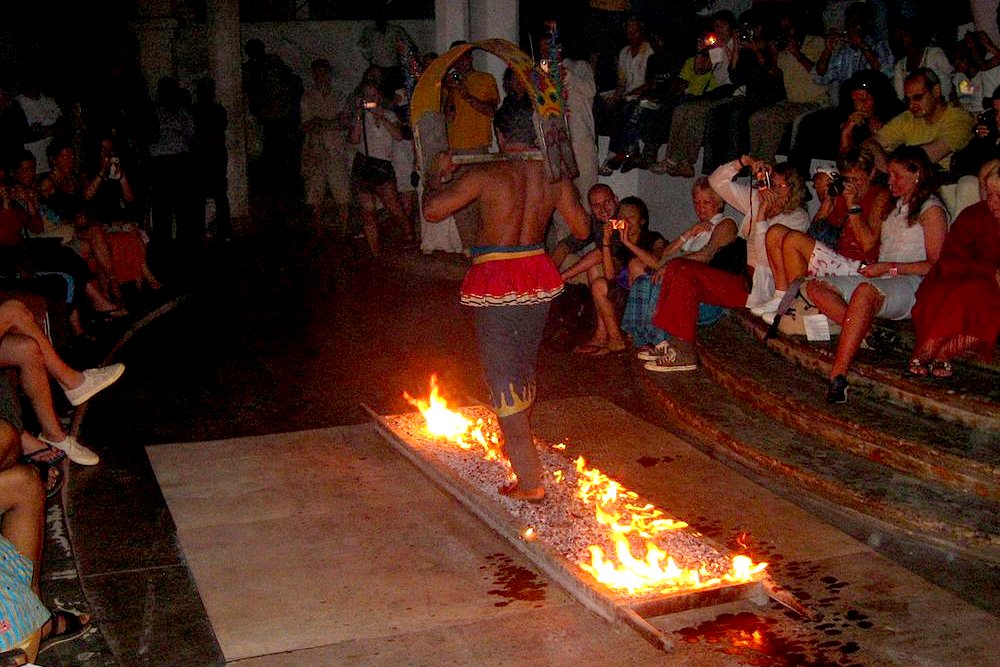 More recently, many charlatans have used firewalking to exploit our personal insecurities and make money out of it. They claim to test your connection with a supreme power using firewalking. If you succeed in crossing the hot coals without getting burnt, they will take credit for establishing the connection to such a mystical power to protect you. However, if you fail or get burnt, they will glibly pass on the blame to you, claiming that you haven’t achieved a “high enough plane of consciousness”!

Also Read: Can Fire Burn Or Melt Everything? 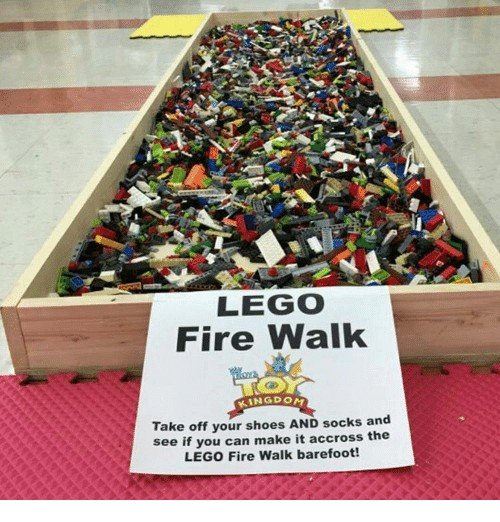 The Science Of Fire Walking

The University of London Council for Psychical Research carried out one of the earliest recorded formal studies on the science of firewalking. Researchers from this council studied two firewalks to understand the scientific phenomenon behind firewalking. In 1935, one Indian and two British scientists walked across oak embers in a 12-foot fire pit. Two years later, in 1937, another firewalk was studied by the team of researchers, wherein once again one Indian man and a few Englishman walked over the bed of oak embers. None of the performers of the firewalk were reported to have been burnt (although one of them received a minor blister). After rigorous post-event analyses and studies, the council issued a report stating that neither religious faith nor spiritual powers had anything to do with the achievement of the impressive feat. The report concluded that the secret of the firewalk lies in the low thermal conductivity of the embers and the short contact time between the person’s feet and the hot embers.

A Closer Look Into The Science Of Firewalking

To get a better understanding of the science behind firewalking, we need to closely look at several facts that make it possible to walk on a bed of hot embers without sustaining serious burns or injuries. Firstly, the firewalkers light the fire with charcoal well ahead of time and let it burn down to non-flaming coals. Therefore, it must be noted that they are actually walking on embers, and not fire, per se.

Secondly, the hardwood and charcoal that are both typically used in such firewalking events are found to be a good thermal insulator. Wood continues to be a good insulator, even when on fire, and charcoal is roughly four times better as an insulator than dry hardwood.

The third thing is that the walking path of the firewalkers is often covered with ash. In bright daylight, this ash layer is clearly visible, but as most of the firewalk events are performed at night, these ashes appear to glow like fire. Ash is also a poor conductor of heat and helps in slowing down the heat transfer from the coal blocks to the feet.

The fourth important factor to consider is the length of time that the person’s foot is in contact with the embers. However, this doesn’t imply that you need to run to reduce the contact time; doing that may actually push the feet deeper into the embers, resulting in a burn on the top of the foot. The trick lies in taking a fluent brisk walk—with each step taking less than half a second of contact with the charcoal. During a 10-15 feet firewalk run, each foot will be in contact with the embers for a total time of only a few seconds. 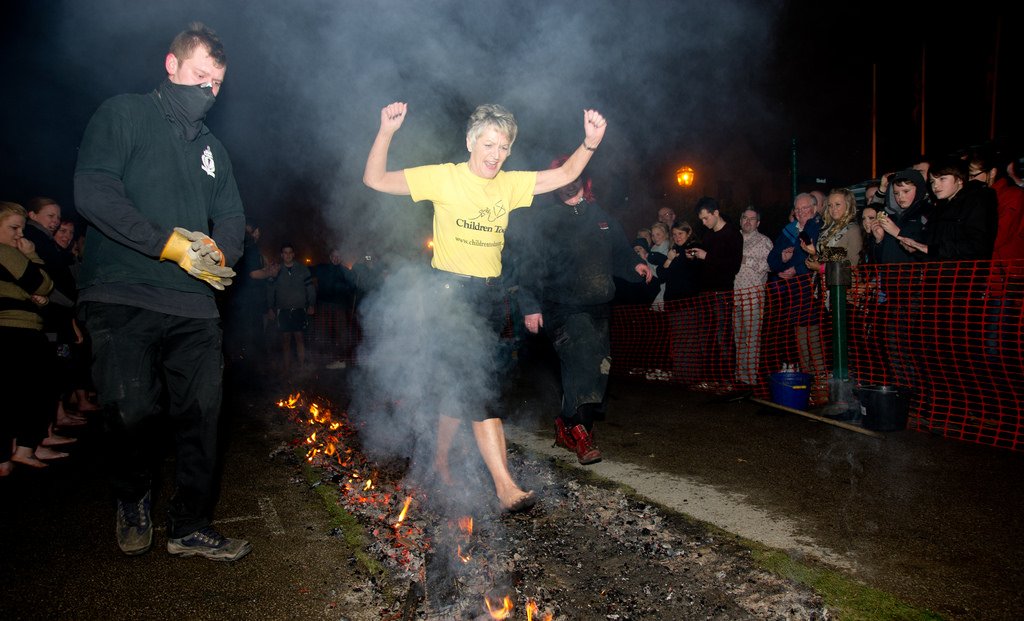 Even with this information, firewalking can still be dangerous if done without proper care and technique. Sometimes, a hot ember can cling to your feet and cause a severe burn. Even more dangerous is the risk of tripping and falling onto the hot pieces of ember, which can be extremely painful, and even fatal! 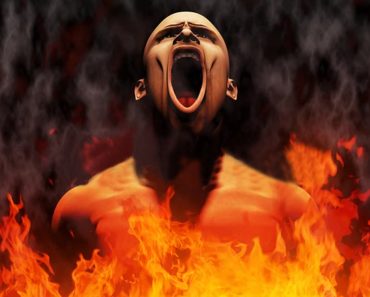