Genetics is probably one of the most interesting part of biology. It can be connected to almost every field in animal and plant studies and is also a great field in terms of its research scope. It is comparatively new and honestly, the basics are quite easy! I can say this with complete conviction because the person who started it all was a monk!

Gregor Johann Mendel is famously known as the Father of Genetics. Hailing from Austria, he excelled in physics and maths and eventually joined a monastery to avoid his otherwise imminent fate of running the family farm. Even as a monk, he never lost his interest in science. He performed experiments on pea plants (Pisum sativum) in the monastery garden. Based on his observations, he framed 3 laws, known as Mendel’s Laws of Inheritance. These laws set the basis for all further studies in genetics, but before we get into these laws, let’s get our basics right.

Without any context, understanding these laws can be challenging, to say the least, but what better way to understand them than to retrace Mendel’s steps, right? So, let’s start where he did!

Mendel performed his studies using the pea plant, which he chose for a number of reasons. Pea plants can finish one life cycle pretty quickly, so it was the perfect plant to use in order to observe a number of generations. Mendel observed certain traits in the plants, like the fact that purple flowers were much more common than white ones, round seeds were more common than wrinkled, etc. To understand these things better, he used crossbreeding. 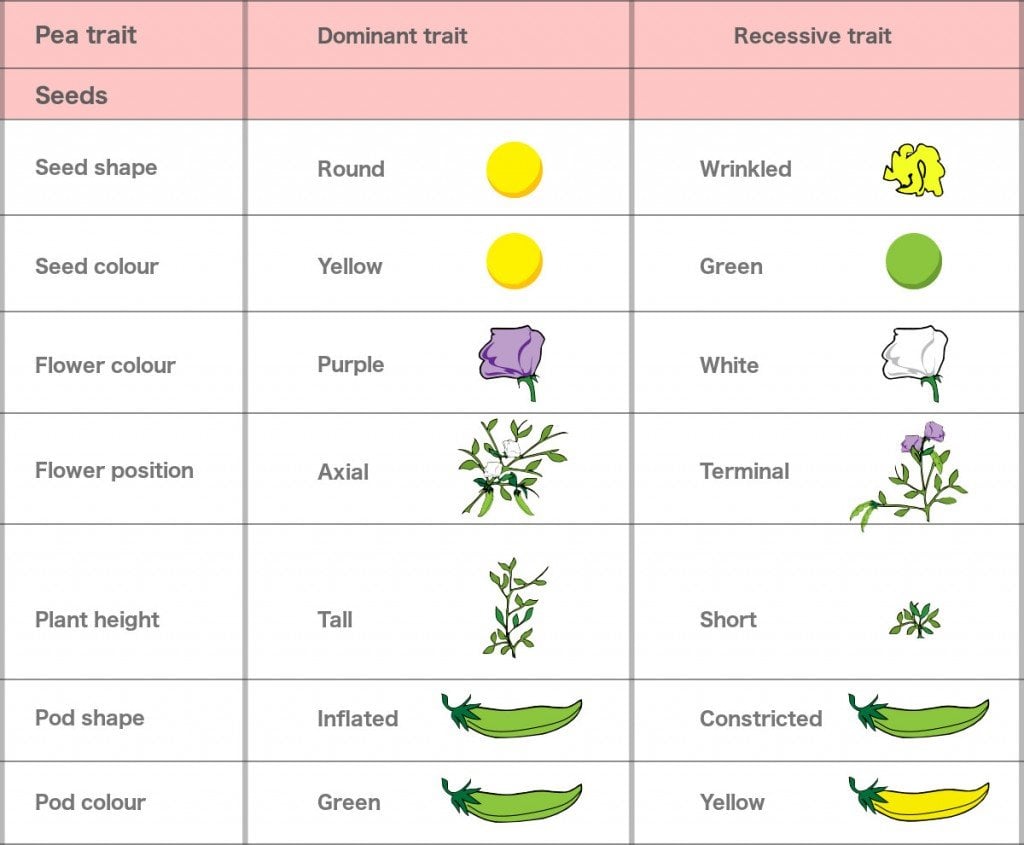 This type of cross or breeding is called a monohybrid cross. This simply observes the inheritance pattern of one character. Based on this cross, Mendel came to certain conclusions. He realized that purple flowers were dominant over white flowers, meaning that even if one gene for purple flowers was present in the plant, as is the case in the first generation, the flowers were purple. It essentially masked the effect of the gene for white flowers. These genes are known as alleles. They both decide the flower color, but will give different colors to the plant. Therefore, “P” represents the dominant allele and “p” represents the recessive allele.

Another observation that Mendel made was that at every stage, the effect of P and p individually remained the same. P still gave a white color to the flower, while P gave a purple one. There was no blending in their effects.

Also Read: Mendel’s Laws Of Inheritance: What Is The Law Of Independent Assortment? 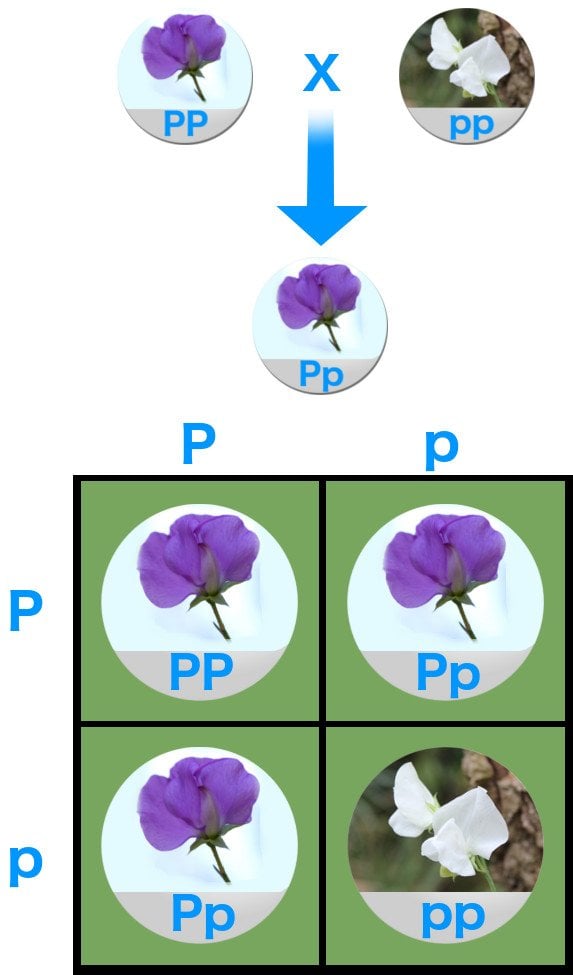 Along with all his previous observations, he noticed something new. The inheritance of seed color and seed shape was not dependent on each other. The frequency of round and yellow seeds was highest since both of them were dominant traits, while the wrinkled and green frequency were the lowest, since both of them were recessive traits. However, the frequency of round green seeds and wrinkled yellow seeds was the same. 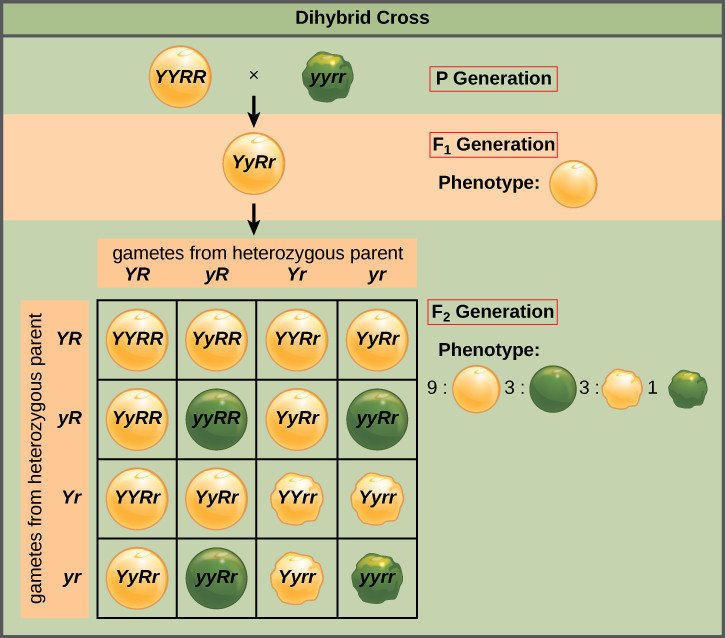 Based on these experiments and their observations, Mendel devised the following 3 laws.

This is the first law. It states that when there are 2 different alleles in a cell, one will mask the effect of the other. This is the dominant gene, while the gene whose effect is masked is known as the recessive gene. In the F1 generation of the monohybrid cross, the plants had Pp alleles, but were still purple in color. Traits are alphabetically depicted by the first letter of the dominant allele.

This law states that during the formation of the gamete or reproductive cell, the genes will segregate, without any mixing or blending of their effects. This was based on Mendel’s second observation. In all the generations, there was no mixing of the flower colors; they were either white or purple.

Also Read: Mendel’s Laws Of Inheritance: The Law Of Segregation

This law states that during the formation of the gamete, the alleles of one character will segregate independently of the other character. Therefore, the color and shape of the seeds were not dependent on each other.

These are the 3 basic laws of Inheritance. They can be applied not only to plants, but to all living organisms. These laws prepare us to make predictions on the transfer and inheritance of various traits, diseases, etc. There are certain traits, like blood group, which do not comply with these laws, but instead have their own scientific explanation. Although there are exceptions, these laws still form the basis of genetic studies and are an essential part of Genetics 101.