Home
Humans
Why You Get Your Best Ideas In The Shower

A psychological study revealed that 72% of people get their best creative ideas in the shower. Here’s why. Relaxation is the Key to Success

It is likely that some readers may not agree with the statistic: he or she may not get all of their ideas when they’re enclosed in a tiny cuboid while a small grey cloud rains warm water exclusively on their body. Of course, the catalysts vary; some people might get ideas on a solitary walk, while skimming light literature or when gardening or cooking, but observe carefully and you will find that these activities represent different ways of doing one fundamental thing; they are different-sounding covers of the same song called “relaxation”.

The study cited above was conducted by the productivity expert, or anachronistically called guru, Scott Barry Kaufman. He concludes that the study “highlights the importance of relaxation for creative thinking.” Creativity here doesn’t concern merely the jaded artist, but also the mathematician mired in a seemingly insoluble problem, the businessman contemplating bold new ventures or the programmer seeking a more optimal code. Call it an accident or the inscrutable workings of the subconscious, but counterintuitively, the best ideas hit us quite often when we least expect them: while we are not working. Creativity is an ambiguous term, but it is agreed that fundamentally, it is the ability to metaphorize, to marry previously seemingly incompatible ideas. This is evident in something of a koan that Forrest Gump’s mother recited to him: Life is like a box of chocolates. You never know what you’re gonna get. Or Emily Dickinson’s: Nature rarer uses yellow than another hue; only scantly and selectly like a lover’s words. In fact, it was Nabokov, a genius of an equal stature, who remarked that “genius is finding the invisible link between things.”

It is also agreed that this ability has its roots in the prefrontal cortex, what is commonly referred to as the higher or most evolved brain. However, the cortex is most fruitful when it is given the space to blossom. This is why fixation or obsession is often futile, as it demands conscious attention to a single problem. On the other hand, when you relax, you relinquish this attention, allowing the cortex to wander and explore.

When you engage in what you’d normally deem unproductive activities, such as showering or driving, the neural networks concerned with conscious thinking are deactivated and the networks that form the Default Mode Network (DMN), the neurological equivalent of auto-pilot mode, are activated. The mysterious subconscious now becomes the submissive, but much more talented assistant who furtively tinkers with his master’s work when the painter, frustrated at being obstructed by a cognitive obstacle, abandons the canvas to prepare some coffee. The deepest and most trivial beliefs are indiscriminately juxtaposed like colors in a palette, a stroke here and a smudge there, and the master returns only to discover that what is created is profound. The work might be unfinished, but this assistant, in his own mysterious ways, has at least helped him find a way around the obstacle.

What is responsible might seem to be relaxation, but instead, it is actually distraction. Distraction, contrary to what we’ve been taught, must be embraced. Studies almost always find that the most creative people are those who are more easily distracted. It is no coincidence that the most profound ideas spurt into consciousness when you’re distracted in a shower or while driving. Heisenberg is reported to have been struck with the revolutionary uncertainty principle while strolling in a garden. A plethora of literary plots have been conjured in a similar manner, some while grocery shopping or cleaning the house. They occur during periods of daydreaming and doodling, while you are staring out the window, when enlightenment is least expected. People now drown themselves in distraction for brief moments voluntarily, a practice called strategic distraction. What’s more, not only does relaxation unfetter the cortex, but it also causes the brain to release dopamine, the neurotransmitter whose secretion elicits in us the feelings of reward and pleasure. Neurological studies have demonstrated a correlation between creativity or prolific brainstorming and a surge of dopamine.

The wine doesn’t just give you the impression of being insightful or creative; by relaxing your senses and unleashing dopamine, it really makes you more creative. Musicians exemplify this process. In fact, entire genres allude to a certain kind of high. It was the 1960s, during The Beatles’ experimental years, when John Lennon and Paul McCartney wrote Ticket to Ride, Yellow Submarine and Lucy in the Sky with Diamonds. Paul often nostalgically recalls how it was alcohol with which these phantasmagorical songs were first painted in his “dreams”. Yeah right, Paul… alcohol. Whatever the substance, it potentiated the release of dopamine and encouraged creativity. With psychedelics, in particular, the result is often unforeseen for the subconscious in response, as limned by several MRI scans, becomes much more “effusive”. So, there’s why you’re struck by some of your most profound ideas in the shower: it is distracting, relaxing and therefore pleasurable. While diligent and cogitative work entails analytical thinking, distracting yourself for a moment exempts your brain from the intangible laws of logic, thereby allowing it to wander and think unconventionally. Don’t be surprised if after reading this, it is while showering tomorrow when you find it uncanny and begin to wonder what Lucy in the Sky with Diamonds could be the expansion of.

The short URL of the present article is: http://sciabc.us/smyBv
Help us make this article better
Prev Article Next Article
About the Author: 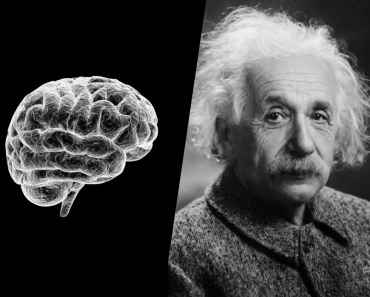