Owing to a larger physique, the organs of a larger person provide for the body by enlarging in size, which is done by increased fat storage in the adipocytes.

The Size Of An Individual’s Organ Depends On The Following Factors:

Although all of us have the same internal organs, they’re unique to each of us due to the above factors. Weight is one of the major determining factors. Several kinds of research were carried out in order to understand the relation between weight and organ size. It was found that organs like the heart, liver, kidneys, lungs, and brain were positively correlated to the weight of the individual. This implies that a large person does have large organs. Thus, Laurel and Hardy did have different organ sizes, based on their very different physiques. 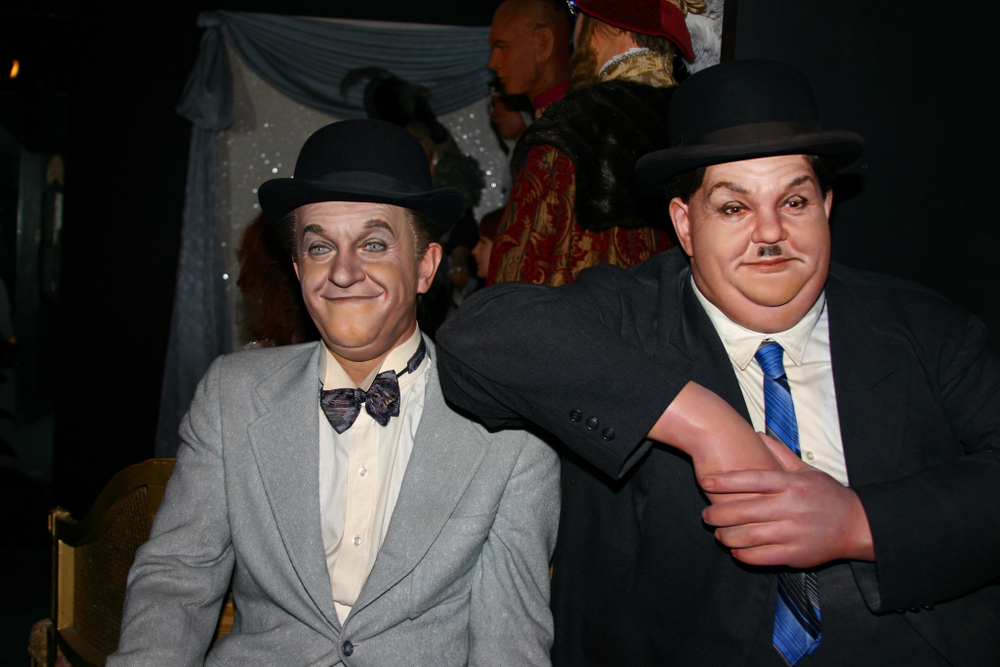 Why Is Organ Enlargement Necessary?

Wouldn’t it be odd if you still had your infant-sized liver after you’ve fully grown? Would your body be able to function normally? No, definitely. There are multiple factors involved in the growth of organs. For one, organ tissues respond to various internal and external cues, growing to their needed size, in response to these cues.

Growth occurs when the functional cells of an organ start proliferating. This leads to an increase in the number of cells and an increase in the overall size of the organ. Organs and body parts need to grow as an individual progresses with age. Growth takes place during crucial growth years until maturity is reached. After that point, there can still be alterations in organ size caused by various reasons.

After a period of time, there is simply an increase in the size and mass of cells. In order for the organs to provide for a large person’s body, they must enlarge in size. They enlarge in accordance with each individual’s stature, so the functional output is sufficient for the body.

How Do Organs Enlarge In Size?

Studies have shown that organ enlargement is accompanied by increased weight. It was found that large organs in a large man’s body were due to an overall increase in cell size and cell number. Organ enlargement is sometimes caused by the increase in both the number and size of parenchymal cells (functional cells in the organs).

Moreover, increased mass of adipose tissues (fat-storing tissues) results in organ enlargement. Large individuals have more myocardial fibers in their hearts compared to normal individuals. The same thing is observed in the liver and pancreas of a large man. Large people are known to have a significantly increased mean cytoplasmic mass per cell in organs like the heart, liver, endocrine, and exocrine pancreas, as compared to normal controls. 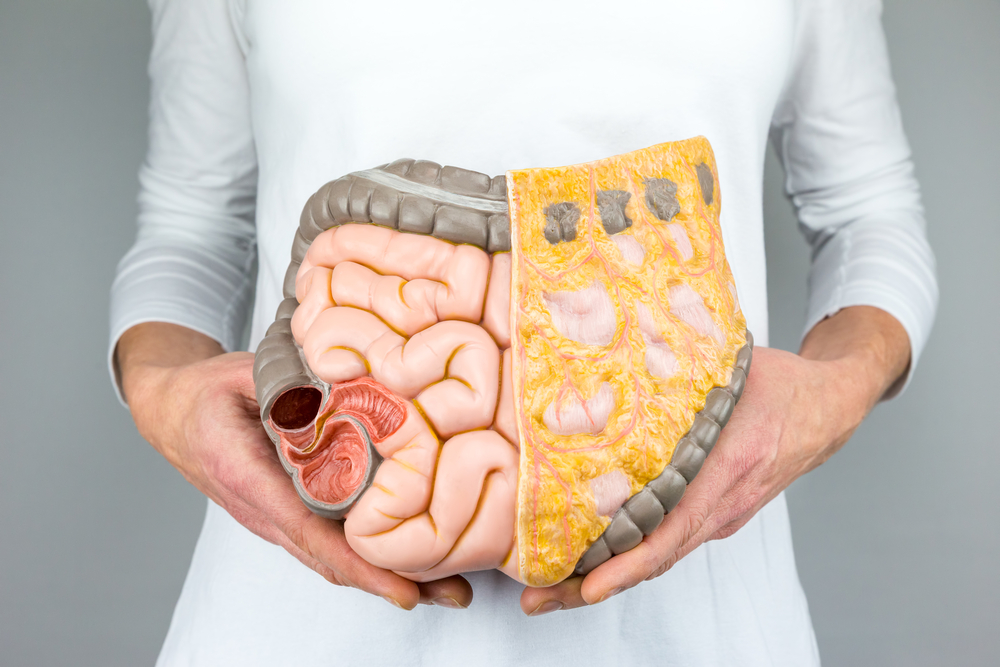 Also Read: When You Remove An Organ, What Happens To The Empty Space?

Adipose tissue is a loose connective tissue made of adipocytes (fat cells). Adipose cells are the chief players when it comes to managing body fat. They are responsible for energy balance and fat storage. They are primarily produced in the bone marrow. Thus, an individual with a large skeletal structure will produce more adipocytes. This enables the adipose tissues to store more fat due to the presence of more fat-storing cells.

Energy-rich fatty acids are incorporated into triglycerides of fat cells through the process of esterification (a biological process in the body). When there is an energy requirement, these fat reserves undergo ‘lipopolysis.’ This process involves the breakdown of fats by hydrolysis (biological process), while the energy released can then be utilized by the organs. 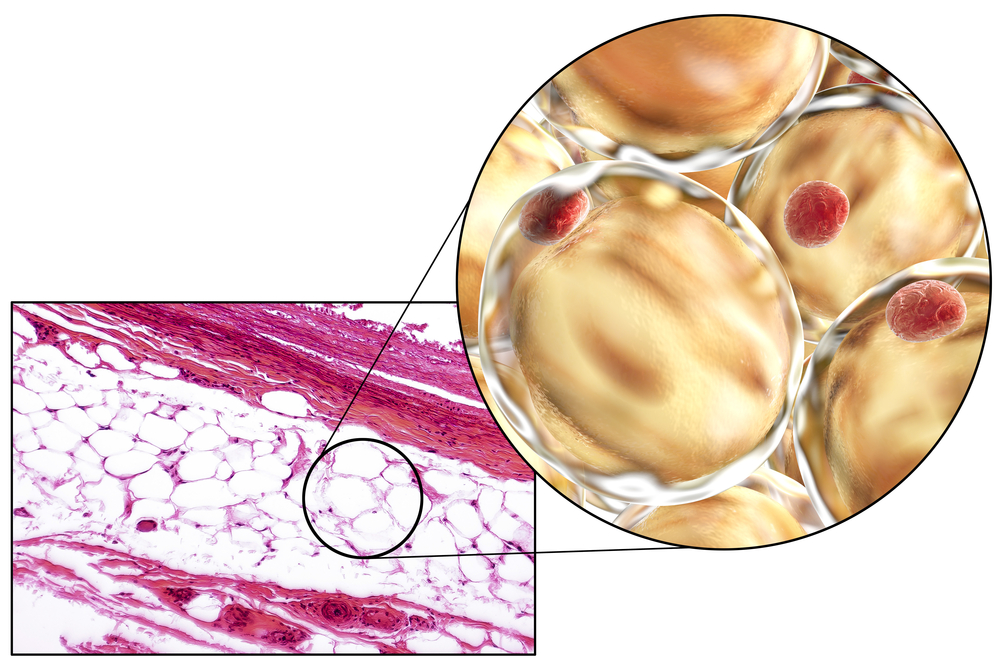 Alterations In The Adipose Cells

Research says that approximately 10% of all fat cells in the body are renewed each year. However, in large individuals, that turnover is 2-fold and accelerated at the whole-body level. Due to this high turnover rate, their body needs to have a constant renewal source of precursors for fat cells.

These precursor cells are produced in the bone marrow of their large bones. There is a certain threshold, however, after which no more fat cells are produced. In such a case, the adipocytes only increase in size in order to store more fat.

Do Organs Shrink After Weight Loss?

When there is a loss in weight, organ size is altered. However, there is not a loss in functional cells from the organ. There is also no reduction in the number of fat cells. The only aspect acted upon by weight loss is the adipocyte cell size. There is a reduction in the size of the fat cells, so the overall effect is a decrease in the size of the organ.

Also Read: Why Are Some Internal Organs On One Side Rather Than The Other?

The reason why it’s so easy to regain weight after weight loss is because the number of fat cells hasn’t reduced. The adipocytes have simply decreased in size, meaning that they still have the same capacity to enlarge—just like before—by storing more fat.

However, this can differ from person to person. The human body never fails to amaze because, despite being made of the same fundamental materials, we are still so very different—unique, dynamic and utterly human!