Most estimates say that without a liver, most people wouldn’t survive for more than a year, and that downward spiral wouldn’t be pretty. But there is something incredibly unique about the liver, and its nearly magical regenerative properties.

If you ask someone if they are willing to live without an organ, they’ll probably respond with a definitive NO. What many people don’t realize is that you can actually live without a number of your organs. In some cases, this is because the body contains more than one, the function can be taken on by another part of the body, or procedures exist that can artificially handle the metabolic load.

For example, you can live without a kidney, a stomach, a gall bladder or an appendix. Some organs can also be partially removed without the outcome being fatal, such as the brain and intestines. However, what about your liver? What are your chances of surviving without that mysterious organ?

Liver: Can’t Live Without It

For those of you who don’t know what the liver is all about – or even where it is in the body – here’s a quick update. Weighing roughly 3 pounds on average, the liver is a 4-lobed organ. It is also the largest glandular organ in the body and has some rather incredible functions that help to keep us alive.

Where is your liver located?

The liver is located in the right side of the body in the upper quadrant of the abdomen. It is present beneath the diaphragm. Because of its size, it also enters into the left upper quadrant as well. The liver is protected by the lower ribs as it is a delicate organ.

What does the liver do?

When it comes to ensuring that our bodies remain toxin-free, by filtering roughly 1.5 quarts of blood every minute. With all of the potentially dangerous pathogens and toxins in the blood, without this critical function, we wouldn’t last very long. Beyond that, the liver is also responsible for producing bile, which is crucial for digestion. Without eliminating toxins and taking in essential nutrients, we would be in very bad shape. As if that wasn’t enough, the liver also helps to clot the blood, thus preventing internal bleeding. Finally, the liver even produces certain proteins that the body needs for proper metabolic activity. Clearly, the liver serves some rather important functions in the body, and while life without a liver wouldn’t immediately be fatal, it would be an unpleasant road towards certain death. Most estimates say that without a liver, most people wouldn’t survive for more than a year… and that downward spiral wouldn’t be pretty. 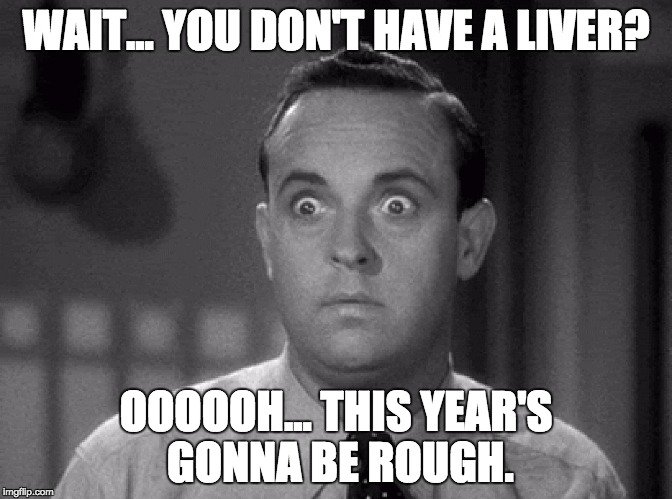 Unfortunately, there are a number of reasons why a liver may need to be removed, which makes liver transplants and donations extremely important. The most notable causes of liver replacement or partial removal include benign liver masses, hepatocellular carcinoma (leads to primary liver cancer), metastatic malignancies of the liver (migrated cancer cells from other infected organ systems), or cirrhosis of the liver (commonly caused by excessive, long-term alcohol consumption. These afflictions, among a long list of others, can require a partial or complete removal of the liver.

While it can be easy to match up donors for other organs that may not be the “perfect” match, the tissue rejection rate for livers is higher than in many other organs. This means that far more tests and analysis need to be done before a donor liver can be matched with a patient in need of a replacement. Given what we just explained about the essential nature of livers, the idea of living donors seems impossible, since that would mean sacrificing their own health. However, there are living donors for those who need a new liver, which is where the most impressive aspect of the liver comes into play.

Liver Regeneration: How does the liver regrow?

While many organs have the power to heal themselves and even regenerate small portions, the liver has a remarkable ability to grow back, even when part of it has been removed. Therefore, when it comes to partial liver removals, the patient is often spared the challenge of finding a donor. The human liver can be cut down to 25% of its original size and still function properly for the human body.

Over time, the remaining 75% of the liver will regrow, eventually leaving the patient with a completely healthy liver. The rate at which the liver can grow back is astonishing; in the first two weeks following a surgery (partial removal or partial donation), the majority of the regeneration will occur. This is followed by a slower phase of regrowth that occurs over the next year. Even during this phase of regeneration, the liver can continue to function as normal. While most doctors will tell you to lay off the alcohol, in order to avoid undue stress on the liver, all the other essential functions of the liver will not be affected.

As mentioned above, that is why it is possible to be a living donor of your liver. If a person needs a complete liver transplant, a close relative can donate a part of their liver, say 30-40%, and it can be placed in the body of the patient who needs the transplant. Provided there is no tissue rejection, both of you can recover normally, and within a year or so, you will both have a fully functional liver that is 100% normal size. Although the tongue is actually the fastest-healing part of the body, due to the rich and constant supply of blood, the liver is incredibly adept at healing itself, more so than any other major organ. 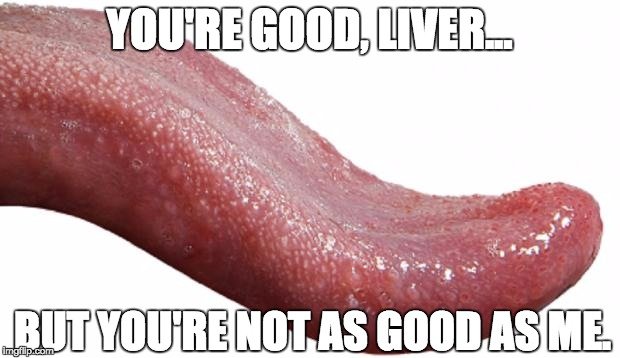 Therefore, if one of your close family members is ever in need of a complete liver transplant, don’t worry about them asking you to sacrifice yourself and hand over your healthy liver; you certainly can’t live without the organ, but you also don’t need a full liver to survive and enjoy a normal life!