Some internal organs are on one side of the body because they are more efficient that way. For example, the heart is on the left side so that it can pump blood more efficiently to the rest of the body.

After a few decades of life, most people are very familiar with the appearance of their body, but that is primarily just from the outside. In other words, while people are aware of their critical organs, they don’t always have a firm grasp on where exactly they are. I have spent the better part of my life thinking that my kidneys were near my hips, on the front of my body, when in actuality, one kidney is situated on either side of the spine, at the back of my torso, beneath the rib cage!

Some of our organs (internal and external) also come in pairs, and are often symmetrical in the body, such as the lungs, kidneys, eyes and ears, while others do not have a matching pair and appear on either the left side, the right side, or the center of our bodies. The question is, what determines this placement, and is there a reason why some organs tend to the right or left? 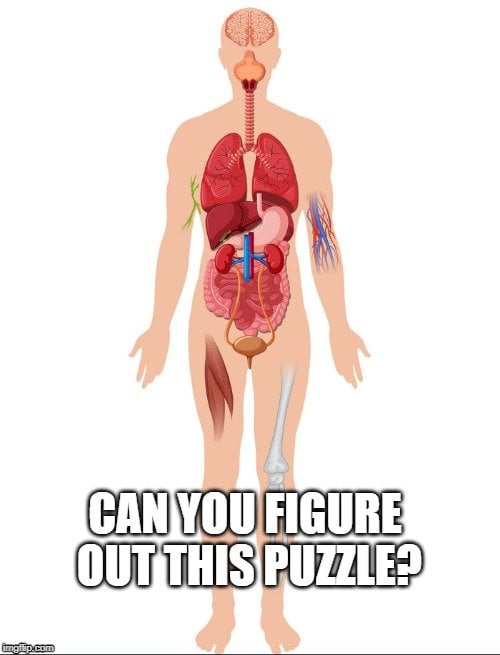 Before we can get into this explanation, we need to do a quick review of the anatomy of the body, as well as the most important organs and organ systems.

When you look at a human being from the outside, one of the first things you’ll notice is the bilateral symmetry, meaning that our body is externally symmetrical, in most cases. If you draw a line down our body, from the crown of our head down between our legs, each side will have one ear, one eye, one arm, one leg, etc. Some of our features are doubled, i.e., our nostrils, eyes and ears, while others come in single parts, such as our mouth, bellybutton, nose, etc.

When it comes to organs/features being in pairs versus having only one, there is typically a good explanation for this. Ears and eyes work better in pairs to more accurately detect sensorial input, forming a more complete picture of the world. Only one mouth is required, as it is directly connected to a “separate” organ system, where nothing needs to be duplicated—one mouth, one esophagus, one small intestine, one stomach, one large intestine, etc. 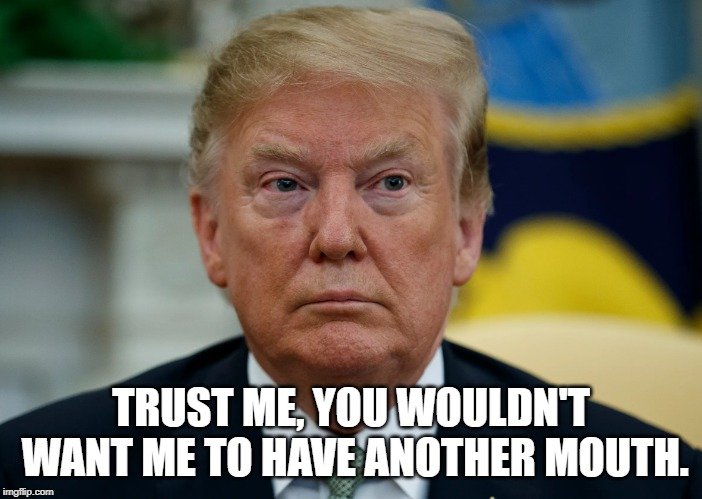 Internally, the body does not boast the same bilateral symmetry as our outer appearance might suggest. Inside our bodies, the key is the efficient use of space, which doesn’t always mean a pretty, evenly divided picture. Some of our internal organs do display symmetry, or at least pairing, such as the kidneys and lungs, while others do not, such as the liver, brain, heart and gallbladder.

Also Read: Why Are Some Organs On Specific Sides Of The Body?

Similar to the outer structures, some of these need to be doubled to ensure survival. The ovaries and testicles come in pairs, for example, in case one of them ceases to function; perpetuating the species is of the highest importance. A single lung would be able to provide enough oxygen and gaseous exchange function to survive, but having two lungs provides us with a reserve capacity, allowing us to sprint into action and still have enough oxygen for our muscles. The kidneys are similar; the body can function with only one, and manage to survive, but it is easier to remove the large amount of waste that must be filtered out of the body every day with two kidneys, rather than one.

The brain and the heart, on the other hand, both consume so much energy and play such critical roles in the body that having two of them would be inefficient and wasteful, energetically speaking. That being said, even the solo organs have some vestige of duality; for example, the heart has a left and right ventricle, the liver has left and right lobes, and the brain has left and right hemispheres. This is not the same as having an entire backup organ, but it does fit the pattern of human organ development. 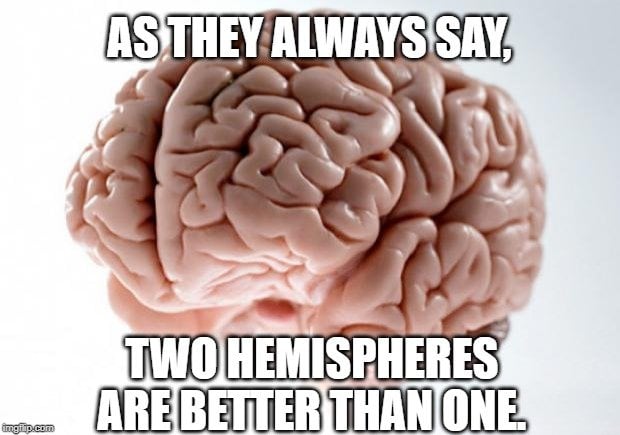 Now that we understand why some organs come in pairs, while others don’t, which leads to the asymmetry of our internal body, we can look at what controls and dictates placement of our organs.

Organ Position In The Body

After an egg is fertilized by a sperm cell, an embryo begins to develop. Interestingly enough, this embryo remains almost entirely symmetrical for the first six weeks of development. At that point, however, the heart begins moving to the left, as does the stomach, while the early liver migrates to the right. This distinct change is known as left-right symmetry breaking, and has been a source of frustration and mystery for decades. 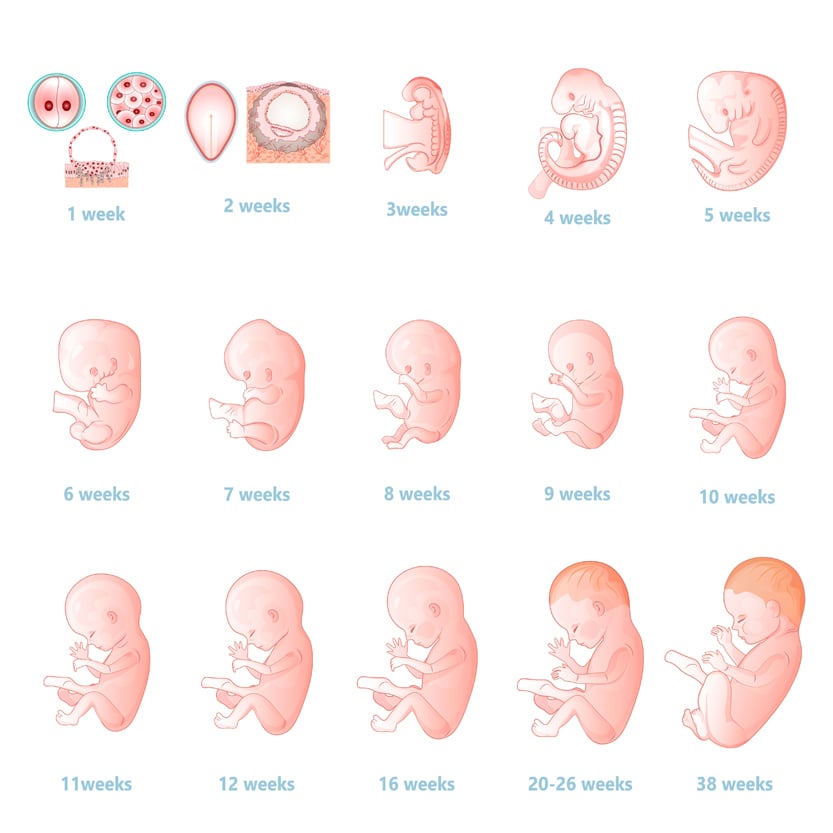 Only recently have researchers identified some of the genes and transcription factors that control how the early embryo develops, particularly in relation to organ positioning. In a specific region of the embryo called the node, there are specialized cilia that behave in quite a strange way. These cilia actually twirly in a controlled, clockwise direction, which can guide the fluid around the embryo in a certain way. At this point, the embryo begins to express some genes on the left side, and others on the right, a stark change from the symmetrical growth that had happened up to that point. If these cilia don’t work, or if they rotate in the opposite direction, organs will either grow at random, or they will grow on the wrong side, leading to potential health problems. 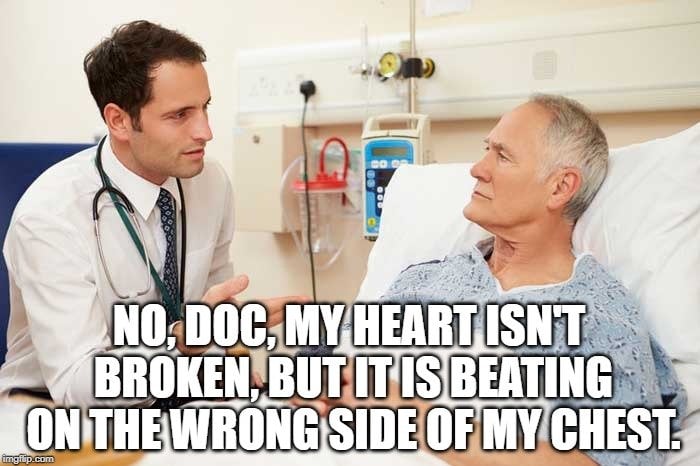 One of the key genes that has been identified in this process is the Pitx2 gene, which codes for a protein working as a transcription factor. If this gene is not expressed, or if it is mutated in some way, human growth development is seriously impaired, including cranio-facial deformities, a lack of tooth growth, and problems with the production of human growth hormone. Research is ongoing to identify other transcription factors that affect organ placement and development, since studies have found that Pitx2 can’t be held responsible for all issues with left/right determination.

Also Read: 2 Eyes, 1 Nose… Why Do Some Organs Come In Pairs?

Once the organs begin their asymmetric growth, provided that it progresses normally, a healthy child will be born with all organs intact, in the right number, and in the correct place. However, there are many organ defects and developmental syndromes that can result from incorrect left/right symmetry breaking, including a complete lack of a certain organ, the doubling of some organs, or your organs being in a mirror image to the average human. Some of these disorders are completely harmless, and may not even be discovered until later in life, but some disorders require immediate medical assistance, as they could be potentially fatal!

Even though the internal landscape of our body may look like a confusing mess, there is an efficient method behind such madness. Through the delicate dance of genes and thousands of millennia of natural selection and evolution, we have gradually become complex machines, with complicated sets of blueprints that don’t always get read correctly. Fortunately, our body has backups for most organs, in the event of a mistake. In terms of the specific left-right placement of organs, we still don’t have an exact explanation, but the efficient use of the internal space, and the proximity of interactive organ systems, suggests that the body definitely did it for a good reason!