When I first saw a tightrope-walking performer doing his thing with a pole in his hand, I thought that he was carrying the pole to make the task of walking on a thin rope appear even more daunting. Then, while watching another performance (this time on TV), I assumed that the pole could be used as a prop (for juggling and other tricks), making it more of a part of the tightrope-walking performance.

I’m sure that there are many people out there who attribute the presence of a pole in the walker’s hands to one of these two reasons.

While the pole might make the task appear more daunting to viewers, and certain performers do use it to perform tricks, that’s not the only reason why poles are used during tightrope walks. 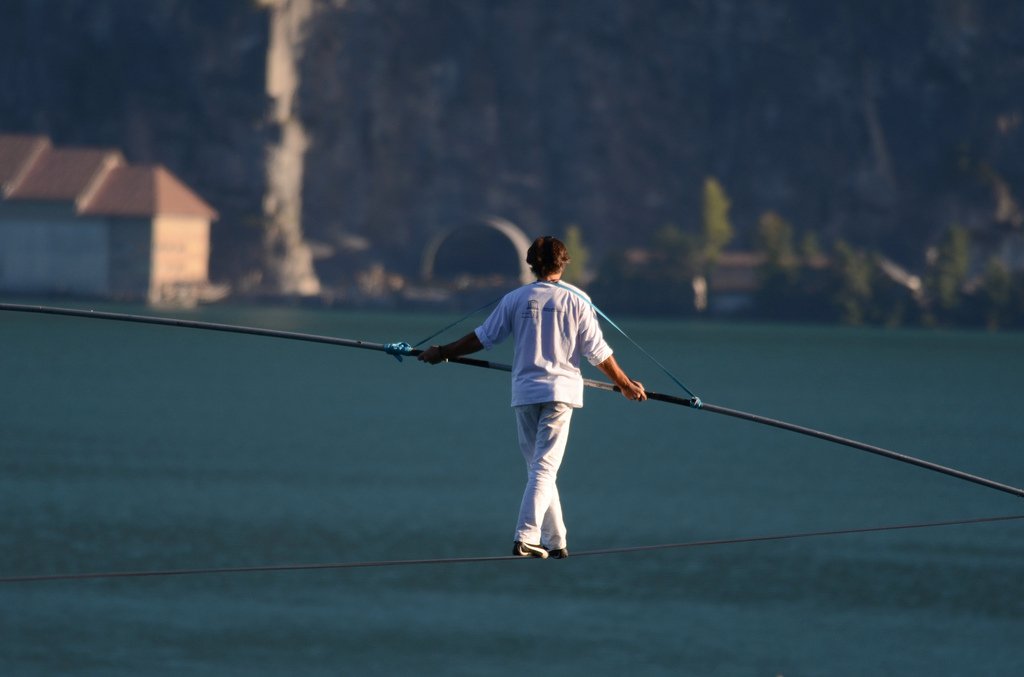 Why Do Tightrope Walkers Always Carry A Pole While Doing Their Stunt?

Short answer: Carrying a pole helps the walker increase their rotational inertia, which aids in maintaining stability while walking over the narrow rope. The pole also adds more weight below the center of gravity of the walker, which is another bonus for maintaining balance.

What Is The Moment Of Inertia?

The moment of inertia is the measure of an object’s opposition/resistance to change in its direction of rotation. Also referred to as rotational inertia, it is a parameter of how difficult it is to change the rotational velocity of an object about a particular rotational axis. 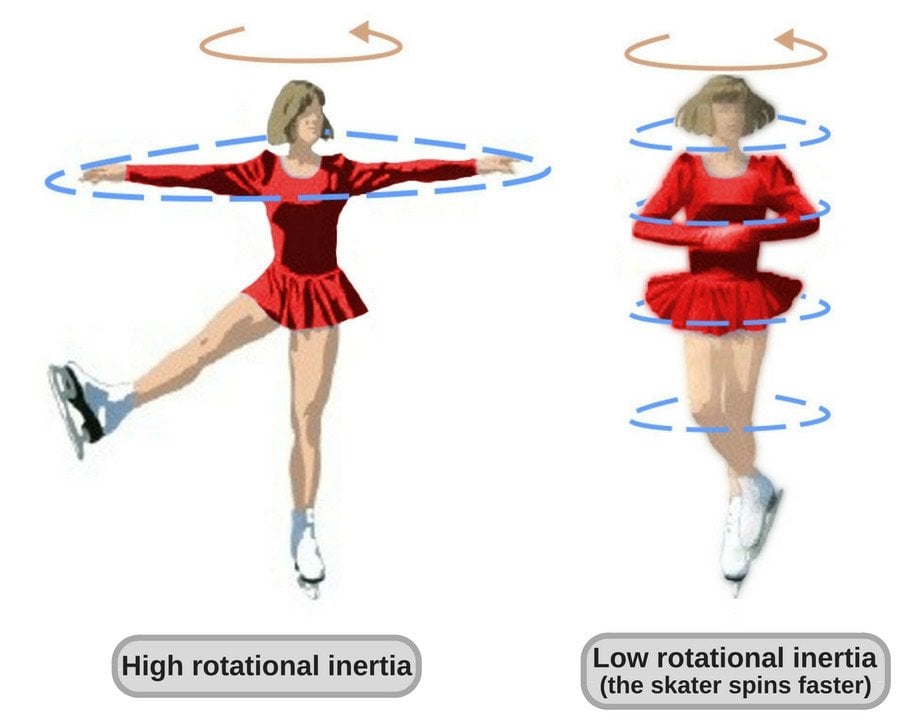 Also Read: Why Do We Extend Our Arms While Trying To Stay Balanced?

By carrying a pole (it’s called a balancing pole, more specifically) horizontally in their hands, the tightrope walker increases his moment of inertia, i.e., he minimizes his body’s “rotation” around the rope. The length of the pole also plays an important role: the longer the pole, the better it is for stability.  This is because it spreads the combined mass over the rope (weight of the walker + weight of the pole) far away from the pivot point (the feet of the walker). The bar reduces angular acceleration of the tightrope walker as more torque is required to rotate the walker. This means that if the walker tips over, he would do that very slowly and therefore have more time to correct his stance/gait. 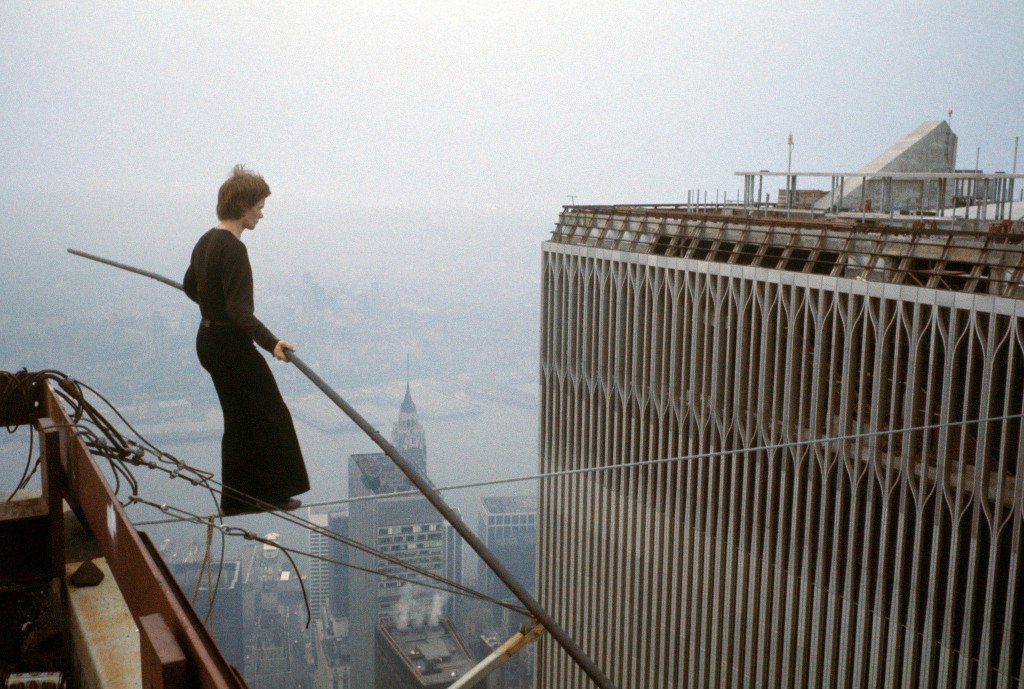 Apart from increasing the moment of inertia of the walker, the balancing pole also lowers the walker’s center of gravity, which is key to doing this whole thing right. Not only in the case of tightrope walkers, but anything with a lower center of gravity (closer to the ground) is typically more stable than something with a high center of gravity. That’s one of the reasons why sports/racing cars have such low ground clearance. 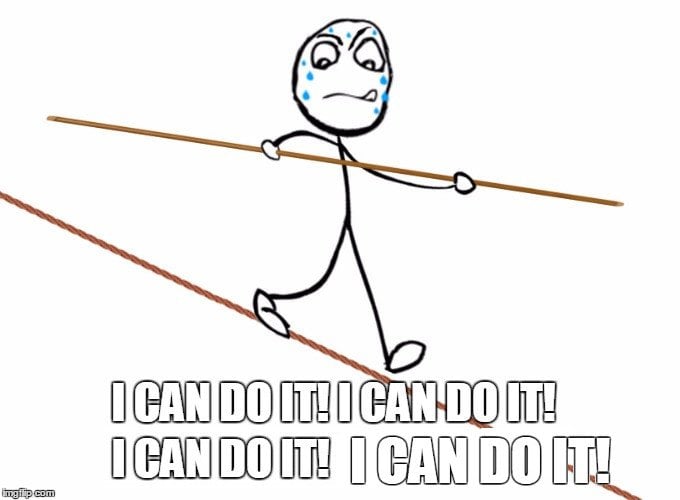 Also Read: Why Focusing On Something Helps Maintain Balance?

So, now you understand that tightrope walking is more than just a circus stunt. It represents a perfect example of how art and physical forces, if understood well and executed properly, can help us achieve things that seem impossible, and survive to tell the tale!

How much do you know about tightrope walkers?