A manhole cover is round because it won’t fall through the opening on which it sits, it can simply be rolled to reach a destination much faster, while applying relatively little effort and so on.

I didn’t know how popular this question actually was, but once I started to do some research about it online, I realised that it’s actually a very common question to be asked during job interviews for corporate positions (most of which are not even distantly related to architecture or civil engineering!). You’ve also seen countless manhole covers while strolling along the street, but have you ever asked yourself why they are that shape? 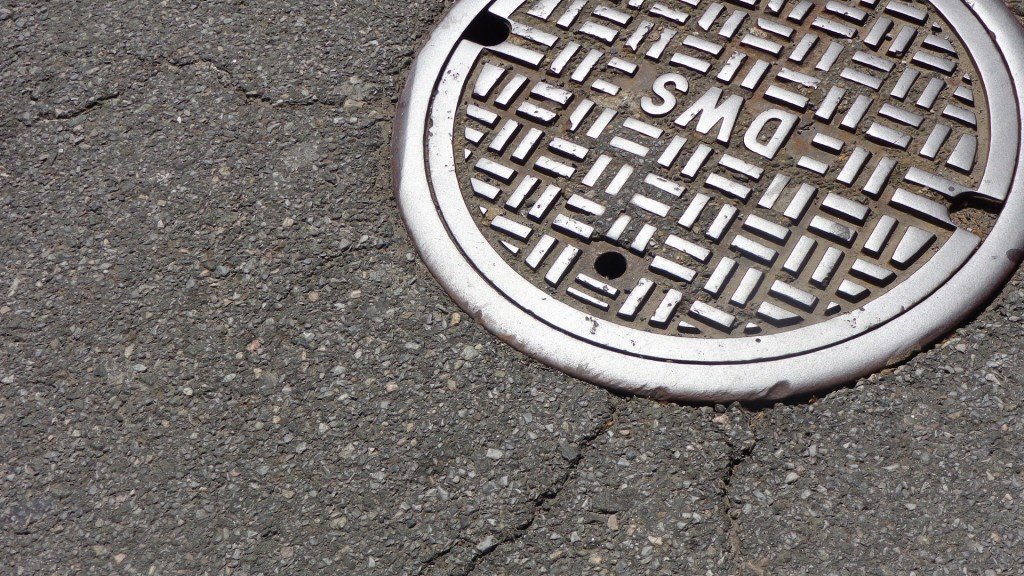 What’s the reason behind this innocuous detail underfoot in our daily lives? Why aren’t manhole covers some other shape, like a triangle, a rectangle or even a square? Squares are quite a popular choice for lids and covers, so why wouldn’t they work in this situation?

Why Are There Stones Along Railway Tracks?

Unless you’ve have been living under a rock for years, you already know what a manhole is. Also known as a maintenance hole, utility hole, inspection chamber or sewer hole, it’s an opening to an underground space (usually a confined one) that’s used for a variety of purposes, including inspections, making repairs and connections and performing maintenance operations. 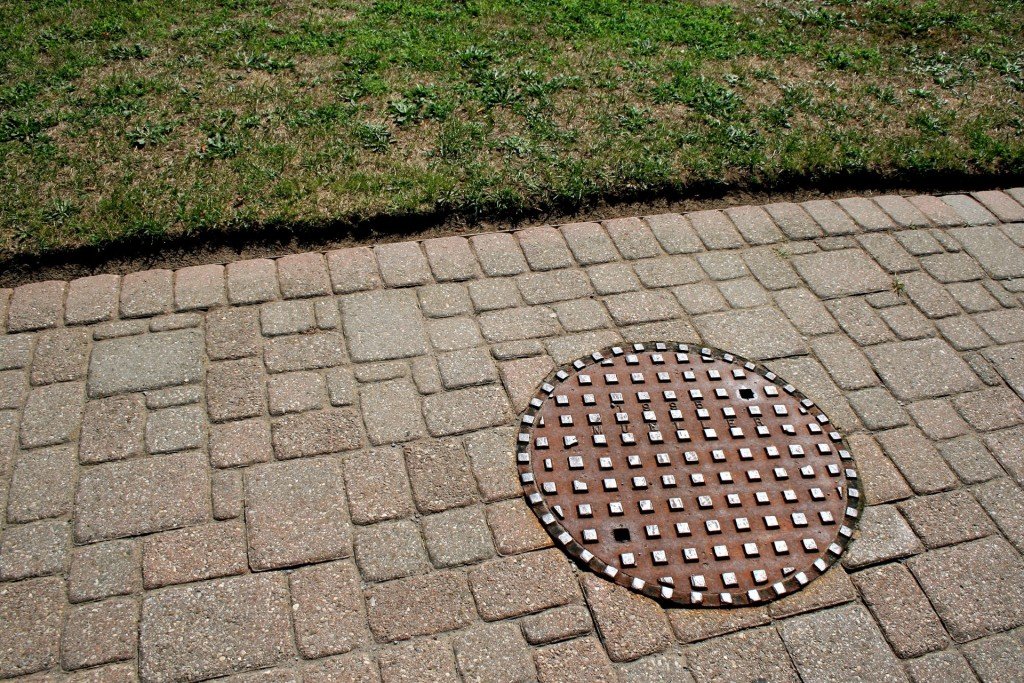 Some of the most common areas where you might find a manhole are underground public utilities, such as sewer, telephone, water, electricity, etc.

As mentioned earlier, manholes are openings to underground spaces (that are usually confined or shut off from the outside world); it goes without saying that they need to be properly covered/closed to prevent any unauthorized access (you must have seen your fair share of those in movies) and to avoid freak accidents, like people falling through them and injuring themselves.

Covers are typically made of either cast iron, concrete or a combination of the two (some countries also use glass-reinforced plastic or some other composition for better slip resistance), which makes them durable, inexpensive and quite heavy. 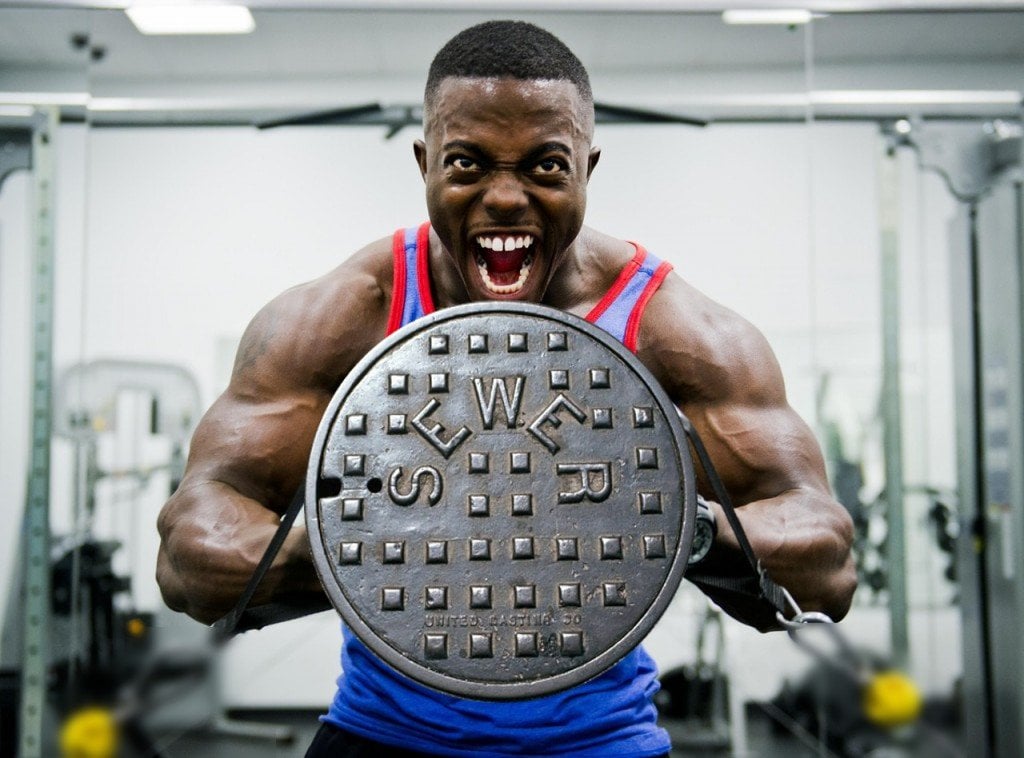 Manhole covers would make a good tool for weight-training as they usually weigh more than 50 kg (110 pounds). (Photo Credit : Pexels)

Another important thing to know about manhole covers is that they’re put on top of a metal base that has a smaller inset rim, which is why the cover fits perfectly.

Why are manholes usually circular?

Circular covers won’t fall through the opening on which they sit!

Rectangular manhole covers would be a bad choice.

Having said that, circular ones are not the ‘only’ covers that wouldn’t fall through the openings they protect; a curve of constant width or a Reuleaux triangle would also serve the purpose. But they would be much more complicated to manufacture on a large scale than simple, circular covers. 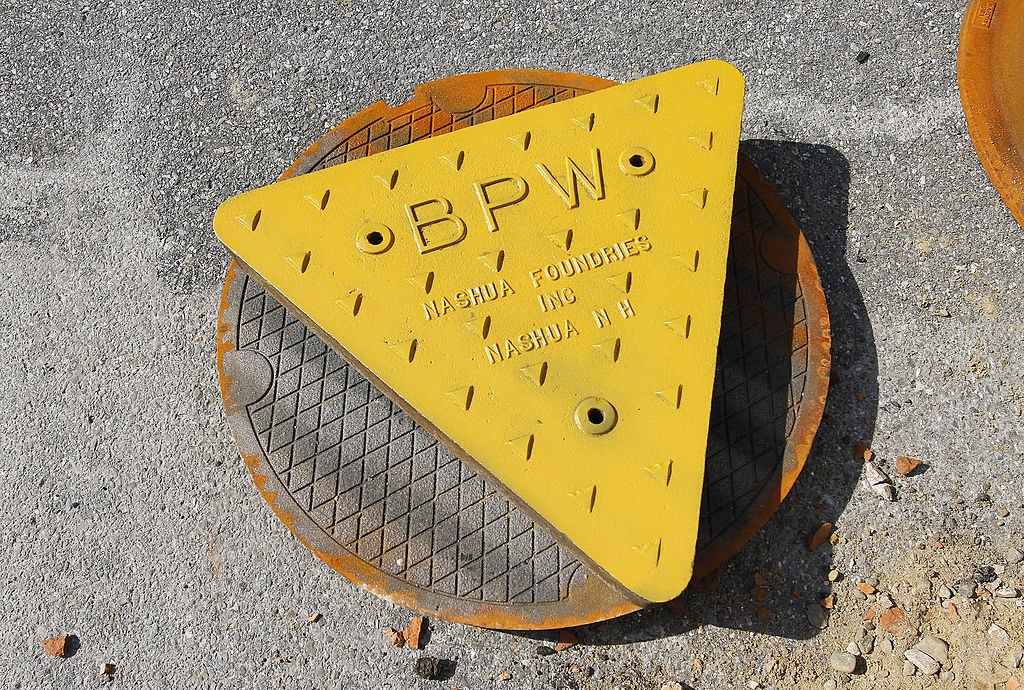 Some places do have covers of other shapes too; here’s a triangular manhole cover from Nashua, New Hampshire atop a circular manhole that is replacing it. (Image Credit: Don Himsel / Wikimedia Commons)

Imagine working on a manhole and you want to move a cover to another hole a few dozen meters away. Since a cover weighs around 100 pounds, carrying it all the way would be quite a workout (one that you don’t particularly need while working on the streets!). A circular cover is ideal in such scenarios, as it can simply be rolled to reach the destination much faster, while applying relatively little effort.

Aren’t we supposed to learn from the legacy of our ancient forefathers who first discovered the wheel? 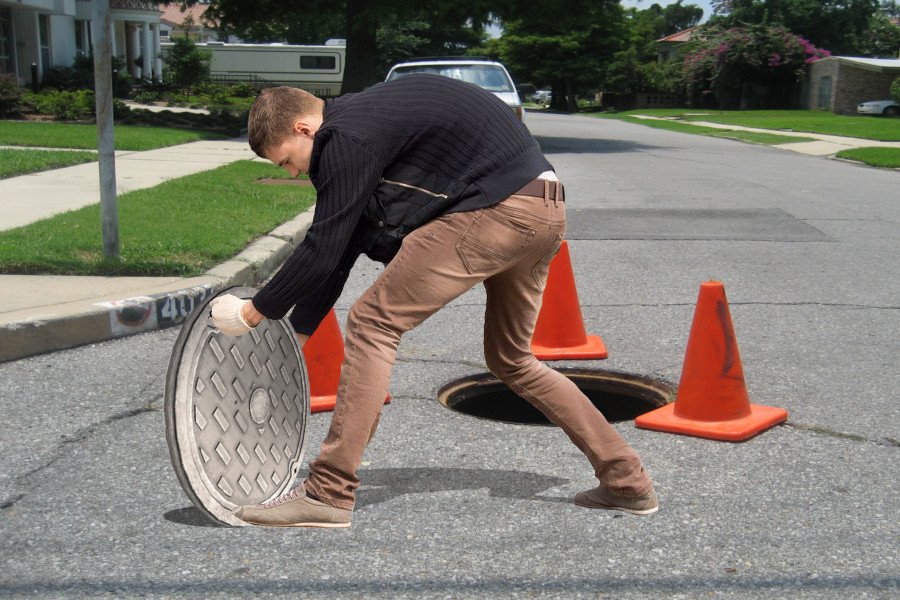 It could simply be rolled to transport to a new manhole

Round shapes are also the best when it comes to resisting the compression of Earth around them, so circular manhole covers are the most material-efficient in this case as well!

A circular manhole can easily be fit into the hole by simply sliding it over the top, whereas with other shapes, you would have to properly align the cover with the edges and angles of the hole to fit it into place.

Not very easy to unlock

In some countries, like France, they ‘lock’ these round covers in place by making a quarter turn after slipping it into place. This makes it more difficult for anyone without a special tool to just lift it and go exploring.

There you have it; it’s not like someone woke up one morning and decided that manhole covers would only be circular – there are plenty of logical reasons behind the choice!