Square boxes are simply easier and cheaper to make, as compared to a round container. Why? Because a square box can be formed from a single sheet of cardboard.

Pizza is undoubtedly one of the most popular foods in the world. You can walk up to almost any stranger on the street and ask them what their favorite food is, and there’s a good chance that pizza will pop to the front of their mind.

I’m assuming that we’re all familiar with this incredible slice of cuisine, and if you’re not… where have you been?! You likely know all about the different flavors, the variety of toppings available, the different kinds of bases and crusts etc., but have you ever wondered why this round delicacy comes in a square box?

This puzzling question has come up many times in conversations with friends, so I decided to explore the science, history, and technicalities of why pizzas generally come in square boxes, rather than round ones. Let’s start at the manufacturing stage.  Quite simply, square boxes are easier and cheaper to make. Why? Because a square box can be formed from a single sheet of cardboard. It’s useful for pizza boxes to start as nothing more than flat sheets of cardboard so that they can be stored easily. Remember, thousands of people order pizzas every minute around the world! Then, as and when required, these sheets can be folded into boxes in the shop itself. Easy! The square nature of the boxes also makes them easier to store, since they are more stable than round boxes, so your leftovers will be safely chilled until you’re ready for Round 2!

Ease Of Transporting And Storage

The argument of square boxes being easier to make and store is rather obvious, but let’s take a look at exactly what is required to make a round box. Firstly, it is comparatively much more difficult. Making a round box requires a lot of work to not only manufacture, but also to construct the round box on site. Furthermore, logistics experts reckon that it would be more expensive to ship/transport these fully constructed round boxes. In addition, pizzeria owners would need to redesign their storage space to accommodate round shape boxes, which would be an additional cost overhead.

It turns out that a round box must be assembled from at least four separate sections, and may even need to be pressed together by special machinery. That sounds like a lot of work and resources just to deliver a pie and then have the consumer toss the box in the recycling bin an hour later! Also Read: Why Is A Boxing Ring Called A ‘Ring’, Even Though It’s Actually A Square?

Most notably, a round box needs to be constructed in two separate parts: the container and the lid.

Now, onto the space within a square box. Obviously, since the square box is accommodating a round pizza, there will be space left in the four corners of the box. This space makes it much easier for a person to lift up a piece of pizza without digging their fingers into a steaming mix of sauce and cheese!

The space in the corners can also be used to keep extra items, like oregano and the all-important chili flakes.

Think about the technical aspects of a round box. Don’t you think that its one or two hinges would be small and easy to break or be damaged? A square box, in comparison, has a relatively large and stable hinge (one entire side) that is comparatively less susceptible to damage.

Attempts To Pack Pizza In A Round Container

Despite the apparent operational advantages of packing pizzas in square boxes, there have been attempts to pack pizzas in round boxes, with Apple notably serving pizzas to its employees in a patented round box! Let’s look at some of those endeavors.

One of the first attempts to pack pizzas in a round box was made by John Harvey, who came up with a round pizza box called Presseal in early 2000. According to Harvey, a round pizza box prevents the pizza from sliding around inside the box, so there is less spillage of toppings on the pizza, or shifting/bunching of melted cheese. Harvey was hopeful that, just as the transition from clay-board boxes to corrugated pizza boxes in the 70s was a boon for the food industry, he would motivate an impactful transition from square to round pizza boxes. His dream of making this transition in the packaging industry didn’t quite materialize, however, as operational problems associated with making round boxes made it difficult to produce round pizza boxes at scale. A similar attempt to normalize round boxes for pizza was made by a company World Centric. They launched a circular compostable pizza box called PizzaRound made from sugarcane and bamboo, unlike usual square cardboard-based boxes. World Centric claims that you can even reheat pizza in this new pizza box in a microwave oven at up to 450oF. That’s quite a good design, in my opinion!

Finally, one of the most recent attempts to use a round pizza container was made by Apple—the company known for innovation in tech, not necessarily toppings. Even so, Apple filed a patent for a thin round pizza box as early as 2010. This sleek round pizza container is designed for personal pies and comes with smartly placed holes to easily vent out excessive moisture. It is presently only available in the food courts of Apple offices. Apple employees can grab a pizza in this new pizza box from the food court and bring it right to their desks. This box is known to reduce the sogginess of pizza. When or whether or this innovative design will ever be made available for general use has not yet been announced.

Also Read: Why Do Cats Like To Stay Inside Boxes?

So, despite a few attempts by different packaging and technology players, round boxes haven’t really become mainstream. According to industry experts, companies making round pizza boxes need to convince pizza shop owners and distributors to switch to these round containers from square boxes, which has proven to be difficult. This is a big business challenge, as owners need a solid reason to institute a change of pizza packaging and distributors would need to create a whole new bunch of slots for the new round boxes.

Hopefully, this article has settled any and all of your curiosity as to why pizzas generally come in square boxes. Next time you find yourself wondering why your delicious round pizza is being delivered in a square box, simply slide your fingers into that empty space in the corner of the box and easily pull out a slice of pepperoni pizza perfection! 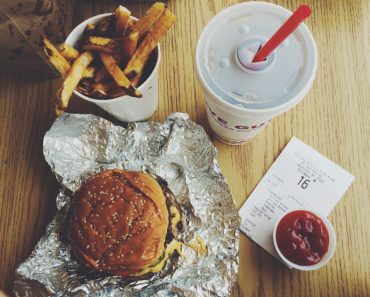