A blue hole is a circular, steep-walled depression developed in a bank or island that is open to the surface. It is akin to a marine sinkhole and is composed of carbonate bedrocks. A blue hole descends hundreds of kilometers and connects to mysterious tunnels.

Almost perfectly round stark blue holes are commonly called the “pupils of the sea”. For many years, they remained a mystery. People who tried and failed to understand this geological feature ended up creating quite a few stories around blue holes.

The Chinese believed these portals to be entrances to an underground palace ruled by dragons. The Mayans had an interesting idea that these blue holes were the gateways to the underworld. Finally, the expedition of OceanX in 2018 put an end to all those ideas and legends. This historical expedition took the plunge into the blue hole of Belize and explored the many mysteries that lie beneath. The entire expedition was also streamed live on Discovery.

You can watch the incredible experience here How Were Blue Holes Formed?

Most blue holes were formed from sinkholes that slowly developed over time. A sinkhole is a depression in the ground with no natural external drainage system. Any water entering a sinkhole remain inside. The rocks that are present at the bottom are easily soluble by the groundwater itself, and when water from rainfall moves down, the rocks begin to dissolve further, forming caverns and underground spaces.

The creation of blue holes began many thousands of years ago. Sea level was much lower in those times. Blue holes originally formed like limestone caves did in the last ice age. As the glacial runoff began, the limestone cave system collapsed, eventually resulting in the formation of vertical caves, otherwise called massive sinkholes.

These caves were later flooded with ocean water, thus forming these mighty blue holes. Within the walls of the blue holes, the water remains still, without any currents.  Their dark blue appearance is due to the greater absorption of sunlight, which increases with the increasing depth.

How Are Blue Holes Different From Lakes And Ponds?

Ponds and lakes also have an appearance similar to blue holes, but they differ in numerous ways. Most lakes and ponds form as a result of glacial retreats that leave hollows behind and are later filled with water. They cover an area ranging from a few acres to several hectares, but blue holes are huge, with a width and depth of roughly 300 meters. (Source)

Ponds and lakes are shallow enough for sunlight to penetrate through them. They support life forms, varying from primary producers to fishes and vertebrates. On the contrary, in blue holes, sunlight can hardly penetrate and they do not support much life. Also Read: What Are Blowholes And How Dangerous Are They?

These blue holes can also form in inland regions, but these regions often have passages connecting to oceans. Seawater enters the holes through them, so they may have a mixture of freshwater, saltwater, and other chemical compositions.

What’s Inside A Blue Hole?

In the winter of 2018, a crew from Aquatica Submarines ventured to the bottom of the blue hole of Belize with a mission to create a 3D map of the Great Blue Hole. Along the way, they came across some common and rare sights. At the beginning of the expedition, the crew found the usual suspects, including corals, turtles, and reef sharks. As they moved deeper, life began to vanish. The area was entirely lifeless as the explorers moved beyond 90 meters of depth. All they found down there was toxic hydrogen sulfide covering the entire width of the hole.

The condition inside is also anoxic, barren of both oxygen and life. Conch shells and hermit crabs had been found during archeological research, but they are believed to have been trapped down there and suffocated to death. As they moved further beyond 120 meters, the researchers came across something that was not expected. Stalactites were found, which gave some clues to the hole’s past.

These are a type of formation that hang from the ceilings of caves as water drips. Also, stalactites form most effectively on land, with water dripping down the stone. Hence, their presence in the Great Blue Hole was strong evidence that these holes had been formed on land in the prolific era of the earth, and were later submerged at the end of the ice age.

Almost all blue holes around the world, including the holes in Egypt and Belize, are popular dive sites. They are also a point of attraction to adventure seekers. However, don’t underestimate the danger that blue holes pose. The blue hole in Dahab, in the Red Sea, is possibly the most deadly site. There is no official count, but it is said that around 130 divers have lost their lives in the Dahab blue hole over the past 12 years.

One major reason for this deadly dive is the notoriety of the site, which attracts adventure-seekers and presents a tempting challenge. Accessibility of the site is another such reason. In most places, blue holes are located right off the shore. Also, the warm, clear, and temperate water of blue holes make these dives look more benign. Can A Diver Survive Inside A Blue Hole?

A properly trained diver can get through the hole and admire the splendor inside. The bottom of most blue holes lies about 100+ meters. In the blue hole of Dahab, at a depth of about 56 meters, there is an archway that leads to open water. This is the arch that most of the divers are interested in.

With good buoyancy skills and preparation, one can experience the adventure inside, but there are a few problems that lead to people injuring themselves when they plan the dive. One such problem is nitrogen narcosis. As one goes deeper and deeper into the hole, nitrogen narcosis will eventually take hold. It commonly impairs one’s ability to think clearly and things can go horribly awry.

To divers, it may feel like they are in normally compressed air, when they have already entered a toxic oxygen state at 56 meters. In other words, a blue hole isn’t dangerous, so long as one dives with proper guidance and planning.

Also Read: What Are These Rings In The Middle Of The Ocean?

Apart from being a popular dive site and a site for archeological research, blue holes have also been identified as hotspots for microbial life. The microbes found here appear to feed on hydrogen sulfide, which is toxic to other lifeforms. Along with several other blue holes in the world, one of the blue holes in the Bahamas is known to have a mat of microbes completely covering the walls.

No submarines can be sent down, so one must physically get into the blue hole to completely discover what is down there.  Obviously, that can be extremely dangerous. Proper training and certification are necessary to carry out research in a blue hole, which may be why these underwater caves are one of the least understood ecosystems on the planet! 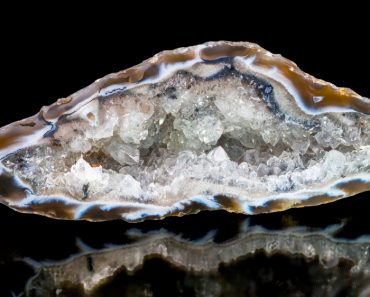