Hollow rocks, lined with crystals on the inside, are called geodes. Water, carrying minerals, flows through these rocks, making them hollow and lining them with crystals.

Plenty of rock-cutting videos on social media platforms feature stunning crystals that appear in incredibly intriguing places. I’m sure we’ve all have seen at least one of these videos.

But have you ever wondered why certain rocks are shaped in such unusual ways? What are these rocks known as?

Such eye-catching rocks are called Geodes. They contain a hollow space lined with crystals that can be round or egg-shaped. Geodes are found all over the world in a number of places. They can originate in sedimentary rocks (formed from the deposition of minerals) as well as igneous rocks (formed from the solidification of lava). 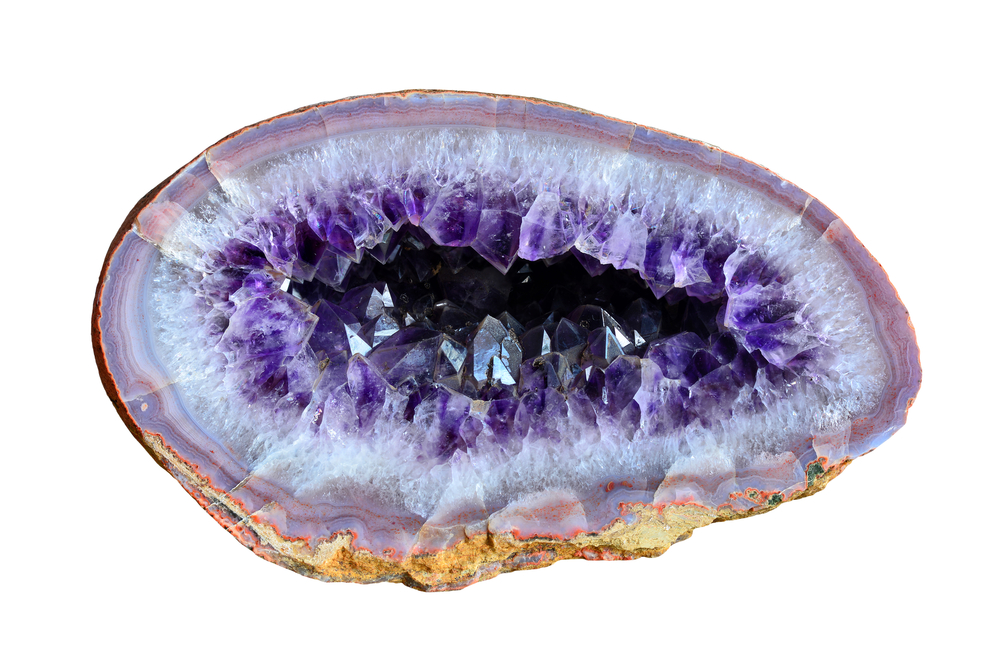 How Are Geodes Formed?

In the beginning, it was believed that geodes were only bubbles in volcanic rock. However, geodes can arise in locations that lie very far from volcanic activity. This also supported the notion of geodes being found among sedimentary rocks.

In sedimentary rock, geodes can have a variety of origins, including animal burrows, mud deposits, or even tree roots.

The passage of time causes a hole in the rock to form. When water begins to flow through these rocks, it weathers the rock, creating a hole. The rock then hardens into a spherical shape as its edges become more jagged. The water flowing around this rock makes the edges smoother.

How Are Crystals Formed Inside The Rock? 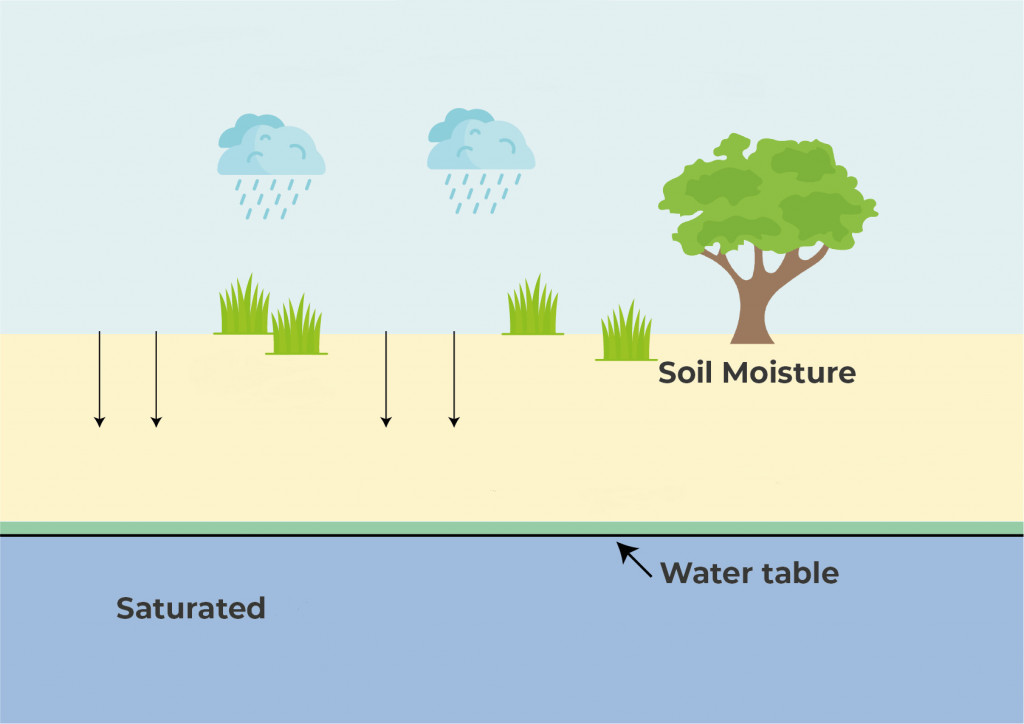 When water seeps into the ground, groundwater takes up space present in the soil. The water table is the boundary where this seeping water stops filling the spaces between soil particles.

Quartz, amethyst, and calcite are examples of the types of minerals that seep along with water. The groundwater dissolves these minerals over extended periods of time, and the dissolved minerals eventually settle on the inside of geodes as they are formed. 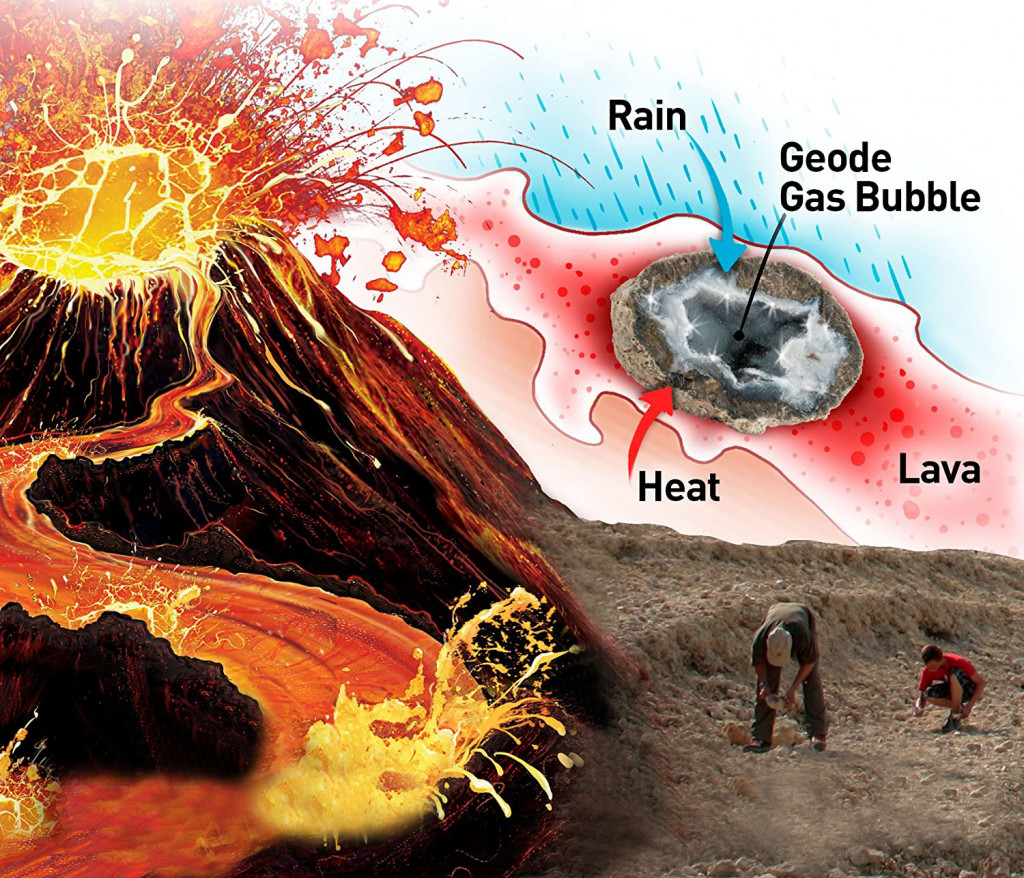 Formation of a geode from a volcanic gas bubble (Photo Credit : Amazon)

These minerals are present in the same water that flows through the rocks to make them hollow.

What is the outcome of water slowly seeping up through the ground for thousands or perhaps millions of years?

Also Read: How Do Temperature And Pressure Impact The Formation Of Rocks?

Crystals! If you cut open a geode and look inside, you might find crystal points or layers of banded crystals.

Because each geode is composed of a distinct combination of minerals, it possesses its own unique characteristics, much like a fingerprint. The only way to examine the contents of a geode is to cut it open with a rock saw or smash it with a rock hammer. 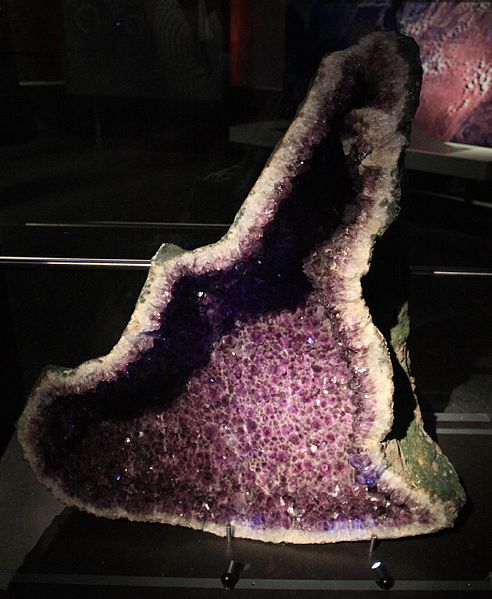 The material that lines the cavity is typically a druse of tiny quartz crystals that shine, and behind that are several bands of clear grey and white agate. Many of these geodes are packed with even more incredible minerals, colors and crystals.

Why Do Geodes Not Break Open, Despite Weathering Agents?

So one hammer is all it takes to break the rock open? So why do they remain intact despite being hollow? How do these rocks deflect the actions of natural weathering agents?

The exterior of a geode is tough and resistant to the effects of weathering to a greater degree than the bedrock that surrounds it. Because of this, the geode can remain intact, despite the erosion of the bedrock on all sides.

Though it would be amazing if all geodes had crystals in them, we aren’t that lucky. There are many rocks that are devoid of crystals. What causes this to happen? And what are these rocks?

These are either pre-mature geodes or chalcedony geodes. Let’s look at each of these separately.

What Is A Pre-mature Geode?

A geode is said to have been found prematurely if the required seepage of mineral-rich water did not occur, or if it didn’t have enough time to take place. It takes millions and millions of years to complete the procedure, and the discovered rock might be younger than expected.

What Are Chalcedony Geodes?

When someone cracks open a geode, the standard expectation is to discover brilliant, intricate crystals in geometric shapes. On the other hand, there are often more intriguing vistas contained inside. A geode lined with chalcedony, a microcrystalline variant of quartz, is one of the most typical findings when geometric crystals are not present.

Basically, chalcedony geodes do have crystals in them, but they are too small to be distinguished by the unaided eye.

A tiny chalcedony crystal will connect to the wall of a geode and get covered with a layer of tiny crystals. These small crystals point away from the seed crystal (a tiny single crystal that facilitates further crystallization). As layers are added one after another, the first formation resembles a little hemisphere connected to the geode’s interior surface. As these little hemispheres start to grow into and on top of one another, the outcome is a landscape that resembles a bunch of grapes!

To understand chalcedony geodes a bit better, take a look at the image below.

Also Read: How Does The Earth Get More Rock On Top Of Other Rocks To Give Us Geological Layers? 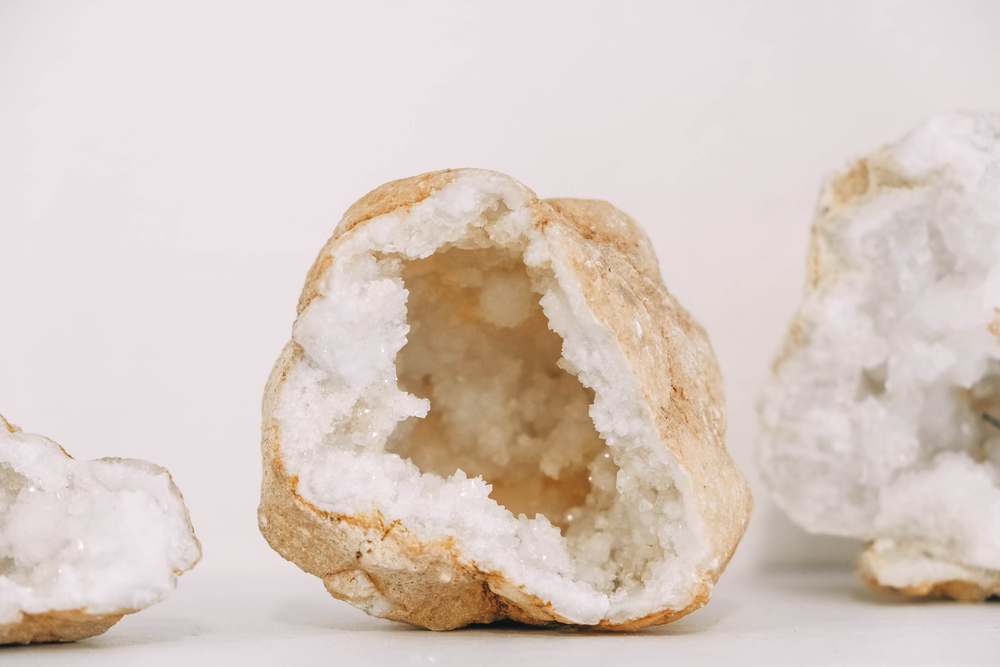 When a beautiful treasure is concealed inside a rock that, from the outside, appears to be ordinary, you know that something extraordinary has taken place. And that, gentle readers, is yet another enchanting surprise from Mother Nature. 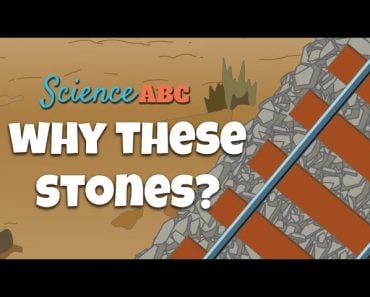