Arch bridges are bridges that have a curved shape. The curve helps to dissipate the force of the load (the weight of the people and things on the bridge) outwards instead of downwards like on a linear bridge. This means that the bridge can handle more weight without breaking.

If you look up images of ancient bridges, regardless of the country where they’re located or the people responsible for their construction, you will find a rather interesting structural similarity among all of them – the arch shape. Why do so many ancient – as well as modern bridges – have the same arched shape? As it turns out, this peculiar similarity is much more than a coincidence…

Why Are There Stones Along Railway Tracks?

If you were to look at an arch bridge, it might strike you as a semicircular structure, namely because the two abutments on either side of the bridge are connected by a curved arch. Unlike linear bridges, which need multiple abutments to support the load, in arched bridges, the curve effectively dissipates the force of the load outward, i.e. away from the bridge itself. 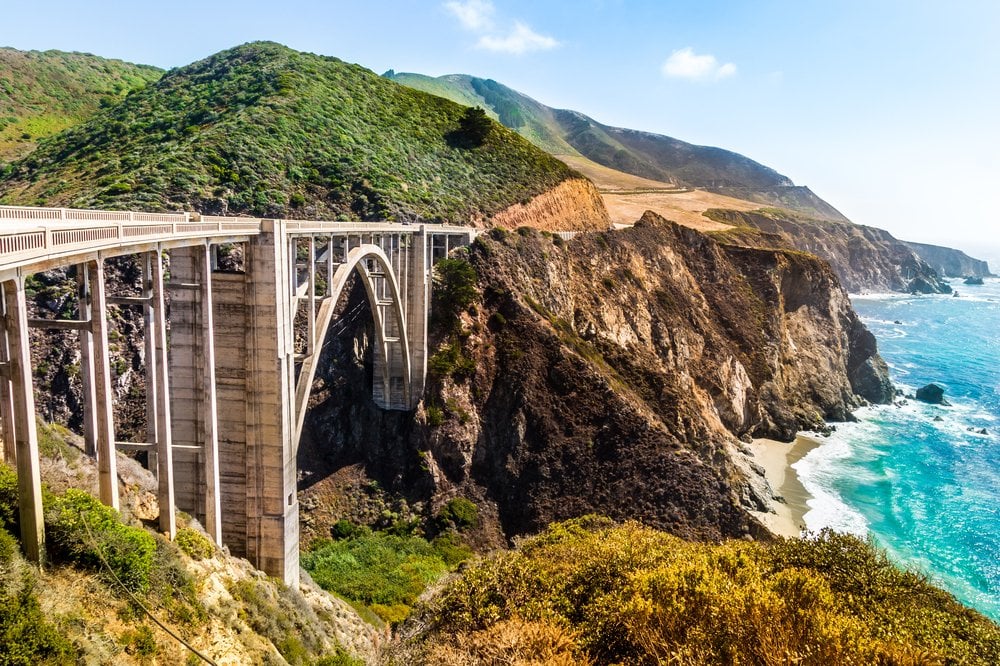 The Bixby Creek Bridge on Highway #1 of the US West Coast (Photo Credit : Michael Urmann / Shutterstock)

This style of bridge design is quite old and can be seen in bridges located in many different parts of the world. Ancient arch bridges were made of brick or stone, but in modern times, steel and pre-stressed concrete is used to ensure the sturdiness of bridges under huge amounts of pressure.

Why the ‘arch’ shape?

Suppose there’s a person (let’s call him Archie) standing somewhere in the middle of an arch bridge. Archie will exert a certain amount of force on the bridge deck due to his weight. This force is the ‘load’, i.e. the downward force that the bridge has to support.

The stones that make up the bridge should be pressed tightly against each other (depending on the quality of construction). Therefore, when Archie applies force (weight) from above, it causes the stone under him (called the keystone) to push outwards against the stone next to it, which pushes itself against the next stone, and the process continues for all the subsequent stones. In this way, the force is transmitted outwards along the curve of the bridge on either side before it reaches the abutments.

How an arch bridge effectively dissipates the load

The abutments bear this force and keep the bridge from spreading out. Since these abutments are embedded in the ground (which is basically a rigid, solid area), they are capable of handling very heavy loads without giving way. However, since every action has an equal and opposite reaction (according to Newton’s third law), the ground around the abutments becomes squeezed when it experiences a force, and pushes back against the abutments. This force creates a ‘resistance’, which is passed on from one to stone to another – this time away from the abutments and towards the center – until it finally pushes against the very stone that is carrying the load – the keystone.

Richmond Bridge, the oldest operational bridge in Australia, is made up of basic raw materials (1825) (Photo Credit : Wikipedia.org)

Thanks to their constituent raw materials, such as brick or stone, arch bridges are excellent at handling compression. They also stand up reasonably well against shearing. However, tension in arch bridges is almost negligible. The curve of the bridge and its ability to dissipate the force of the load outward along the curve significantly reduces the effects of tensional force on the underside of the bridge. In other words, you don’t want to make a very large semicircle in the arch, since higher curvature increases tension on the underside and gradually weakens the entire bridge.

Since it is their inherent shape that dissipates force along the curve, arch bridges don’t need additional supports, structures or cables. Furthermore, they’re relatively inexpensive to erect, as they don’t require a wide variety of raw materials, simply bricks and stones. They are also incredibly durable; certain arch bridges built by the Roman Empire still stand tall today! A number of modern bridges are also arch-shaped, but they are made of much stronger and more reliable materials, and are infinitely more sophisticated than ancient examples. 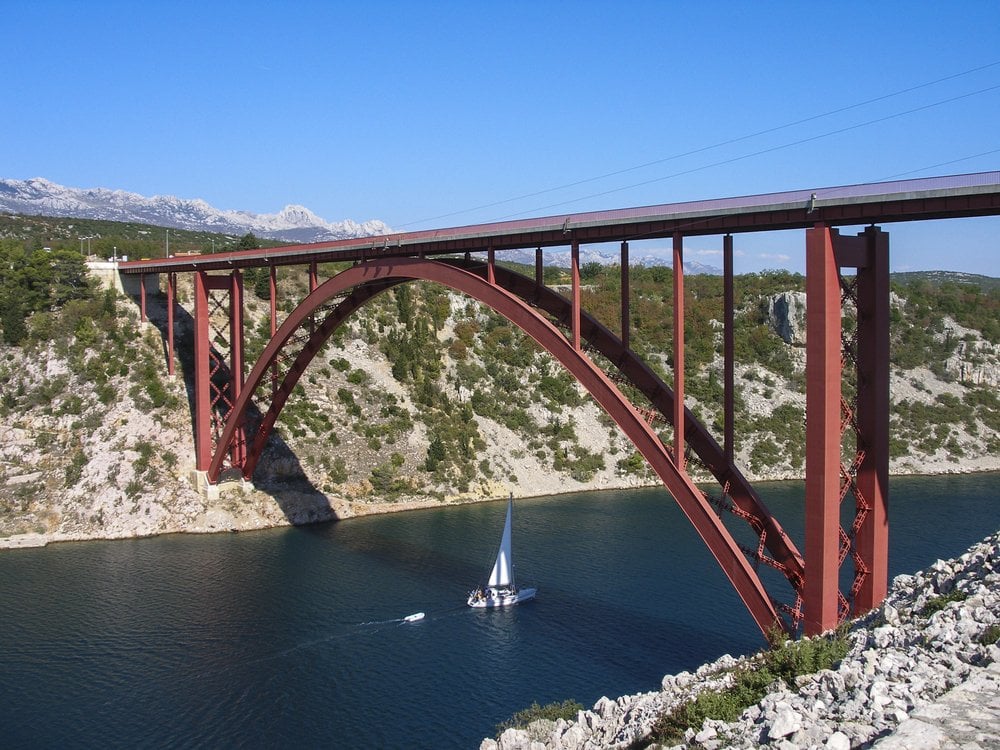 As it turns out, arch bridges not only look spectacularly picturesque, but their arched shape also offers some serious physical and structural advantages!