The batteries in a remote control can sit for months or even years at a time, and an oxidation layer can form between the terminals and the battery contacts. This oxide layer has a high resistivity, which means it opposes the flow of current. When you smack a remote control, it shakes the insides and can help to reposition the battery contacts so they make a better connection. It can also help to scratch the oxide layer, which reduces the resistance and allows the current to flow through again.

The other day I was watching a movie at a friend’s place. The movie was quite boring, so I picked up the TV remote and pressed a button to change the channel. To my surprise, it didn’t work. I pressed the button harder, but still, it didn’t respond. Then, like any other run-of-the-mill viewer who faces the same problem, I pressed a lot of other random buttons on the remote, but couldn’t get any of them to work. It was then that my buddy snatched the remote from my hand, smacked it twice on his palm and gave it back to me, saying “Try it now.”

Sure enough, the remote worked!

Although I was aware of this technique for making remote controls work, I can’t help but wonder how this seemingly violent solution helps. How does a faulty remote control (which works on batteries), start working just fine after it’s smacked around a couple of times? 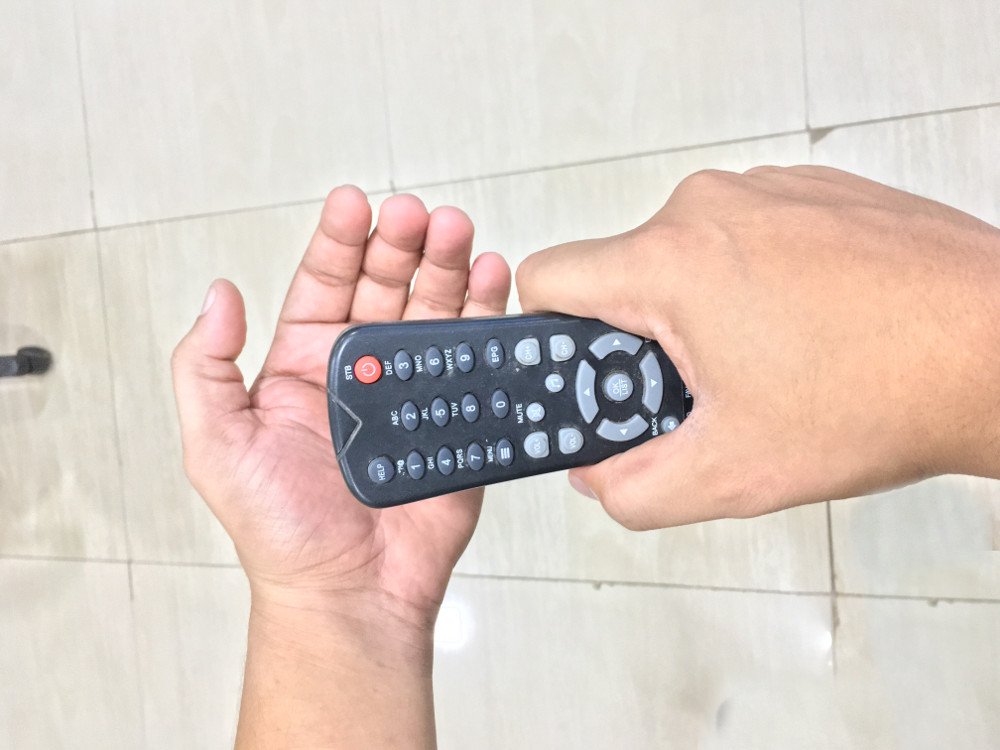 This is actually quite subjective; as in, it cannot be said with absolute certainty that whacking your remote control will make it work every time it stops working. However, it certainly works in some cases. Why does such a crude bashing of a device gets it to work?

In order to answer that, it helps if we first understand the root cause of such minor remote control problems.

Formation of an oxide layer 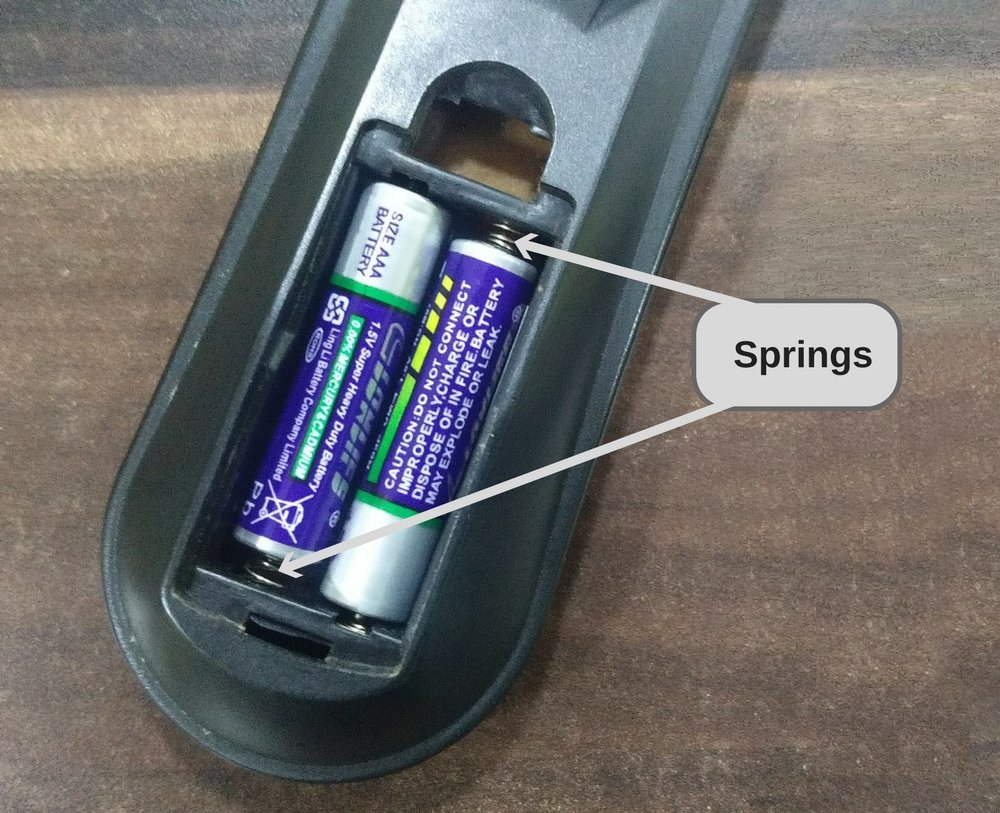 Over an extended period of time, an oxidation layer forms between the battery and the terminals.

The thing about this oxide layer is that it has a high resistivity, meaning that it strongly opposes the flow of current through it. As a result, there is a significant voltage drop over the oxide layer. Therefore, it hampers the smooth working of the remote.

TV remotes do not use much power

As mentioned earlier, the flow of current through the oxide layer already hampers the flow of current and makes the remote not work (sometimes). Another thing that contributes to this problem is that a TV remote does not use much power. Furthermore, the small amount of power it does use is not applied very often, i.e., the power is used just long enough for a light pulse whenever a button is pressed on the remote.

As such, the small current draw is not able to overcome the oxide layer, so the remote becomes unresponsive.

Wetting current is the minimum electric current that needs to flow through the contact to break through the surface film resistance. In the case of a TV remote, the current draw is very small, so it’s unable to overcome the resistance of the oxide layer. 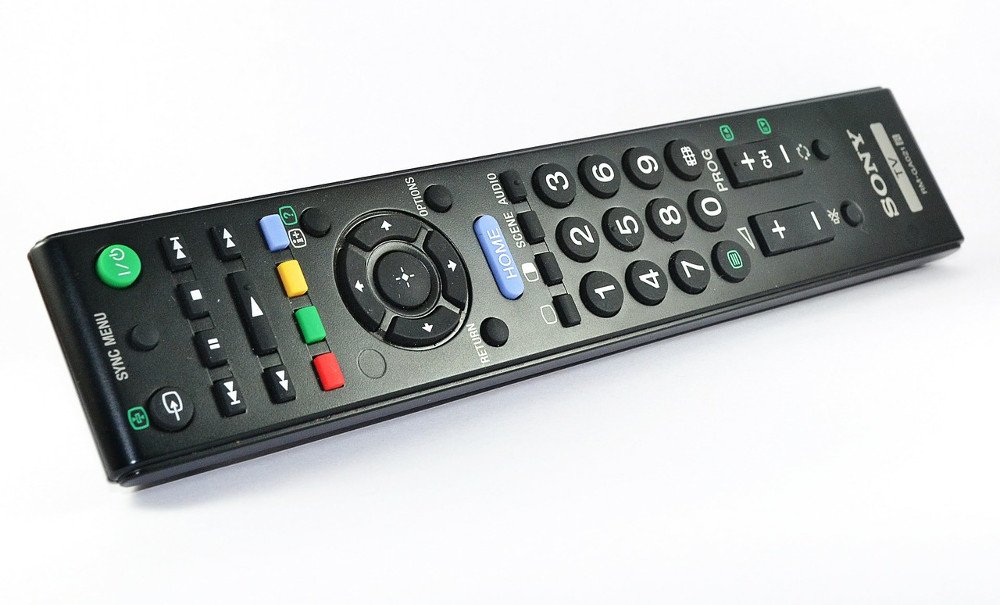 The current draw following a button-press on a TV remote is very small. (Photo Credit : Pixabay)

In a camera, however, the current draw is significantly higher; that’s why it is able to overcome the resistance of the oxide layer.

What does whacking the remote accomplish?

Slapping the remote does exactly what you might expect: it shakes the insides of the remote… and quite vigorously. In fact, there is a fancy name for this crude whacking of a remote (or any other device that works after taking a ‘beating’) – percussive maintenance.

Also colloquially referred to as “Ape Mechanics”, “Technical Tap”, “the Fonzarelli Fix” or “Emergency Repair Procedure #1″, percussive maintenance is just a clever way of saying “hitting a machine several times and seeing if that helps.”

People use percussive maintenance not just for malfunctioning remotes, but for scores of other devices too, including toasters, car batteries and even televisions, CPU cabinets, photocopiers etc. 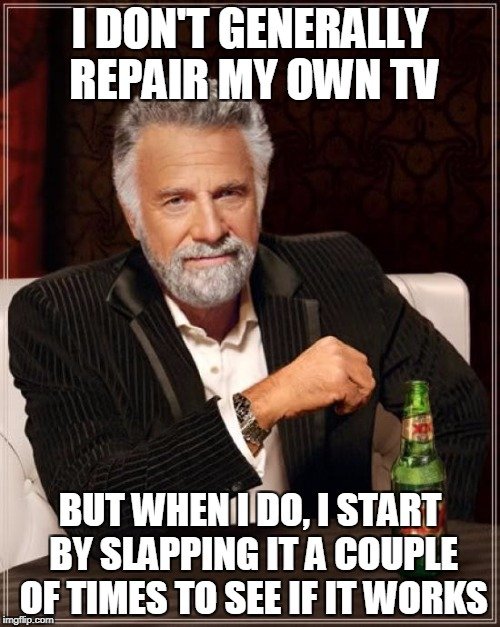 By slapping, whacking or vigorously shaking the remote, you essentially reposition the battery contacts ever so slightly. This may help achieve a better connection between the contacts and the terminals. (Pro tip: you can achieve better contact by rolling the batteries around in their lodgings, or simply taking them out and putting them back in.)

Also, whacking the remote shocks the springs against the battery terminals, which scratches the oxide layer, thereby reducing the resistance (offered by the oxide layer) and making the current flow through it again.