The sudden clarity in hearing after popping your ears is caused by the equalization of air pressure on either side of the eardrum. When the pressure is equalized, the eardrum is able to vibrate more freely, resulting in clearer hearing. However, the clarity does not last long because the brain quickly adjusts to the new level of hearing and everything starts to sound normal again.

The other day I was traveling by bus in a mountainous regions, so naturally, there were countless sharp turns and bends in the road. The elevation of the roads also varied a lot during the 5+ hour road trip. Throughout the trip, I experienced at least 9 or 10 episodes of ‘ear popping’. At first, I was consciously registering every pop, but then I got bored and lost interest. Nevertheless, I could still tell when my ears had popped. Can you guess how? 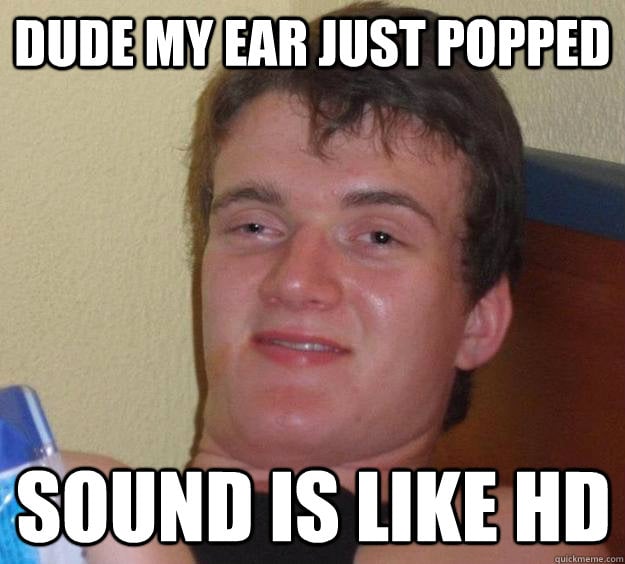 I’m sure that you’re no stranger to this situation; you may have also experienced such ‘ear clarity’ episodes after your ears pop and everything around you sounds incredibly clear. However, do you know what causes this sudden upgrade in our hearing abilities following an ear pop?

It gets more interesting, actually. You may have also observed that the sudden improvement following an ear-pop does not usually last for more than a few minutes. In other words, everything starts to sound normal again; that amazing clarity doesn’t stay around for long. Now, why is that?

Let’s start the discussion with why ears pop in the first place.

Why do ears pop?

We’re surrounded by a dense atmosphere, one that contains a number of gases, including nitrogen, oxygen and many others in smaller amounts. The atmosphere is quite heavy too; it’s heavy enough to crush all of humanity beneath it. 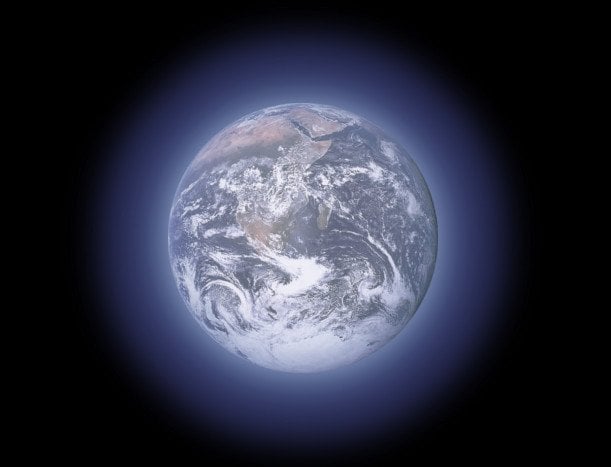 The atmosphere forms a thick sheath of gases around the planet.

Even so, you don’t hear about people getting crushed by the atmosphere because we, mankind, have evolved over the millennia in the constant presence of this thick soup of gases. More specifically, we have achieved a state of equilibrium between the pressure exerted on the body by the atmosphere and the pressure that the body exerts on the outside air.

The human ear consists of three parts: the outer, middle and inner ear. Sound waves are transmitted from the outer ear to the middle ear through a membrane that we call ‘the eardrum’. 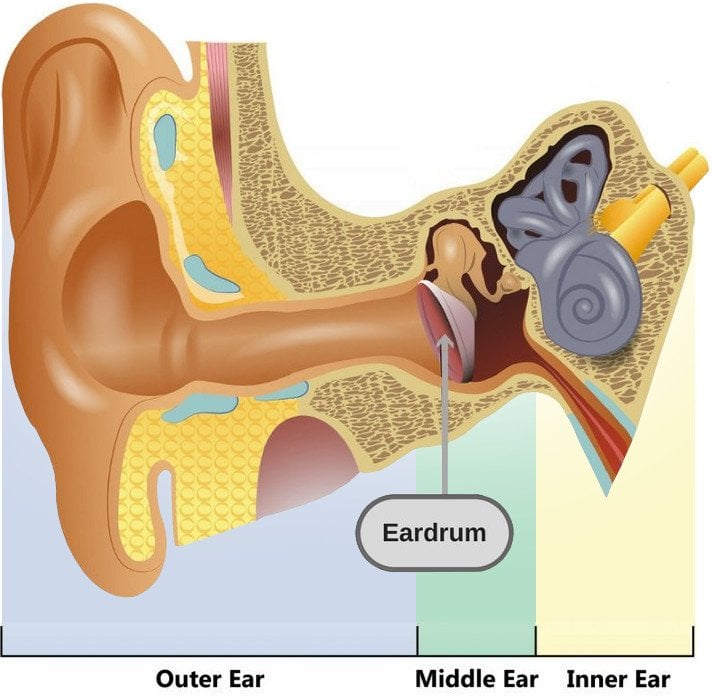 The human ear, from the inside. (Photo Credit : Pablofdezr / Shutterstock)

The thin eardrum acts as a barrier for liquids, but allows atmospheric reverberations to pass through. However, for the latter to occur, the air pressure on either side of the eardrum must be equalized. This is crucial for our sense of hearing to function.

Role of the Eustachian tube in ear popping When you’re sitting in a plane as it ascends, the air pressure gradually decreases. As a result of this, the air in your middle ear expands as the plane gains altitude, pushing its way back into the back of the nose and mouth. Similarly, as the plane descends, the volume of air in the middle ear shrinks and a slight vacuum is produced.

The Eustachian tube is designed to facilitate air escaping from the inner ear into the throat, which, in turn, equalizes the air pressure on either side of the eardrum. The pop that you hear is actually the sound of the pressure in your ear equalizing with the outside air.

The pop that you experience in your ear is due to a small air bubble that enters the middle ear up from the back of the nose and mouth.

Now, let me break down the entire process in simple words: there’s a thin membrane deep inside your ear (eardrum). On the inside of the drum is a tiny room. On its floor, there is a tunnel (the Eustachian tube or ET), which leads to the back of your throat. 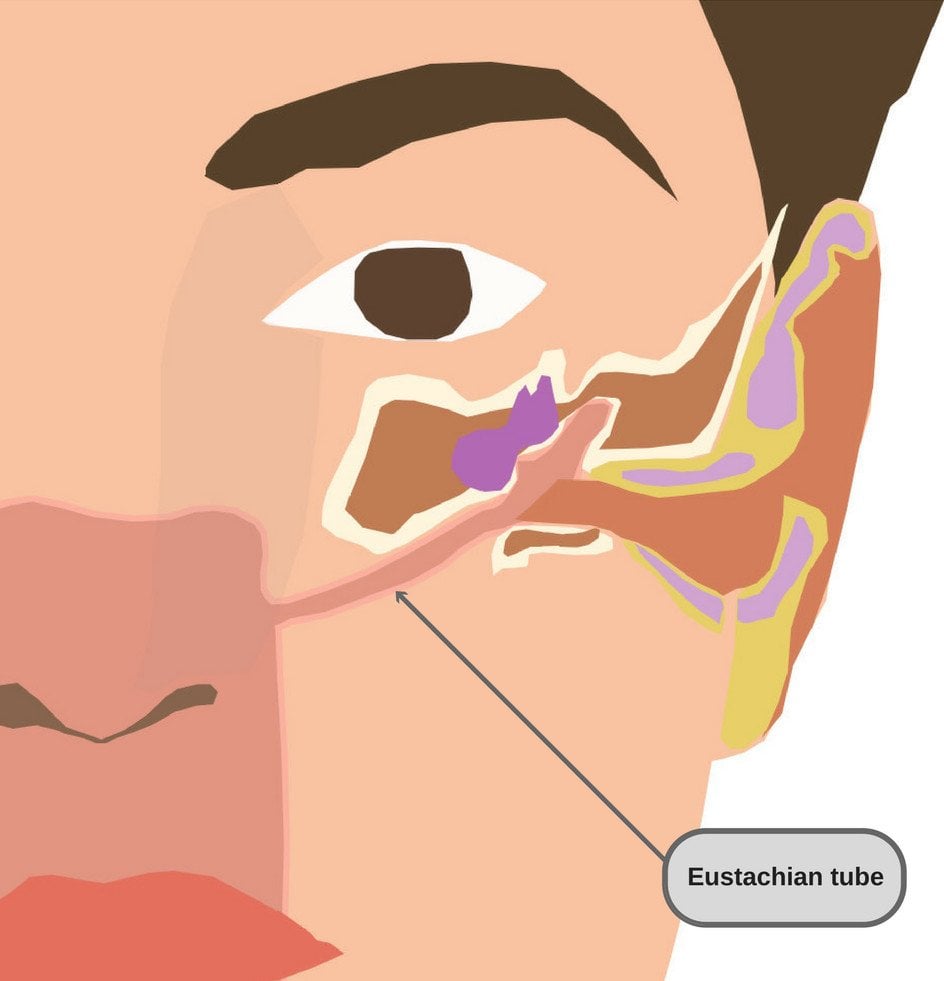 The Eustachian tube’s location in the throat.

Now, when you’re sick, the tunnel can swell and become blocked. The same thing might happen when you’re traveling in an airplane. Thus, air can’t pass through the tunnel, and as a result, a small vacuum forms. This vacuum does its thing and pulls the drum in, making it tighter than normal. Hence, the drum doesn’t work normally and all the sounds you hear seem dull. 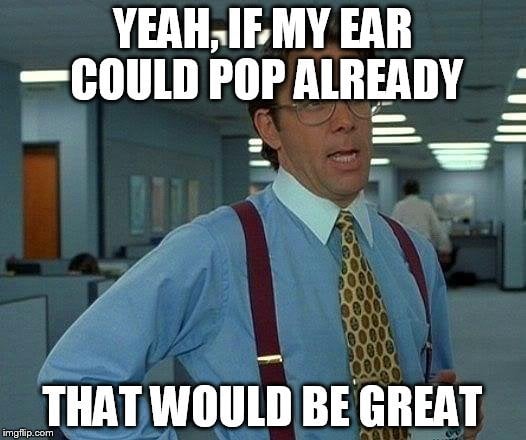 But when the underlying condition is fixed, i.e., when your sickness is cured, or you pop your ears purposefully, then air rushes into the tunnel. The air can come at a normal pace inside the tunnel, and you might not notice it. Or it can rush inside the tunnel, which is when you sense that characteristic pop inside your ear.

After the pop, as you know all too well, everything sounds insanely clear. Why doesn’t the clarity in hearing last longer?

Everything sounds unbelievably clear just after your ears pop, but that clarity doesn’t last for long. The reason is simple: the air pressure on either side of the eardrum gradually equalizes, and you slowly get used to that clarity of hearing. At that point, your brain doesn’t have to strain as much and everything sounds normal again.