If you’ve ever seen the footage of an artificial satellite’s orbit, this is what you would have seen: 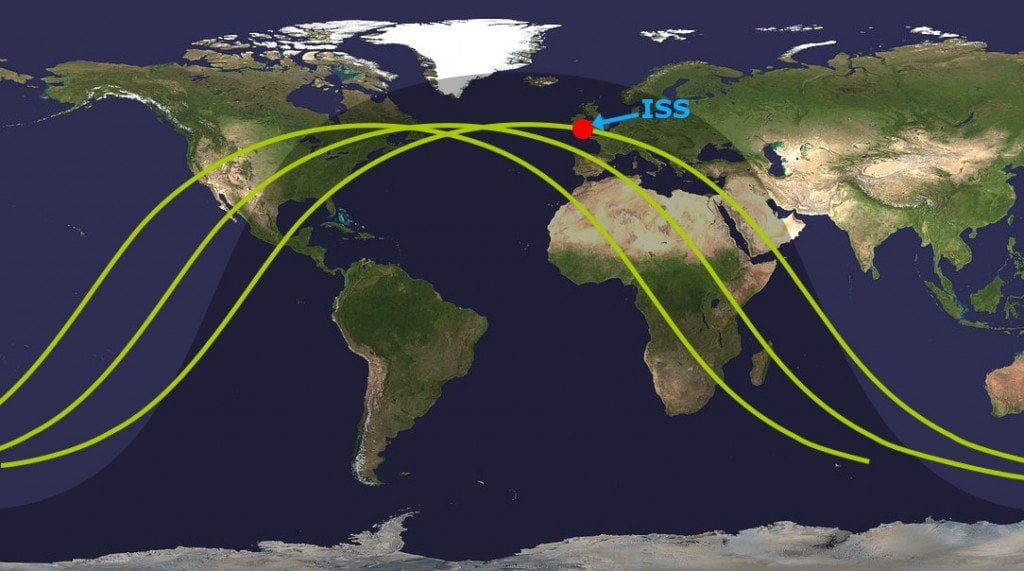 The yellow lines depict the path of the International Space Station

From the image given above, it’s evident that the satellite has a wave-like orbit, but doesn’t it look a bit unusual for a satellite’s path around Earth? It certainly doesn’t seem very efficient! The question is, do all artificial satellites, including the ISS, really have such wavy orbits when they circle Earth?

Why the ISS path appears like a wave on the map of the world?

Short answer: ISS, just like any other artificial satellite, follows an (almost) circular path around Earth. The reason its orbit looks like a wave is because the orbit is 3-dimensional in nature, but when it’s projected on a 2-D Mercator map of the world, it flattens and appears distorted, so it looks like a sinusoidal wave.

Although all artificial satellites trace a (nearly) circular path around the planet, in this article, we will only consider the ISS.

Every space enthusiast knows about the International Space Station – a habitable artificial satellite that acts as a manned space station in low Earth orbit and plays hosts to 5-6 astronauts at a time who conduct different kinds of scientific and technological research onboard. 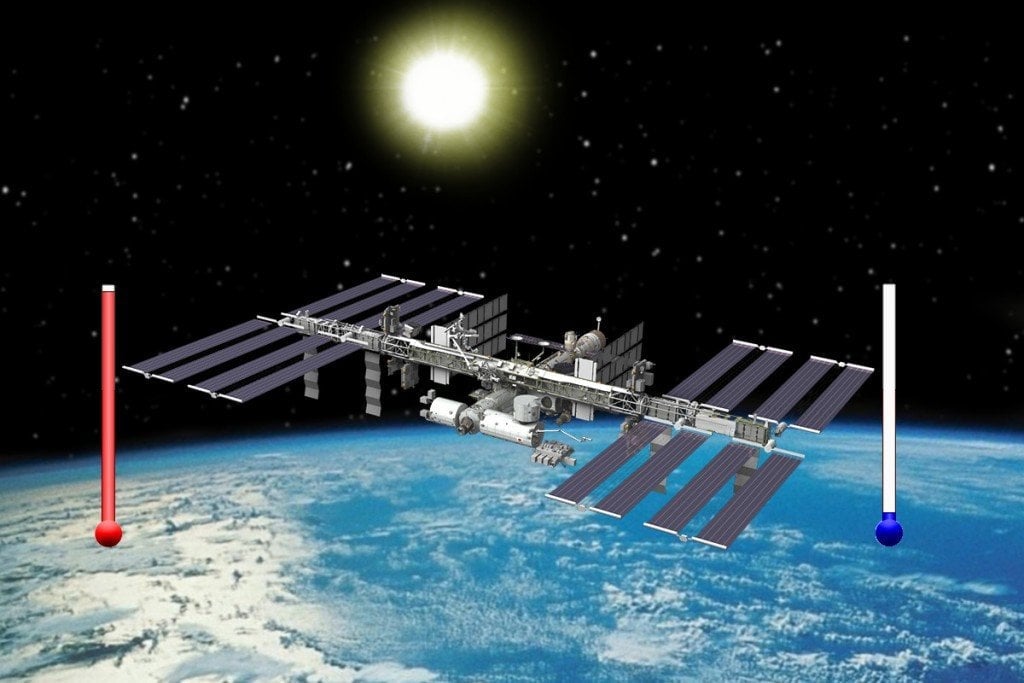 Just like any other artificial satellite, the ISS also circles Earth in a predefined path, called an orbit. The ISS’ orbit is located at an altitude above Earth where it still experiences a strong gravitational pull from Earth. Contrary to popular belief, it’s not ‘zero gravity’ up there… not by a long shot. In fact, the ISS experiences as much as 90% of the gravity that we experience back here on Earth. It’s perpetually falling towards the Earth, but thanks to its huge orbital speed (17,200 mph/27,6000 kmph) and Earth’s rotundity, it never actually hits the surface.

One noteworthy thing about the ISS orbit is that it doesn’t coincide with Earth’s equator. Whenever we talk about a satellite revolving around the Earth, we generally tend to visualize its orbit coinciding with the equator, but in reality, the ISS orbit looks more like this: 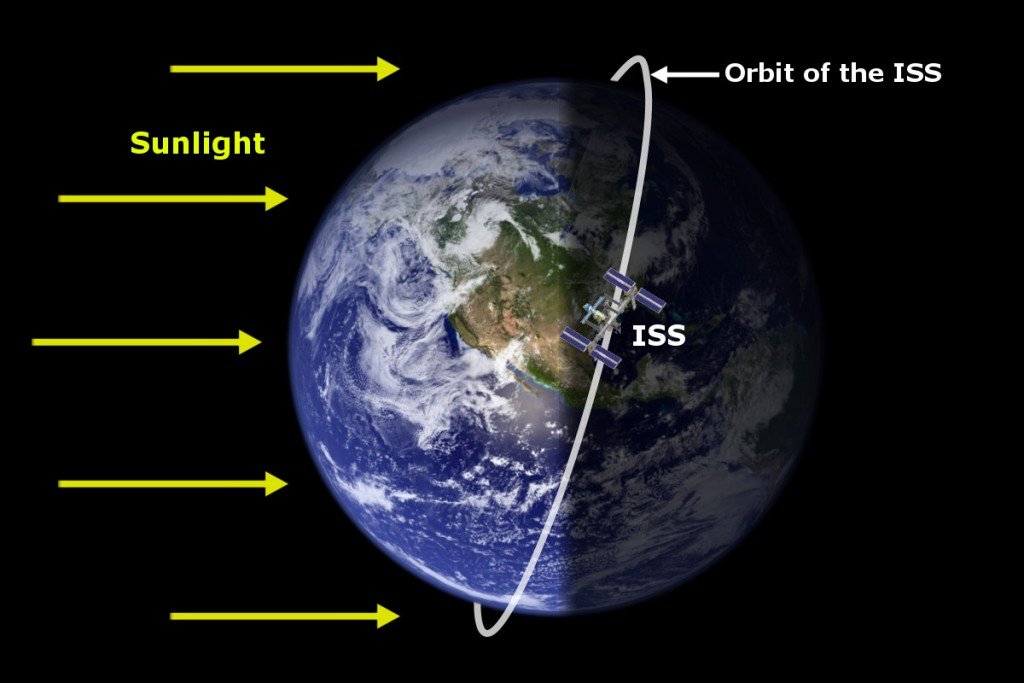 It’s evident from the picture above that the ISS follows a circular path around the planet. Still, when the same path is represented on the world map, it undergoes a drastic change to look like this: 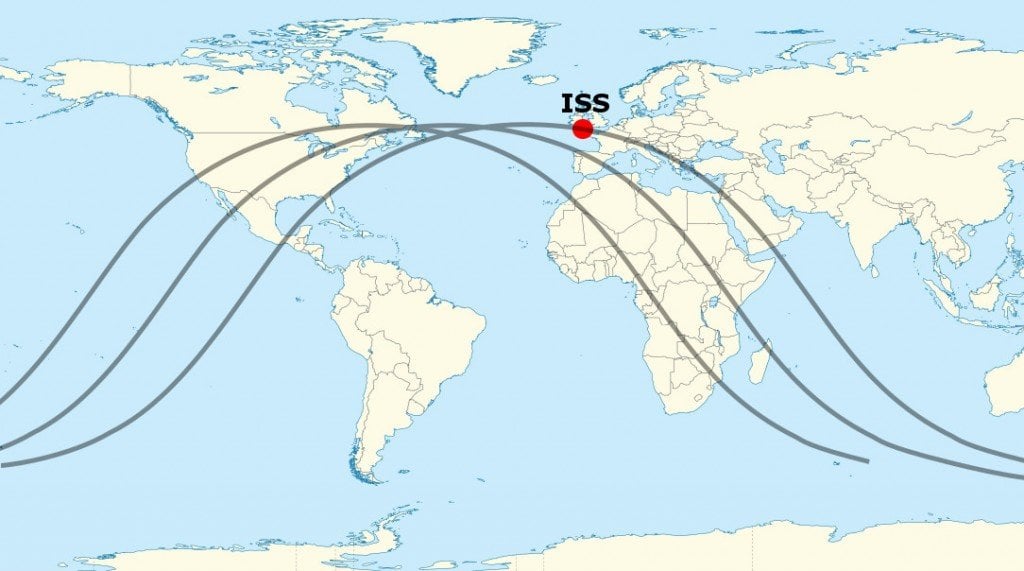 Why the dramatic change?

The maps that we saw in schools when we were kids, the maps shown on TV… basically (almost) every world map that we come across is wrong. 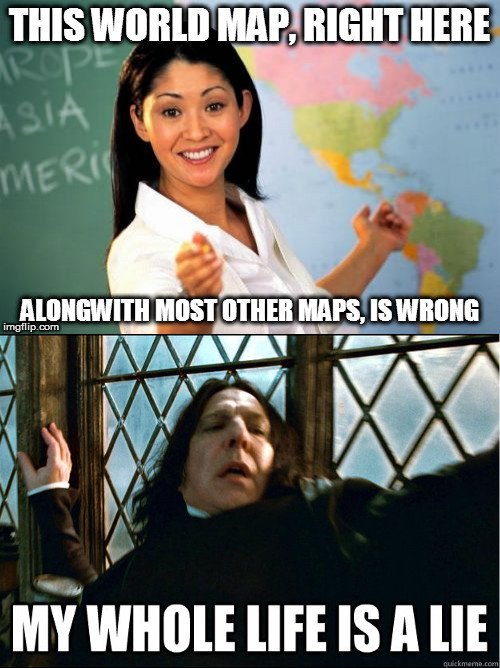 There’s actually a good reason behind that. You see, our planet is a 3D object, whereas maps are always 2-dimensional. In order for us to see and visualize the boundaries of countries and large land masses on the face of the Earth, we need a way to project all that 3-dimensional stuff onto a 2-dimensional piece of paper. That’s exactly what a Mercator map does. 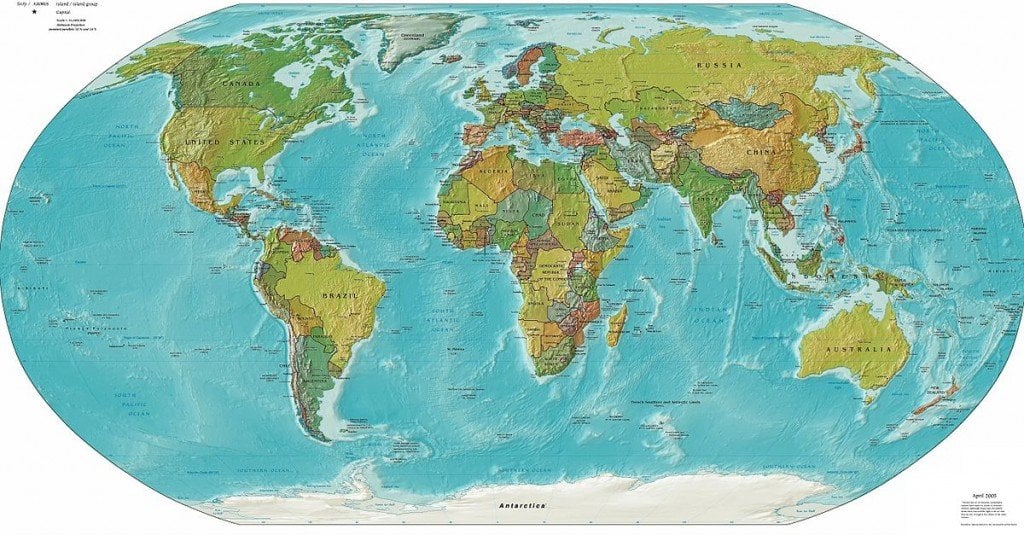 A Mercator projection of the world.

It nicely represents physical features and land masses of the world on a rectangular sheet of paper, where latitudes and longitudes are straight lines that intersect perpendicularly and the shapes of countries are well-defined. However, apart from causing certain problems when it comes to the relative sizes of countries, the Mercator projection also distorts the path of the ISS on the world map.

The ISS orbit looks wavy because its path is aligned with the equator of our planet on a 2-D world map (for our visual convenience).

Below is an animation that will help you visualize and understand this with more clarity:

If you represent the orbit of the ISS how it really is (i.e., circular) on a 2D map, then the equator would appear like a sinusoidal wave.

How much do you know about orbits of satellites?