Wind tunnel testing is an important part of automobile design, as it helps analyze airflow and improve a vehicle’s aerodynamic behavior.

Photos of fast cars sat in wind tunnels are an important part of advertising campaigns. Turns out, even though they make for top-order marketing material, wind tunnels were not originally designed for cars. Instead, they were devised for man’s obsession (at that time) with all things flying. 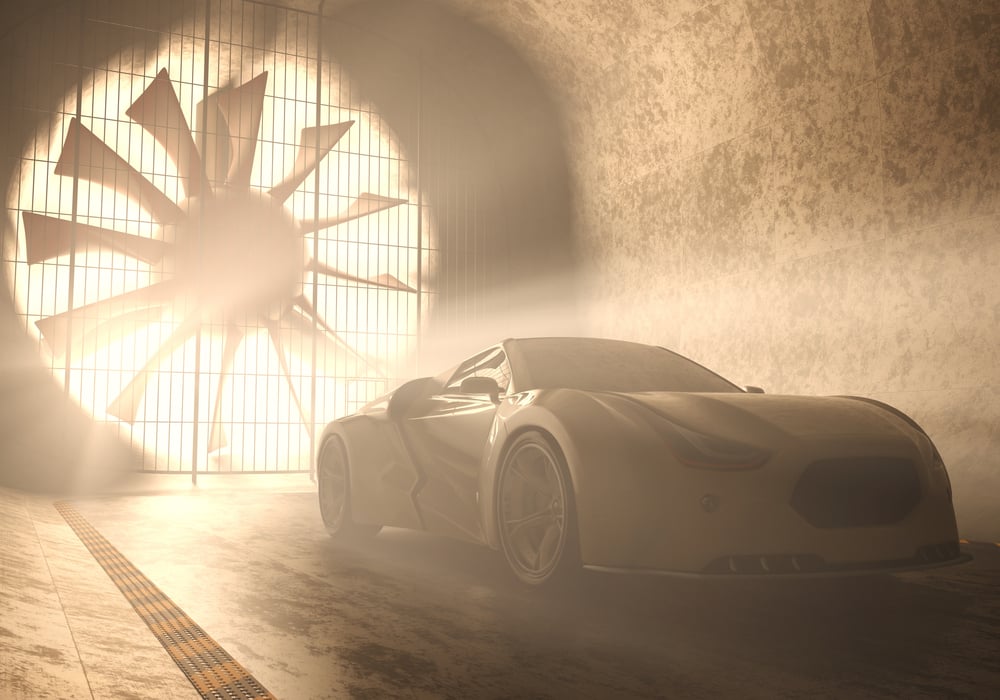 From crude origins at the mouths of caves, to highly computerized tunnels with regulated airflow, wind tunnels have indeed come a long way.

Construction of a wind tunnel

What is generally seen of wind tunnels? An object sat in the middle of a billowing airstream; however, this is just a small part of the whole establishment. A wind tunnel comprises machines and contraptions that accelerate air to generate a constant, regulated stream of airflow. 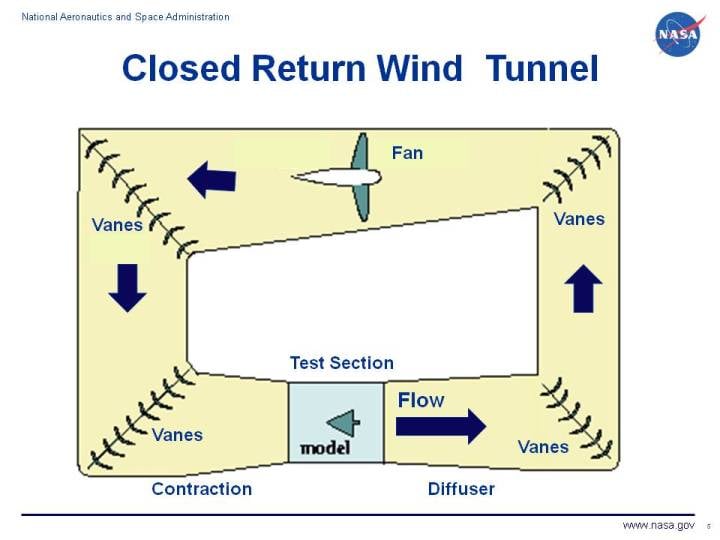 Wind tunnels simulate various airflow conditions, all under a single roof, without physically moving test objects. This way, concepts can be tested in a controlled environment, without incurring real-time testing risks. Due to this, this process is integral to many industries where airflow around an object affects its design.

Why are cars tested in wind tunnels?

A car in motion is acted upon by various external forces that impede its motion in some way or the other. Take, for example, the weight of the passengers and luggage. Or think about the friction acting on the tires, to keep the car from slipping around. One often overlooked force is that of aerodynamic drag—the resistance provided by air against the car’s motion.

Forces acting on a car due to airflow (Photo Credit : VectorMine/Shutterstock)

Greater forces working on a car mean more work being done by the engine (or motor) to overcome them. This increases fuel consumption (or battery depletion) adding to running costs. Like drag, another detrimental force acting on a car is lift. Much like airflow under an aircraft’s wing, life can cause cars to lift off the ground too. Cars are obviously not equipped with the ability to sustain flight, leading to disastrous consequences.

Airflow affects cars in various other ways that are significant to drivability. It creates noise, which adversely affects human comfort, while the crossflow of air can bring about lateral instability. It also directs heat away from critical components, like the engine and brakes, which is essential for them to operate efficiently. Thus, testing cars in wind tunnels gives real-time data on how their designs perform in these varied scenarios.

All cars must undergo some form of wind tunnel testing in their developmental stages. The relevance of various parameters for a given type of car varies with its intended purpose.

A sports car attaches great importance to the impact of airflow on performance and handling-related parameters. However, wind noise would not be critical to a sports car’s performance, as drivers are equipped with additional gear to handle this. 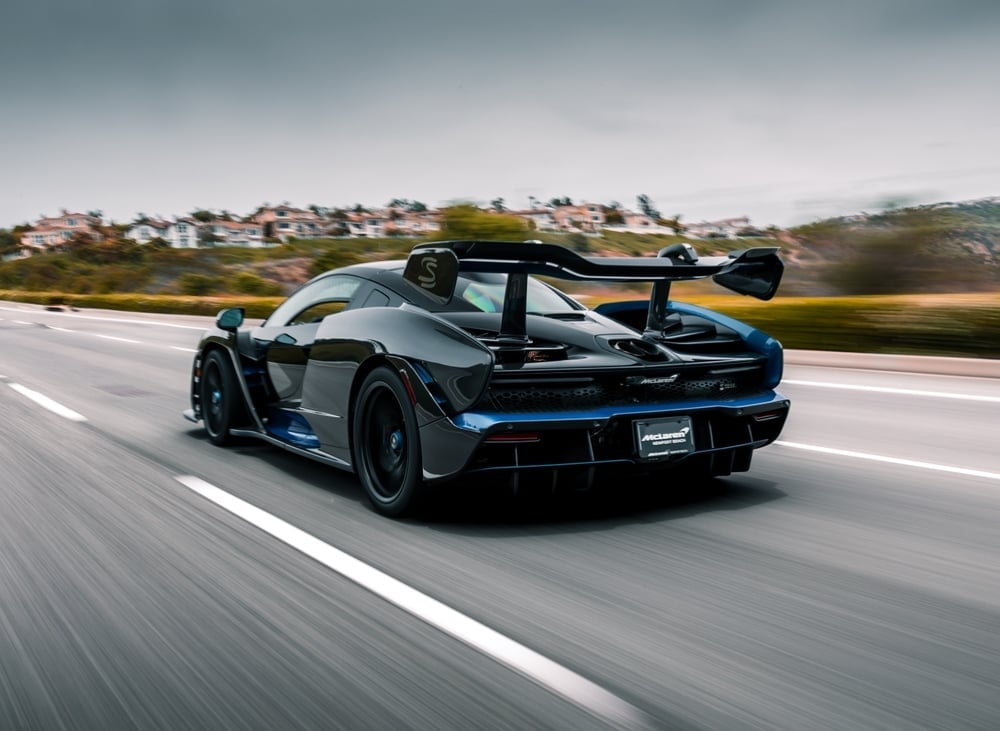 Thus, airflow for sports cars is generally optimized for higher performance and handling. The result of wind tunnel testing also influences the shape and size of various components, such as airflow spoilers and diffusers, to maximize their downforce. This is essential for keeping them stably planted to the ground.

When compared to a sports car, the aerodynamic requirements of a commuter car are quite different. These are instead focused on daily driving, at relatively lower speeds and more silent acoustics for user comfort. Simultaneously, optimal engine and brake cooling are desirable, without depending on secondary equipment (bigger radiators, or brake discs for larger areas). 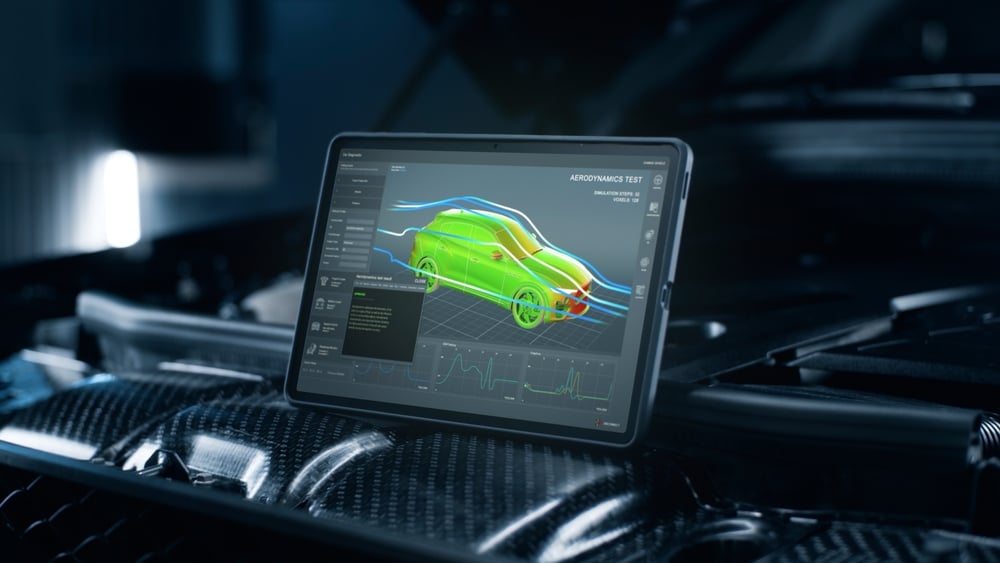 Wind tunnel testing is an important part of designing commuter cars, as they have to be optimized on all fronts of airflow impact (Photo Credit : Frame Stock Footage/Shutterstock)

Wind tunnel testing of commuter cars can be quite extensive and complicated, as airflow must be optimized on all counts, without compromising the brand’s design characteristics.

The boxy designs of jeeps and off-road vehicles scream anything but aerodynamic. This is because their intended use is negotiating hard terrain, and manipulating airflow is not critical to their function.

A note on heavy vehicles

Wind tunnel testing is an important part of designing heavy vehicles, such as trucks. They must travel long distances with heavy loads, due to which their fuel consumption is affected. Reducing a truck’s resistance to airflow, or aerodynamic drag, can help improve their fuel efficiency, and consequently their range, while significantly reducing operating costs.

How are wind tunnel tests carried out?

The simple act of placing an object in an airstream is exactly how wind tunnel tests are carried out. Manufacturers place a full-sized or scaled down model of their design on a test bed, subjecting it to clean, laminar airflow.
The test bed and the subject are mapped with various sensors to measure the various forces acting on it. Since airflow is invisible to the naked eye, wind tunnel operators and design engineers rely on various visual cues for analyzing the impact of airflow on the vehicle. 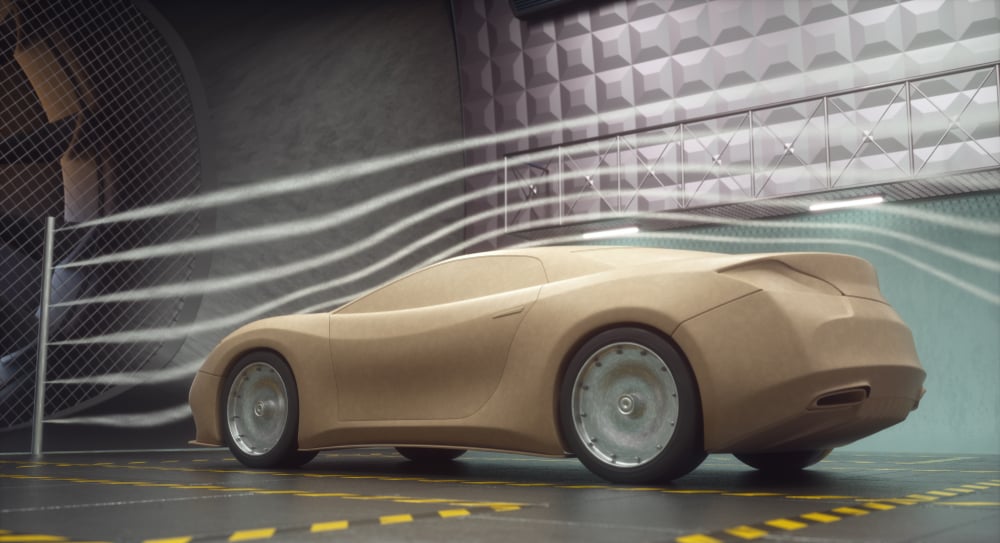 Wind tunnel engineers use visual cues, such as smoke and amorphous powders, to determine airflow around a car’s profile (Photo Credit : ktsdesign/Shutterstock)

These visual cues can be both qualitative and quantitative. Smoke is amongst the most commonly used visual indicator in wind tunnels, forming visible streaks along the car’s body. Other visual aids include oils and amorphous powders, such as talc, which can help determine the zones in which airflow is laminar or turbulent.

Quantitative analysis is heavily dependent on sensors planted at various points on the test bed and the test subject. Apart from visual indications, designers use data collected from embedded sensors, which are later compared with results generated from software.

Rapid advancements in simulation technology may cast doubt on the ongoing relevance of wind tunnel tests. After all, wind tunnels are expensive to construct and use! 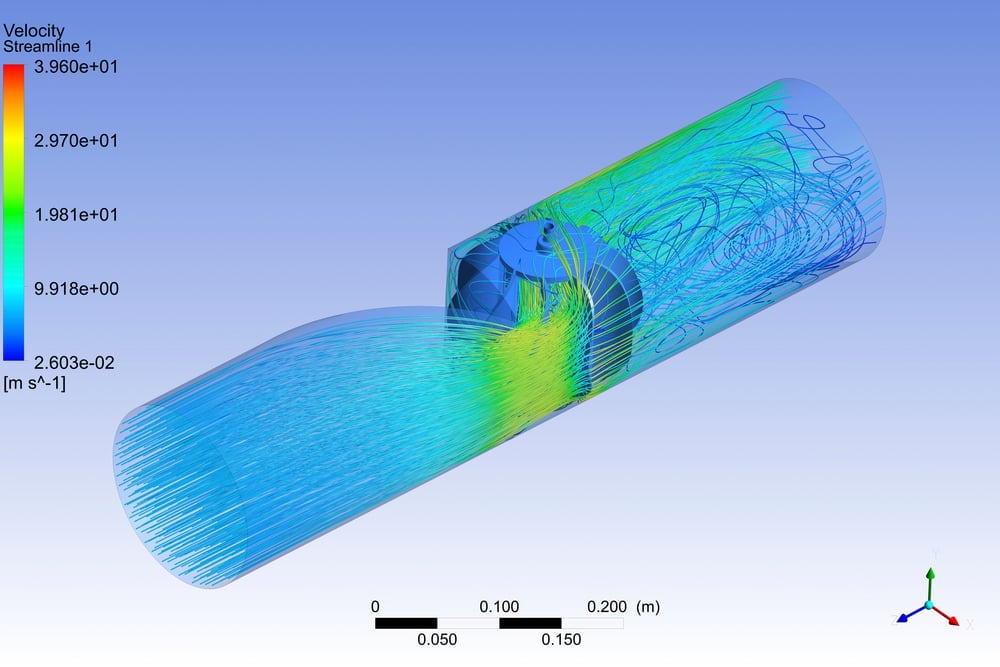 Software is used to corroborate or conflict with data from wind tunnels, rather than completely replace them (Photo Credit : Shishir Gautam/Shutterstock)

However, manufacturers do not rely exclusively on simulation data. Wind tunnel testing gives a real-life feel of how air will flow around a given design. At the same time, it can corroborate or conflict with findings from simulations, further helping to refine the design. Thus, the importance of wind tunnels in the automotive industry can hardly be questioned, let alone eliminated.