No, Napoleon wasn’t really short. He measured 5 ft and 6 inches in today’s measuring system. This confusion was because of different measuring systems in France and Britain.

Napoleon Bonaparte, one of the most influential emperors of the 19th century raised Europe to great heights. He played a crucial role in reforming France’s government as well as reshaping the image of France through the world. History remembers Napoleon and his actions through many lenses. But most people probably remember him as that short, angry French Emperor.

This angry, short image of Napoleon has been used to describe a personality complex. This ‘Napoleon Complex’ which means an inferiority complex due to an individual’s short height making them overcompensate in other areas of life, aggressively. We’ve made countless jokes about Napoleon and his tinyness. But have you wondered how tall Napoleon was, in numbers?

Was Napoleon really that short? 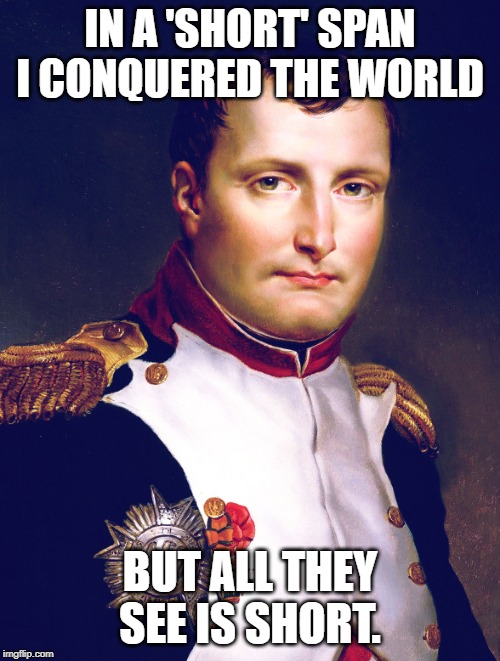 Napoleon had many military achievements, yet he is remembered for his height.

Napoleon Bonaparte was born in 1769 in Corsica, France and was the fourth child to Carlo Bonaparte, an Italian statesman and Maria Ramolino. His father was an active participant in French politics, even serving as a representative of Corsica in the last king of France, Louis XVI’s court. Naturally, Napoleon entered the military academy where his formal training for military life began.

Infact Napoleon was taller than King Louis XVI who was 1.65m or 5 ft 4 inches, Napoleon being 1.69m. King Louis compensated his height by wearing heels and Napoleon by conquering the world as the psychologists call it the ‘Napoleon Complex’.

French revolution and rise of Napoleon

Napoleon rose to power during the French Revolution which took place between 1787 and 1799 as a military leader. He was ambitious and a cunning strategist, he was a part of the coup of 18 which overthrew the Directory, making Napoleon the first consul of the 3 member Consulate. In 1804 he crowned himself the Emperor of France, his reign lasted till 1814.

As Emperor, Napoleon set out to reform France. One of his most noteworthy accomplishments was the ‘Napoleonic Code’. Prior to this code, the legal system of France was muddy. This much-debated civil code helped to bring about uniformity in the legal affairs of France. This Napoleonic Code is the basis of the French civil law to date. 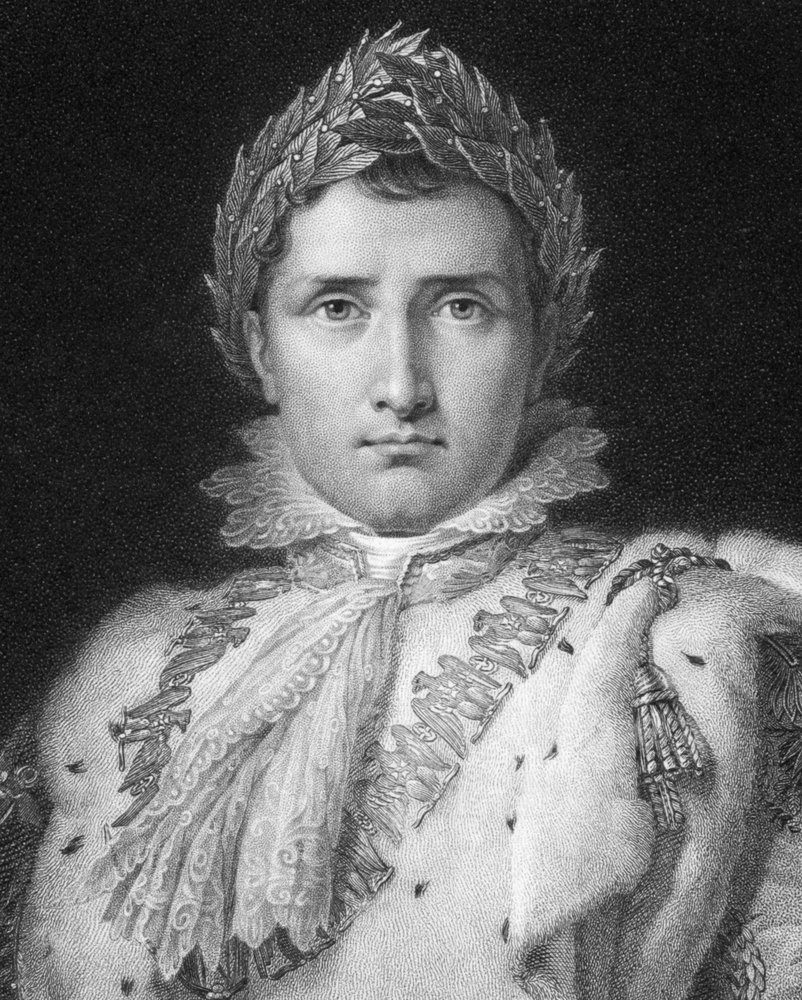 Napoleon’s downfall began after the Battle of the Nations (1813) that involved Prussian, Austrian, Swedish and Russian troops allied to overthrow Napoleon. They didn’t like Napoleon’s expansionist military strategy and viewed his reign as a threat to their respective monarchies.

Napoleon was forced to abdicate from the throne and sent off to the Mediterranean Coast as exile. In less than a year Napoleon escaped the island, reaching France and started the Hundred Days campaign.

What goes around comes back around. Napoleon had always eyed Britain, and this time around was set on invading it. In 1803 Napoleon began a campaign against Britain, igniting enmity between the two countries. Britain got its revenge on Napoleon when he lost the Battle of Waterloo in 1815 in Brussels. This defeat was the final blow to Napoleon, leading to his exile to Saint Helena, a small island occupied by the United Kingdom, where he spent the rest of his days and eventually died in 1821.

Why is it that even after Napoleon made a mark in the world is he widely remembered as a short-statured man? Is it true that Napoleon was only 5ft 2 inches?

No. This rumour started when Napoleon was nicknamed as “le petit caporal” which was just a term of endearment and actually not a remark on his height. Napoleon usually surrounded himself with tall Frenchmen as a military tactic and as a result, appeared short. The Imperial Guard Units had a mandatory height requirement, thus the French military comprised of tall men. This belief stems from the returning soldier effect, a belief that taller soldiers are healthier and more able to fight battles. These tall soldiers made him look short.

Napoleon’s height was recorded as 5 ft 2 inches by the French metrics but was actually 5 ft and 6 inches by today’s scales. That might not be tall, but it isn’t short either. So, what led to this confusion? 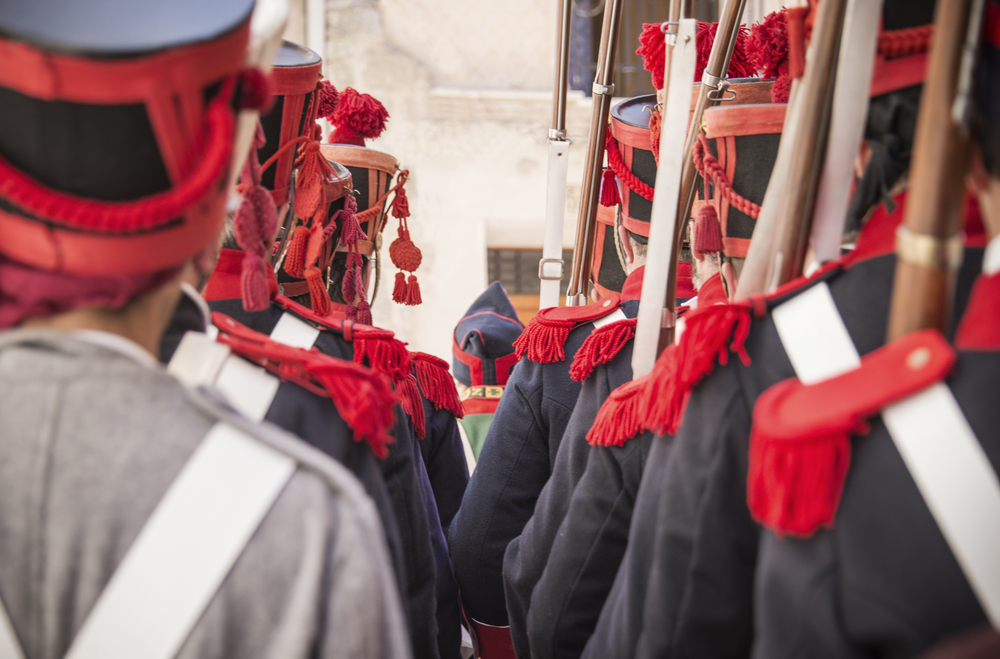 The confusion of the metrics in France and Britain

Until the 17th century, Europe was governed with traditional metric systems of each country. This lack of uniformity resulted in confusion not only limited to Napoleon’s stature. The rail companies would use different measurements of screw threads while maintaining the engines. Europe was in dire need of standardisation. The metric system was officially introduced in France in 1799 as a way to standardise measurements. Napoleon aided this new change and introduced ‘mesures usuelles’ which rounded off one metric pound to 500g instead of 489.5g (King’s pound).

However, the British did not welcome this change, initially due to their apathy but most importantly the enmity between France and England, especially due to Napoleon. They were still working with inch, pound and gallon whereas the other countries started adopting meters and kilograms.

It was only after the Second World War in 1960 that the International System of Units (SI) was introduced which began the process of standardizing measurement systems across the world. This finally brought an end to the confusion.

This means that Napoleon might not have been the tallest man of his time but he was certainly not short or petite. His height was average in France but being an Emperor poised to expand France’s influence, Napoleon had a few enemies who weren’t happy with his conquest. This brings us to the next point.

James Gillray, a British caricaturist, created a miniature caricature of Napoleon wearing a hat as huge as the furniture around and throwing tantrums. The British popularised this caricature despite Napoleon’s letters to bring it to an end. Since the British disliked Napoleon due to his apparent invincibility and invasion of Britain, they used this caricature to spoil his reputation and the British press continued publishing it. At the time of his death Napoleon said Gillray ‘did more than all the armies of Europe to bring me down’. 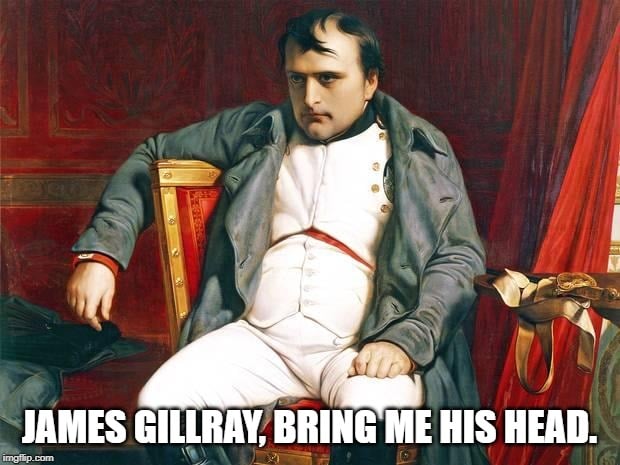 Britain wasn’t fond of Napoleon because of his expanstionist tendencies.

Napoleon is a complex figure in history. Like many great leaders, his image has been marred and distorted to fit the current zeitgeist in which we live. The controversy over his height or lack thereof shows us how certain historical facts can overshadow our perception of a historical person.

Whether you agree or disagree with Napoleon’s political stratagems or, like or dislike him as a leader, it doesn’t change the fact that Napoleon wasn’t short. Whether he was afflicted from the Napoleon complex is a debate we’ll leave to the psychologists.