Yes, but not quite in the way you’d imagine. Scientists have found that a gene called Arc behaves much like a virus. They have observed that Arc proteins assemble into a shape that looks like a virus capsid, and inside this capsid is Arc mRNA. This is similar to how a virus replicates inside hosts. This gene is important for learning and memory.

What do your computer and your brain have in common? Well, they can both do math and might contain a virus.

People are captivated by the power of the brain and the mysteries surrounding it. Movies and series like Matilda and The Mentalist are prime examples of our cultural fascination. It’s no wonder when you realize that “the only organ capable of naming itself is the brain,” as remarked by Lex Fridman, an MIT researcher. A lot of how the brain works is still a mystery to us, including how brain cells (called “neurons”) talk to each other. However, in 2018, two groups of scientists got us even closer to explaining this puzzle.

They believe that viruses are dictating our lives.

What Do We Have To Do With Viruses?

If you were ever jealous of The X-Men, you’ll be excited to know that your genome is not entirely human. In fact, it is said that at least 8% of our genome comes from ancient viruses, and this percentage could even be as high as 40%.

Who knew that your genome had so many bits of ancient DNA floating around? Well, researchers have known for a while, but a shocking discovery recently found that some of these genes actually act like viruses inside you.

Before we jump into this, let’s do a quick overview of what we know about how neurons work.

How A Neuron Works

A neuron broadly has three parts—a cell body, an axon, and dendrites. One neuron’s axon terminal ‘talks’ to the dendrite of another neuron through a juncture called a synapse. Another article on this website explains in detail about neurons and synapses.

However, for our purposes, what is crucial to know is that these synapses ensure that the messages from one neuron properly get passed to the next neuron.

This connection is very dynamic. Based on several factors, including life experiences, the synaptic connection can become stronger or weaker.

The more you practice playing guitar, the stronger the neuron connections responsible for that activity become. Similarly, if you don’t keep going over your chord progressions, after some time, the appropriate connections become weaker and you forget.

This ability to adapt to changing conditions is called synaptic plasticity. It is what helps us learn and form memories.

How this synaptic plasticity should function is dictated by our genes. A particular gene called Arc is considered the master regulator of this process. Arc (activity-regulated cytoskeletal-associated protein) proteins are involved in the formation of long-term memory.

So what does this have to do with viruses? When two groups of scientists were investigating the Arc gene in mice and flies, they found that the genetic sequence is very similar to another gene, called gag, which is present in viruses like HIV. For the record, humans have 100 gag-like genes!

However, the most riveting part of this gene is yet to come.

How Does Arc Work?

When a neuron gets activated, Arc goes into action. It produces its own mRNA and proteins that are required for synaptic plasticity. Surprisingly, the researchers found that some Arc proteins clumped together inside the cell and started acting like a virus.

Just to refresh your memory on two fundamentals… 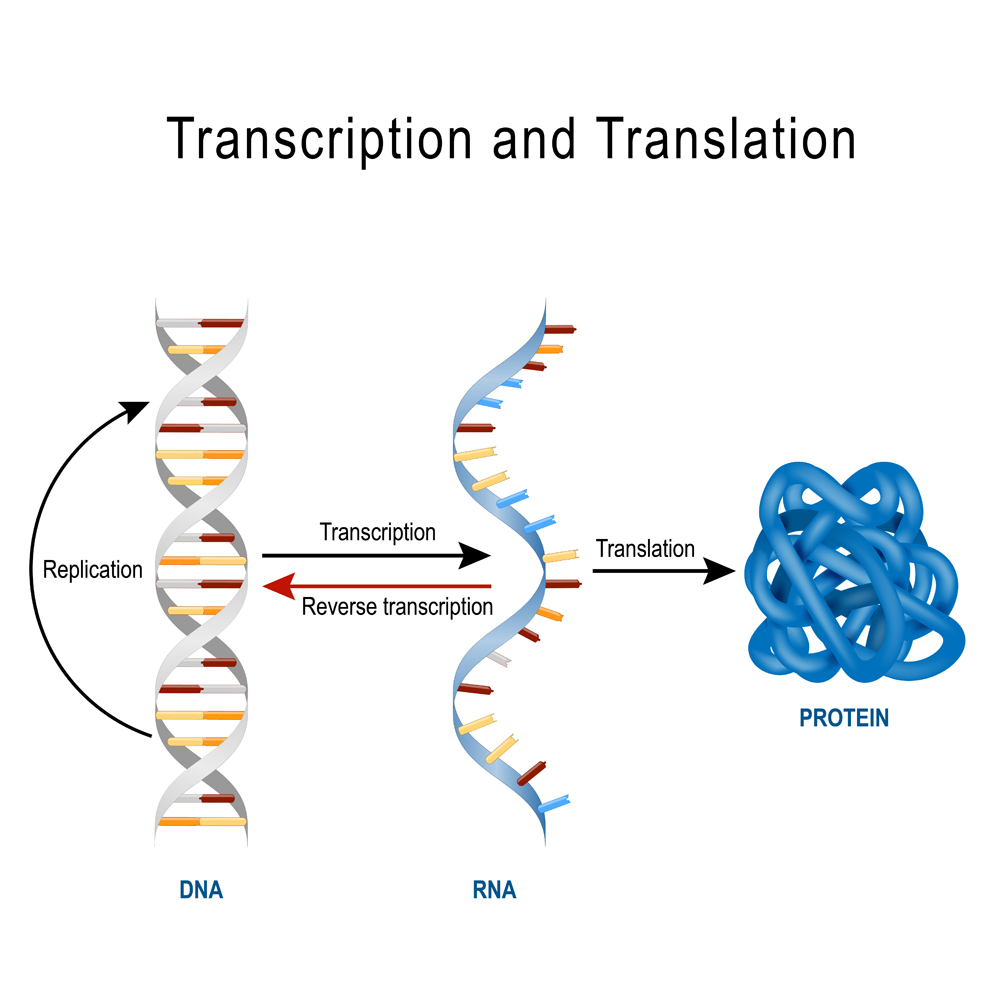 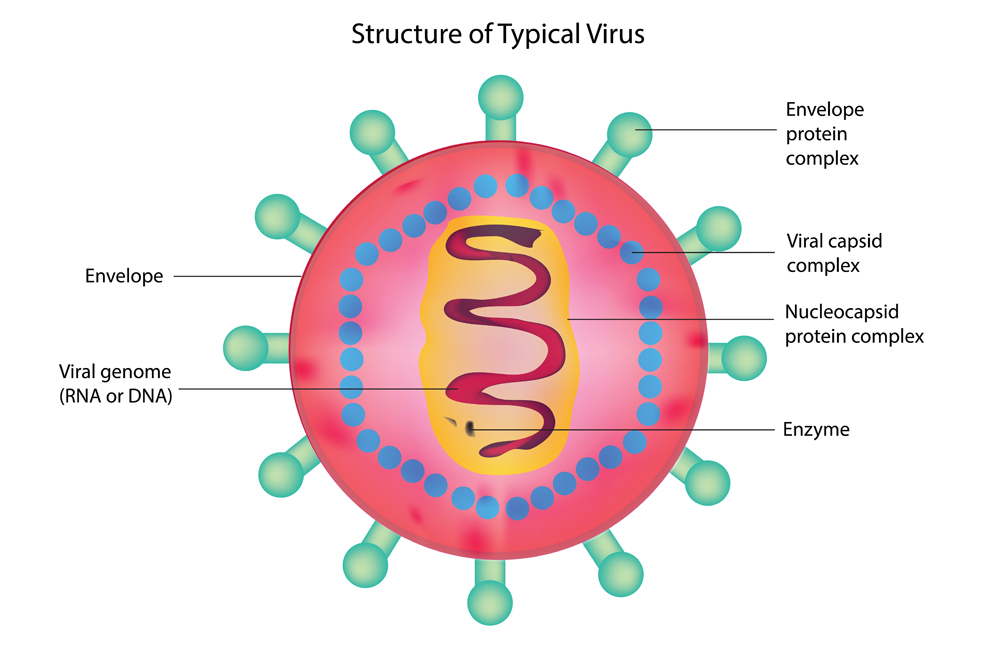 Dr. Shepherd and his colleagues found that this virus-like capsid contained Arc mRNA that was then released outside of the neuron as an extracellular vesicle  (structures used to transport materials and aid in intercellular communication). It then travels to its neighbor to release mRNA into the cell, where that gets translated into making more Arc proteins.

This discovery is amazing, as no other non-viral particles are known to transport mRNA between two cells like this.

The scientists tested this further by making mouse neurons without the Arc gene. They then put viral-like capsids containing Arc mRNA and found that these Arc-less neurons took up the Arc mRNA and started making their own Arc protein.

Another group of scientists from the University of Massachusetts Medical school also demonstrated this intercellular communication by Arc in flies.

The capsid can also contain other types of RNA and proteins that are not entirely known, but are needed for synaptic plasticity.

What Does It All Mean?

Arc proteins help with forming long-term memories. This gene has been implicated in several neurological disorders, such as Alzheimer’s disease and Fragile X syndrome. Flies that lacked the Arc gene, a study showed, also had fewer neuron-muscle connections. Therefore, knowing how Arc works is not only necessary for our basic understanding, but is also crucial for developing therapies. 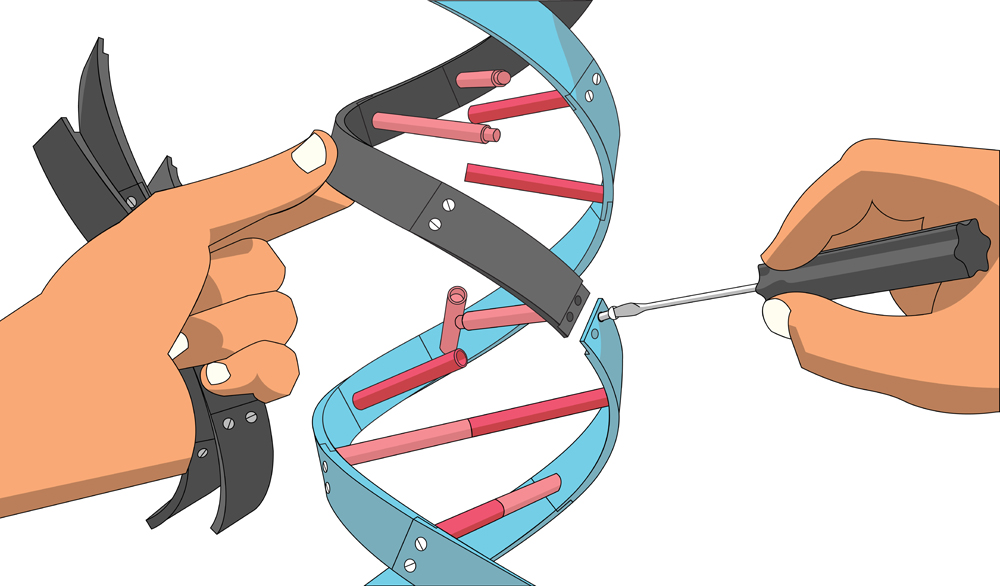 This mechanism can also be used for transporting other genes or drugs that cannot be easily given, as pointed out by Dr. Shepherd. Researchers already use the virus system to introduce new genes (genetic engineering), but our immune system attacks these cells. Dr. Shepherd suggests that “because the Arc protein is native to the human body, clinicians may be able to use Arc capsids to deliver genes for gene therapy without triggering an immune response.”

To think that we might be cooler than X-men is an amazing feeling!

Also Read: Where Did Viruses Come From?

Not only do we have genes that come from ancient viruses, but they actually act like viruses too. That said, we still have a load of unanswered questions, like whether there are any other genes that act like Arc, and what exactly happens after it delivers its contents?

Nevertheless, what we do know is that Arc proteins help us learn, so perhaps it’s time to start using it to learn more about it!