Oxygen is supplied onboard a submarine through pressurized tanks or an oxygen generator, while drinking water is obtained by desalinating seawater.

Living in a metal tube hundreds of feet below the surface of the water in an ocean, away from all the hustle and bustle of life on Earth, surrounded by nothing but water and an eerie silence – all of this sounds like the perfect recipe for an exciting and adventurous trip. In fact, that is just a brief rundown of what life in a submarine is like.

A submarine, as you may already know, is a special ship designed to operate independently (i.e. without any external support) underwater for days on end. The most notable thing about all of this is that a submarine “stays underwater for days”, which leads to a natural question… if a submarine is constantly surrounded by nothing but water, how does it have enough drinking water for its crew members? Even more importantly, how do the crew members get breathable oxygen, the most crucial requirement for the sustenance of human life?

Short answer: oxygen is supplied onboard a submarine through pressurized tanks or an oxygen generator, while drinking water is obtained by desalinating seawater. 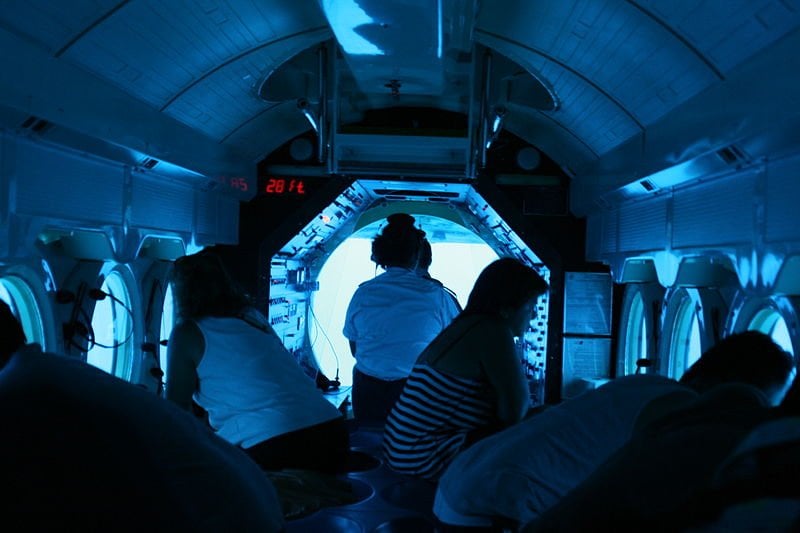 Submarines have become an integral part of navies from different nations all over the world due to their multi-faceted usefulness. One of the most common areas of application for submarines is the surveillance and defense of a country’s maritime borders. Manned submarines are deployed underwater along a nation’s coastal borders for reconnaissance and keeping a lookout for any suspicious activity in the waters.

This naturally calls for a number of ‘manned’ submarines to be deployed underwater. Typically, a submarine can support roughly 50-100 passengers (Source). So, what you need is a system in your submarine that can take care of the water needs of those passengers, maintain a comfortable temperature onboard, and most importantly, provide fresh, breathable air without interruption.

How does the crew of a submarine get drinking water onboard?

It’s not like the passengers have access to a municipal water supply like we do back in our homes, so they have to figure out a different and rather interesting way to get their hands on freshwater. The question is, how can they get freshwater in the middle of an ocean?

Think about it – what’s the one thing that submarines have no shortage of? 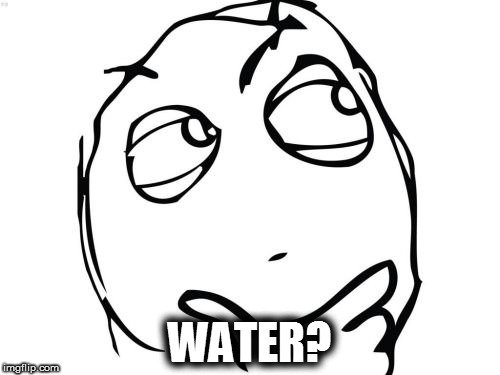 Precisely! They are submerged in water almost all the times for God’s sake! The only fly in the ointment is that the water they’re surrounded by is salinated, meaning that it tastes salty. Therefore, all they need to do is somehow remove the salt content from the water.

And that’s precisely what they do. Submarines have a distillation apparatus onboard that initially collects a given volume of seawater and heats it until it becomes water vapor. This desalinates (removes salt) from the seawater. Subsequently, the water vapor is allowed to cool and condense and voila! You have all the freshwater you require for taking care of the needs (drinking, personal hygiene and cooking) of the crew. Can you guess roughly how much water is typically obtained through this procedure in a single day? 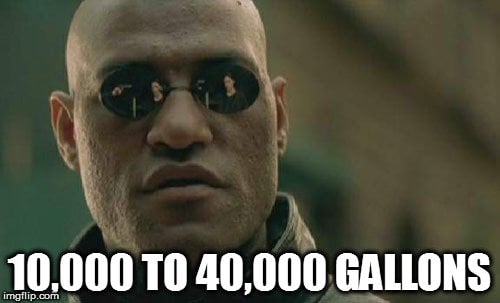 How does the crew get breathable air inside a submarine?

Oxygen onboard a submarine is released either through compressed tanks, an oxygen generator, or by some form of an ‘oxygen canister’ that works by electrolysis. Oxygen is either periodically released throughout the day at specific time intervals or whenever the computerized system detects a reduction in oxygen levels. 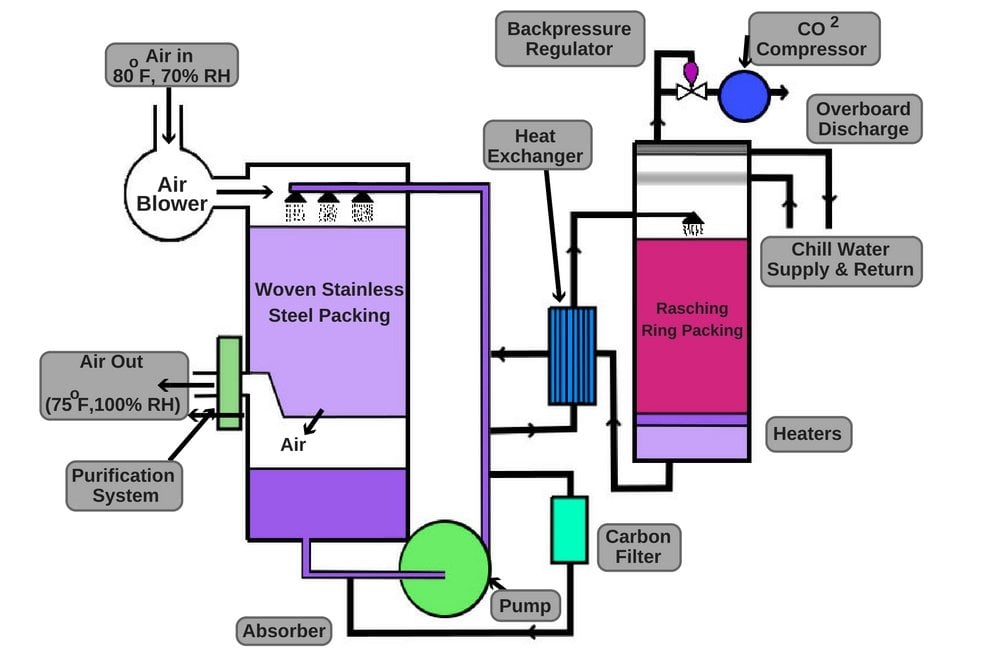 A basic representation of a scrubber’s components and mechanism

This is done with the help of soda lime in devices called ‘scrubbers’. Soda lime is a mixture of chemicals (sodium hydroxide and calcium hydroxide) that’s used to remove carbon dioxide from the atmosphere to prevent carbon dioxide poisoning. It’s commonly used in closed-breathing environments, such as rebreathers, recompression chambers and submarines. It captures the carbon dioxide released by the crew members and removes it from the air through chemical reactions.

Excess humidity is bad for the inside of a submarine, as it can condense on the walls and equipment. To tackle this, submarines consist of ‘dehumidifiers’ that prevent the buildup of humidity within the chamber as a result of breathing and perspiration.

All in all, the safety and comfort (as much as one can expect while underwater for days on end) of the passengers on a submarine are ensured, thanks to the sophisticated machinery onboard. Even so, staying locked up in a metal tube hundreds of feet underwater with no sunshine and unrelenting homesickness is a lot less exciting than it might seem.

How much do you know about breathable oxygen onboard submarines?

omCan you answer three questions based on the article you just read?