No, “100% Humidity” does not mean that air has become water. It means that the air is holding the most amount of water it can possibly hold at the given temperature.

A few days ago, a kid told me that he had been keenly observing weather reports on news channels lately, and in the process, realized that he was particularly interested in the concept of ‘humidity’. He mentioned that he had seen the term ‘air humidity’ mentioned countless times in weather reports, as well as on search engines whenever he ran a quick temperature check of his city.

If you really put your mind to it, that’s actually quite an interesting question. Weather reports almost always consist of numerous mentions of the term ‘air humidity’ or just ‘humidity’. It’s also expressed in percentages. For example, consider the following screenshot: 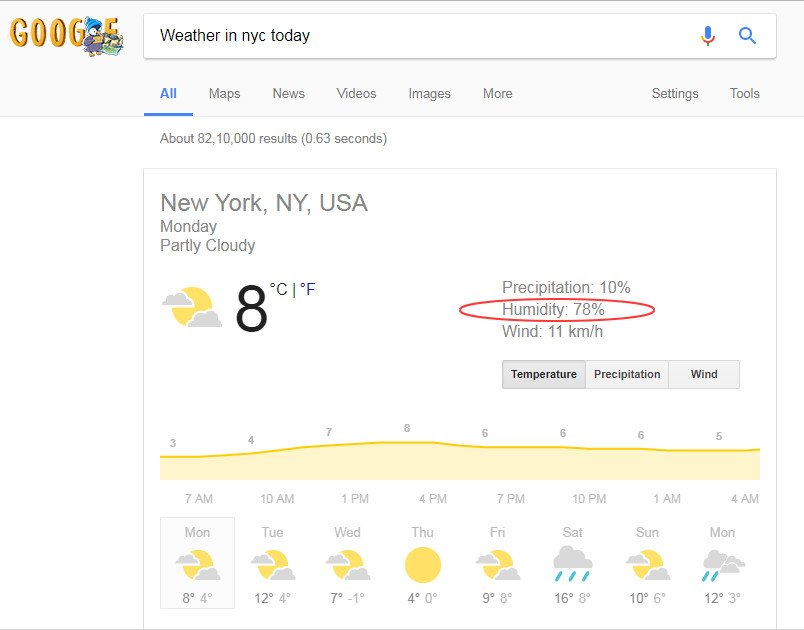 It shows the humidity in New York City to be 78%, but what exactly does that mean? If you have ever paid attention, you might have noticed that the humidity values are sometimes even 100%? What’s that all about? Does that mean the air has become water, and that people are basically breathing… water?

Humidity, in simple words, is the measure of how ‘wet’ the air is in a given place. More specifically, humidity is the amount of water vapor present in the air. Water vapor, as you well know, is the gaseous state of water, and is therefore not visible to the naked eye. 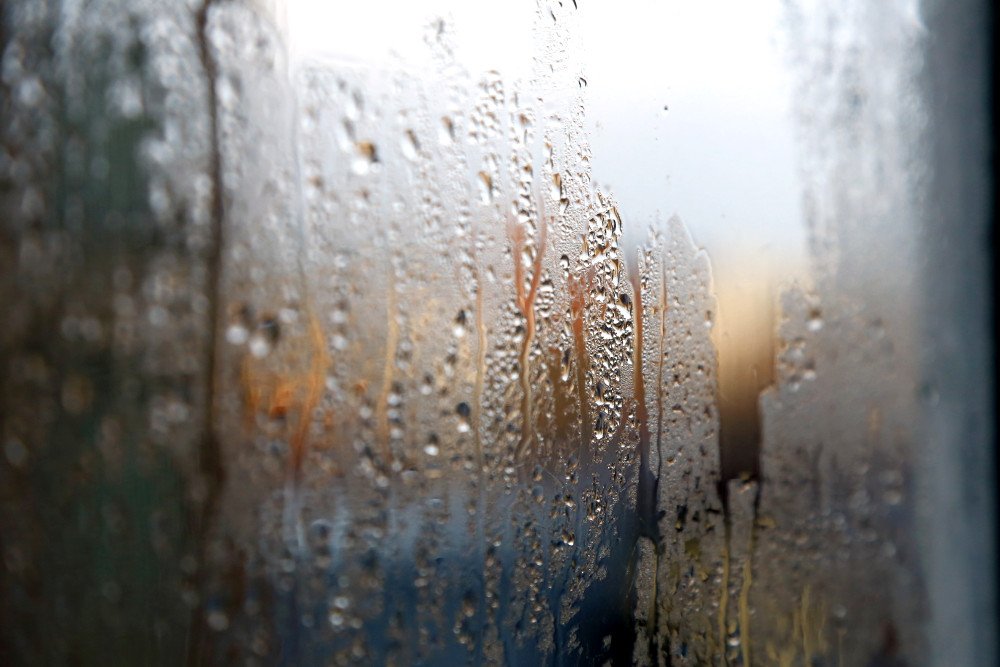 You may have heard people say ‘It’s not the heat, it’s the humidity!’ when describing discomfort in a city or environment. This is because a higher water vapor content in the air can make hot temperatures feel even more unpleasant. 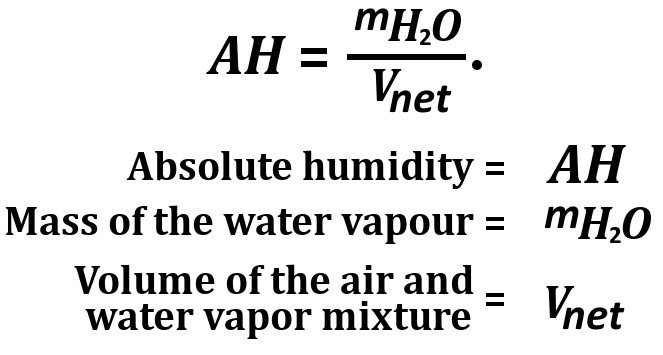 However, the calculation of absolute humidity does not take into consideration the temperature of the system; the former’s value is affected by changes in the air temperature or pressure changes.

Specific humidity, on the other hand, is the ratio of the mass of water vapor to the total mass of the moist air parcel. It’s often casually referred to as the ‘moisture content’. That being said, the type of humidity that is most relevant to our discussion is relative humidity.

As the name signifies, relative humidity is relative in nature. In other words, it’s the amount of water vapor present in the air relative to what the air can hold. Relative humidity is generally expressed in percentages; thus, if a weather report (like the one we saw earlier in the article) shows the relative humidity to be 78%, it means that for the given temperature, the air is holding 78% of what it can actually hold.

Think of it this way: if you have a glass of water that is half-full of water (i.e., at 50%), you would say that the glass contains 50% of what it can totally hold. The concept of relative humidity is pretty similar.

Relative humidity is basically a measure of how saturated the air is with water (as air can only carry so much moisture at a given temperature).

If the weather report shows the value of the relative humidity to be 100%, it doesn’t mean that air has become water; rather, it means that any additional moisture cannot enter the air and must remain as water. Fog is a good way to imagine what 100% relative humidity looks like. 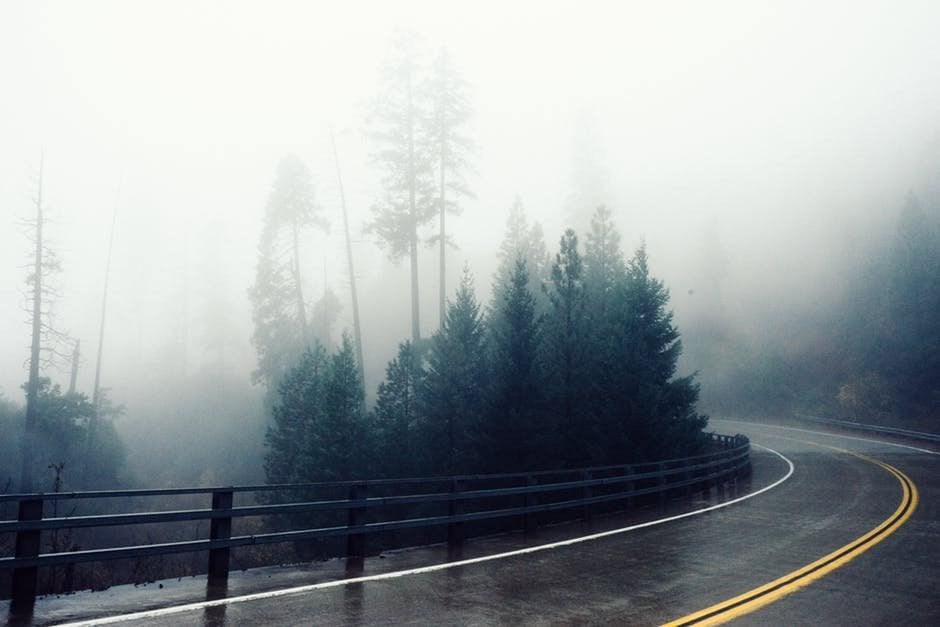 In other words, 100% relative humidity simply means that air is currently holding the most amount of water it can possibly hold at the given temperature. Think of it this way: a piece of sponge that is totally (100%) saturated with water doesn’t become water itself; similarly, a relative humidity of 100% doesn’t mean that the air has turned into water, so leave your scuba gear at home!

How much do you know about humidity?