Bacteria can be excellent hunters. The bacteria Bdellovibrio bacteriovorus hunts other bacteria, and once their bacterial prey is within their clutches, they’ll proceed to consume them.

You’ve probably seen a hundreds of videos about animals being hunted by predators. After all, hunting is how animals get their food. The entire game of “cat and mouse” is a thrilling one, filled with bloodlust, fear and adventure.

However, let’s take a step back and dive into the microbial world, where billions of bacteria battle one another constantly to survive. That’s right! Bacteria can also hunt other bacteria. It’s not a skill solely reserved for animals. These bacterial hunters are called predatory bacteria.

Predatory Bacteria: What Are They?

To put it simply, predatory bacteria are those that hunt other bacteria. They are at the top of the bacterial food chain.

Although they are relatively harmless to humans, they aren’t so polite to their own kind. 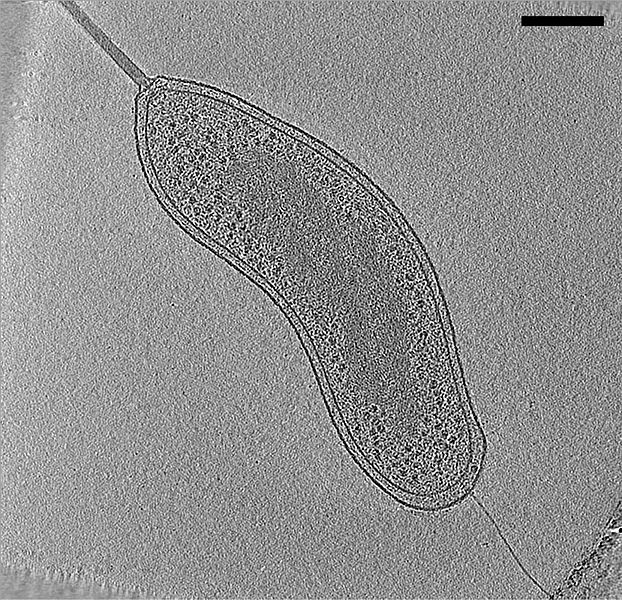 How Does B. bacteriovorus Hunt?

These bacteria work a bit like leeches do. They attach and cling to a host and start sucking out all the nutrients for themselves. While doing so, they multiply inside the host and the new copies burst out of the host, killing it.

B. bacteriovorus attaches to other gram-negative bacteria, such as Escherichia coli or Salmonella, and then punches holes inside their cell membrane. Through these holes, they enter the host’s periplasmic space, which is a small gel-like matrix existing between the two cell membrane layers.

Once inside, they start to suck out the insides of the hosts for their nutrients, making them like microbial leeches. It also releases protein-destroying enzymes that break up the host from the inside. Sounds excruciating! 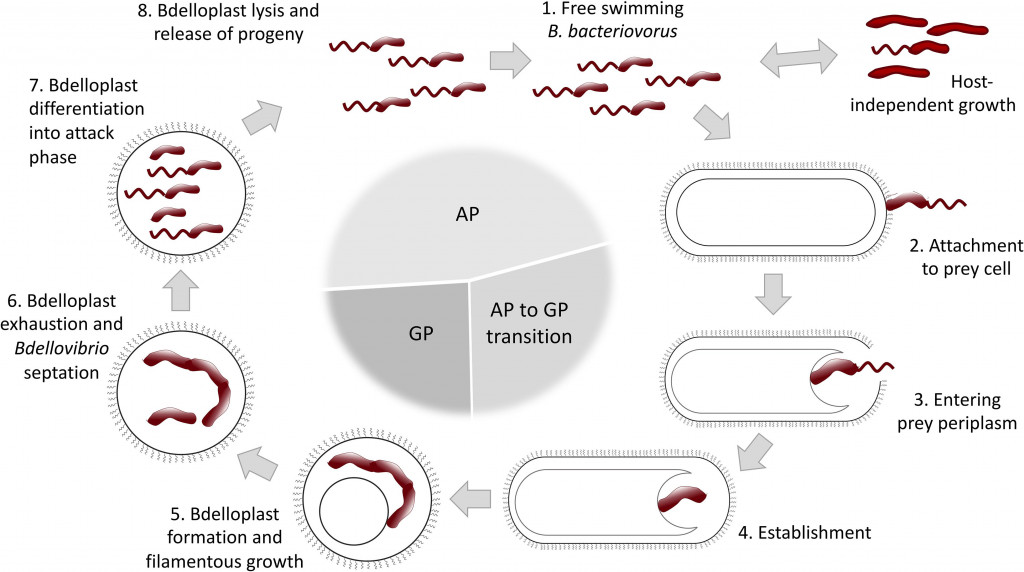 B. bacteriovorus hunts as any other animal in nature do – to fill their tummies. While bacteria don’t really have tummies, they are basically hunting for nutrients, just like other creatures. However, they don’t do it for sport… looking at you, humanity.

What Are The Different Kinds Of Predatory Bacteria?

There are other bacterial predators apart from Bdellovibrio, and these species are termed BALOs (Bdellovibrio and like organisms).

Other examples include Bdellovibrio exovorus or proteobacteria like Micavibrio aeruginosavorus and other bacterial families: Peredibacteraceae, Halobacteriovoraceae, and Pseudobacteriovoracaceae. However, there isn’t much research being carried out on these other types.

The best-studied and most well known is still Bdellovibrio bacteriovorus.

Are Predatory Bacteria Harmful To People?

The short answer is no, as these bacteria don’t typically harm humans. Their systems weren’t really designed to be able to infect human cells or cause sickness. At least, that’s what our research suggests now.

Also Read: What Is A Bacteriophage?

In fact, numerous studies have been done on other mammals, such as mice, rats, crabs and rabbits, using B. bacteriovorus and M. aeruginosavorus. Fortunately, it was found that these bacteria had no negative effects on these living beings.

Research has also suggested that B. bacteriovorus could even be a part of our own gut bacterial landscape.

As more research confirms that predatory bacteria are harmless to humans, the more attractive they become as treatment methods.

Predatory Bacteria – The Future Of Medicine?

Right now, antibiotics are the most common go-to strategies to fight off bacterial infections. However, you have likely heard of a major threat coming our way – antibiotic resistance!

If antibiotics no longer kill disease-causing bacteria, what can we use to stop them? One potential way could be by using predatory bacteria.

This method would be like sending your own bacterial army that is fighting on the same side! 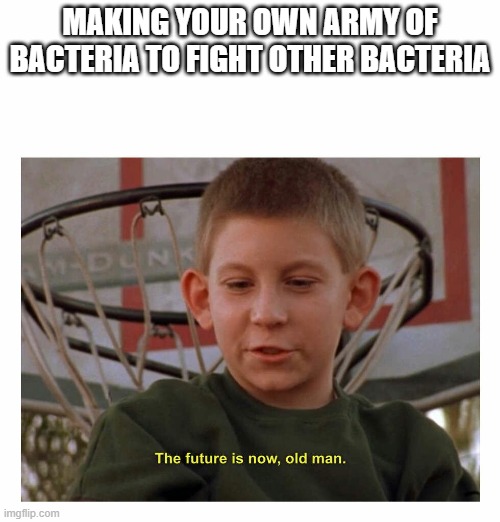 Using predatory bacteria as a treatment method could be something we see often in the next 50 years.

Many disease-causing bacteria are able to comfortably live in our bodies without our immune system successfully destroying them because of biofilms.

Biofilms are gel-like matrixes made by a group of bacteria that act as a protective barrier. They are helpful to bacteria by stopping the entry of antibiotics. However, predatory bacteria can eat their way through these biofilms, making them pointless. 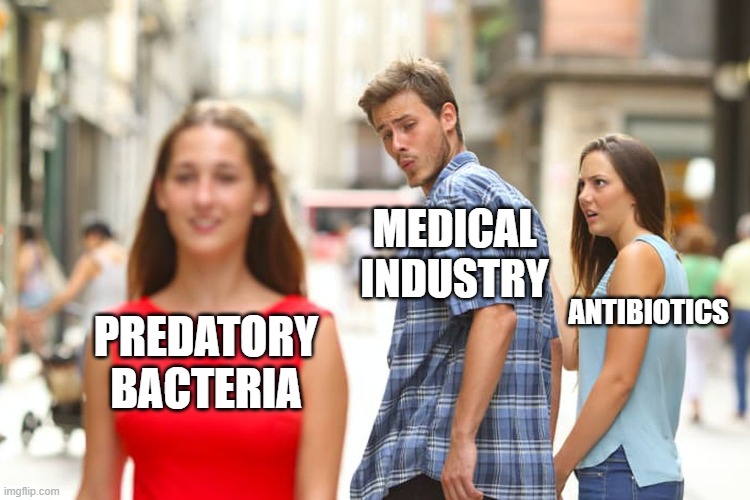 However, the drawback is that we can’t just simply inject these bacteria into our body and hope they find the unwanted bacteria and attack them. If only life were so simple.

The odds of the predatory bacteria dodging our body’s immune system and finding the bacteria they are meant to hunt in the body is quite difficult. Instead, this treatment would be more superficial.

For example, if there are some bacteria inside your skin causing a rash or discoloration, it would be easier to inject some predatory bacteria into that particular region. In other words, this treatment style would be more local and used for relatively minor issues.

As it turns out, there are bacteria capable of hunting other bacteria, and they can be quite useful to us! Lots of work is going into understanding the mechanisms as to how predatory bacteria kill their prey.

Also Read: How Do Gut Bacteria Compete With Each Other To Stay In The Gut?

With some luck, we could find ways to adapt their use to treat bacterial infections. Forget diseases, they could even be used as pesticides in the agricultural industry, or as preservatives in the food industry.

They could end up being man’s new best friend!