A procedure that helps you understand the influence of various factors that affect a result and the extent of their effect in a controlled environment.

Have you ever done science experiments that have numerous parameters you need to take care of to get an accurate result?

If so, I know exactly how that feels!

Most of the time, you won’t get a perfect value, but rather a value that is nearly correct. It can be so frustrating at times, as you need to take care of the amount of catalyst, the temperature, pressure and a million other things!

I wonder who found out that you need precisely ‘this’ thing in exactly ‘this’ amount to get ‘that’ thing! Well, over time, I’ve realized just how much important these parameters are. These values help us set up a controlled environment where the experiment can occur.

And while many people loathe doing lengthy experiments, scientists have performed these exact same experiments a million times to find the perfect mix of parameters that give a predictable result! Now that’s perseverance!! 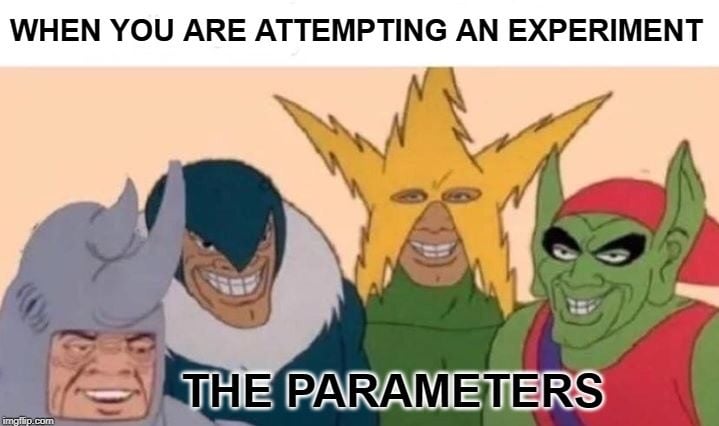 Why should you experiment?

There was a time when scientists speculated about plants being alive in the same way as humans. Jagdish Chandra Bose was the scientist who was able to prove that plants are indeed living things by noting their response to different stimuli. He used an experiment wherein the roots of a plant’s stem were dipped in a solution of Bromine Chloride, a poison. He observed the pulse of the plant as a white spot on the crescograph, a device that could magnify the motion of plant tissues up to 10,000 times.

This experiment may have been groundbreaking at that time, but his result was derived because of the three steps that every scientist follows to arrive at a conclusion.

Example: the atomic model was proposed by many scientists before the most recent Quantum model was accepted. Simply put, a hypothesis is the possible cause of the effect that one wishes to study. 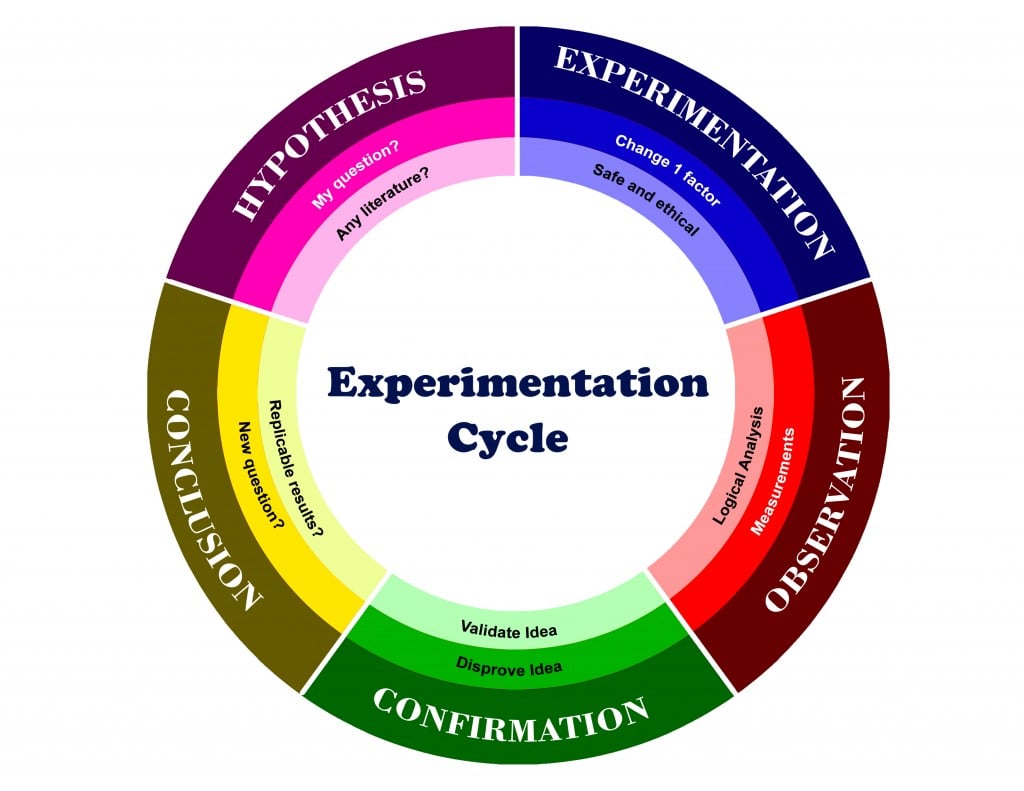 The Cycle of Experimentation

How should you experiment?

To reach effective results, you need to test your hypothesis by performing an experiment, but it’s not as if any random experiment can give you results. A controlled experiment allows you to isolate and study the clear result that will eventually allow you to draw conclusions.

A single phenomenon is the result of multiple factors, but how do you know the independent effect of each factor? A controlled experiment basically limits the scope of the result because only one or two factors affecting the result are allowed to vary. All the other factors are kept constant.

Key Parameters of a Controlled Experiment

Now, when you perform an experiment, you’re basically looking for two things

We can identify the elements that affect the result by keeping all the other elements constant. These variables/factors that are constant are known as control variables/constant variables.

If you’re wondering what the use of the control group is, it basically provides you with a minimal value to start with. It allows you to compare the effect of the fertilizer with respect to the normal growth factor and the extent to which the fertilizer enhanced the growth of the plant. A controlled experiment tries to form a link between the cause and the effect. If we are to study the effect of fertilizers on plant growth, the cause will be the ‘fertilizer’ and its effect would be the ‘growth of the plant’. In other words:

Features of a Controlled experiment

Is there such a thing as an Uncontrolled experiment?

Well, after reading all of this, it’s pretty obvious that controlled experiments are often set up that way and don’t occur naturally. They also give results that are reliable and spot on!

Clearly, experiments that don’t have any control variables are uncontrolled in every way. In fact, the entire natural phenomenon that gave rise to a scientist’s hypothesis is an uncontrolled experiment. This implies that, without control, you can still get results, but those results are unclear. You can draw conclusions from uncontrolled experiments, but it’s a lot harder to determine the true influence of individual factors when all of them are acting at the same time.

Some experiments, however, are impossible to control! Experiments that require testing on humans are influenced by genetic makeup, metabolism and psychology, among other factors, all of which are beyond human control. Thus, there is often a result that is simply averaged and used because no particular result can reflect the whole effect.

Uncontrolled experiments may not give perfect results, but they often help scientists observe patterns. A task that was performed better by more females than males helps to identify that there is possibly an element of female psychology, a hormone or temperament that influenced the result. 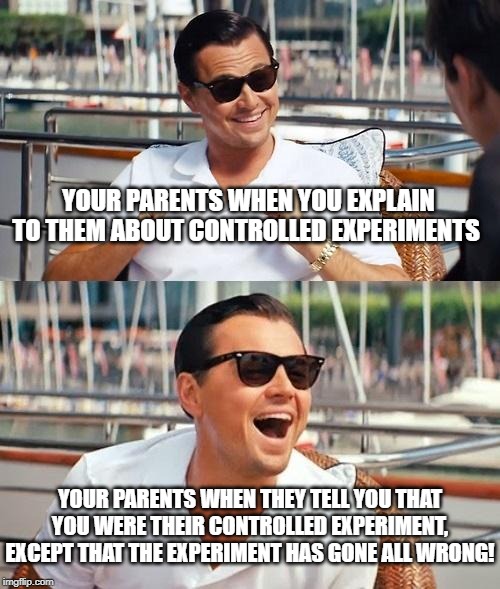