Desert Greening is the process of converting tracts of desert land into fertile land for agriculture, cattle grazing, and other ecological reasons.

If you’ve ever seen a desert and thought, “Is it possible to convert these vast expanses of sand into lush green spaces?”, then this is the article for you!

There is a movement called desert greening that intends to do just that. In fact, several massive desert greening projects in Africa, the Middle east, and China are already well underway!

What Is Desert Greening?

Desert greening means exactly what it sounds like—the process of turning deserts into lush forests. This isn’t only for deserts with vast never-ending seas of shifting sand dunes… semi-arid land is also included in desert greening.

The goal of the process is to reclaim parts of desert land, make them fertile, and use them for farming, forestry and other ecological reasons, such as preventing soil erosion and boosting biodiversity. By converting tracts of desert into forests, some experts hope to help battle climate change and protect regions from its symptoms (like drought and famine). 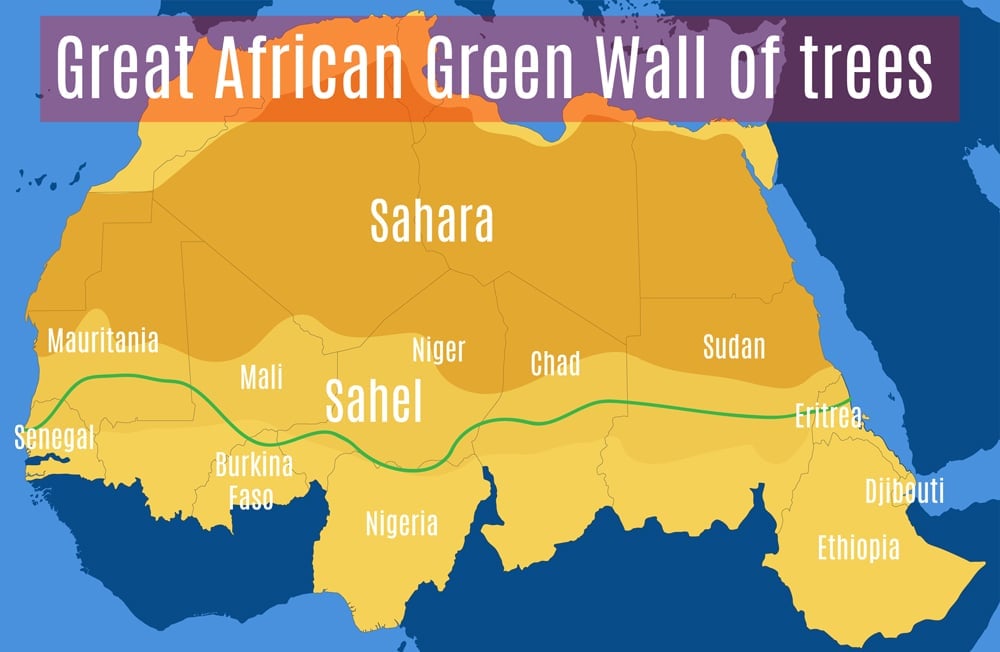 The Great Green Wall of Africa is a massive desert greening endeavor to combat desertification in Africa (Photo Credit : WindVector/Shutterstock)

For example, a massive desert greening project in Sahel and Eritrea is underway. This project, called the Sahara Forest Project, hopes to prevent drought-like conditions caused by the influence of the Sahara desert. This would not only save lives and boost the economies of the respective countries, but also help combat the effects of climate change in the region.

So, how does one start converting a desert into a forest? Well, of course, with a few seeds and a lot of water.

Water is probably the most crucial aspect to ‘greening’ a desert, but as you can imagine, water isn’t the most readily available resource… especially in a desert region!

Usually, people use a combination of methods, such as irrigation, groundwater, sand-adsorbed water, rainwater and air water. On the other hand, there have also been attempts to significantly reduce the amount of water needed. This has led to technologies like special water-retaining materials (such as certain resins) and condensation techniques (Source).

In the Morrocan city of Ouarzazate, the government is converting wastewater to water that is usable for irrigation, which is helping to “green” the drylands of the region.

The Sahara Forest Project is using solar panels and wind turbines to help with their water issues. Large-scale solar and wind farm research has shown that such strategies can significantly change the climatic conditions around those farms. These farms can increase the heat and humidity in their vicinity—two factors that are crucial for plant growth. 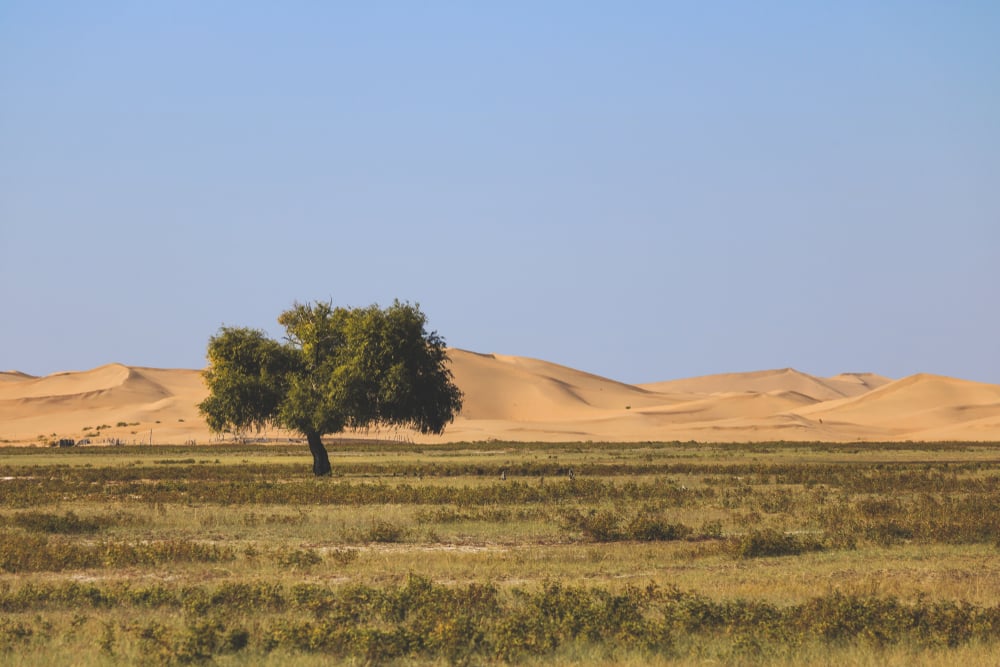 Solar and wind farms can increase humidity in the areas around them, which helps plant growth (Photo Credit : HelloRF Zcool/Shutterstock)

Solar and wind farms can also drive an increase in rainfall, as was seen in Sahel (a region in Africa that borders the southern region of the Sahara desert). This allows for a self-perpetuating cycle. The rainfall is used by plants, and the plants transpire, which will lead to more rainfall.

The other requirement to turn a desert into a forest is fertile soil. Loose sand isn’t great for vegetation, as it has little to no water and doesn’t have enough organic material to facilitate plant growth. Converting arid, desert lands into soil that is capable of supporting life is a challenge.

Also Read: Can We Cover The Sahara Desert With Solar Panels?

Along with adding pyrogenic carbon, stabilizing the pH, the amount of clay in the soil, and depolluting the soil can all go towards making soil more fertile.

Now, within this fertile soil, plants are ready to grow.

The plants that are used in desert greening projects are often those that love salt. This means that these plants can grow in conditions with high salt concentrations in the water.

If land is being used for agriculture, it is important for sustainable farming practices to be employed. Crop rotation, permaculture, hydroponics, etc., are all key to keeping the soil viable over the long term. In addition to farming practices, intelligent landscaping can drastically reduce or prevent soil erosion, allowing fertile top soil to remain in place.

Why Should We Care About Desert Greening?

As mentioned earlier, desert greening is a proposed solution for many of the world’s current environmental concerns.

By adding more green cover, the estimate is that more carbon will be sequestered by plants. This should help mitigate the amount of carbon dioxide in the Earth’s atmosphere, thereby decreasing global warming effects.

Plants also help modulate climatic conditions in the region where they grow. With increased precipitation due to tree cover, as well as solar and wind farms, dangerous conditions like drought can be avoided. Such new growth would also prevent further desertification (the conversion of fertile land to infertile land). 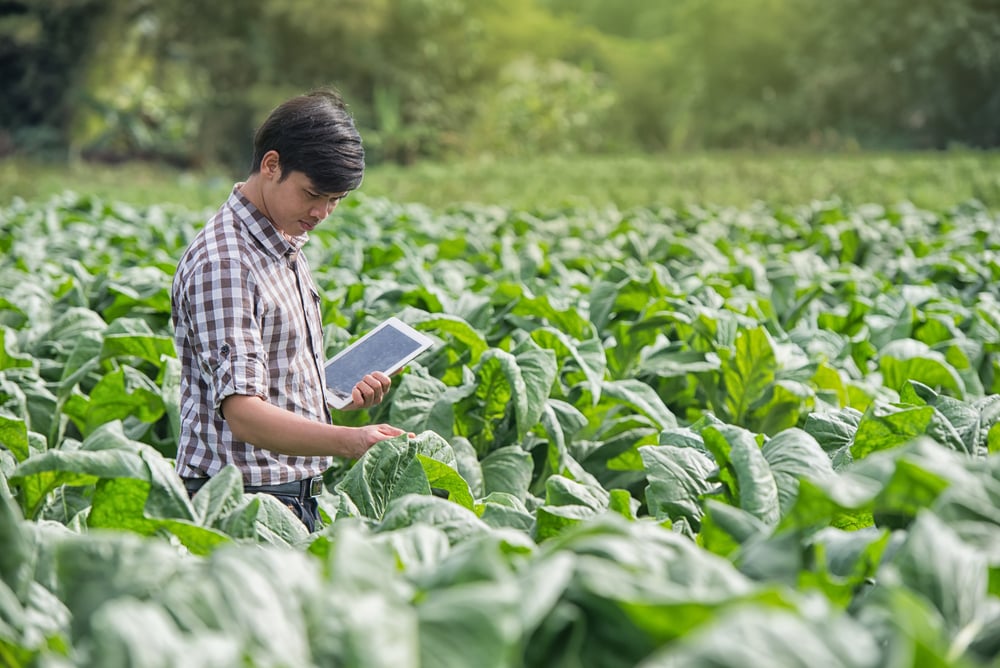 Desert greening could help farmers and boost agriculture in regions that are prone to drought. (Photo Credit : KOBE611/Shutterstock)

Desert greening also helps economies. In China, the Kubuqi Desert is currently being greened. There was major desertification in the region, which has caused widespread poverty there. However, since the Kubuqi Ecological Restoration Project, the region is undergoing positive changes.

Like the Sahara Forest Project, Kubuqi also has massive solar farms with 650,000 fixed and sun-tracking panels generating a whopping 1,000 megawatts—enough to power a small city! The project has also planted special plants that cling to the loose shifting sand, effectively holding it together. This reduces soil erosion and prevents the desertification of other areas. 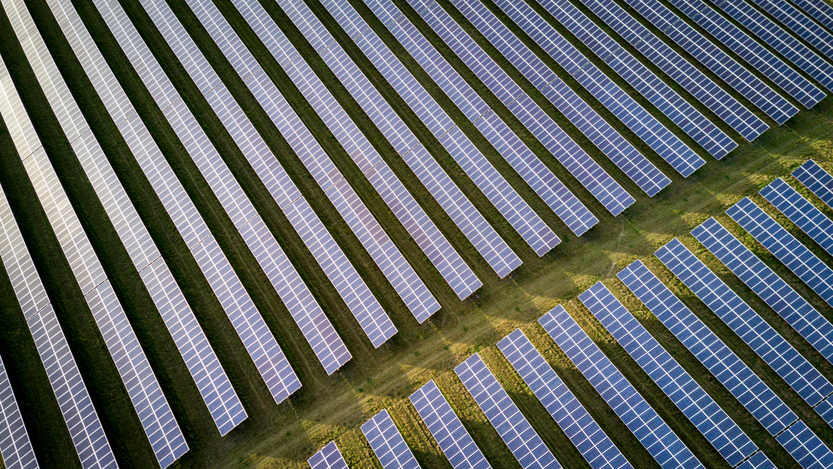 Unfortunately, where there are pros, there must also be cons.

Some scientists have voiced caution about the loss of desert ecosystems due to desert greening. Desert and semi-arid grassland ecosystems, just like any other ecosystems on Earth, have a critical place in our world. Creating new forests can threaten wildlife that depend on the conditions of a desert.

A case in point is the afforestation efforts of the Yetir Forest in Israel. The project aims to extend the borders of the Yetir and prevent desertification of those areas. However, several scientists have pointed out that the extended forest is now encroaching upon dry grasslands that are home to diverse animal life, especially reptiles.

Whether the overall benefits outweigh the costs has yet to be seen in many of these projects, but desert greening may be our best idea yet to prevent some of the ills that humans have inflicted on the Earth. 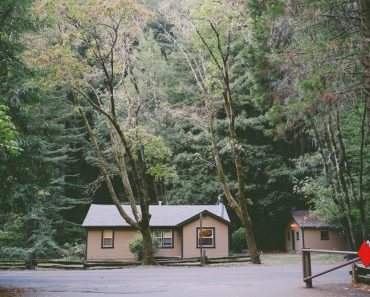