Some animals seem to be able to predict natural disasters before they happen. Dogs, elephants, and other animals have been known to act strange just before an earthquake, a hurricane, or a cyclone. There is no scientific proof that these animals can sense disasters, but there is a lot of anecdotal evidence that suggests they can.

There are numerous anecdotes about how dogs often start behaving abnormally right before an earthquake, how elephants seem to lose their mind before a landslide, or how sharks’ movement patterns change before a hurricane or a cyclone. All these incidents suggest an interesting fact; is it possible that animals can predict natural disasters, or at least some anomaly in the natural course of earthly events?

You might have noticed that your dog tends to always come back inside your house right before it starts raining. Also, just minutes before an earthquake begins to shake the world, dogs are frequently seen to behave abnormally. In one such case, just before people started feeling the first shocks of the earthquake in Gujarat (India) in 2001, dogs in the street began barking wildly at nothing in particular, running haphazardly and showing other signs of unexplained behavior.

Although there is no concrete scientific proof to validate this hypothesis about animals’ power of detecting natural disasters before they actually occur, there is significant anecdotal evidence from which plausible explanations can be inferred.

Scientists don’t appear to believe in the idea that animals possess a “sixth sense” that helps them sense disasters. Instead, they simply use their existing senses very efficiently – much more efficiently than humans, that is. The most critical sense to achieve this unique ability is hearing. Now, let’s see how.

Humans are able to hear sounds that are in the range of 20 hertz to 20,000 kilohertz; any sound outside of this range is essentially undetectable to us. However, certain animals, like dogs, elephants, bats, and deer transcend the boundaries of this range when it comes to hearing, which is why they appear to have this sixth sense.

Let’s consider an earthquake; they start with the movement of tectonic plates far below the surface of the ground. There is a certain moment when this activity initially starts, and if you draw a straight line from this point to the ground, the endpoint of this line on the ground is called the epicenter. An earthquake involves the movement of seismic waves below the surface of the ground, which cannot be sensed by human beings. These waves, however, produce infrasonic sound – a sound that has a lower frequency than 20 Hertz and voila! Dogs sense that something fishy is going on, so they start behaving… strangely. 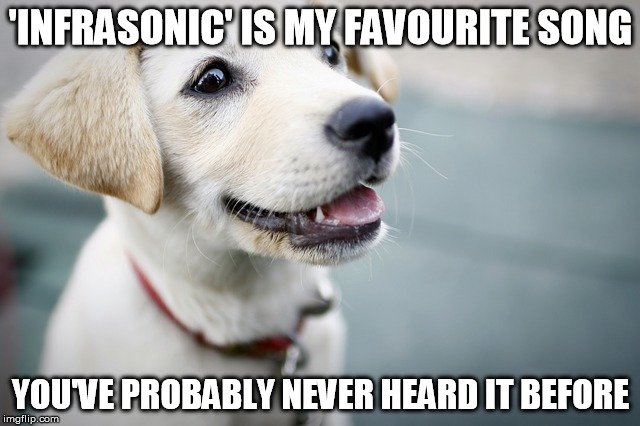 It’s not that dogs can rush up and say, ‘Golly! There’s an earthquake coming. Let’s evacuate the area!’ They simply sense something ‘unusual’ (the shockwaves) and due to having no concept of the source, they flee from the area until they can’t sense it anymore. Elephants, and certain other animals, also show similar behavior patterns in the wild.

Aquatic animals, which are not used to this change, quickly sense that something is unusual and employ their defense mechanisms to avoid any danger that may come with those changes in underwater conditions. This is why sharks and some other fish are seen to go deeper underwater during a storm, as they may be able to avoid potential danger there and be safer.

As stated earlier, there is no concrete evidence for animals’ ability to sense disasters; however, given their recurring reactions to such situations, there is not much doubt remaining that animals truly possess this disaster-forecasting skill.