The Kennewick Man is a human skeleton that was found in Kennewick, Washington in 1996. The skeleton is over 8,000 years old, and is believed to be from a male who was around 40-50 years old when he died. The Kennewick Man generated huge public interest, as claims were made over who the skeleton belonged to. Native American tribes claimed him as their ancestor, and the skeleton was eventually returned to them in 2017.

Who are we? Where did we come from? These questions have intrigued mankind since time immemorial! All people and cultures have strived in their own ways to understand their origin, the world, and their place within it. Scientific discoveries have been made and religious scriptures have been endlessly studied in a bid to get closer to understanding how we came to be where we are. 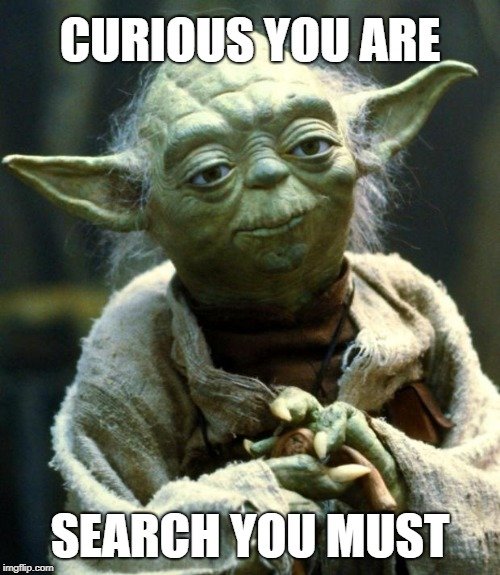 Scientific and theological explanations about our planet and life on it have been debated for centuries. One such skirmish in the long-running debate over human origins was the Kennewick Man dispute.

Who is the Kennewick Man?

On July 28, 1996, two men accidentally found part of a human skull near the shore of the Columbia River outside Kennewick, Washington. On several follow-up visits to the area, some three hundred bone elements and fragments were collected over the next month, ultimately constituting almost 90% of the adult male human skeleton. This unusually complete skeleton (which lacked only the sternum and a few small non-diagnostic bones of the hands and feet) was over 8,000 years old. The ‘Kennewick Man’ quickly became a fossil celebrity! 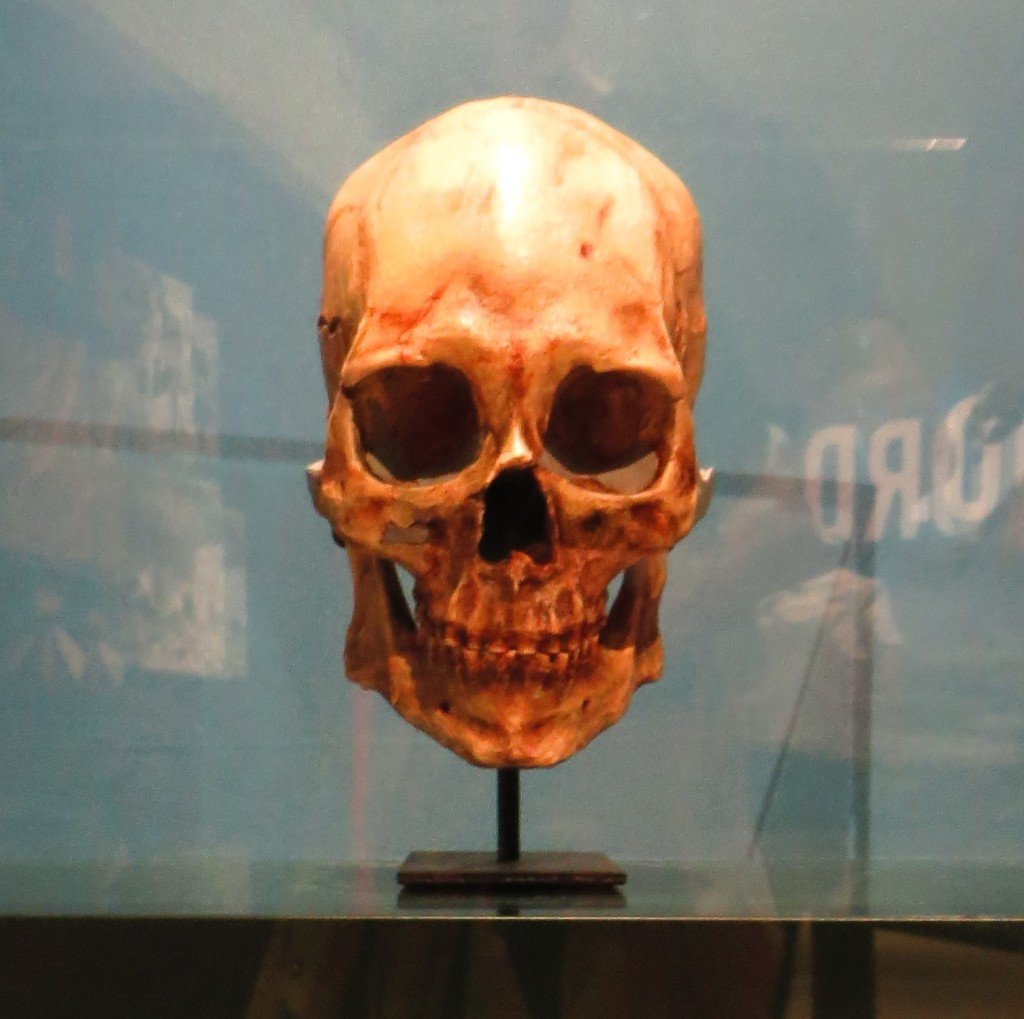 Claims over the Kennewick Man

The discovery of the Kennewick Man generated huge public interest. Current Native American tribes called him the ‘Ancient One’ and claimed a relationship with him. They urged that the Ancient Man’s remains be reburied. They explained that when a person dies and the body goes into the ground, it is meant to stay there. When remains remain above ground, their spirits cannot rest. 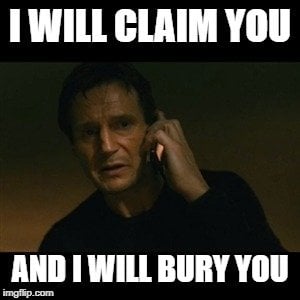 On the other hand, a group of scientists sued the federal government (represented by the Corps) to prevent the remains from being returned to the tribes under NAGPRA. They challenged the Corps’ conclusion that the Kennewick Man qualified as Native American remains and claimed the right to study the bones under the Archaeological Resources Protection Act.

A series of legal activities took place to decide if the Kennewick Man should be given to the Native American tribes for reburial or to the scientists for the further conducting of research. During the dispute, the remains were safely kept at the Burke Museum, as designated by the Court. 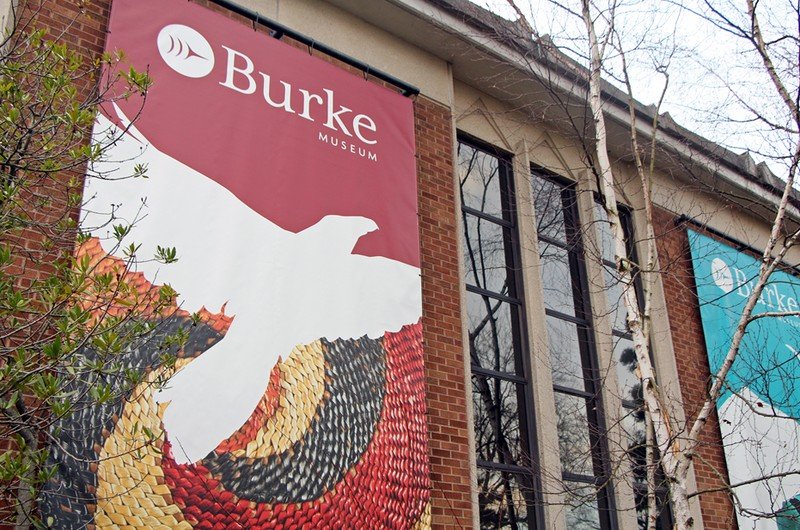 The remains of the Kennewick Man were kept at the Burke Museum, the Washington State Museum of Natural History and Culture during the dispute. (Photo Credit : LavaBaron/Wikimedia Commons)

On June 27, 1997, the District Court of Oregon found that the Corps had performed an inadequate analysis of the different legal and factual issues and remanded the matter. The Department of the Interior, which then took over as the lead federal agency for the case, inferred on January 13, 2000, that the remains of the Kennewick Man were Native American within NAGPRA’s meaning.

The scientists sued again, but this time, the District Court ruled in their favor, which was affirmed by the U.S. Court of Appeals for the Ninth Circuit. They ruled that the remains did not constitute remains under NAGPRA, which defines human remains as Native American if the remains are “of, or relating to, a tribe, people, or culture that is indigenous to the United States”. The Court stressed that the statute unambiguously requires that the human remains bear some relationship with the presently existing tribe, people, or culture to be considered Native American, since the words ‘is indigenous’ are written in the present tense.

The Court did not find sufficient evidence to infer the Kennewick Man’s relation with any current tribe. Thus, the Kennewick Man remained in the Burke Museum where scientific study was allowed to take place. 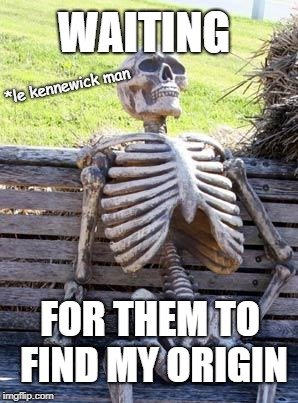 Scientists believed that the remains belonged to a man who was forty to fifty years old when he died and who stood about 5 feet, 9 inches tall. They also noticed a severe spear wound to his hip, but concluded that the man did not die of that injury, since it was a healed-over wound.

The discovery of the Kennewick Man stirred the discussion over how the Americas were inhabited. He seemed to have facial features that were more angular than those typically associated with American Indians. The remains appeared to be from some other group.

One of the theories, proposed by archeologist James Chatter, indicated that the Kennewick Man had descended from the ancient Norse people, owing to his Caucasoid features. The reconstruction of his face actually made him look very similar to Patrick Stewart, the actor who played Capt. Jean-Luc Picard in Star-Trek: The Next Generation! 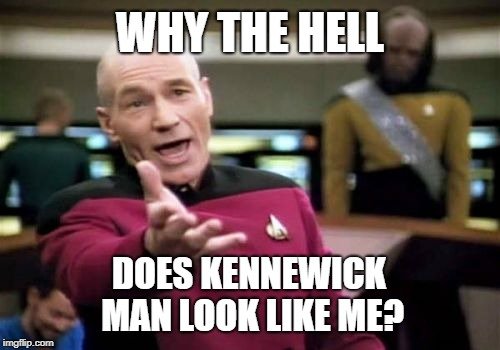 Other scientists who examined the skull found similarities with the Ainu, the original inhabitants of Japan.

This challenged the prevailing beliefs of American Indians being the original inhabitants of the Americas. The people from the Siberian interior (the ancestors of American Indians) were believed to have crossed the Bering land bridge about 11,500 years ago and slowly migrated southward. However, recent discoveries linked to the Kennewick Man led the scientists to postulate that the Americas must have been populated by other means as well, most likely by people from Northeast and Southeast Asia, who moved along the Pacific Rim and eventually to North America.

This gave rise to another question of where the native people of America actually come from. For the tribes, the issue went beyond the widely shared desire for graves to not be disturbed. Origin questions, for them, were a sensitive issue, as they were linked with questions of reburial. They believed that the land they lived on was sacred, which tied them to the point of their creation.

Where is the Kennewick Man really from?

The studies carried out until that time to understand the origin of the Kennewick Man did not include DNA analysis. Geneticist Dr. Eske Willerslev and various colleagues compared the DNA extracted from the hand bone of the Kennewick Man to worldwide genomic data, including data from the Ainu and Polynesians. They found that the DNA results are more closely related to modern Native Americans than any other living population. They released their findings in the scientific journal “Nature” in June 2015.

The tribes who claimed him as their ancestor then began the process of reclaiming his remains under NAGPRA. Simultaneously, legislation to expedite the process to return the remains to the tribes was sponsored by Senator Patty Murray and Congressman Denny Heck.

The Ancient One was finally returned to his descendants, the Columbia basin tribes, on February 17, 2017. This incredibly controversial and fascinating specimen of human origins was reburied in a private ceremony and location, according to the traditions of the tribes.