So the deal with North Korean leaders is that they are absolutely insane, and their people are forced to worship them. They have no regard for human life, and their only goal is to keep their people in line. They are also incredibly secretive, and do not allow anyone to see what goes on inside their country.

Ah, you Truman Show version of an Orwellian dystopia. You manage to include the worst of the worst regimes in history, complete with a Stalin-esque level of state control mixed with Nazi-like efficiency in mass executions.

Yet, you try so desperately to mask these horrible truths. Unfortunately, that is about as effective as covering up the stench of garbage with a tiny bottle of eau de cologne. Sure, you can stop people from taking pictures of your gulags and prison camps, but the truth frequently defects from your heavily guarded borders.

That being said, your people have gobbled up the lies rather quickly. Props to your commitment to brainwashing. 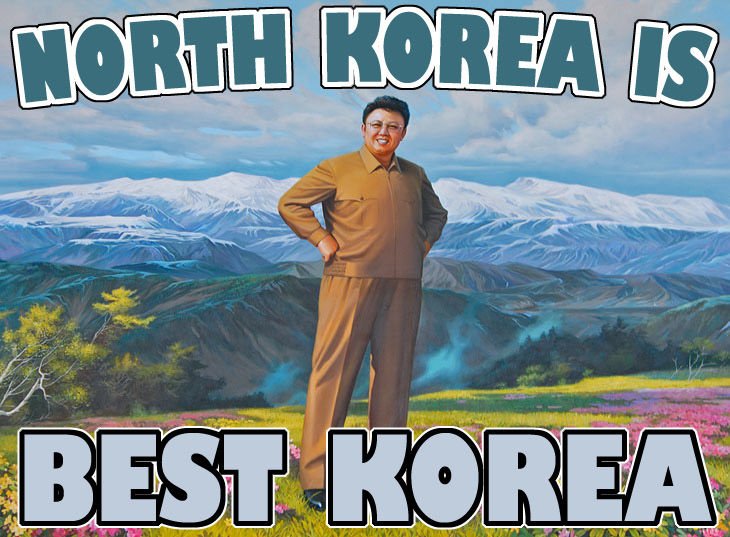 With your brazen breaches of international nuclear policies and numerous human rights violations, I think it is due time that people knew the truth. It’s simply too bad that none of your citizens will ever read this.

First of all, to know a country, we need to look at its leaders.

North Korea has had a number of… interesting leaders, to put it mildly. There have only been three since the inception of the country in 1945, and to be honest, three is more than enough.

How Scientifically Accurate Is The HBO Miniseries Chernobyl?
If you wish to buy/license this video, please write to us at admin@scienceabc.com.

North Korea is the only necrocracy in the world – which means that it is the only country that is still under the rule of a dead leader. 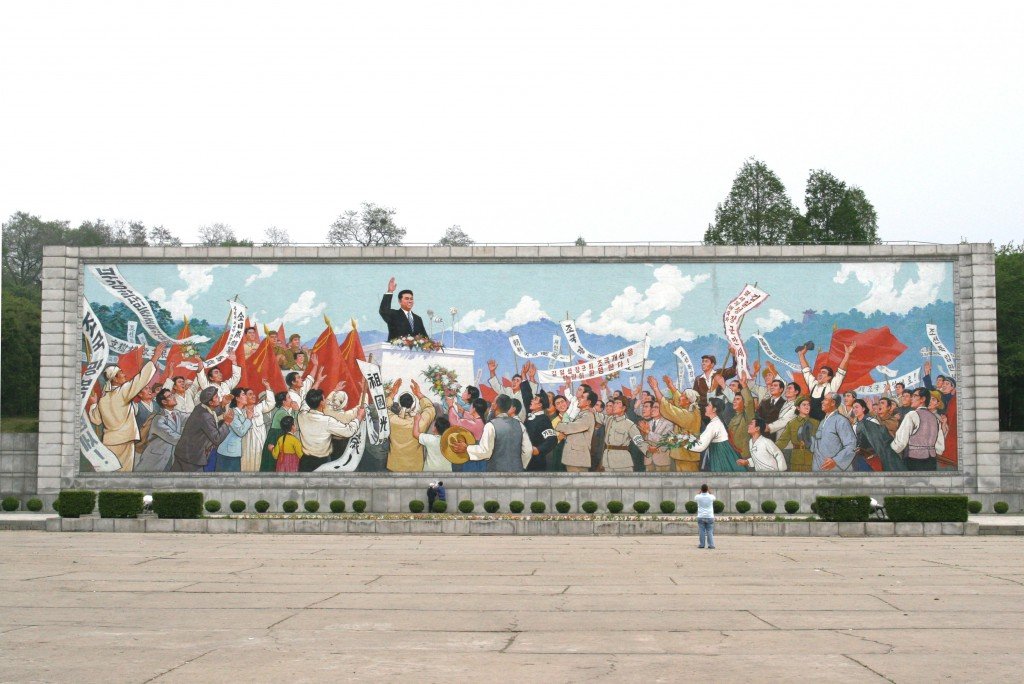 A mural of Kim Il-Sung giving a speech in Pyongyang.Source: Wikipedia

Kim Il-Sung was the one who instigated the Korean War in 1950, and the country has still not gotten over the “glorious” 46 years of his ruthless totalitarian regime.

To say that North Koreans worship him would be an understatement. Their entire lives revolve around proving their loyalty towards this dead leader. He is their God, their messiah, their cherished celebrity and their legendary hero all rolled into one! To give you an example, they bow every time they see his image. They must wear a lapel pin bearing his face on it at all times. Even their calendar begins with the birthday of their Supreme Leader! 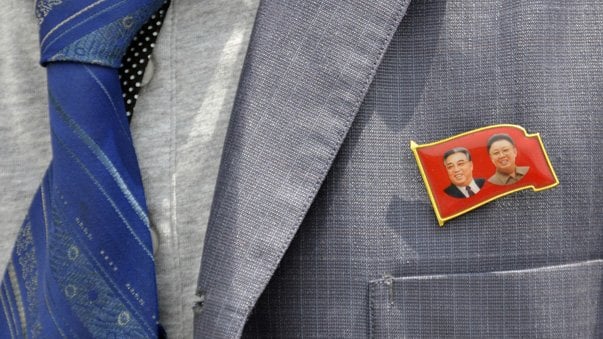 What is Juche, you ask? Juche is the political ideology advocated by Kim Il-sung. It means ‘complete self-reliance’, especially in terms of economics, military and foreign  policy. This ideology is the reason why the country is so austere on the international scene. Even in today’s globalized world, North Korea remains cut off from the rest of the world, honoring Kim Il-sung’s traditions.

Also Read: What Does Science Say About Brainwashing?

Kim Jong-il, the son of Kim Il-sung, took over after his father’s death in 1994. He is also widely revered, but not nearly as much as his father. His photo often appears next to Kim Il-sung’s in public places. A self-proclaimed Internet expert, Kim Jong-il was no better than his father when it came to subjecting his people to atrocities. Or for that matter, people from other countries.

You see, Kim Jong-il was a film enthusiast who had a library of over 20000 movies. Nothing wrong with that, right? Except, in order to feed his obsession with movies, he abducted a popular film director Shin Sang-Ok and his wife Choi Eun-hee to make films for him! 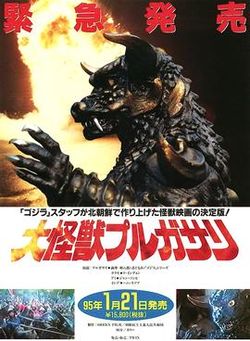 In fact, he forced the notable South Korean director to make films for him for 8  years!  When they eventually escaped to America and told the embassy their story, North Korea maintained that they were there voluntarily and had stolen a large amount of North Korean money.

However, Kim Jong-il had even larger crimes on his hands. When famine struck the country in the 1990s, an estimated 3 million people died in North Korea. Kim Jong-il, for the longest time, resisted the offer of aid from other countries, adhering to the Juche ideology. All the while, people were so driven to hunger that some stooped to consuming human flesh. Finally, the UN was brought into the picture and they agreed to help North Korea on one condition – that they stop testing nuclear weapons. Kim Jong-il agreed, but it wasn’t long before he breached this agreement, consequently leaving his people left to die once again.

Nevertheless, the hero-worship surrounding Kim Jong-il did not die down. In 2011, graffiti appeared in Pyongyang that condemned Kim Jong-Il. They locked down the entire city for 3 days to find the perpetrator!

This is the one figure we know that the Internet loves to hate (especially since his supporters are, well, never going to be online). If sources are to be believed, Kim Jong-un is not admired in the same way as his father or his grandfather. The main reason is that no one really knew him before he assumed power. Technically, he was voted into power through democratic ballots, the only problem being that the ballot cards had only one option to ‘choose’ from – Kim Jong-un.

Another glaring example of Kim Jong-un’s insanity is how he threatened to wage war against South Korea because of Orion Choco Pies. Yes, I really wish I were kidding.

Kaesong Industrial Complex is a special place in North Korea where South Korea can set up economic enterprises. At face value, that sounds great, but South Korea made one fateful mistake. They gave Choco Pies as bonuses to North Korean workers in the Orion factories. The North Koreans, instead of enjoying the rare chocolate delights for themselves, sold them on the black market. Kim Jong-un, outraged and possibly jealous, banned them from the country under the pretext that ‘South Korea was invading our stomachs’.

The reason why I chose to share this story is not merely to point out the craziness of the North Korean dictator, as there are countless other examples. However, this one calls out his pretense. While he starves his own people, quite literally, he himself spent $140,000 on Russian vodka, $285,000 on wine and champagne, $169,000 on Chinese scallops, $85,000 on imported cheese and $201,000 on whiskey throughout last year alone (source)! 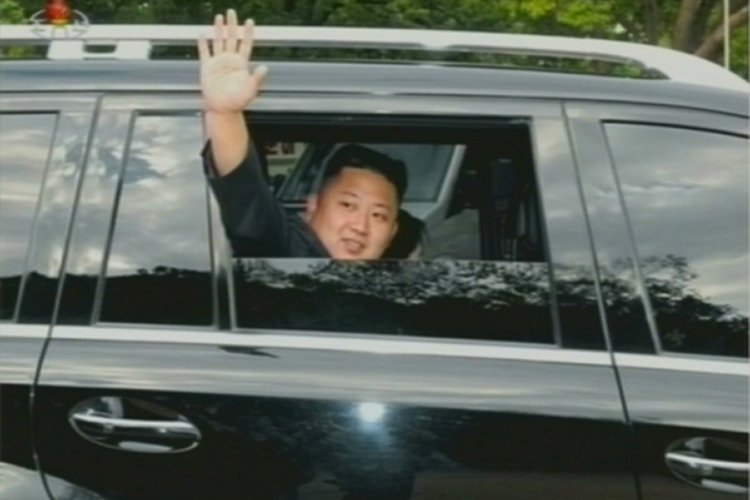 Not to forget, he also owns over 100 cars. Oh and did I mention, the North Korean media justifies this by stating that Kim Jong-un has been a master race car driver since the age of 3?!

Also Read: Why Is Korea Divided Into North And South?

In terms of human rights violations, North Korea is so infamous that no country (not even China) wants to be associated with it. The leaders, as ludicrous as they seem, are ruthless in meting out punishments, under the guise of providing ‘re-education’. Thousands, or possibly millions, die every year in these re-education camps of North Korea. Adding to this, a disturbingly large number of executions also take place in North Korea. In 2013, Kim Jong-un executed 80 people in a stadium in Pyongyang, simply because they were Christians (source)!

Despite this, the cult of personality around the Kim family is so strong that they have continued to rule the nation without any opposition. As outsiders, we can only hope that the people of North Korea soon realize that they deserve much better.