Fundamental attribution error is the tendency to overemphasize personal characteristics when judging a person’s behavior and ignoring the situational factors that might have played a role.

Consider a situation in which Alice is driving home from work after a long day and gets cut off in traffic by David. What’s her reaction? She gets annoyed, honks and calls him a bad driver. She doesn’t think of David’s behavior as situational, i.e., he is late for a job interview, he’s going to miss his flight, his wife is about to give birth, etc. Instead, she attributes his behavior to his fundamental personality of being a terrible driver and being inconsiderate of others on the road.

On the other hand, if Alice makes the same mistake, she will excuse herself by saying that she was influenced by situational causes, i.e., she was late for a meeting. She doesn’t see this as having a character flaw; she does not think of herself as a bad driver or a selfish person. It was simply a bad situation that caused her to do what she did. 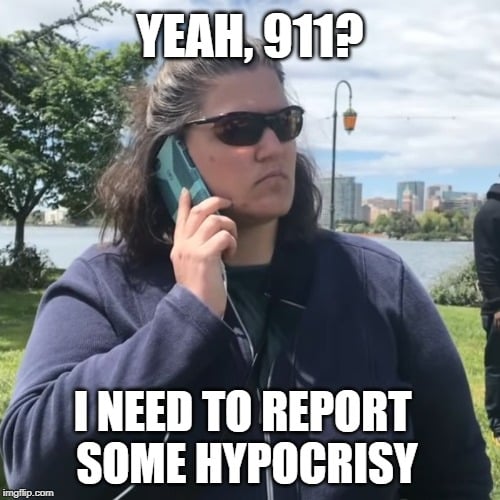 What is Fundamental Attribution Error?

You may have noticed how Alice overemphasized David’s personal characteristics when judging his behavior, and ignored the situational factors that might have played a role. This is a prime example of a fundamental attribution error. This term is defined as the tendency to judge a person in a bad light and attribute his/her behavior to internal qualities, rather than considering or understanding the circumstances that might have led him/her to behave in a certain way. As a result of this tendency in us, we tend to believe that others do bad things because they are, in fact, bad people.

On the flip side, when we mess up, we convince ourselves that we had to do what we did, by focusing on the situation and ignoring what our behavior might say or project about our own character. The fundamental attribution error explains why we often judge others harshly, yet let ourselves off the hook by rationalizing our own wrongdoings.

The reason we do this is obvious. When we see someone behaving in a certain way, we usually have no idea what their situation may be. Thus, when explaining someone’s actions to ourselves, we’re likely to make a judgment about that person based solely on what we see, since we seldom have any other reference point. On the other hand, when we behave in a certain way, we know exactly what the situation is, so we know what caused our perceived “failure”.

Why do we blame people?

This study says that we draw on the following sources of information before making an internal attribution:

1. Choice – If we perceive someone’s behavior as being freely chosen, we believe that the behavior is due to internal factors.

2. Intentional vs. Accidental Behavior – If a person does something intentionally, being fully aware of the consequences of the action, we attribute it to the individual’s personality. However, if something is done accidentally, we perceive it to have been caused by external factors.

3. Social Desirability – Non-conforming behavior leads us to make internal attributions more easily than socially accepted ones. For example, if you see a person sitting on the floor of the bus instead of the seats, you’re more likely to link his behavior to his personality. On the contrary, if you see a person expressing highly conventional opinions under conditions where it would be extremely difficult to express any other ideas, you’re far more likely to blame the situation. You would likely assume that he is expressing that particular opinion because of social pressure, not because he actually believes it. We all want to be loved, don’t we?

4. Personalism – If a person’s actions impact us directly, we assume that those actions were intended and personal, even if it was simply an effect of the situation that involved both people. For example, imagine that Alice and David are hiking and have very little water left. David gets really thirsty and drinks the last few drops of water. Alice might automatically assume that David did this on purpose, in order to deprive her of water, ignoring the fact that the situation forced David to do such a thing.

Every person goes through tough times that occasionally make them act in a negative way. It is noble and important to have empathy for those around us and attempt to understand them in these tough times.

However, does that mean all bad behavior should be excused? How can we determine whether someone’s behavior is actually caused by a bad situation or is simply because they intend to be unpleasant, regardless of the situation?

How to understand people?

According to Kelley’s (1973) covariation model, we can estimate whether the root cause of someone’s behavior is internal or external (situational) by determining the levels of the following:

Let’s try to understand what this means. Imagine seeing David laughing at a comedian. Is David laughing because the comedian is funny or because he’s the kind of person who laughs a lot? Let’s use the three points above to make an accurate assessment. Sometimes we laugh a lot during stand-up shows. Is it really the comedian’s work or the environment? (Photo Credit : aerogondo2/Shutterstock)

2. Consensus – If everyone in the audience laughs at this comedian, the consensus is high. We can, therefore, conclude that the comedian is indeed funny, since it’s not just David that finds him entertaining.

3. Consistency – Does David always laugh at this comedian, or did he only find him funny this one time?

Thus, if David laughs at all comedians, if he is the only person laughing at this particular comedian, and if he always laughs at this comedian, we can conclude that David is laughing because he’s a person who tends to laugh a lot.

While these points guide us to a certain extent to understand the cause of a person’s behavior, we may not always have enough information to make this kind of judgment with absolute certainty. In this case, for example, we might not know David well enough to know if his behavior has been consistent over time.

In any case, it’s important to learn how to avoid making a fundamental attribution error. Stopping and thinking for a moment, putting ourselves in the shoes of the other person, and trying to understanding the actual cause for their behavior is what all of us should do in order to avoid making unfair assumptions!