Bad omen surrounding black cat crossing the road or treating bad cat as inauspicious is nothing but superstition.

Even in today’s technological era, in certain parts of the world, thousands of people regard seeing a black cat as inauspicious. If a cat crosses their path, they take it as a decidedly bad omen. Many even cancel their schedules and appointments at the very sight of seeing a black cat crossing their path, for they assume that it will bring unfavorable results to their scheduled events.

Do you know know why an apparently innocuous and cute creature like a cat—particularly a black one—in certain cultures and communities is considered so inauspicious? Let’s find out! Before I debunk the myths surrounding black cats, let us take an initial biological view of black cats. According to scientific animal classification, a black cat is a cat (often domestic) with black fur, which is an indicator of a mixed or specific breed. Now, according to records from the US Cat Fanciers’ Association (CFA), there are 22 cat breeds that can be associated with black cats.

The most notable black cat is the Bombay breed. Male black cats usually come with a more prevalent all-black fur pigmentation than their female counterparts. Besides the pure dark black color, what catches our ‘eyes’ when looking at Bombay cats are their eyes. Their bright yellow color gives a certain mystical look to these cats. However, it’s actually the high melanin pigment content that causes these black cats to have yellow (or sometimes golden) eyes. 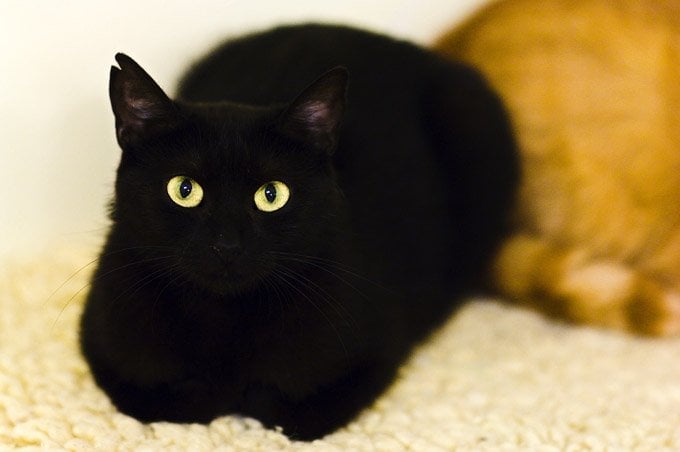 Bastet – Goddess with a Cat’s Head

Bad omens surrounding black cats crossing the road or treating them as “bad luck” is nothing but superstition. This superstition goes back thousands of years. The ancient Egyptians worshiped the cat, and had a goddess called Bastet whose head resembled that of a cat. Bastet is known by different names, including Bast, B’sst, Baast, Pasht, Ubaste, Baset and Ailuros, depending on which culture you’re asking! 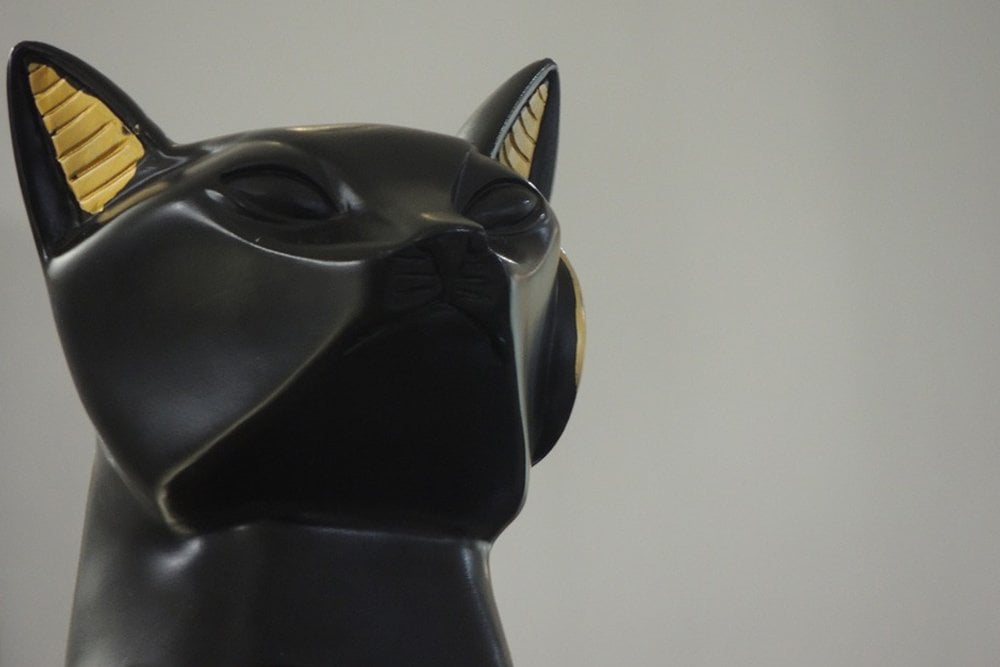 When Cats were Revered and Killing Them was a Serious Crime

Cats were highly revered in ancient Egypt, partly due to their ability to combat rodents, such as mice, rats and even snakes. Rodents or vermin that make up this delicious diet of cats were abhorred by farmers, as they used to eat crops and other food stock. Cats domesticated in royal family homes in some instances were dressed in gold. They were even allowed to eat from their owners’ plates!

Killing a cat was considered a serious felony. Punishment when found guilty of killing a cat was death. Such was the legacy of Bastet that whenever a black cat died in ancient Egypt, its dead body was preserved like a royal family member as a mummy. Recently, archaeologists have recovered remnants of thousands of black cats from a cemetery in Egypt.

Black cats in western history have often been looked upon as a symbol of evil omens. Most of Europe considers the black cat a symbol of bad luck, particularly if a black cat walks across a person’s path, which is believed to be an omen of misfortune, misery and death.

According to European folklore of the Middle Ages, black cats were able to change into human shapes to act as spies or couriers for witches or demons. Witches and mystics used the skulls of black cats to prepare mysterious medicines. As a result, people began thinking of black cats as a sign of Satan. The religiously devout Europeans in the Middle Ages were suspicious of black cats as companions, and thought of them as a part of demon sorcery. Black cats were completely abandoned, and anyone caught playing with a black cat was severely punished or even lynched! That being said, not all the cultures regard black cats with such a miserable view. The Scots have believed for ages that a sudden black cat’s arrival to a room brings prosperity. The Japanese believe that a black cat crossing your path actually brings a good luck. Some people in Germany believe that a cat crossing left to right in the path of a human can bring good fortune.

Many sailors used to carry black cats, as they believed the animals would bring them good luck and ensure their safety during their voyage. In fact, many times, even a fishermen’s spouse would keep black cats with them at home, in the hopes that black cats would protect their husbands at sea!

Hopefully, this article has made you more aware of the myths and superstitions surrounding black cats. Remember that these dark felines are just like any other cats—lovable and playful creatures, and when cared for, can provide years of loving companionship.