There are many words that we use in our daily language that seem alright when spoken in a particular way, but somewhat weird when said in the ‘wrong’ order. There are many examples of this, such as when we say that a watch “tick tocks” instead of “tock ticks”. Similarly, “flip flop” sounds right, but “flop flip” sounds wrong for some inexplicable reason. “Ping pong”, “dilly dally” and “hip hop” are a few other common examples. Even the name of the popular fictional beast is “King Kong”, rather than “Kong King”. What would it be like if his name was “Kong King”?(Photo Credit : King Kong (2005 film)  / Universal Pictures)

Why is that? There is obviously no rule that says it must be “tick tock” instead of “tock tick”, right? Still, you’d observe this idiosyncrasy in every English-speaking country across the world. What’s the deal with this strange, unwritten rule?

Quite amazingly, there is actually a name for this uncanny phenomenon….

Most people do not realize this, but when they say ‘tick tock’, they do so because they unwittingly follow an old grammar rule without actually realizing it – the rule of ablaut reduplication. This is one rule of grammar that you’ve been using your entire life without realizing that you are doing so. Ask yourself: wouldn’t you feel a little weird if someone said lightning followed a ‘zag zig’ path? Or that ants ‘cross criss’ each others’ paths all the time? You surely would, because all this time, you’ve been unknowingly following the rule of ablaut reduplication.

A Subtle Rule Of Linguistics

As the word signifies, ‘reduplication’ in linguistics is when you repeat a word, sometimes with a modified vowel (e.g., ding dang dong) or sometimes with an altered consonant (e.g., nitty-gritty). As such, if there are two words, then the first word contains I, and the next word contains either A or O (e.g., ‘mish mash’, ‘hip hop’, ‘chit chat’ etc.).

However, if there are three words in question, then the first word contains I, the next contains A and the last word contains O (e.g., bish bash bosh). It doesn’t have anything definite about it, but it somehow just sounds right. It’s one of those unconscious rules of English pronunciation that we all have. Without anyone telling us, we have somehow learned on our own that this is the correct order, and putting vowels and consonants in any order just sounds strange (if not outright wrong).

We really don’t know why this rule holds good and is followed all over the world, but it’s believed that it might have something to do with the movement of your tongue or the ancient language of the Caucasus. Also, it might be related to the physics of sound. Also Read: How Did Silent Letters Come Into The English Language?

Consider the example of ‘hip hop’. We usually pronounce the word ‘hip’ with a higher tone than the word ‘hop’; therefore, an elevated ‘hip’ is followed by a lower-toned ‘hop’. While pronouncing the O in ‘hop’, the tone of the word is dropped a little, which is, in turn, associated with opening your mouth more than when you pronounce ‘hip’, which is of a higher tone, and is a bit tighter than ‘hop’.

In simple words, the quickness and tightness of the ‘I’ sound in ‘hip’ make it seem like something is going to follow it, while the ‘O’ (or ‘A’) sound in ‘hop’ is more drawn, and might give the idea of a conclusion, as if the word has come to an end. That’s why when you say ‘Kong King’ (instead of ‘King Kong’), it gives you the eerie feeling that something just isn’t quite right. 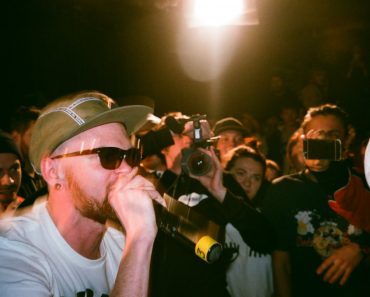